I definitely need to catch up with everyone.  And here it is the last day of 2014 already!  I hope all of you had a wonderful Christmas!


Here at the BLM, some people participate in the Lights Parade.  They decorate their cars/trucks with lights and parade through the BLM several nights so everyone can enjoy them.  I wasn't prepared with my tripod, etc. for clear/focused night photography (plus it was windy), but you get the idea. Everyone had fun with it!

Five of us went to Lin's Chinese Buffet in Yuma on Christmas day.  The decor is not your typical red and black with paper lanterns and plastic dragons.  Lin's is a bit more "richly" appointed, I would say. There were about 6-7 double lanes of buffet items....including an all American row for those who shy away from Asian cuisine.  They also have a separate sushi station and a Mongolian Grill area...steaks, etc cooked to order.  The food was quite good....with tons of selections within the buffet.  Oh...and also a dessert lane! 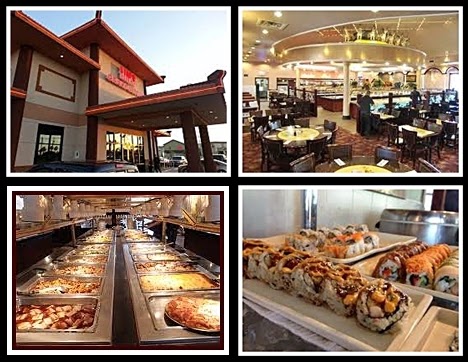 Everything from fried rice to octopus! 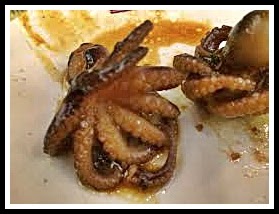 The BLM is getting more and more snowbirds now, but it's such a large area, it doesn't seem crowded at all.  People can choose to be near others...or not.  A big WELCOME to all the Canadians that have arrived!  From Quebec to British Columbia.... 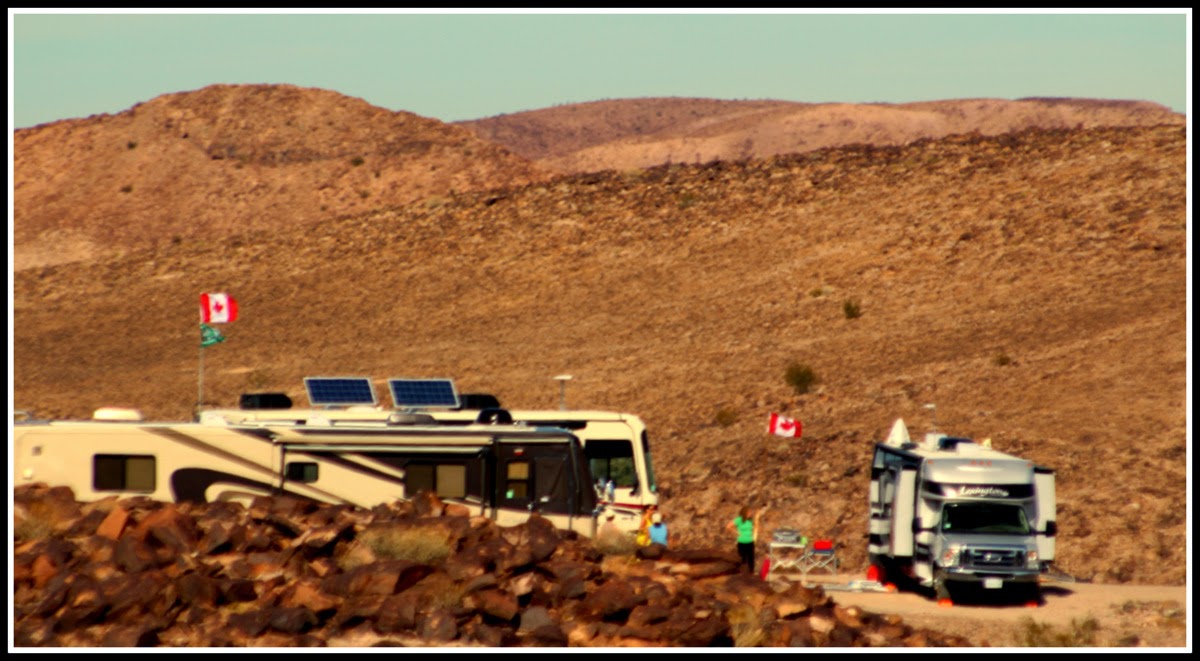 As I've mentioned previously, staying in one place like I am now, the hub-bub of great travel exploration is quite diminished vs. my summer travels.  But, just like many of you with gardens, everything winters over while we take a rest.  Scouring the seed catalogs becomes a fireside activity to get us through the cold, grey winter in anticipation of spring. (At least that's what I used to do in the winter when I had gardens!)  But, now, instead of plotting my garden, I'll be plotting my route for the summer months.  I won't be pushed this year to get to any particular destination, i.e., across the entire U.S. like I was this past summer, so I'm thinking I might focus on a couple of states - definitely "out west" - and explore them to the max. 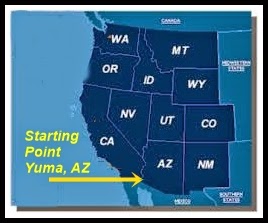 I'm still in the "thinking" stage of planning - it's all up for grabs right this minute!

About a week ago, there was disturbing activity relatively near by....brush fires.  They started in the evening and continued on into the next day.  I thought perhaps they were controlled/planned burns, but from the reports, it was arson.  Not good! What are people thinking????  We weren't in danger here at the BLM, but the fires did run along the main road from the Yuma Proving Grounds towards the turn off road to this area...but still relatively far away....but, due to the topography, not so far that we couldn't see them. This is just one area that I shot in the morning from the RV.  Luckily, the smoke was drifting away from our area except for a short time in the afternoon when the fires were pretty much extinguished. 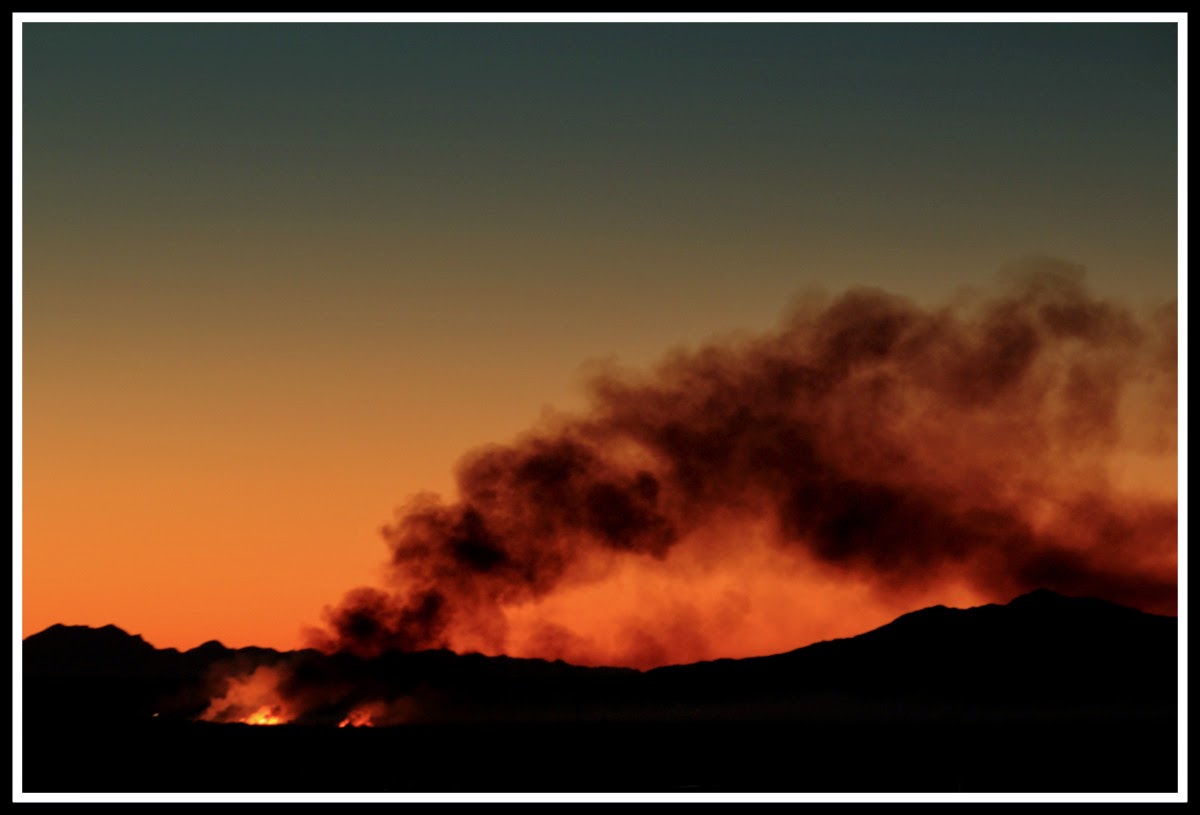 Okay, on a lighter note, I had a couple of visitors wander near the RV one afternoon.  It's amazing they find enough to eat.  One particularly windy day out on the golf course we saw eight down in a huge pit by the course....we surmised they were trying to get out of the wind...which was pretty chilly. 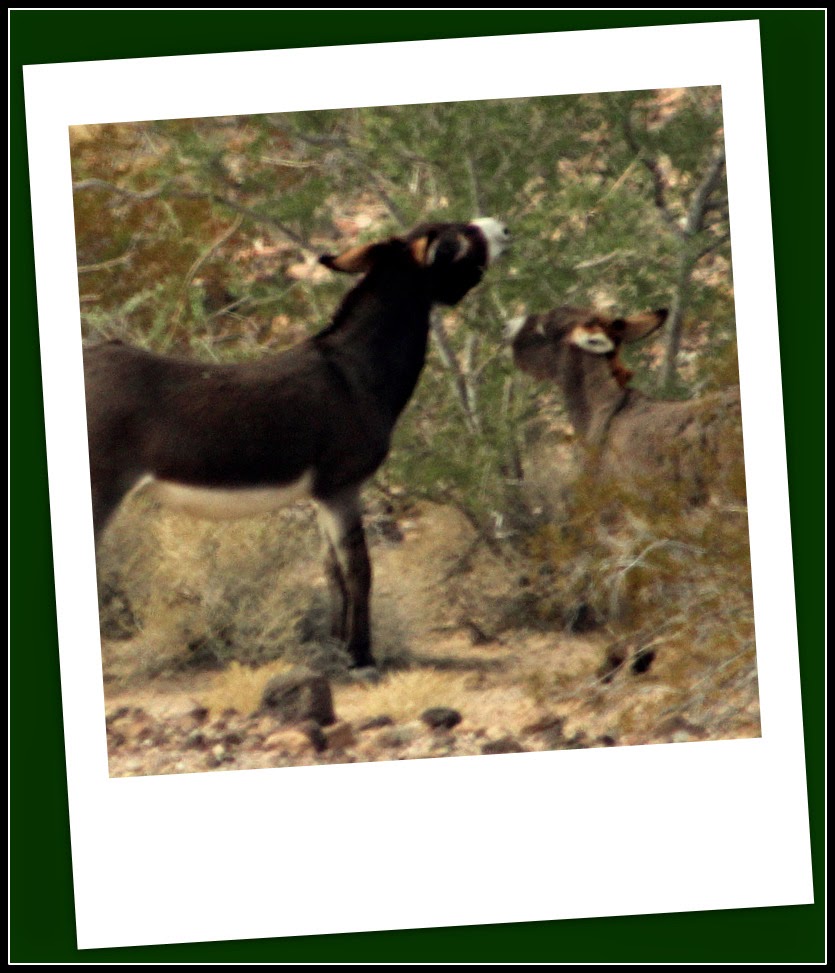 Speaking of the weather...... BRRRRRRRRRRRRR is all I can say lately!  It has been very unseasonably cool (actually COLD in some parts of the day/night).  Down in the 30s at night.  But the windy conditions have, of course, made it seem colder.  The day temps have been low, also.  I hate to complain because it is much colder in most parts of the country, but I'll complain anyway! LOL!

Many days it has been in the 50s which doesn't sound too bad, but that's almost 20* colder than normal plus it was overcast for many days - no warming solar effect - and very windy, so it feels more like the 40s.  We've managed somehow to play golf most days - out of sheer determination! This morning, while I didn't make any birdies, I gave myself a lot of points for just being out there! It was windy and freezing!  These are the average temps for Yuma -- MUCH higher than we have been experiencing! But I'm sure desert warmth is on the horizon!  Let's hope!  (It's supposed to SNOW in Las Vegas tonight!)


Even with the cooler temps, we have had more beautiful sunrises and sunsets since my last post. 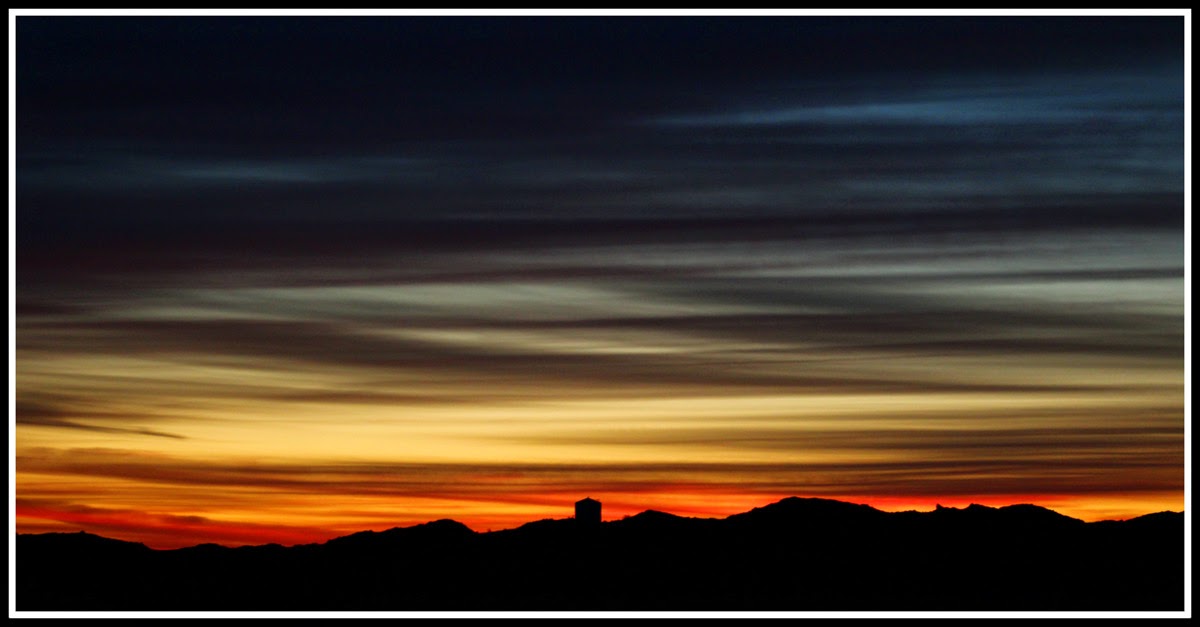 The cool temps did bring a foggy morning over the reservoir, which was nice.... 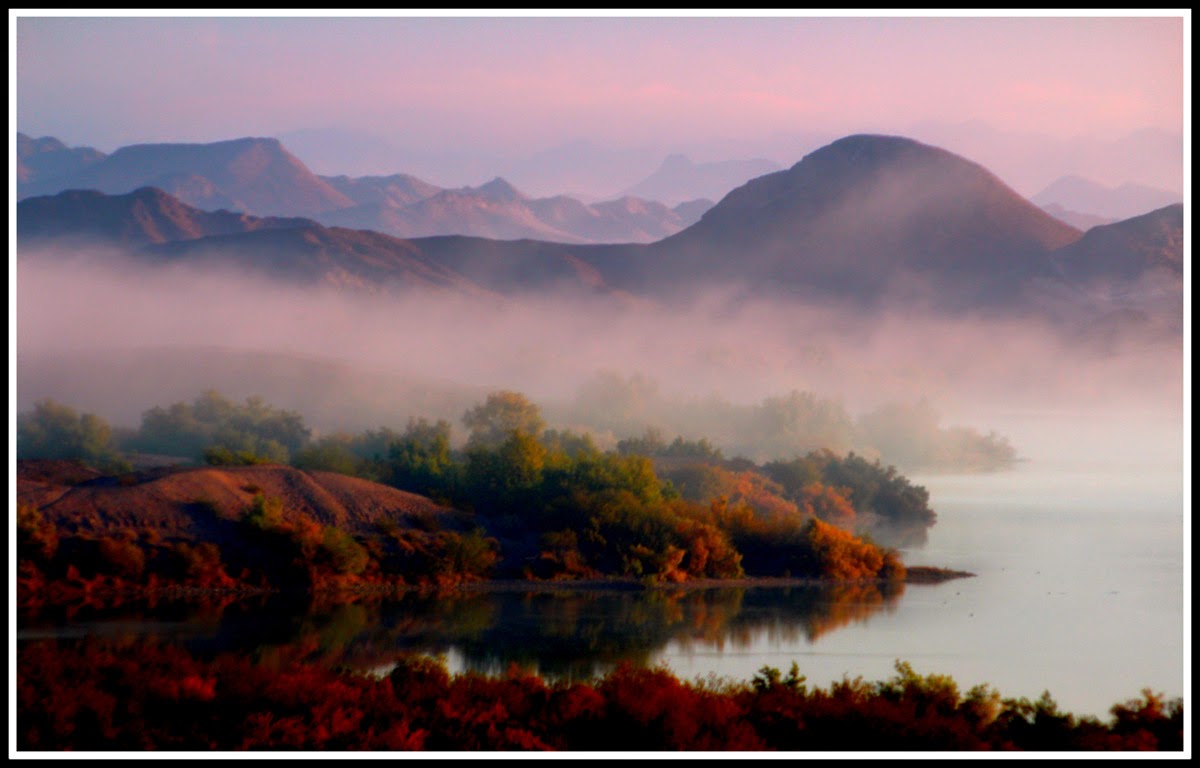 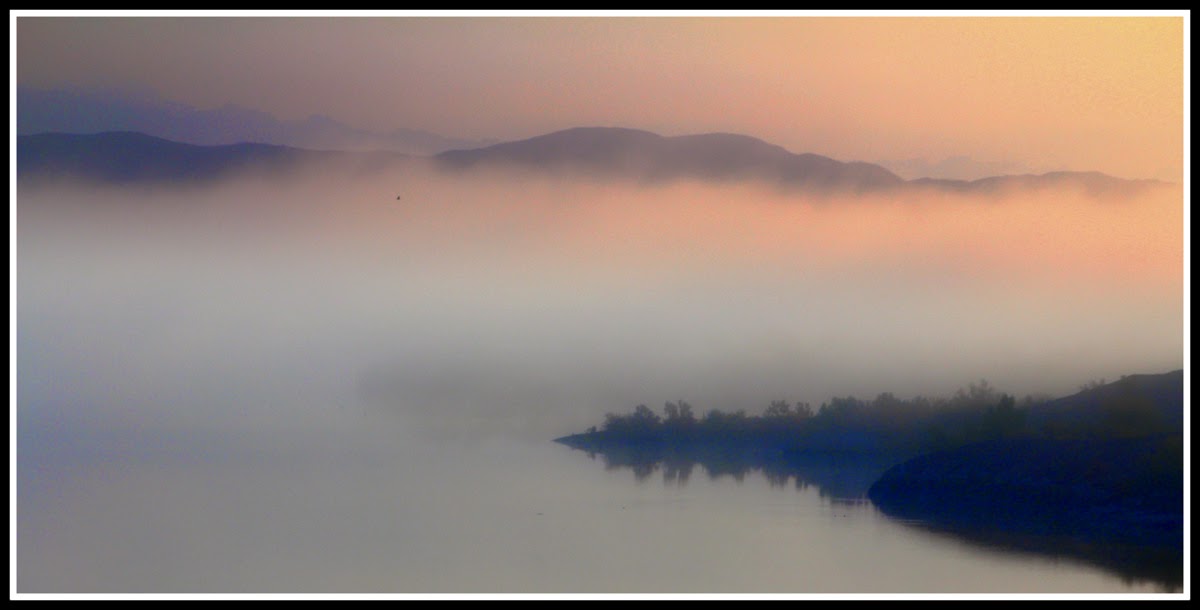 Just can't get tired of the brilliant Arizona sunsets! 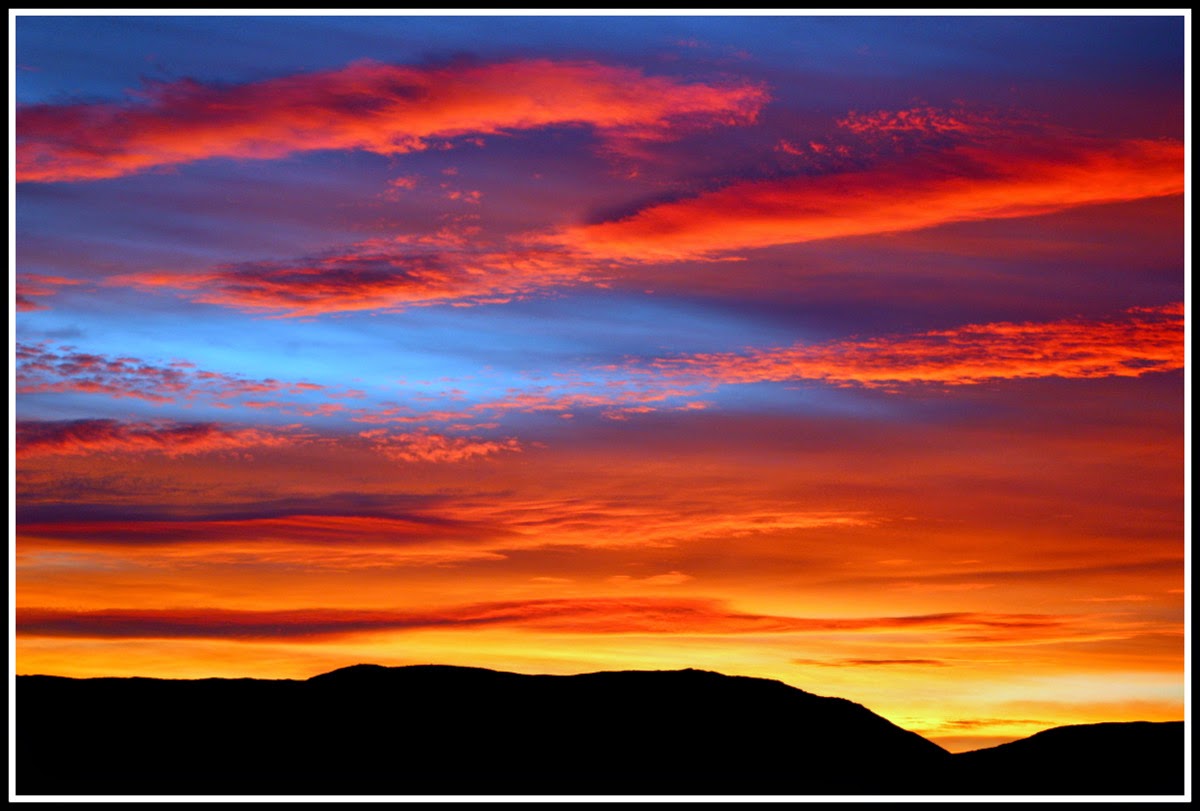 One day we had big fluffy clouds as far as one could see....so pretty! 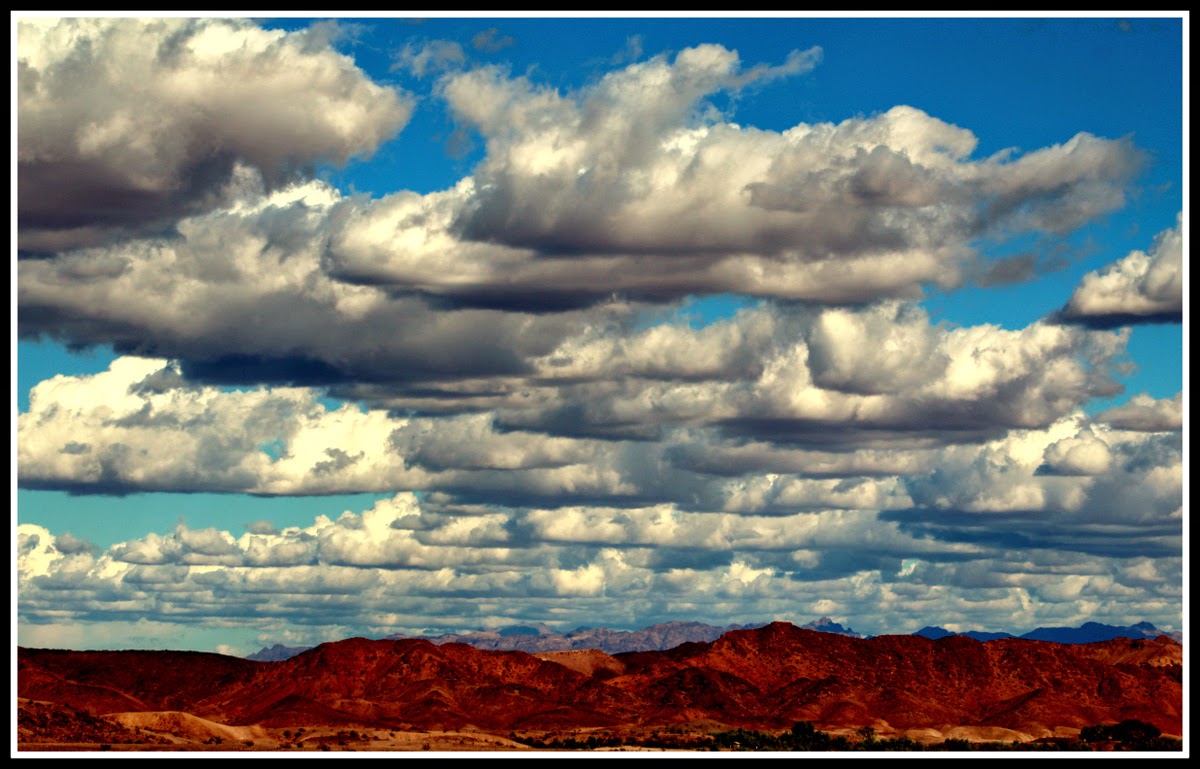 During this time off from posting, I also celebrated my SIX month anniversary of full time RVing on the 23rd.  Hard to believe!  What's really hard to believe is how natural this way of living has become!  No regrets is the best part!

So, with that, I will bid everyone a very safe and HAPPY NEW YEAR!
2015 will be a great year for us all!
I have no "bubbly", so have an extra sip for me! 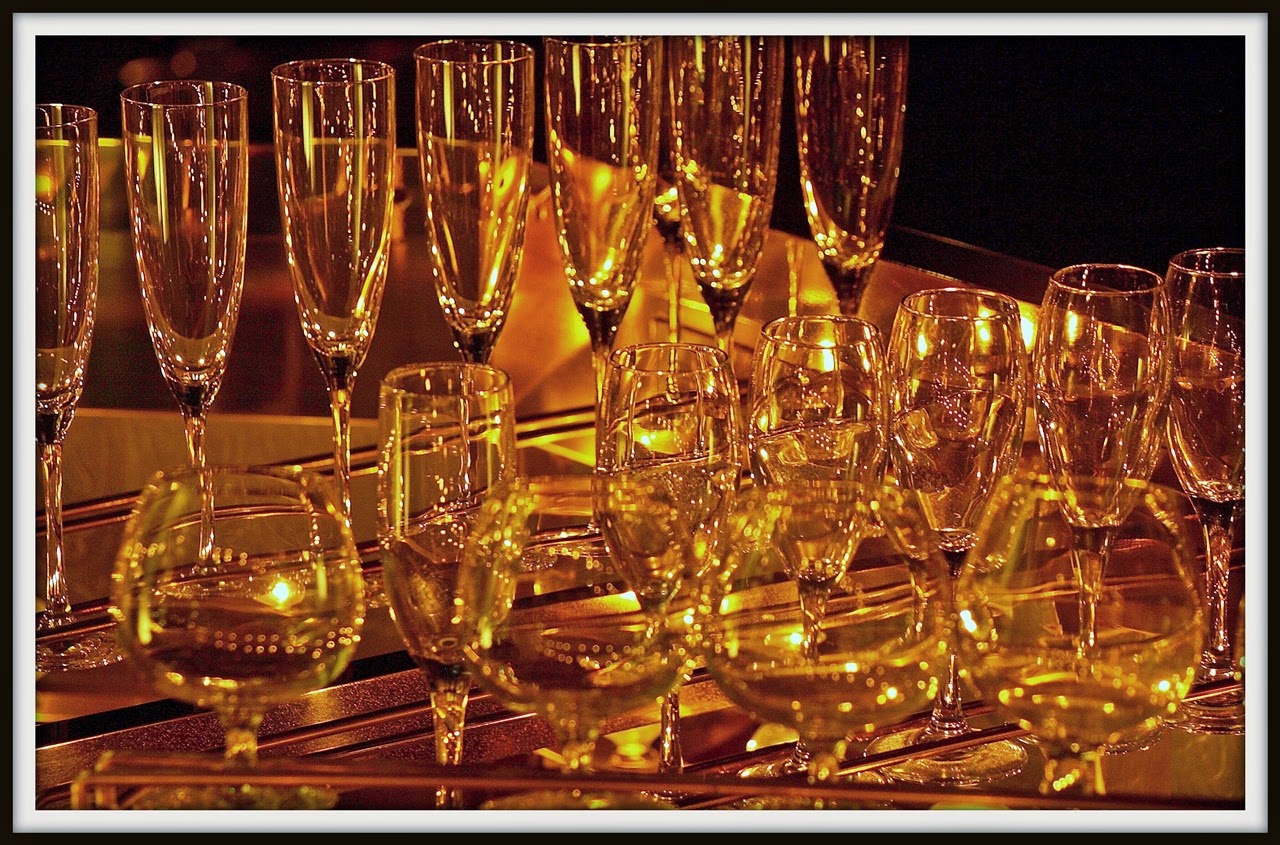