We are seeing more and more "snowbirds" arriving here at Senator Wash Reservoir, 25 miles north of Yuma.  For the first couple weeks, there were two of us playing golf, then all of a sudden, there were eight of us one morning.  Most all of my golfing buddies came in all at once. Most all of my good friends from last year are here now.  It will be interesting to see if the numbers closely match that of last year...about 504 rigs spread across this 11,000 acre BLM.  A lot of people don't arrive, tho', until after the holidays....they want to spend them with family, grand kids, etc. and in some areas it's not "frigid" yet, but they are definitely ready to be here by January and February!  Here are our temps coming up for the next week or so.  No bad for mid-November! 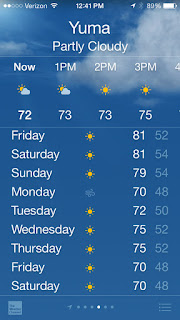 I met a full timing "new to RVing" couple from Chicago on an RV group on Facebook and they were looking for somewhere warmer to winter than the Sedona, AZ area.  The elevation there is 4500' keeping it quite cool...even "cold" over the winter months. Brrrrrrrr.,,definitely too cold for me!  The elevation in Yuma is 140'. BIG difference!  So, I suggested Senator Wash.  After answering a lot of their questions, they arrived here on Saturday.  I went into Yuma with them the other day to show them the shopping highlights....grocery, Walmart, etc. so they could get an idea where the important stops are.  So far, I think they like it....and the variety of things to do right here within the BLM is also a big plus.  It will take them a little time to get the feel of this being "home" for several months, but I think they will see the advantages, eventho' it's boondocking, vs. staying in RV parks all the time....no close neighbors, no noise, no lights, stargazing, etc.  Not to mention the cost savings!  :-)

The other day, Nikko and I heard a loud whirring noise outside.  I didn't think much about it because I thought it was some kind of "something" flying over from the Yuma [Army] Proving Grounds.  But then it sounded just a little too close.  I looked outside just in time to see what was buzzing around... 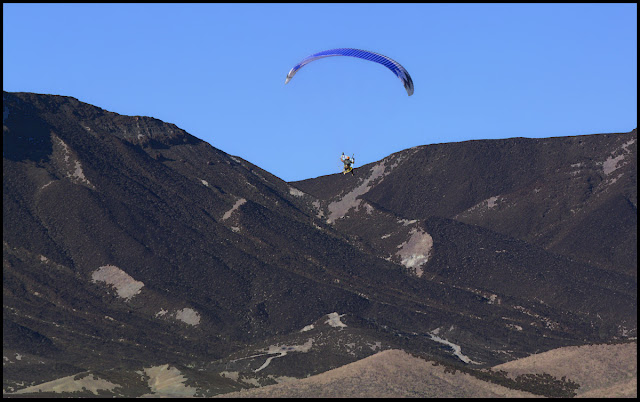 I wish I had looked out sooner because he had been virtually right next to the RV!  But, nonetheless, it was fun to see him.  You just never know what's going to pop up....or fly by, I should say!

I've been cooking a lot in the Go Sun Solar Oven!  Hands down, I think this was the best pork tenderloin I have ever had!  I cut the tenderloin "log" in half lengthwise and it fit perfectly into the tray.  I seasoned it just with salt/pepper and a good drizzle of sesame oil.  Into the oven and out into the sun it went! About 1/2 hour later, in this full AZ sun, it was at 140* -- perfect!  145* is "done" for pork, but it is still cooking while it is resting on the counter for 5-10 minutes (called "carryover" cooking).  After the rest, it is 145*.  I made up a simple glaze of cherry preserves, dijon mustard and thyme.  That, mixed with the juices and the sesame oil, was delicious!  I could barely stop eating it, it was so good. It was so juicy and melt-in-your-mouth tender. 5***** Star I would say! Try the glaze....it would also be really good on turkey or chicken...maybe as a second "cranberry sauce" on your Thanksgiving table!  Add a little "zing" with a dab of horseradish! 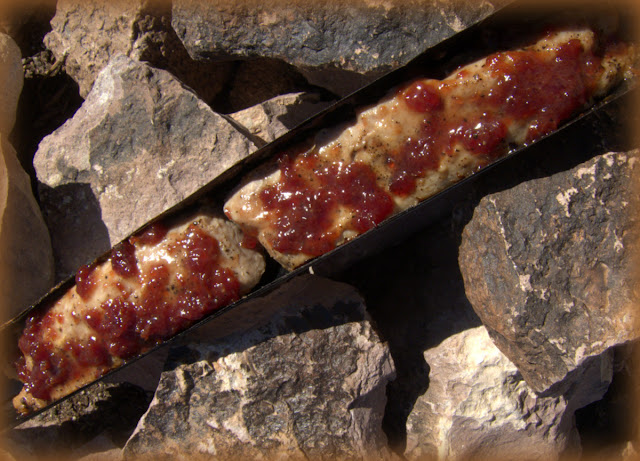 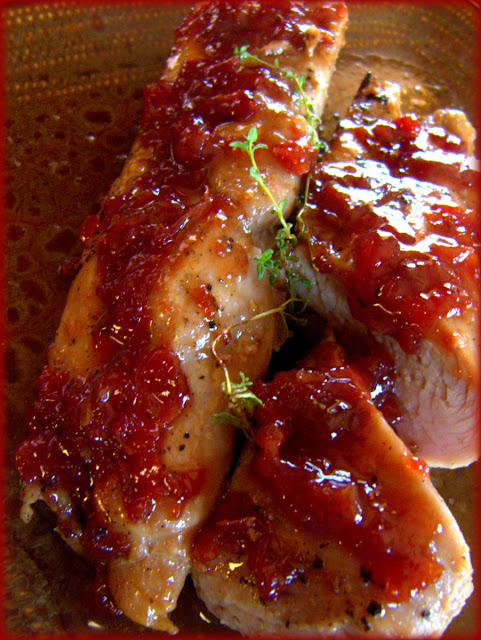 I also baked up some pumpkin/banana cake.  It came out sooooo moist!  It was kind of like a banana upside down cake in that I laid the banana slices in the tray and covered them with brown sugar and cinnamon, then poured the cake batter over.  When I flipped it out, the bananas were ooey-gooey and the cake baked just right!  Great for breakfast with coffee or tea. 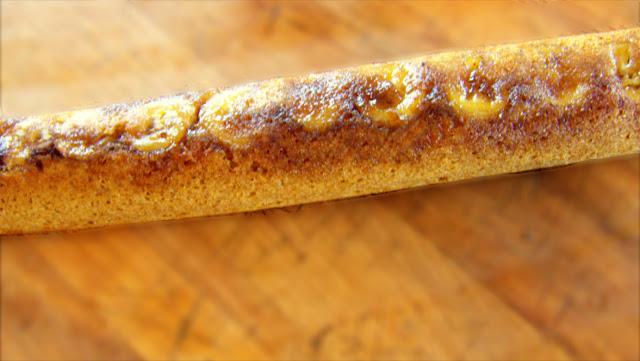 I also roasted some chicken thighs and sliced brussels sprouts and onions.  Again...perfection!  The chicken was moist and flavorful and the sprouts were great! 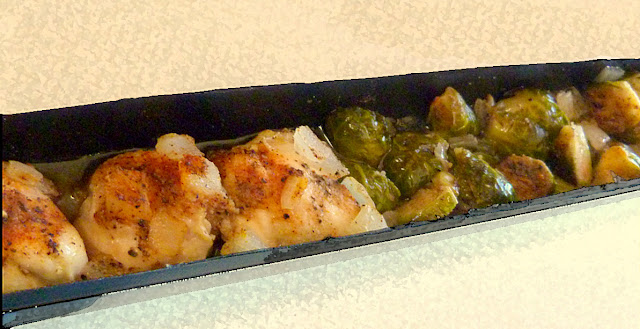 Then on to a yummy dessert!  Baked pears and bananas...into the solar oven with a few drops of pure vanilla extract (almond would be good, too!), a little butter, brown sugar and cinnamon.... 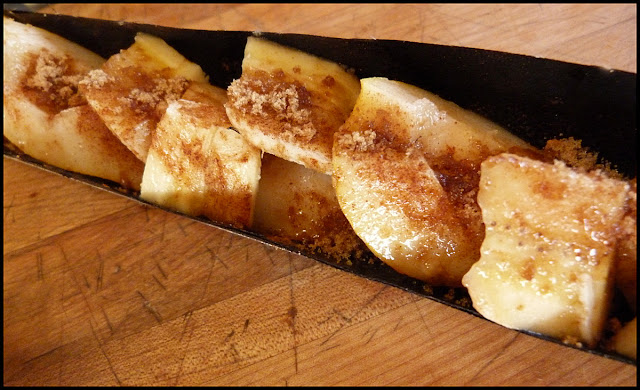 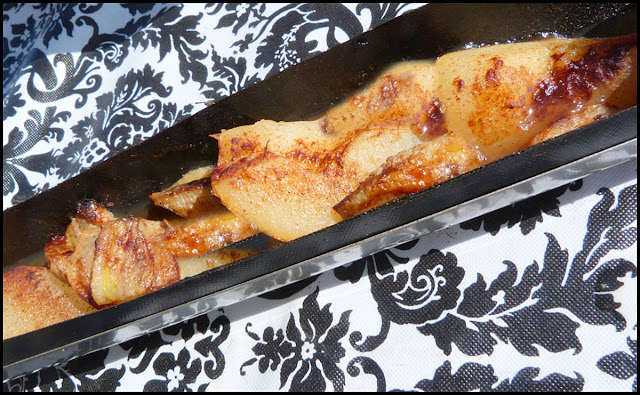 Great over ice cream or topped with vanilla yogurt or custard!  Maybe add a little fresh mint or basil.
This was really good! 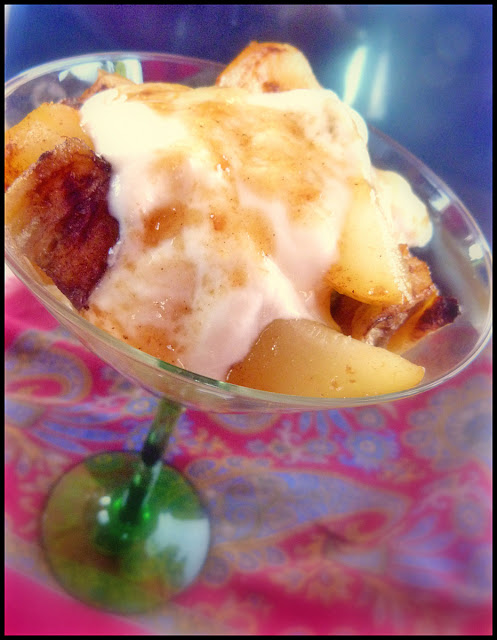 You may get tired of me touting the greatness of this solar oven, but I'm going to report my success stories anyway!  LOL! (So far everything I've tried has been successful!) I'm just keen on keeping everyone mindful of what the sun can do for us in our every day life as a wonderful energy saver....and cooking great food on top of it!  Win-Win!  Plus Go Sun is a super company made up of energetic, dedicated entrepreneurs!  They were just named a CES 2016 Innovation Awards Nominee. The CES awards are sponsored by the prestigious Consumer Technology Association.

I took a couple of "artsy" photos of my main objects in view....rocks, rocks and more rocks.... wanted to see what artistic merit came from such a natural earth specimen....rock still lifes.  I really like the black & white. 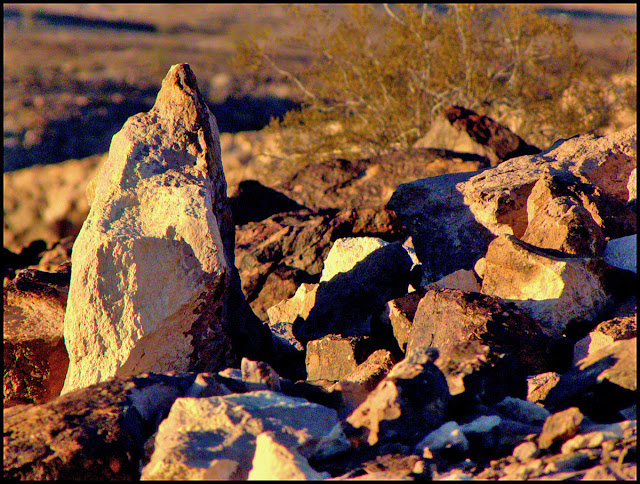 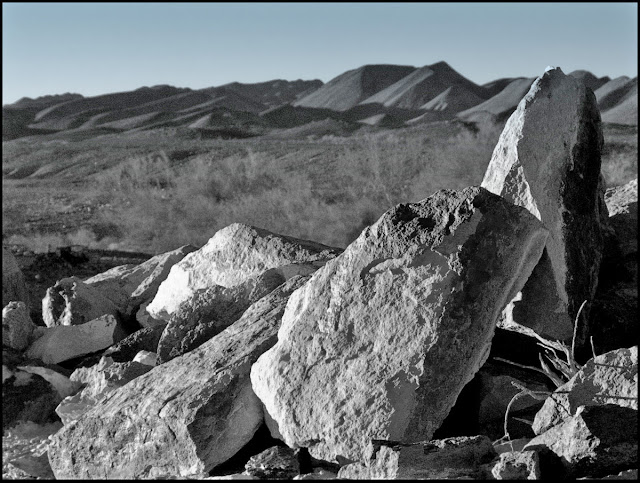 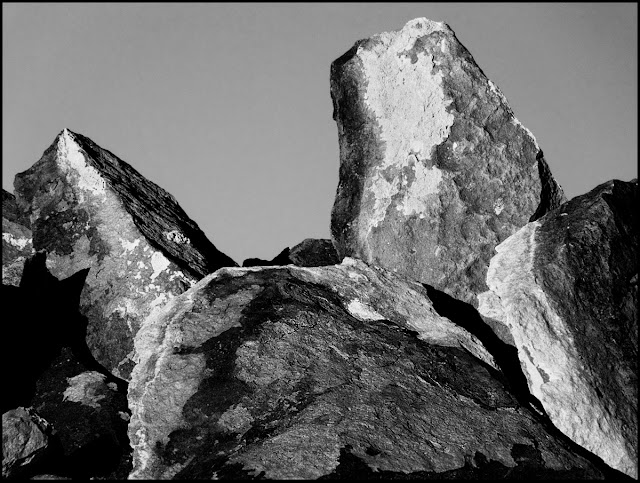 I don't think I've mentioned, at least not this season, that campers can park right on the edge of the reservoir.  Folks with the Long Term pass like I have can't park down there....it's only for those with the shorter term passes...probably so more people can have a turn at camping on the beach. That makes sense.  It's pretty cool, I think!  You can't get closer to the water than this! 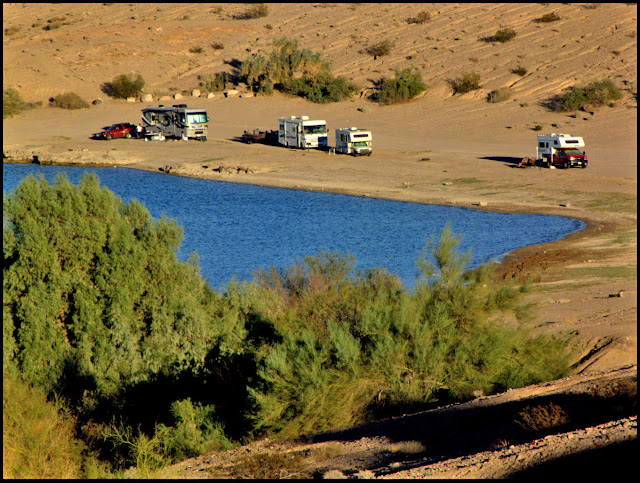 Six of us went on the first "organized" hike of the season this morning.  Kind of brisk and quite windy, but nice views!  Here's a sneak peak of our trek start.....more in the next post! 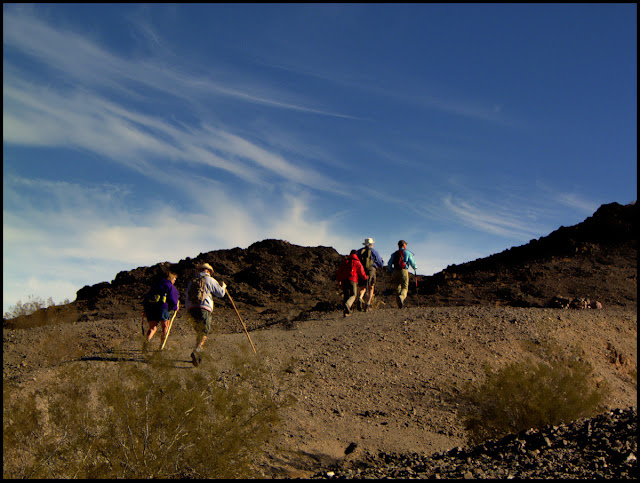 That's a wrap from here...for now!

As always, thank you for shopping my Amazon link!
Great Savings on Today's Deals!