Sorry I've been away from the blog for awhile!  I can't believe we are into December already!


We had a very nice Thanksgiving feast here at the BLM campground.  Tons of food!  And there needed to be tons.  Upwards of about 100 fellow RVers attended!  I didn't get many photos only because I wanted to be in the food lines.  LOL!  Plus it was a little brisk, and I don't care for cold food.  Here are a few from last year to give you and idea. 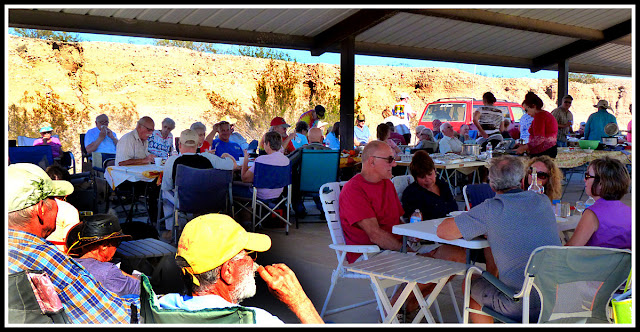 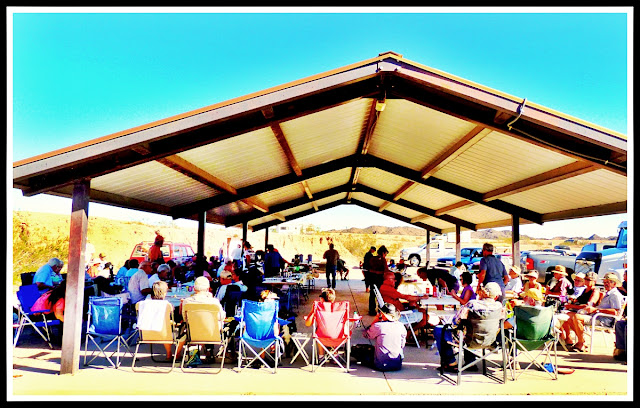 We were fortunate that the full moon was aligned with the holiday! 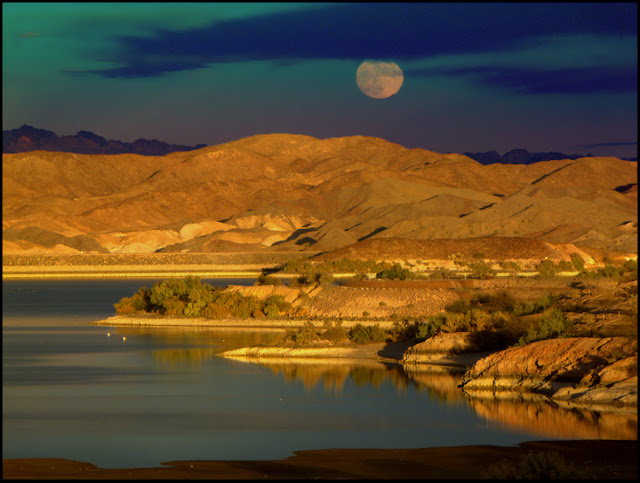 Not a lot out of the ordinary has been going on around here the past week.  More folks coming in for the winter.  I see just about everyone I knew from last year, so lots of familiar faces.  Still playing desert golf just about every day....except for the chilly, windy days.  I'm just not a fan of wind!  A breeze is fine, but it gets WINDY out here.  Hard to concentrate on making a hole in one!

I've been back down to Los Algodones, Mexico.  I escorted the new RVers there one day so they could see what it was all about.  We haggled with a few jewelry dealers and had lunch in a little restaurant in the "mall".  Mall of dentists, that is.  If  you recall, there are 400-500 dentists within about 3 blocks.  Crazy!  Anyway, we had a nice lunch and were entertained by musicians....a local, Mexican duo.  He handled the electronic keyboard with all its various sound effects and she did most of the singing. They totally cater to us "snowboards" with songs like "Roll Out The Barrel" polka and Patsy Cline songs.  It's pretty interesting to hear these songs delivered with a strong Mexican accent! I didn't take my camera along on this little trip.  I'll be back down there again before March, I'm sure.

The weather will be around 80 this coming week!  Can't beat that for December!  But then it drops to the 60's, which still isn't bad.  That little wind symbol on Friday doesn't look fun.  That usually means 20+ mph winds....which will be bringing in the "cold" weather.....batten down the hatches! 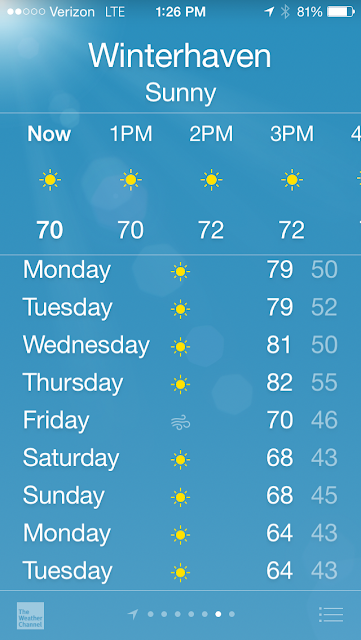 The "Sky Guy" is still buzzing around....that really looks like fun to me! 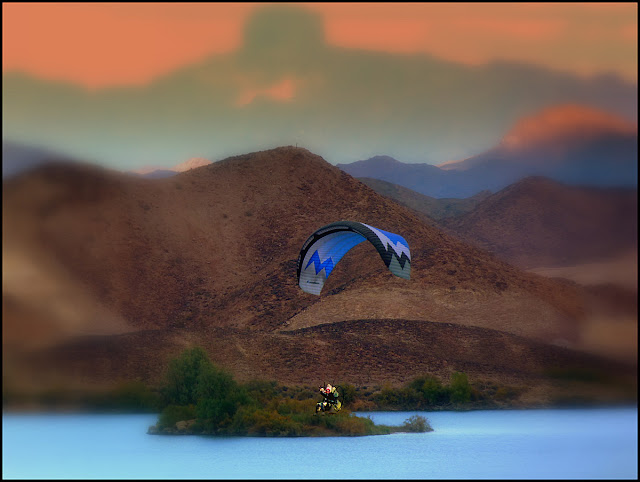 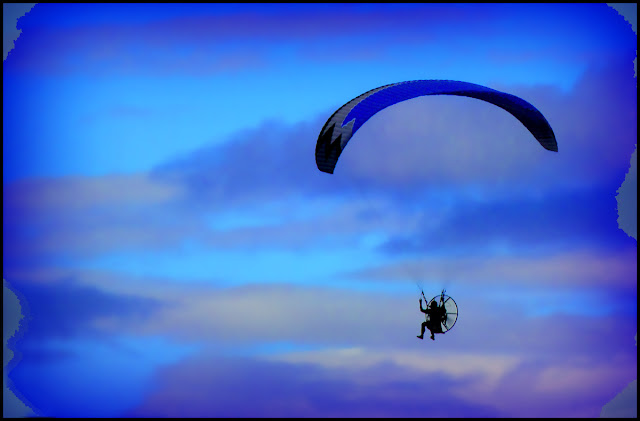 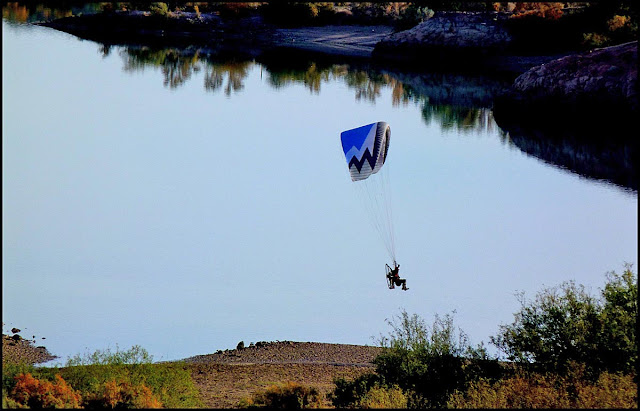 I missed this week's hike because I forgot what day it was!  One day melds into the next out here.  I often have to look at my phone to know what day it is.


The main reason I've been tardy in posting is due to my #1 least favorite company in the universe. Hint: Starts with a "V" and ends with "erizon".  They pulled the unlimited program out from underneath everyone who had gotten in on it....including an entire school system.  I could say a lot of unattractive words about it all, but since it's the holidays, I'll keep them to myself!  LOL!  Anyway, I'm hooked into a friend's system here at the campground.  It works, but it is slower than I've been used to, and I want to be thoughtful about how much I'm using it so Netflix and any other streaming I was enjoying have come to a screeching halt.  I also couldn't get the signal booster to work through my laptop, so I've had to resort to using my old Windows 7 laptop until I can get the other one working.  That means, transferring all my photos from the good one to the old one....at least for this post. And the old laptop has issues...like sticking keys, overheating and a battery that seems to last only about 10 minutes.  But, I'm grateful to have, at least until I leave here, some resource for internet that doesn't involve the above mentioned provider!  With all that said, right now I have a really fast connection!  My day is complete!  LOL!

When I go into Yuma, I drive through the Army's Yuma Proving Grounds.  Consequently, I often see lots of military apparatus.  One day I'll stop at the Visitor's Center and get some photos of all the tanks, etc. they have on display.  Here are a few snaps I took on my way into town the other day.... 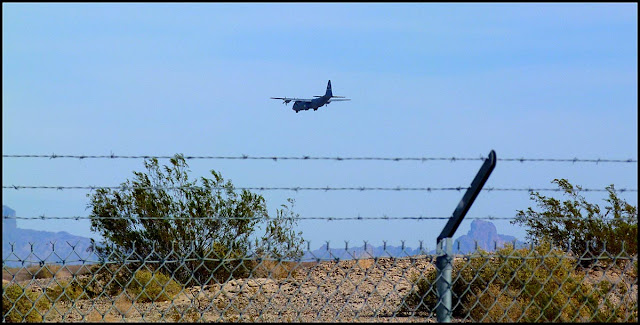 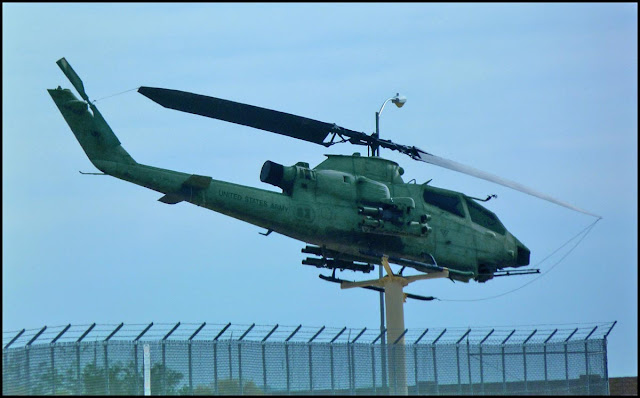 As is the norm out here, we've seen more pretty sunsets and sunrises! 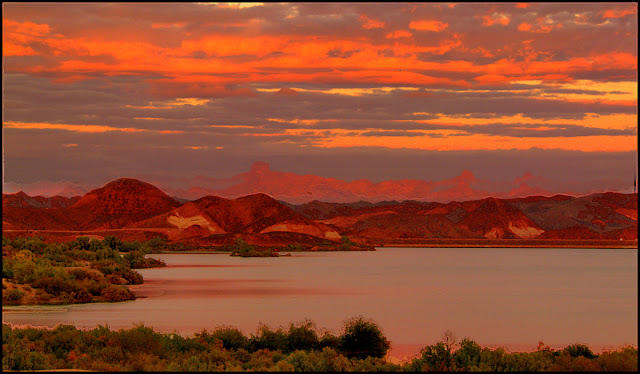 There aren't a lot of birds around here, but every once in a while a flock of red-winged black birds will swoop through. Hard to imagine them in the desert....I've always seen them out in farm land areas.  We're probably not supposed to, but I toss out bread crumbs for them sometimes. 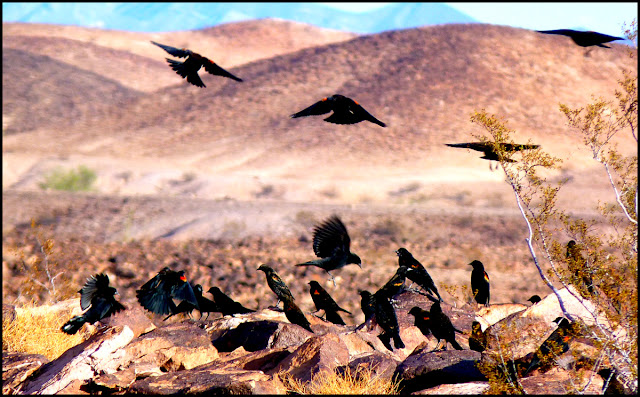 Oh -- I promised to give you all the recipe for the side dish I made for the Thanksgiving potluck.  It's so easy and it was gone before I could even get a taste of it...so I made 1/2 recipe for myself yesterday!  A lot of people tracked me down to find out what it was and to tell me how much they enjoyed it.  Prep time is about 10 minutes - baking time is 25-30 minutes.

*(Sometimes I caramelize the pineapple in some butter and a little brown sugar ahead of time.  Really like it better that way.) 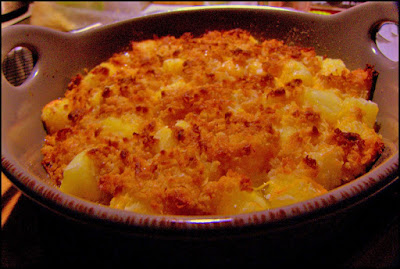 I've also been working on adding "zen-gems" into my zen art.  They are drawn with colored pencils and take a little practice, but they are fun to play around with... 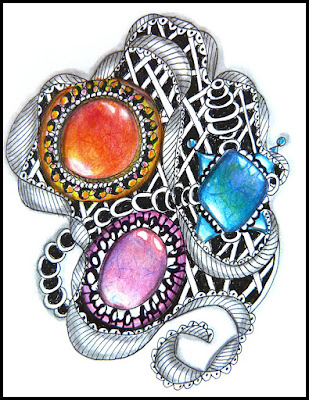 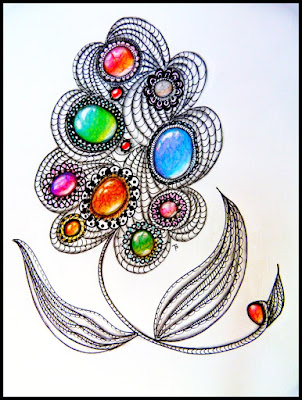 That wraps up this mish-mash of happenings around the BLM lately.  Some people are putting their Christmas lights up....more on that later!

Thank you, everyone, for ordering through my Amazon links!  I earn a [very] small commission on orders placed via my links, but it all adds up and helps me maintain the blog.

Have a great week! 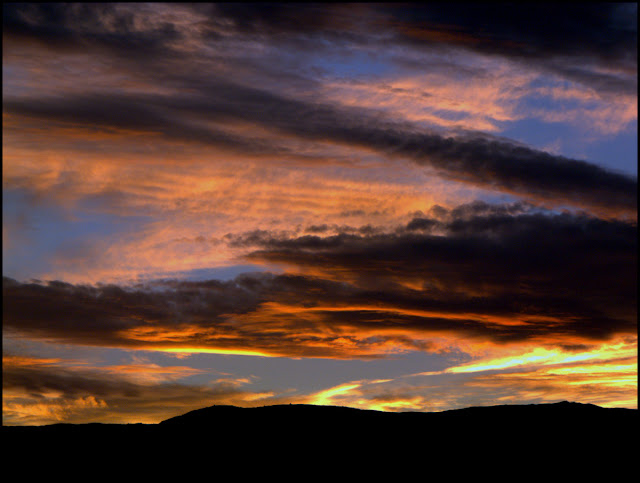