First, thanks to those who posted a comment.  Glad you are still hanging around with me!

We started out from the Saddle Lake campground and headed toward some off-beat area that I had heard about.  After several gravel roads that didn't look promising.... 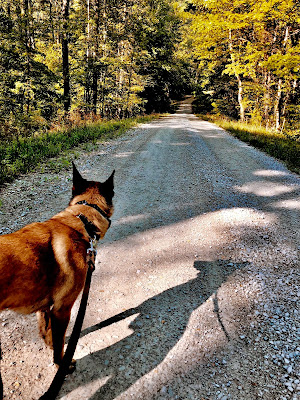 we turned around and headed to Young's Creek Horse Camp.

This is our last night at Young's Creek Horse Camp in the Hoosier National Forest. We've been here since the 14th.   We are still in the southern part of the forest.  It's been a nice stay....except when we first arrived and it was 93*.  I had to put cool, wet towels on Bo at night.  It was HOT!  But it tapered off and most days have been in the high 70's-low 80's, with a few scattered rain drops here and there, but still a lot of sun.

This is a relatively small campground about 4 miles south of Paoli, Indiana.  When you first come in, there's a decent size grass area for the horses and a nice pavilion.  The restrooms and non-potable water spigots are in this area. 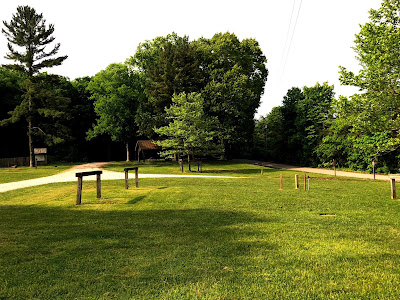 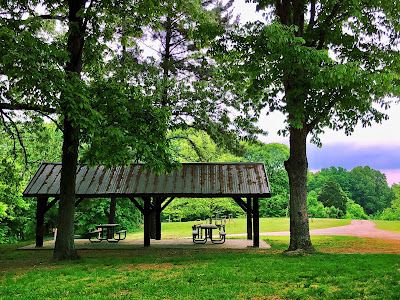 Once you pass the pavilion, turn right down the gravel lane and immediately you see the campsite loop.  It's small.  The campsites really aren't carved out too well, but luckily, I got what I thought was the best one......easy enough since I was the only one here at the time.  (A couple of campers showed up later in the week for a night or two.  They were quiet...did their camping thing...and left.) 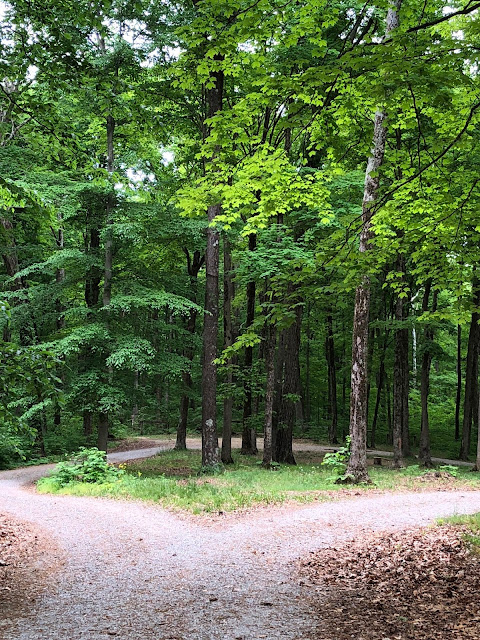 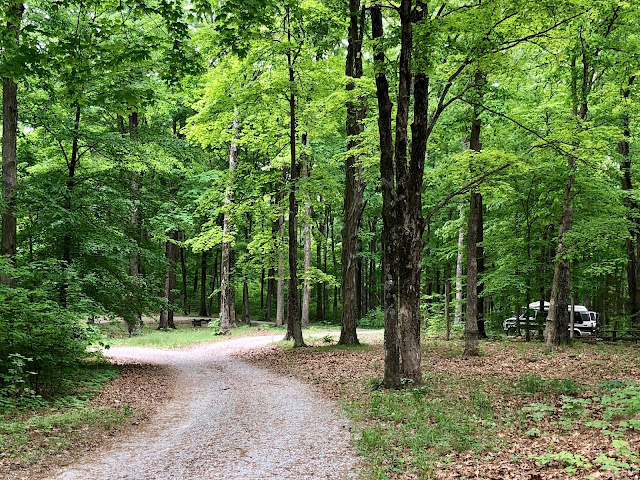 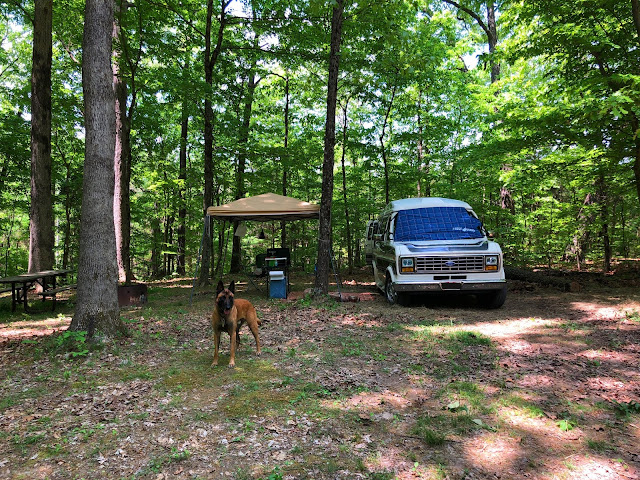 There's not much happening around here.  We only saw two horseback riders all week and that was about 20 minutes after we arrived.  There's a trail at the bottom of the loop.  Bo and I walked part of it most every day.  I spoke too soon..... a very large horse trailer just pulled in up at the pavilion.  They must be staying overnight as it's 8:00pm. 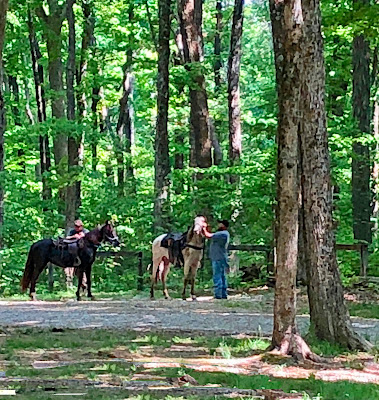 I've made friends with the Park Ranger, Donald, and the maintenance man.  I had met both of them when I was at Saddle Lake last year before the broken arm dilemma.  Both are very helpful.  It's always interesting to learn something about people you run into.  The maintenance man's uncle was Roger "Jellyroll" Troy.  He played bass with The Grateful Dead and other great bands.  Who knew??

When we first arrived, there were lots of gnats and flying things around.  I had some mosquito netting so I put it up around my camp chair, under the pop-up canopy.  I think we must have just stirred up the insects because they really weren't bad after everything settled down.  But, I kept the netting up anyway since I went to the trouble of hanging it.  Bo stayed under it more than I did for some reason! 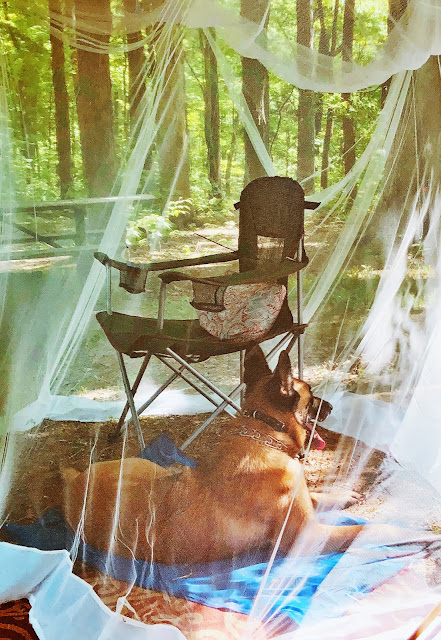 This site wasn't easy to keep clean....well....how clean could it be in the forest???  Usually I can keep up with sweeping off the outdoor rug, but not this week.  Between the breeze and Bo dragging his lead across it, a constant cover of dead leaves and twigs took over.  Not much was actually tracked into the van, but it still bugged me!  LOL! 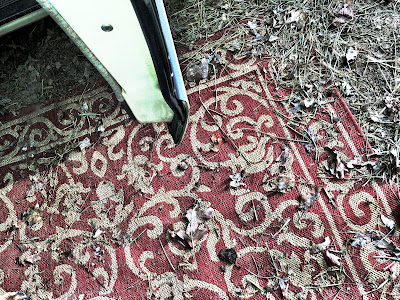 Bo had fun in the leaves, tho! 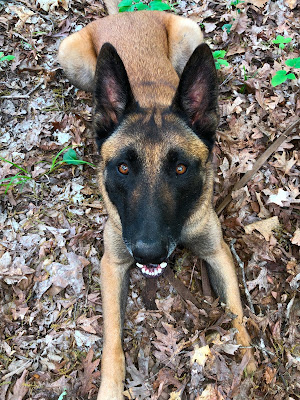 No wildlife to speak of except the peck, peck, peck of a woodpecker somewhere.  I never did see it.  I guess as close, literally, as we came to "wildlife" was this: 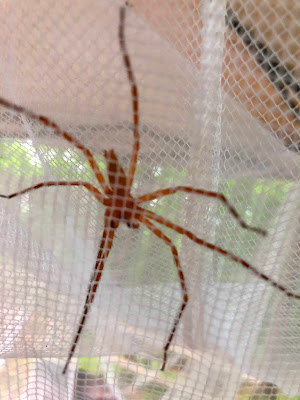 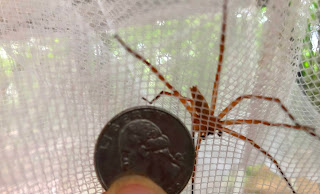 He was caught up in the mosquito netting.  Better there than in the van!  ACK!!!

We mostly just lazed around all week.  Bo liked this comfortable view and so did I! 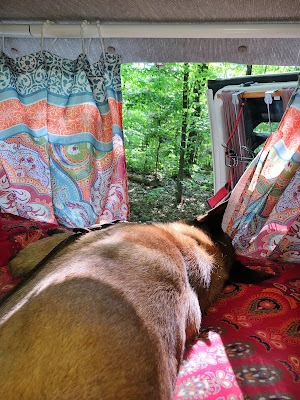 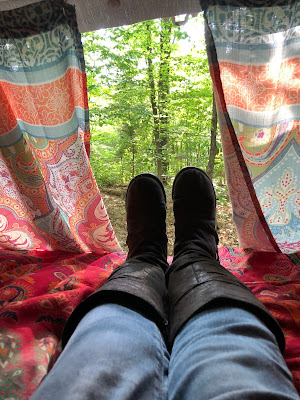 Tall boots in 93* weather, you ask??  YES!  Tick prevention.
I give Bo NexGard and I never saw one tick on him.  It really works!

Across the road, visible from the pavilion area, is this very handsome barn. 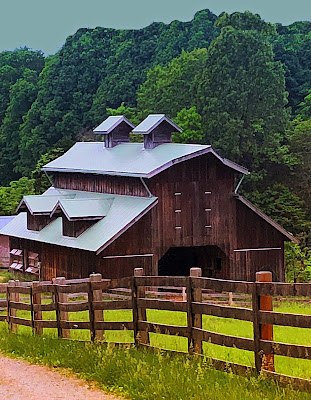 This area of Indiana is quite surprising in it's offerings.  A huge attraction is the French Lick Resort/West Baden Springs Hotel.  It is unbelievable. It's about 10 miles west of Paoli. I've never been there, but I did grab some photos  and a video from the internet.  French Lick Resort Website  More great pics on the website!  It has a glorious spa and casino!  If someone wants to foot the bill, I'll be happy to give an indepth review!  LOL! 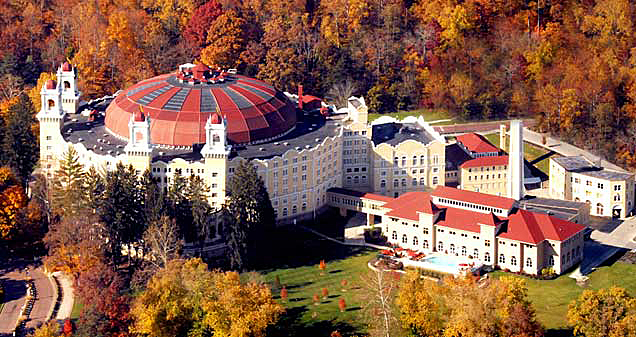 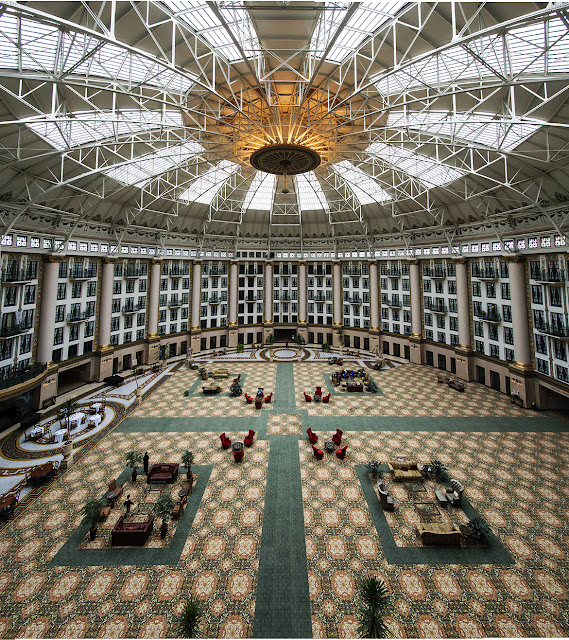 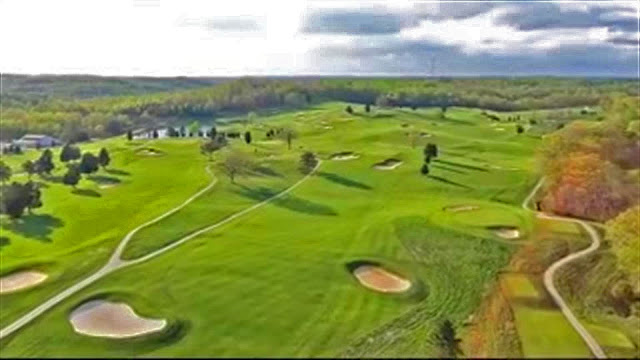 Speaking of wildlife, there IS wildlife nearby in Paoli.  The Wilstem Ranch.  You can have personal interaction with giraffes and elephants.  It started back in 1915.  Pretty cool!  Here's the website:
Wilstem Ranch 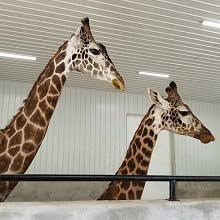 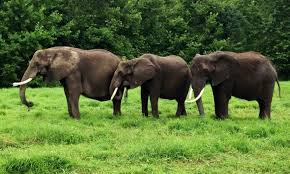 That's a wrap from Young's Creek Horse Camp and the surrounding area.  We will be heading out in the morning to a new spot within the Hoosier National Forest after a stop in Paoli at Walmart for water, ice and a few snacks.

It's amazing what you can find just a few hours from home!

Everyone have a great week!  Thanks for tuning in! 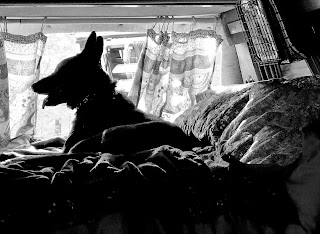