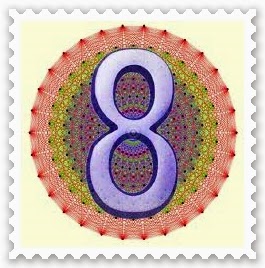 Eight??  Eight what??  Eight months for me "on the road"!  Seems like so much longer for some reason.  I guess it's because life doesn't race by like it did when I always had so much on my plate I couldn't breathe. Anyway, I'm ready for another month!

It's been in the 80's the past few weeks, which is a bit unseasonably warm, but after today's raucous wind, it will be back into the very pleasant 70's.  Believe it or not, there are sea gulls here in the desert. You can find shells here and there that they have brought in from the coast.  Kinda interesting! 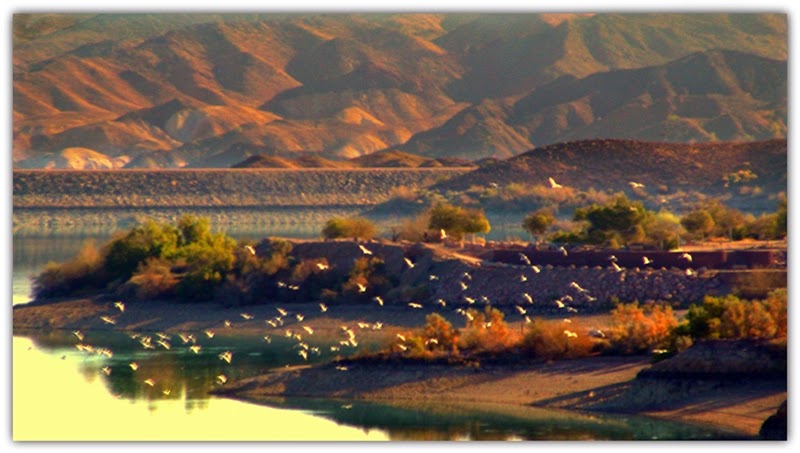 Little by little, people are starting to leave the BLM...most likely to do a little exploring before they head "home" - which is more than likely "north". Hope they take their time with all the cold, snowy weather everywhere!  Brrrrrrrrr.....

March is going to be a little 'busier' than normal.  Have several small repairs and things to do around the place to get finished before heading out of here for the spring/summer.  Caulking, mostly.  The dryness out here shrinks even silicone caulking.  I will go around all the windows and seams. Luckily, I don't have to worry about the [new] roof (that ordeal was a blessing in disguise!) but I'll go up there and check the caulking around the vents, etc. just to be sure. 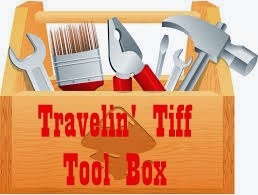 I need to install some new latches on some cabinet doors....they fly open when driving (and stuff comes flying out!) if I don't put bungee cords through the handles.  Will do oil checks, battery water checks, fluid checks and tire checks, eventho' I just had that done when I got an oil change not long ago. Also need to reorganize some spaces. It's a good feeling to start off the driving phase with everything as 'in order' as it can be.  It doesn't mean nothing will happen, but hopefully I will have diminished the likelihood in some areas.

Speaking of the spring/summer (which I know many of you in cold areas are definitely looking forward to!)....I'm making some plans. I learned on my excursion across the country that nothing can be carved in stone, but scoping areas out in advance does help.  You may wonder....."that makes sense, but how does she do that exactly?"  I have saved posts from other RVers, but I pretty much rely on Free Campsites to get me started.  I decide what general direction I want to head then zoom into that area on the site map to see what [free] camping sites are available...they are highlighted by a green tent.  I read the description and if it sounds like a feasible place to park, I start a scribbled log of the coordinates and a few notes. Then I move to the next area that would probably be 3-4 hours away (or less)...read the description, write it down, etc., etc. until I have my basic route planned out. Here's what I'm talking about: 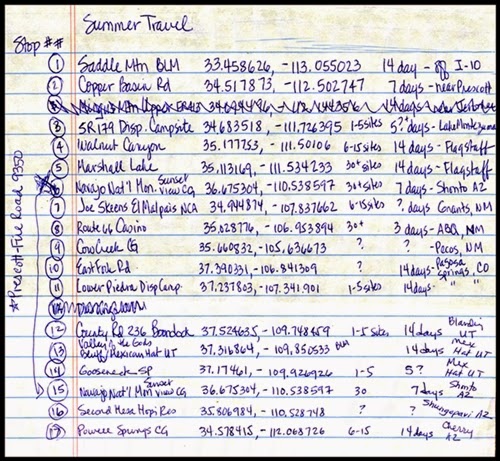 THEN, I go to Mapquest and start the trip "from coordinate xxxx to coordinate xxxx" until I have completed the route.  Mapquest tells me the mileage and driving time of each leg.  That way I can tell if my original driving estimates on Free Campsites are feasible.  Plus I have a reference map of the trip.  If I stay at each site for the duration allowed (a few days up to 14 days), I could be camping for about 26 weeks...for free!  In addition to "free", another primary objective is higher/cooler elevations. It takes a little time to do all this, but with the uncertainty of having internet along the way, best to do research now. 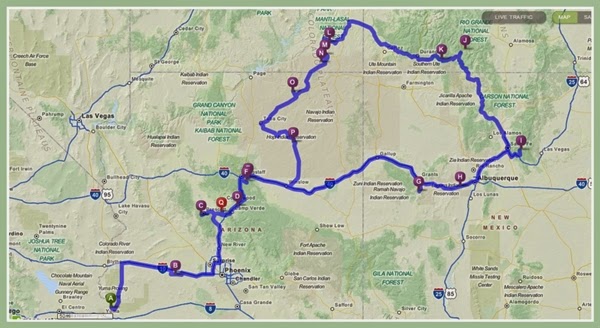 As you can see, my initial plan is not wide spread travel this summer.  I will be circling around the "Four Corners" area of the west.  Four Corners obviously comes from where New Mexico, Colorado, Utah and Arizona adjoin each other.  There is actually a monument in that very spot so you can have your picture taken in four states at once!  This route goes around several Indian reservations. Anyway, this is the tentative plan.  Even with "plans", you just have to take one day at a time.

This is also Nikko's one month anniversary as a full time RVer! 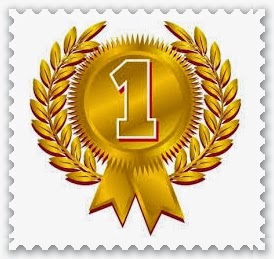 To celebrate, I got him a couple of those rawhide chew things.  He devoured the first one in 1/2 hour then konked out!  (I thought it would last a couple of days!)

But, the second one....well, he has paid virtually no attention to it!

He is adapting very well!  He knows our walking path better than I do.  He's funny on it, tho'.  In a few spots there are distinct sharp left turns (like a corner).  Well, after a few days of going to the corner and turning, he realized he can simply bypass/cut across the corner and get to the rest of the path.  He is still the #1 guard dog!  I don't see that ever changing....which is a good thing when camping alone in remote areas.  He is always watching for anything and everything out the windows...even going behind the curtains.... 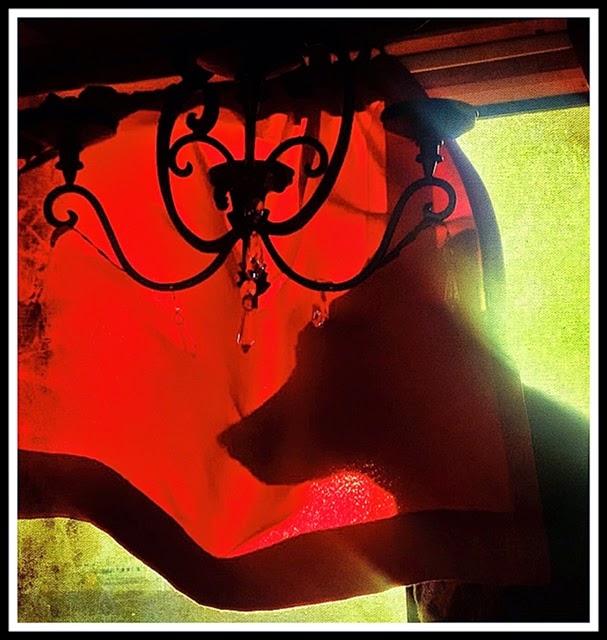 There is one scary creature he absolutely detests...the very intimidating Yorkshire Terrier!  I mean they are soooooo big and dangerous!  LOL!   We have met many other dogs, large and small, and after a few seconds of introduction he is fine with them and vice versa.  However, we've encountered three Yorkies and it has NOT been a good scene! (Sorry, Bob!!)  He HATES them!  It's a dog world mystery. So now we do everything we can to just stay away from them. 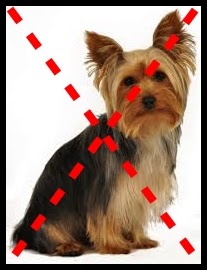 Some neighbors are having a Chili Fest on Thursday.  They are a nice, older (but active!) couple from Washington and do this every year.  Merle is remodeling a vintage teardrop camper while they are here. They make meat chili and vegetarian chili.  The whole BLM isn't invited, of course, but they have invited quite a few people - some I have met already.  Should be a good time.  They are really nice people.

That about wraps it up from here this week.
Of course, there have been more great sunrises and sunsets! 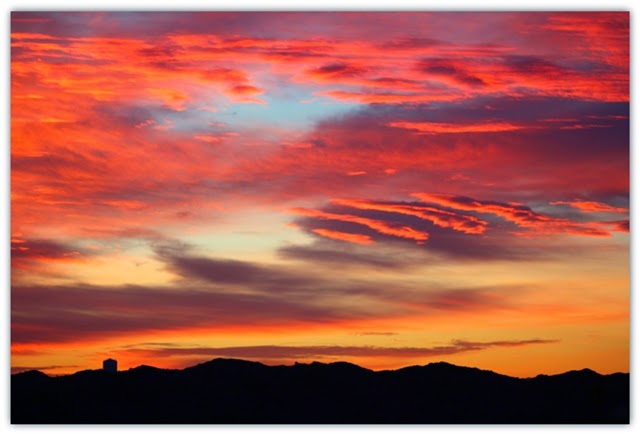 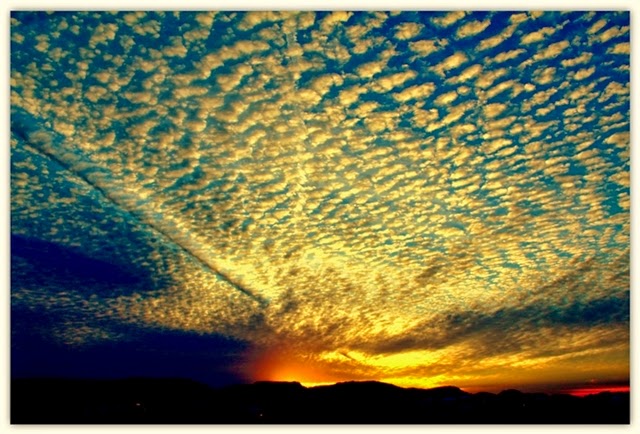 Stay warm wherever you are!  Spring IS on the way!

THANK YOU for shopping AMAZON.COM from my blog! 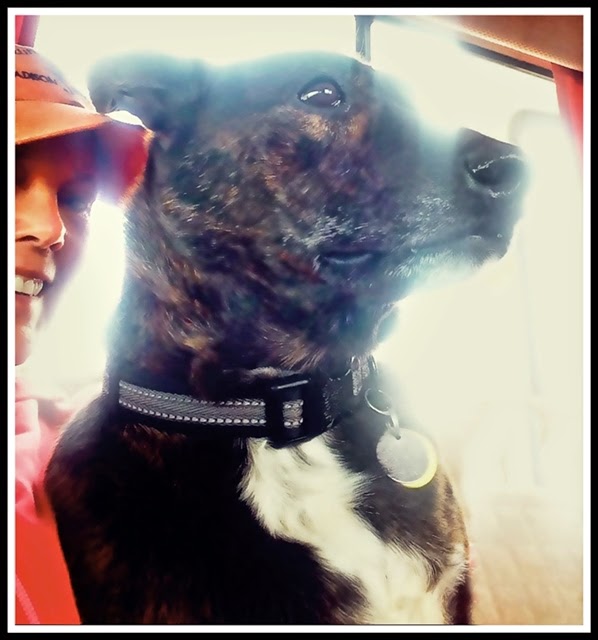