Hi everyone!  As has been evident with my posts over the past few months, staying in one place over an extended amount of time limits the number of "exciting" events and travelogues one posts....blog famine!  BUT, I will have two more posts over the next few days from two different locations, so stay tuned!  A feast of photos!

Between Google Blogger,Windows 8 (which I detest!), and very slow photo uploading for no apparent reason, it's tedious going this morning trying to do this post....hopefully, as I move along it will get better.  Frustrating!

First,  let's go back and review what's been going on here at the BLM since my last update. Here's where another "feast" comes in!

My neighbors, Merle and Cora and Ray and Marilyn, plus several helpers, hosted their annual Chili Feed.  It's always the third Thursday in February.  It was definitely a feast!  "The Guys" were in charge of the chili and it was delicious. 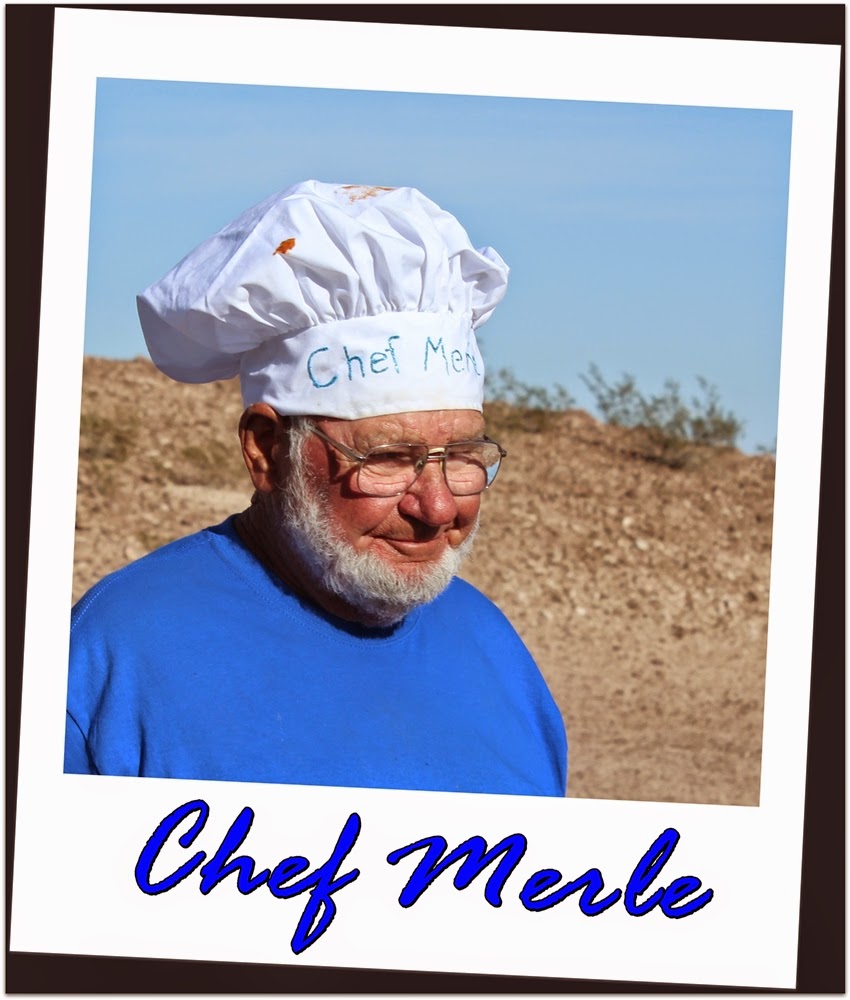 Cora estimated the guests to number about 140....well more than previous years.  She told those they invited to "bring friends"....apparently they did!  But there was enough good eats for everyone!  Many guests provided side dishes and desserts.  Yum!!!

I made beer batter bread and banana/chocolate chip bread (but more like brownies).... 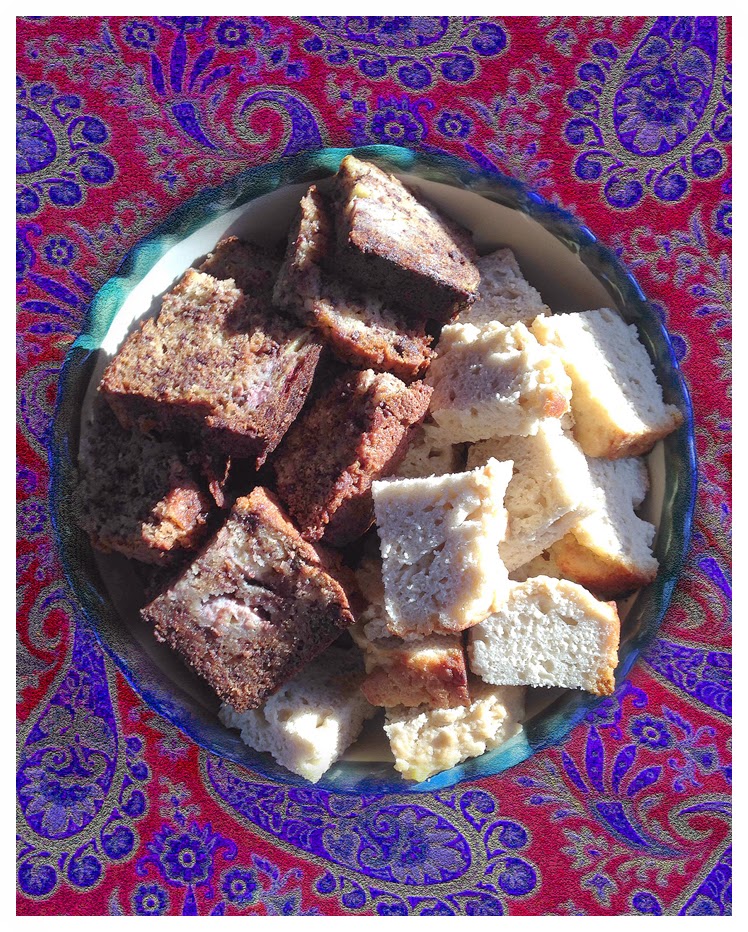 Here's a photo of Cora and Merle's motorhome....a true vintage Chinook.  It is very cool! 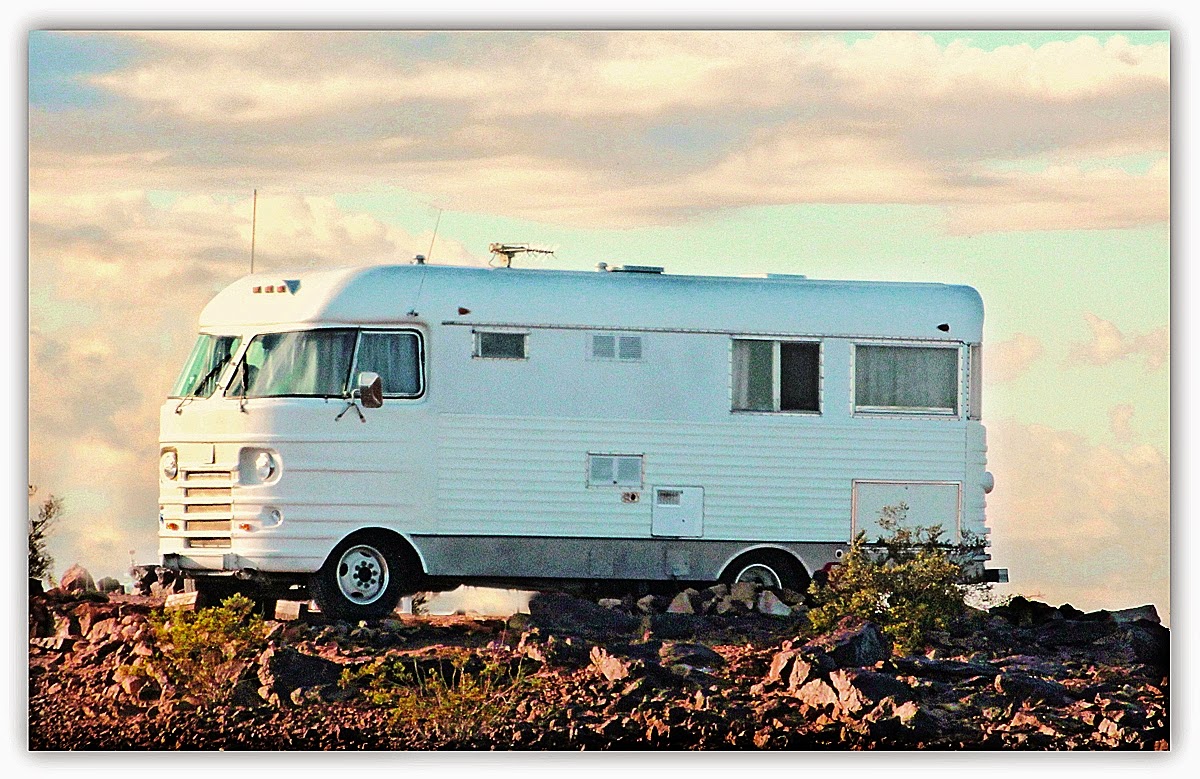 As spring starts springing up in the colder states, there are also signs of spring in the desert....certain flowers start blooming (not as many here as some desert areas, but...flowers none the less!)  I like the ocitillos -- the blooms look like little flags at the tops of the plants.... 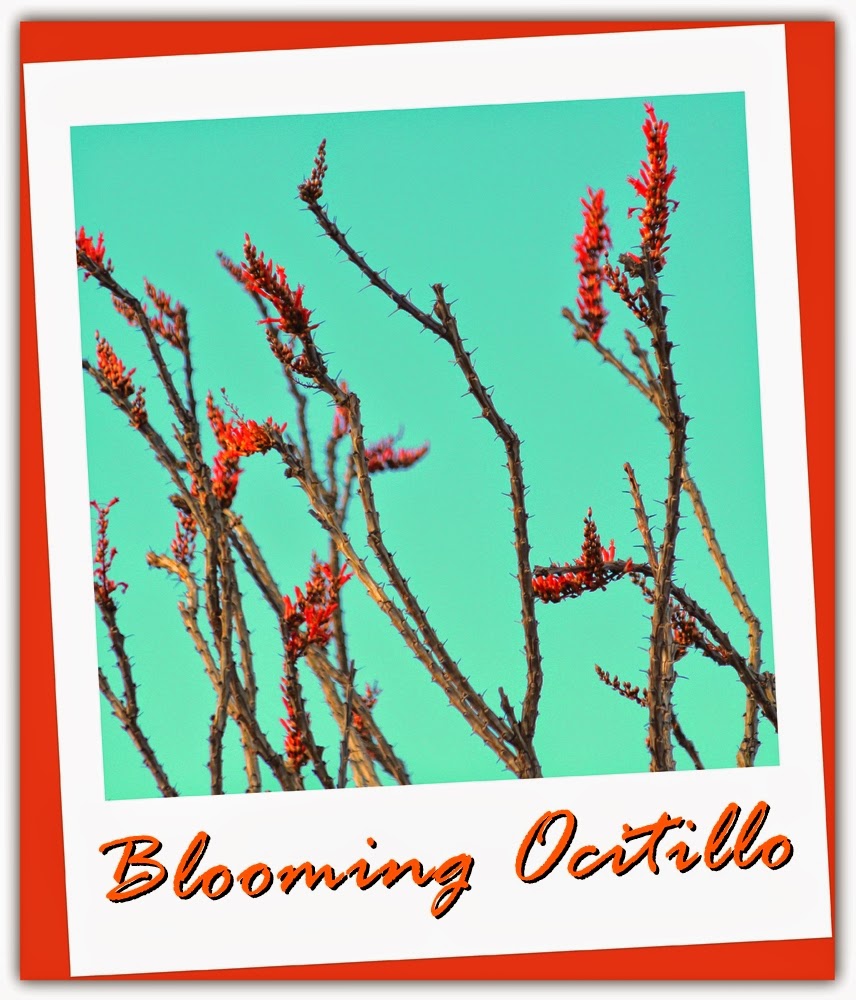 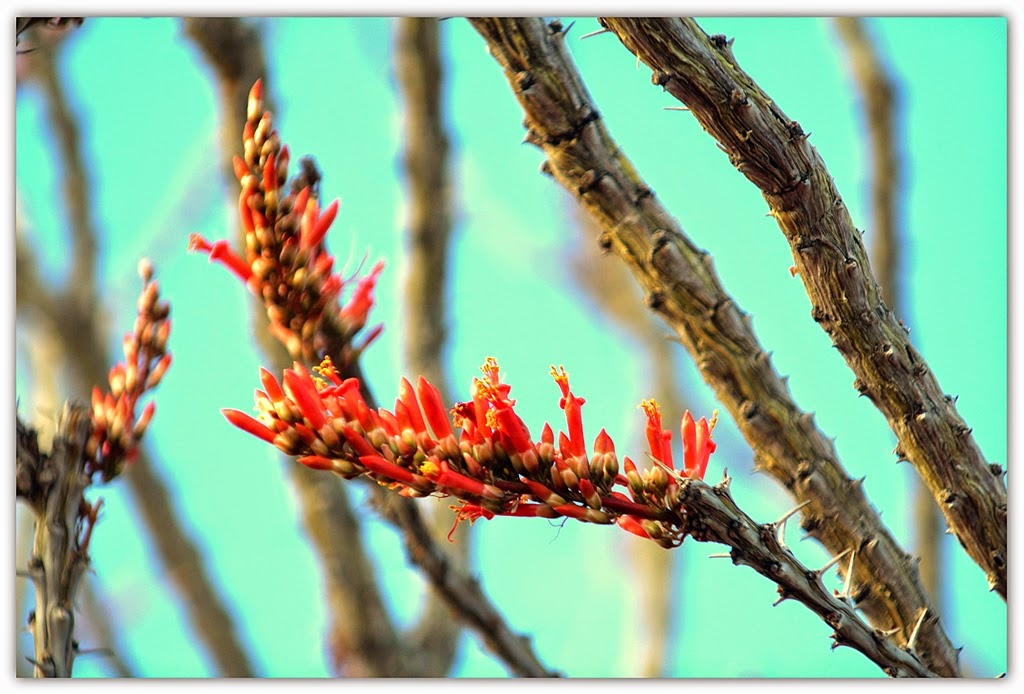 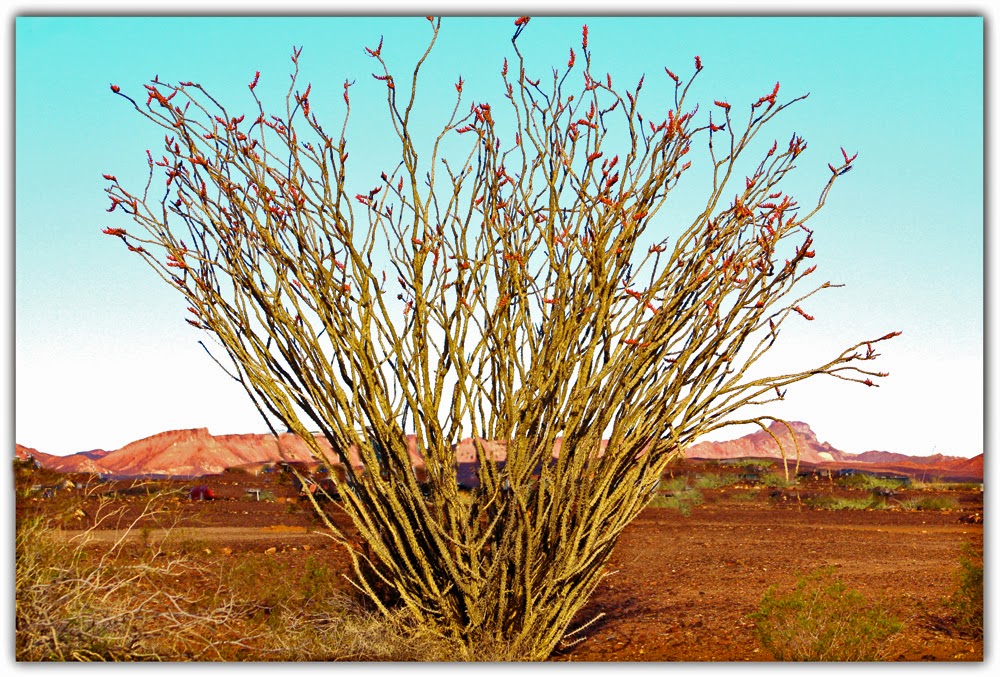 Here are a few more desert plants either in bloom or about to bloom.... This is the brittlebush....another favorite and a member of the sunflower family.  The flowers poke up out of a mound of fuzzy gray leaves and are very often seen growing along the roadways.... 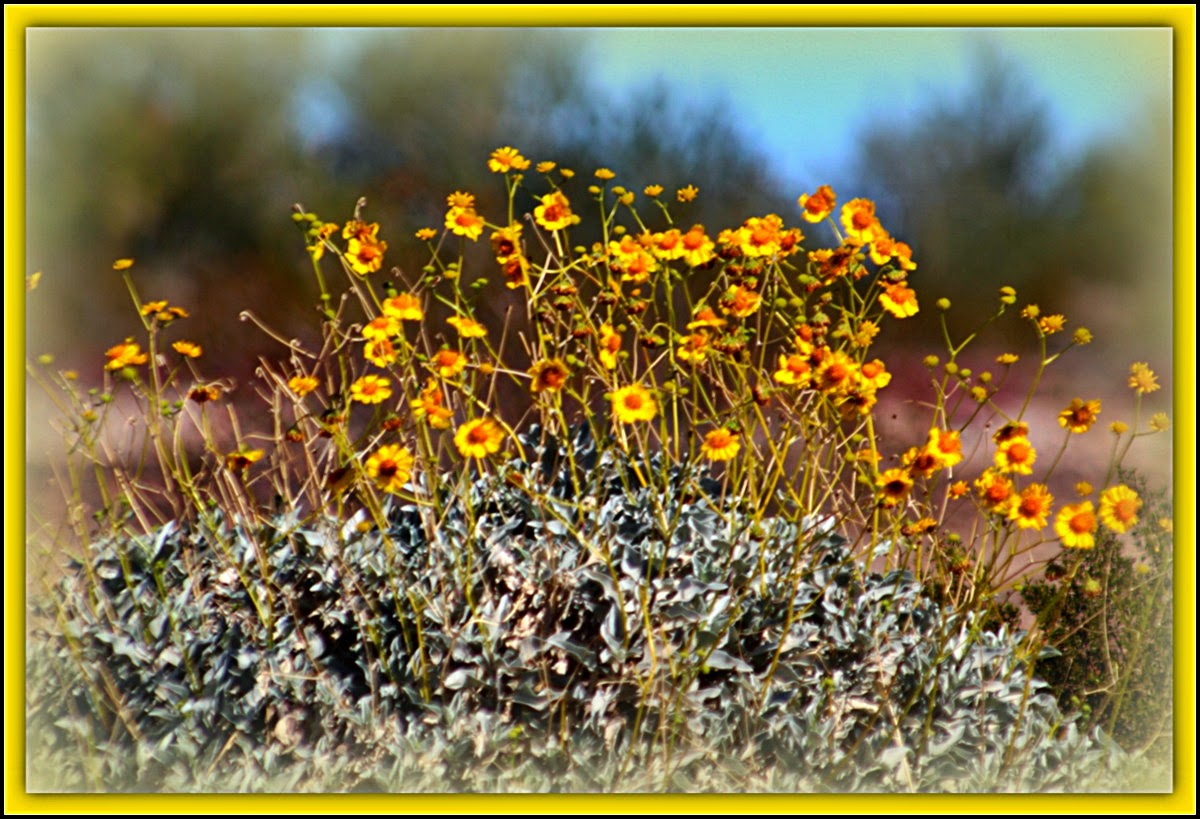 This is the "teddy bear" cholla cactus...getting ready to bloom.
More about these in an upcoming post! 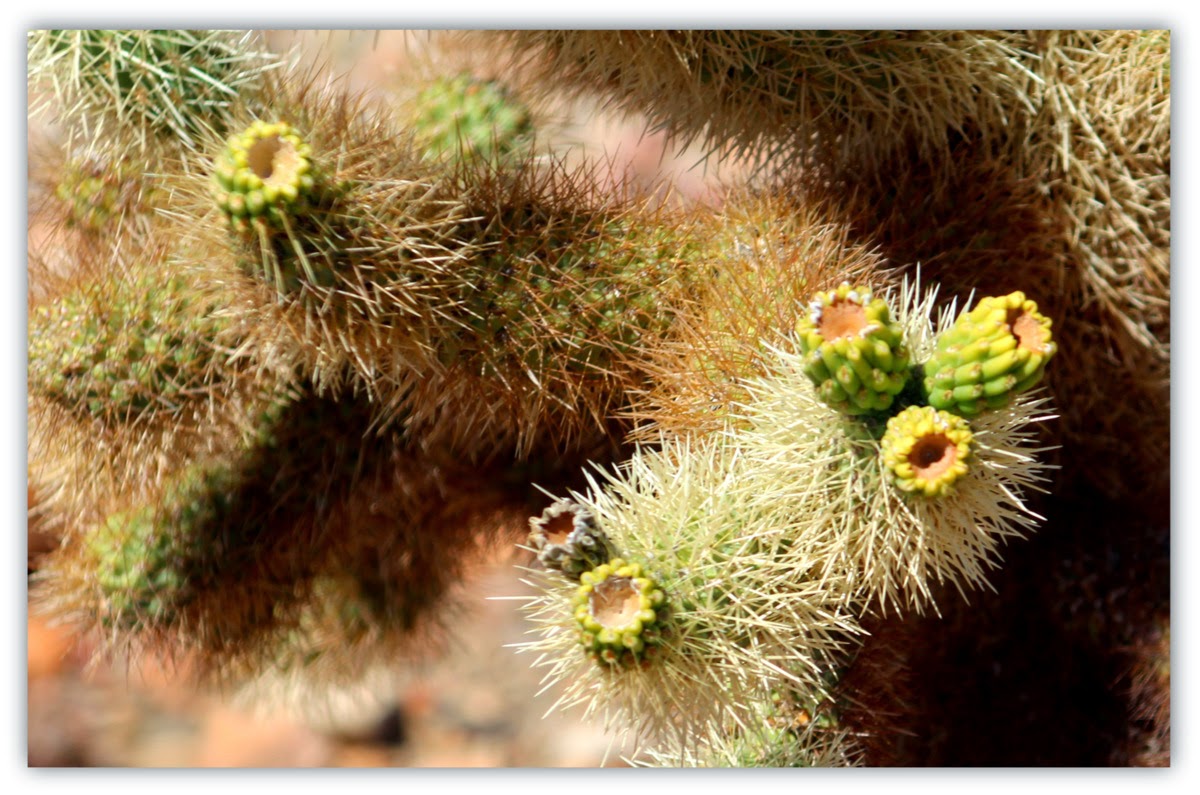 See the forming blooms on this pancake prickly pear cactus? 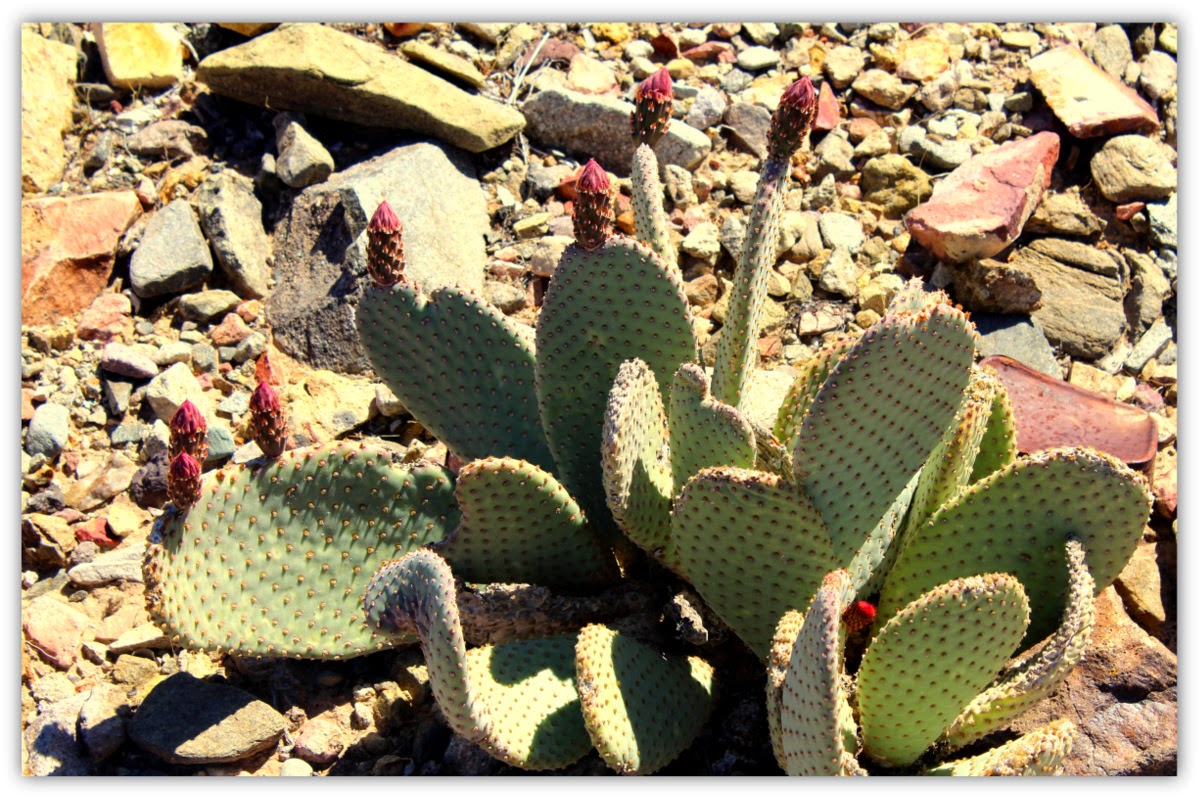 We've had some windy days (not unusual here!)  With that comes kites and para-sailing! 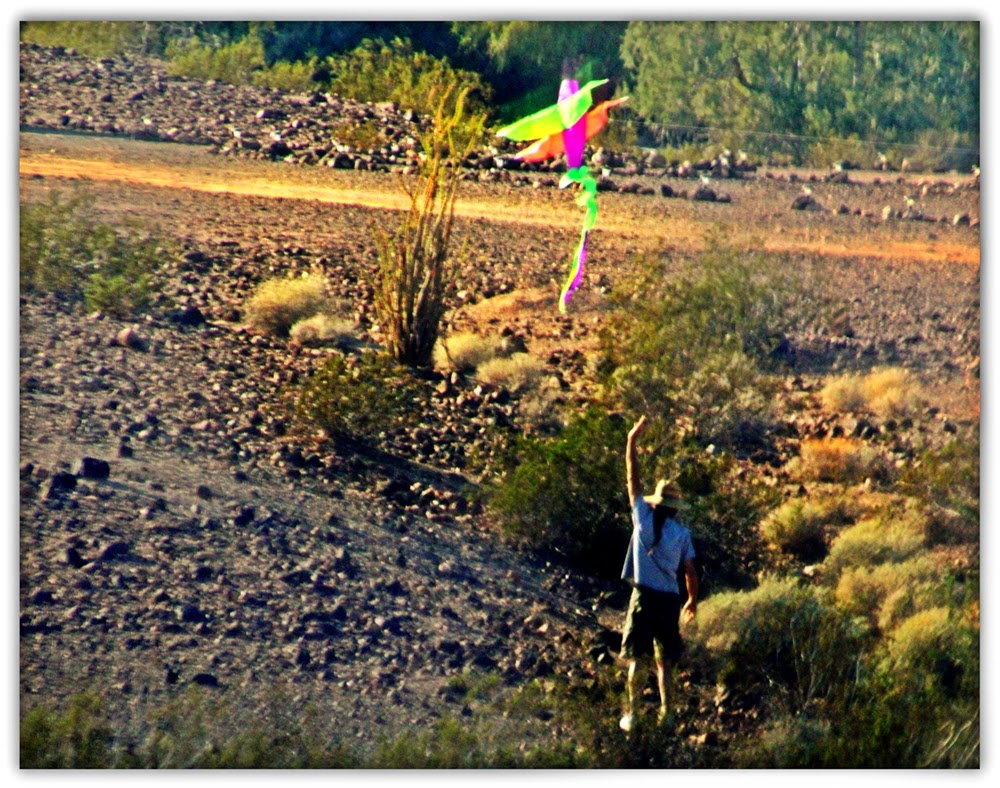 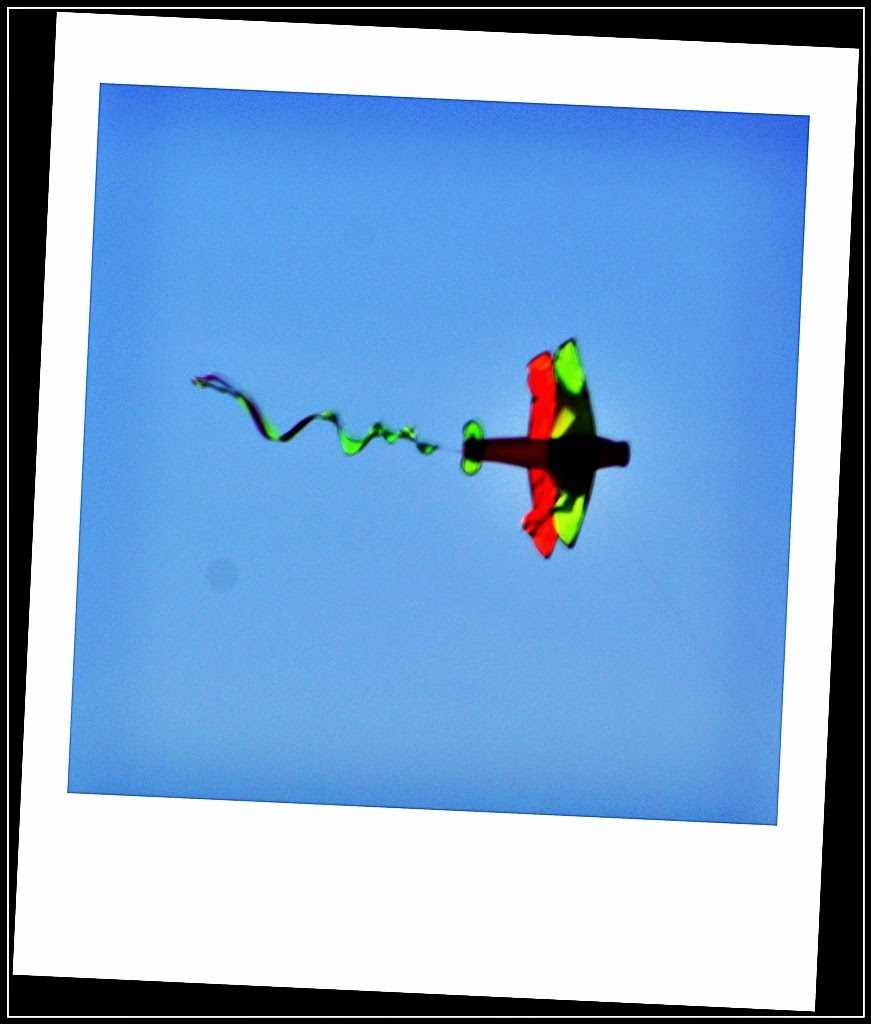 ATVers have been out along the trails....looks like fun!

The Cookie Drive that takes place every year to thank the Yuma Proving Ground emergency service personnel for their assistance to the campground was a success again this year with 556 dozen cookies!  That's 6,672 cookies from 70 participants!  One RVer baked 34 dozen!

Readers have asked me how many rigs camp here over the winter.  The numbers have actually decreased over the past several years.  Back in 1997-98 there were over 2000!  Hard to imagine! This year at probably "peak" - January 31st - there were 504 rigs.  That's still plenty, but because the area is so large, it doesn't feel "crowded" at all.  With the temperatures rising, however, people are starting to leave...going back home to "the north" or just roving to different areas that will be cooler....like we're going to do! 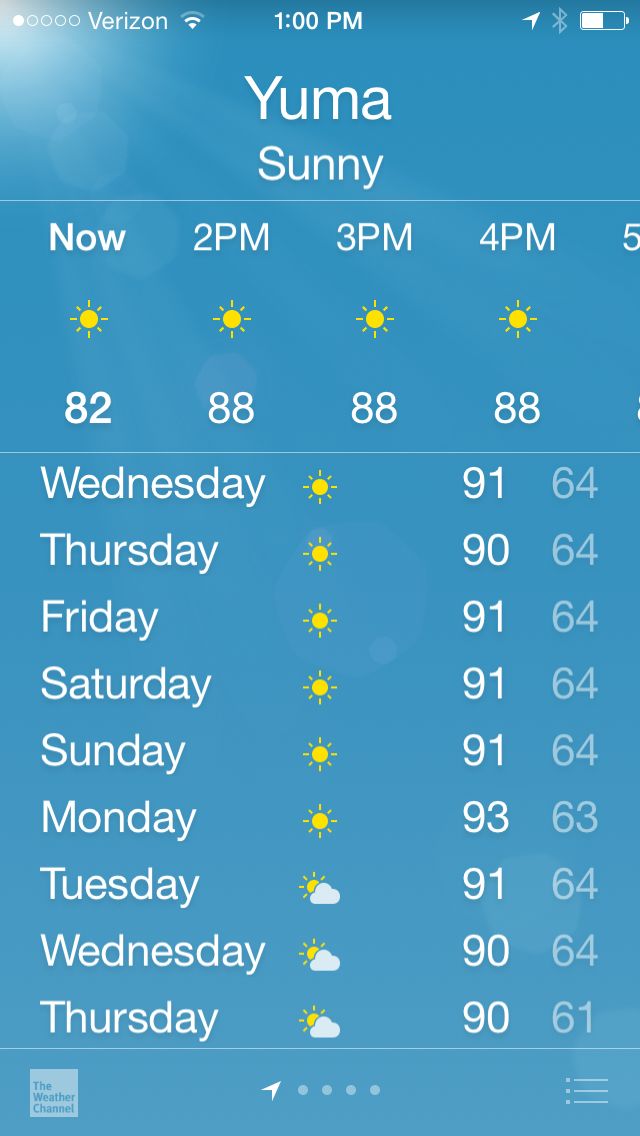 We had a good day of rain about a week or so ago....it doesn't do much for solar power, but it's a nice, refreshing change.  As the skies were clearing, I could see the conditions were ripe for a rainbow. Just as I was thinking I must be wrong, out it came!  And it was a brilliant one at that.  It lasted a long time!  Beautiful!


Clearing sky over the mountains.... 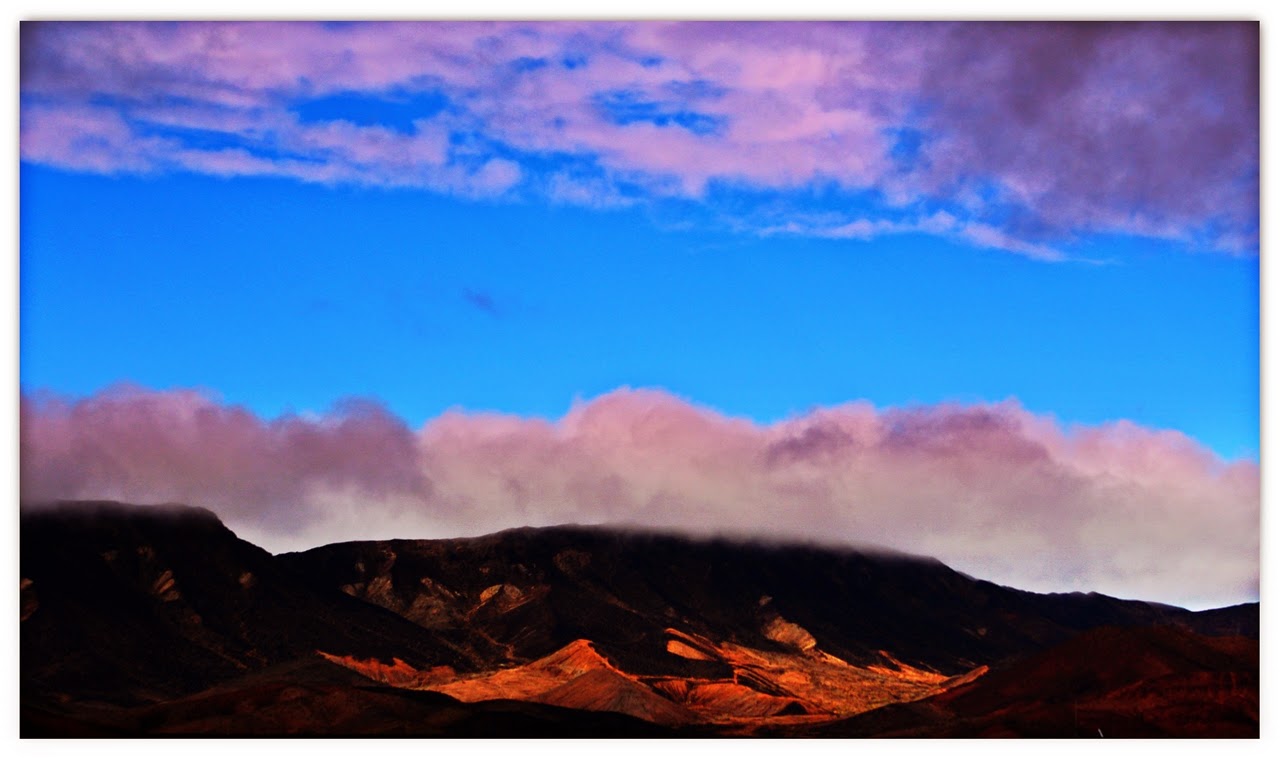 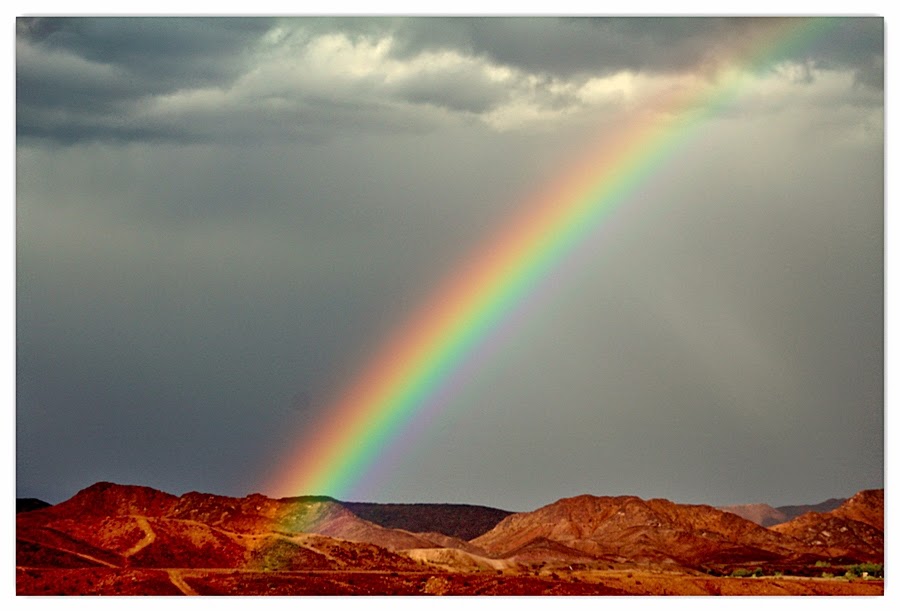 That's about it for this post..... watch your email over the next few days....two more posts to come -- ROAD TRIP deeper into the wild, wild west!  :-)  Nikko and I took a little "vacation"!  He's doing great, by the way.  He'll be highlighted in the next posts.  I'll be on the road again in a few weeks or so.....still finalizing plans.  Hopefully you are looking forward to changes of scenery as much as I am!

Will sign off for now with a few more photos.  Enjoy the Spring weather wherever you might be! 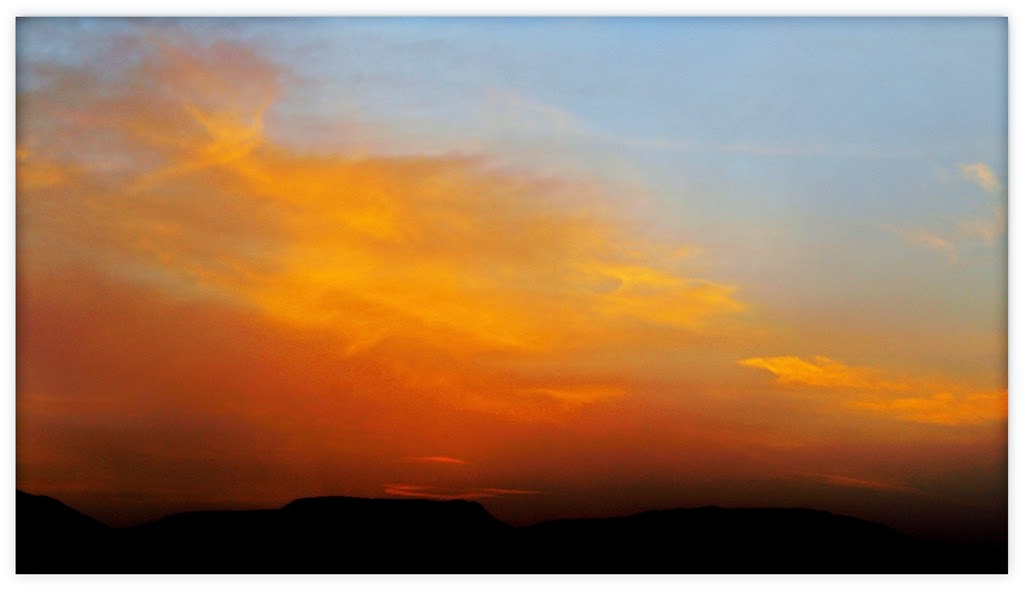 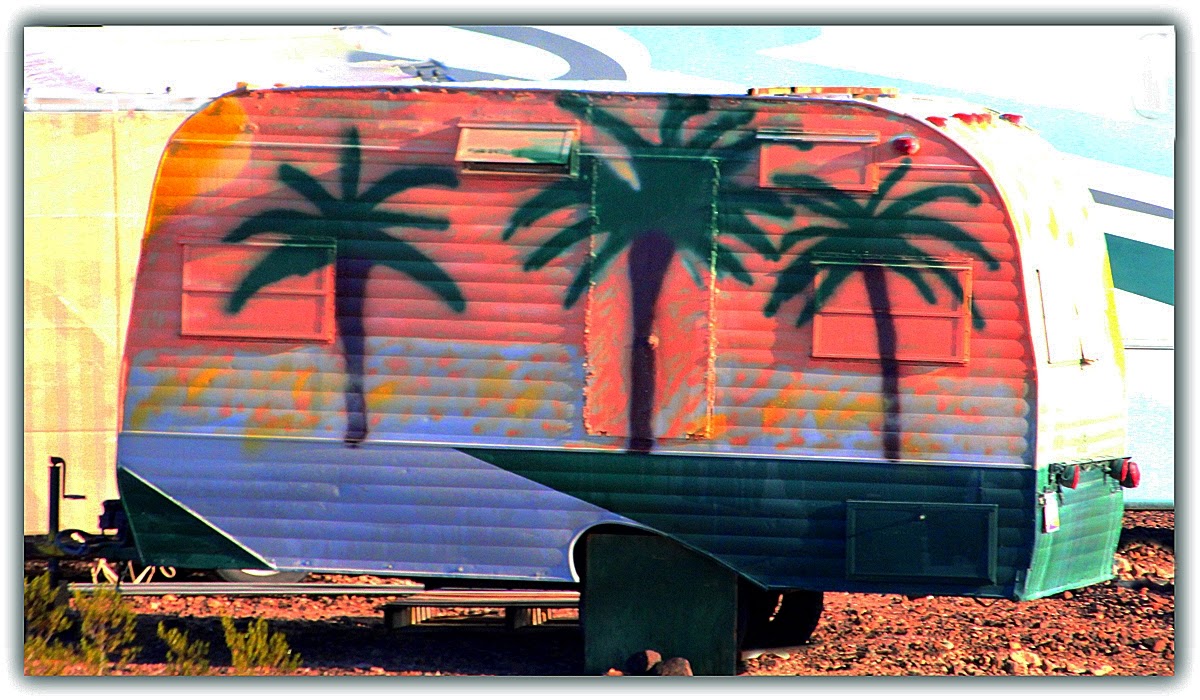