You never know what you're going to get in this RVing lifestyle!

First, a nature note.  Nikko and I were taking a desert walk one morning and came across a lowly cactus with one bloom about to open.  I made a mental note about where it was so we could come back to check on it. 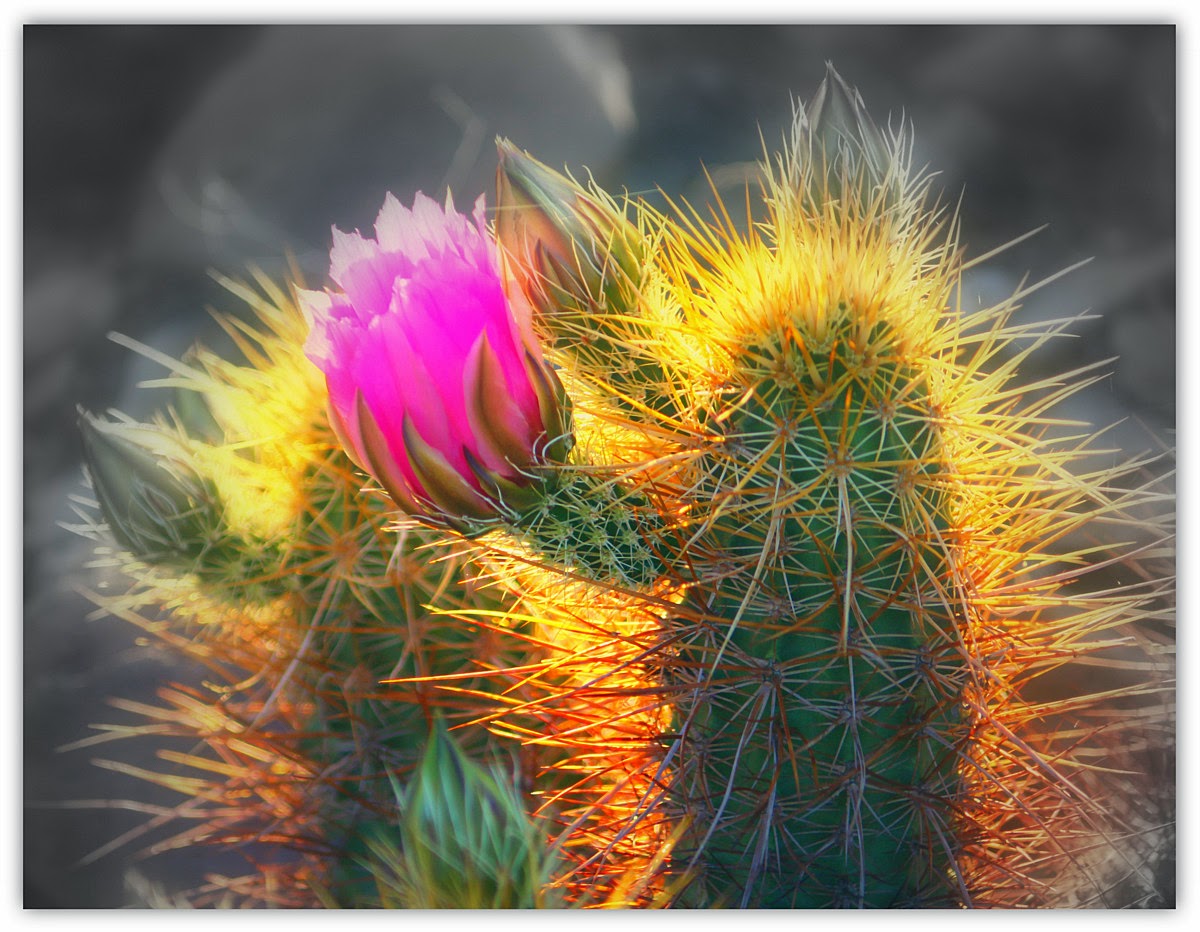 The next day, not only had the one bloom opened, but most all the others, too!  Eventho' I've seen them before, it was spectacular! 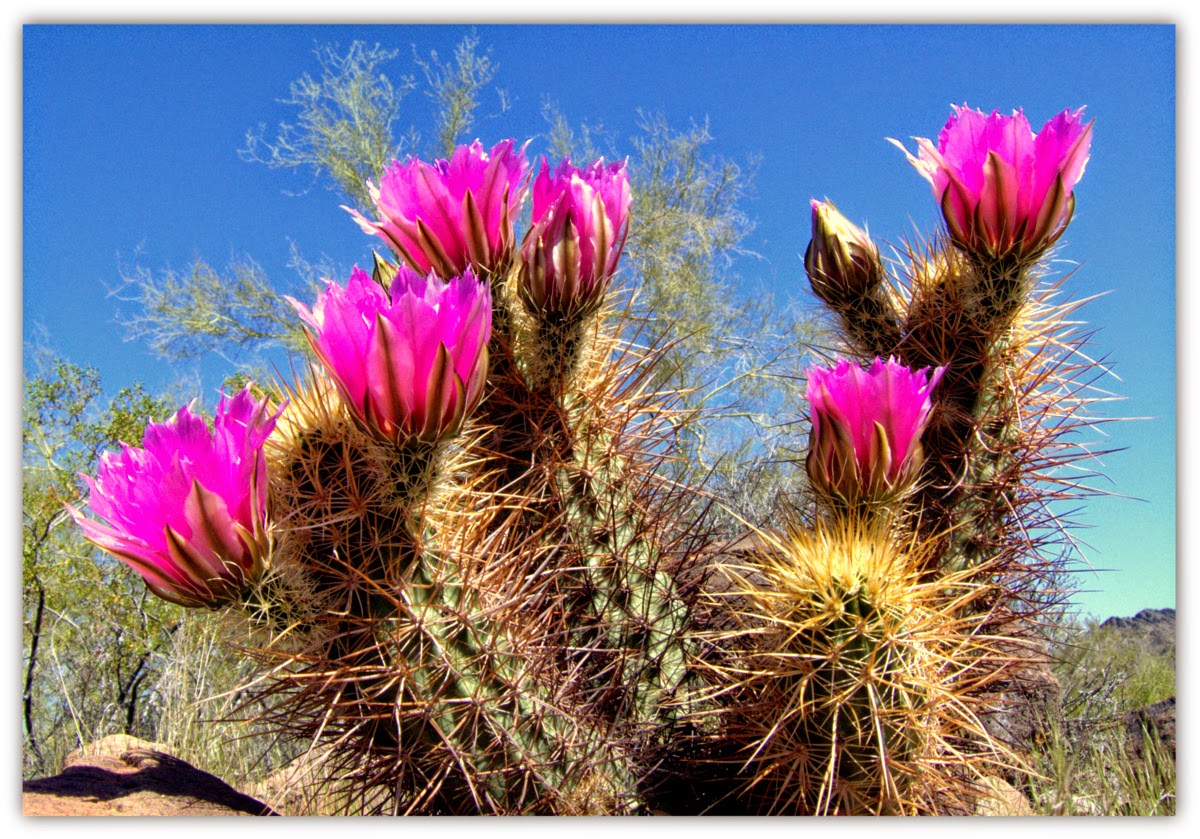 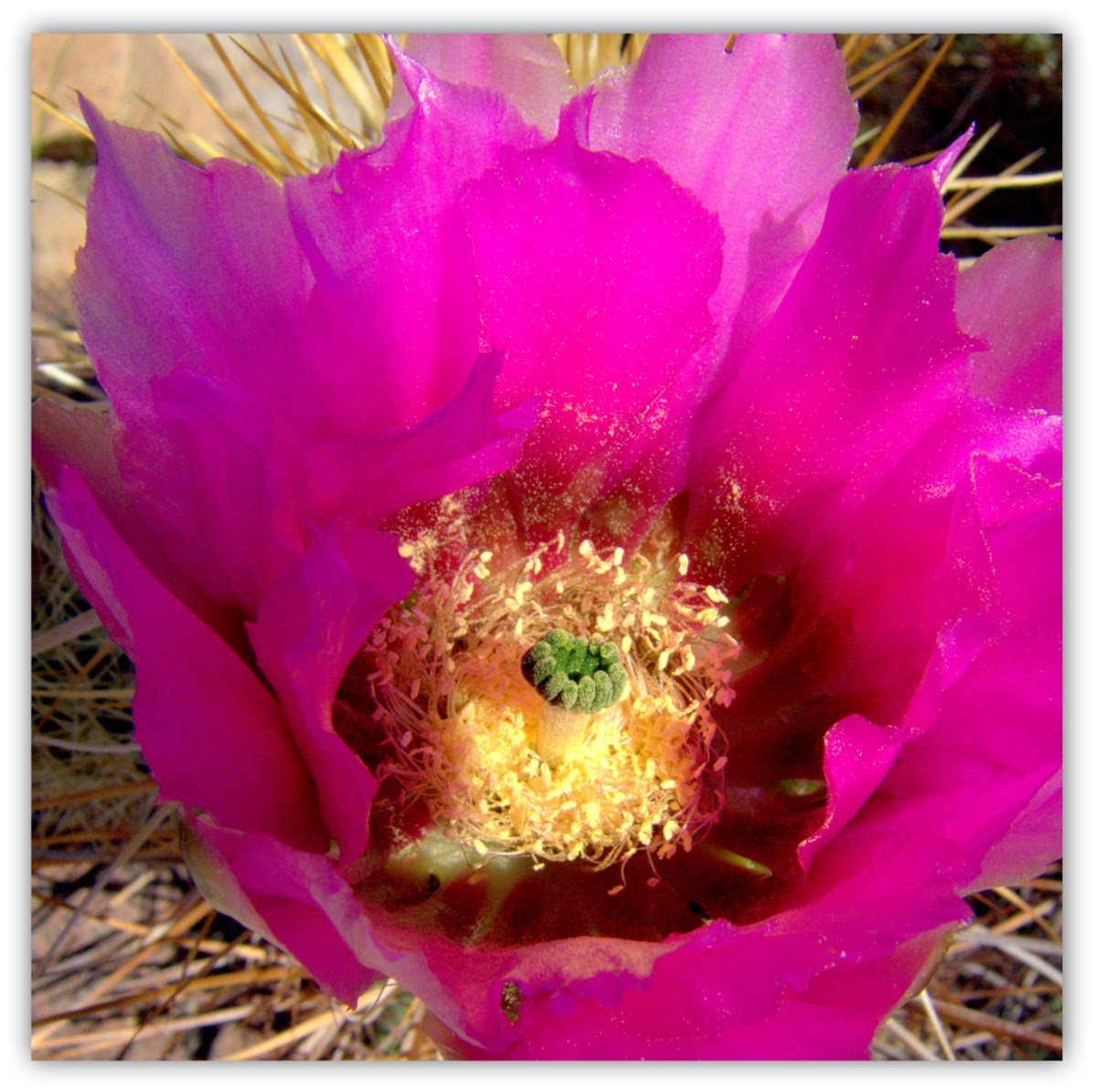 I think what made it most intriguing was the fact that it was in the middle of nowhere with no other blooming cactus anywhere around! 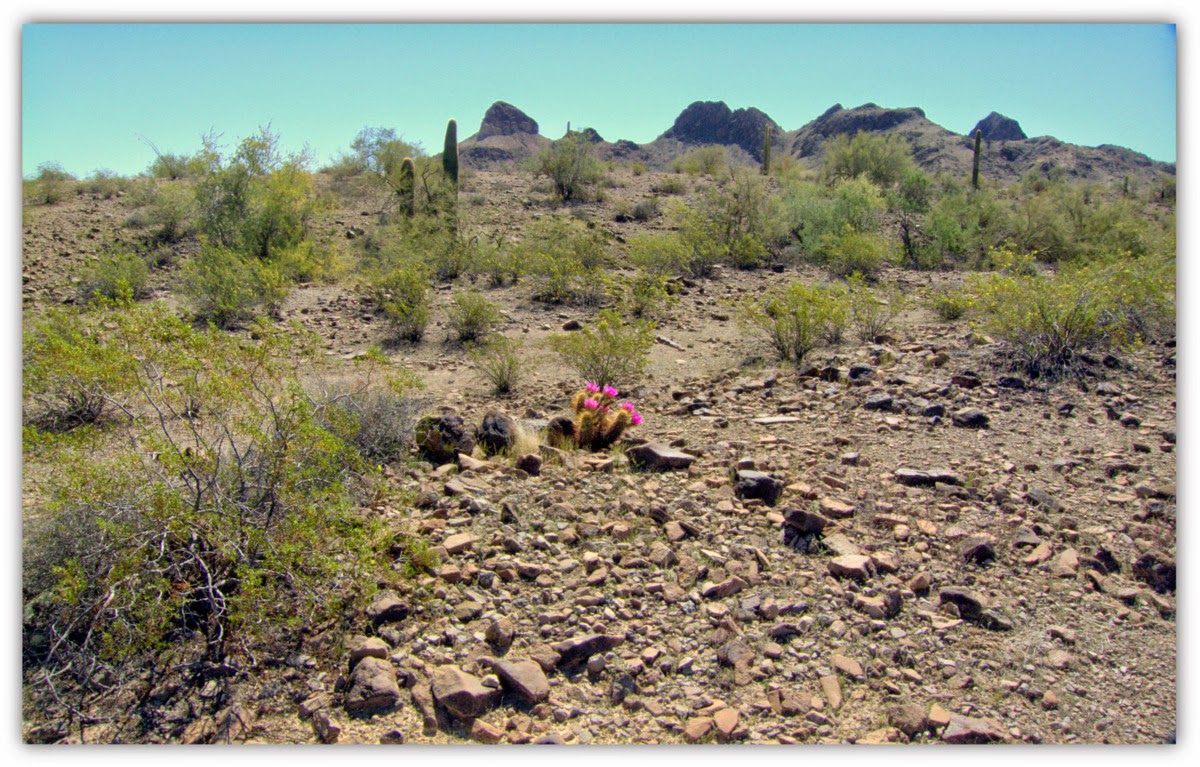 Ok - talk about being at the right place at the right time!  Friday morning we got up extra early for some reason.  Just doing our normal routine...making tea, a bagel...nothing too exciting.  Then I heard this swooshing sound.... it sounded like my refrigerator's propane coming on....but not really.  I'm walking all around trying to figure it out.  Then I glanced outside and...... 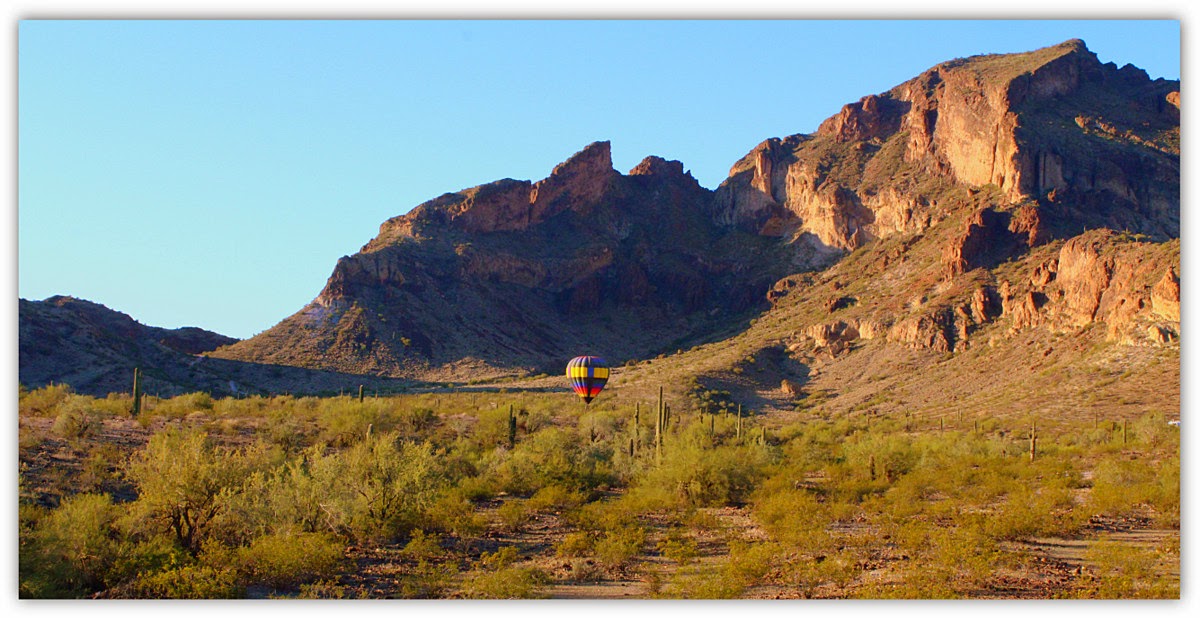 Rising up right in front of us was a hot air balloon!  Where in the heck did that come from???  No cars/trucks had come by...no sign of people.... it just rose, literally, out of nowhere! 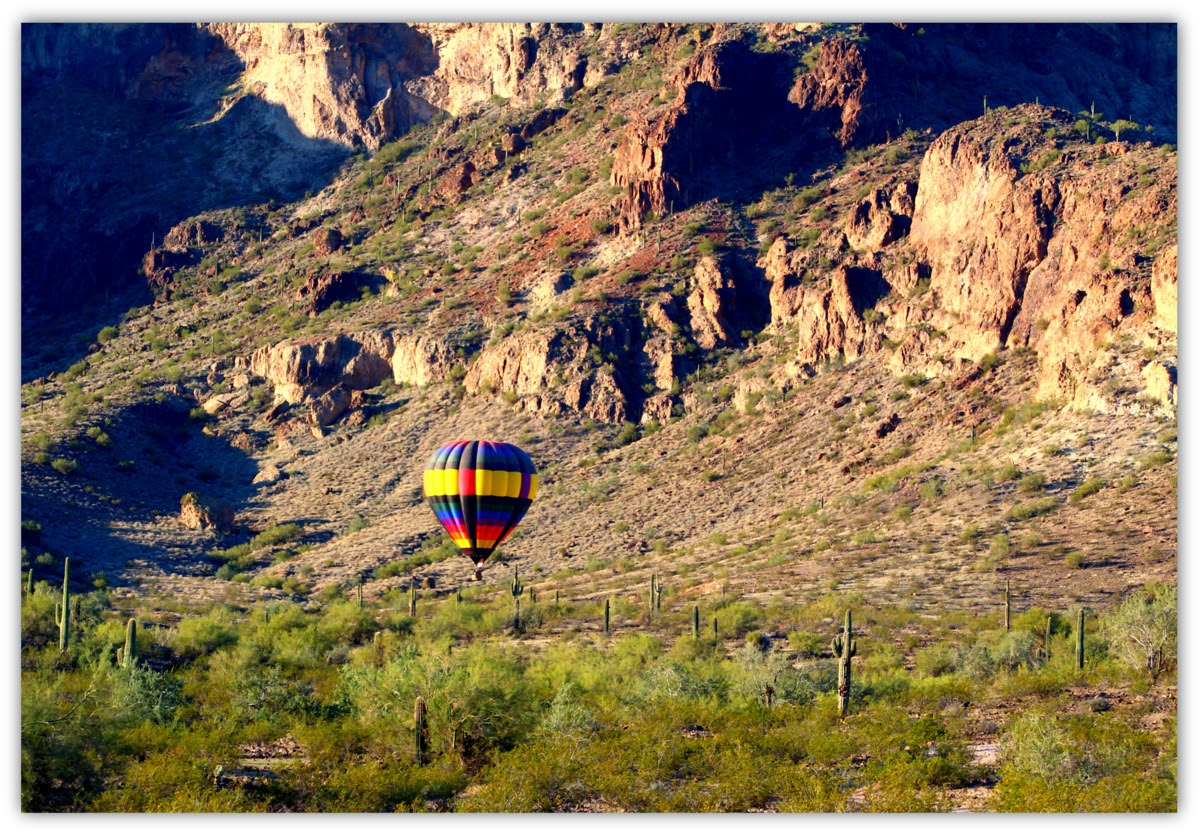 It floated slowly and effortlessly across the base of the mountain for a good half  hour.  I thought maybe they were "in training" because it wasn't hitting the skies. 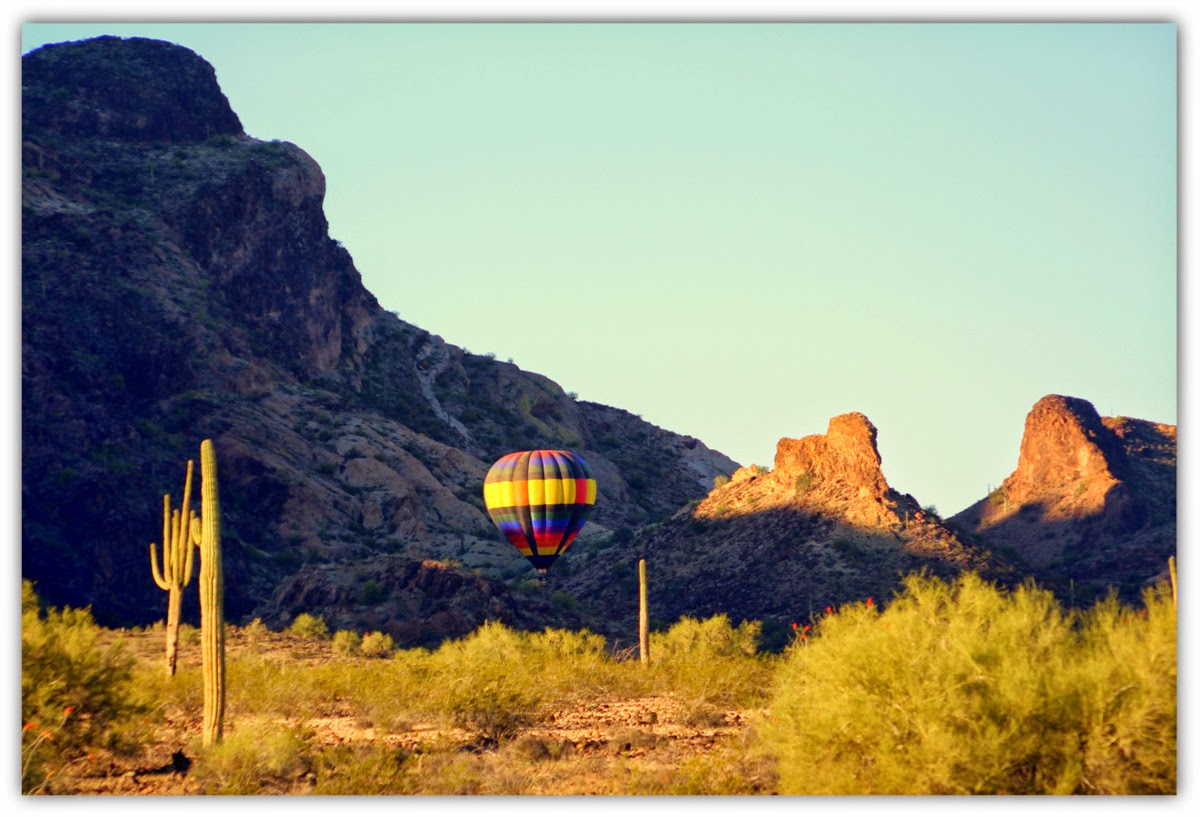 But, eventually, it did start rising into the crystal blue sky.  It was beautiful with the early morning sun hitting both the balloon and the mountain ridges. 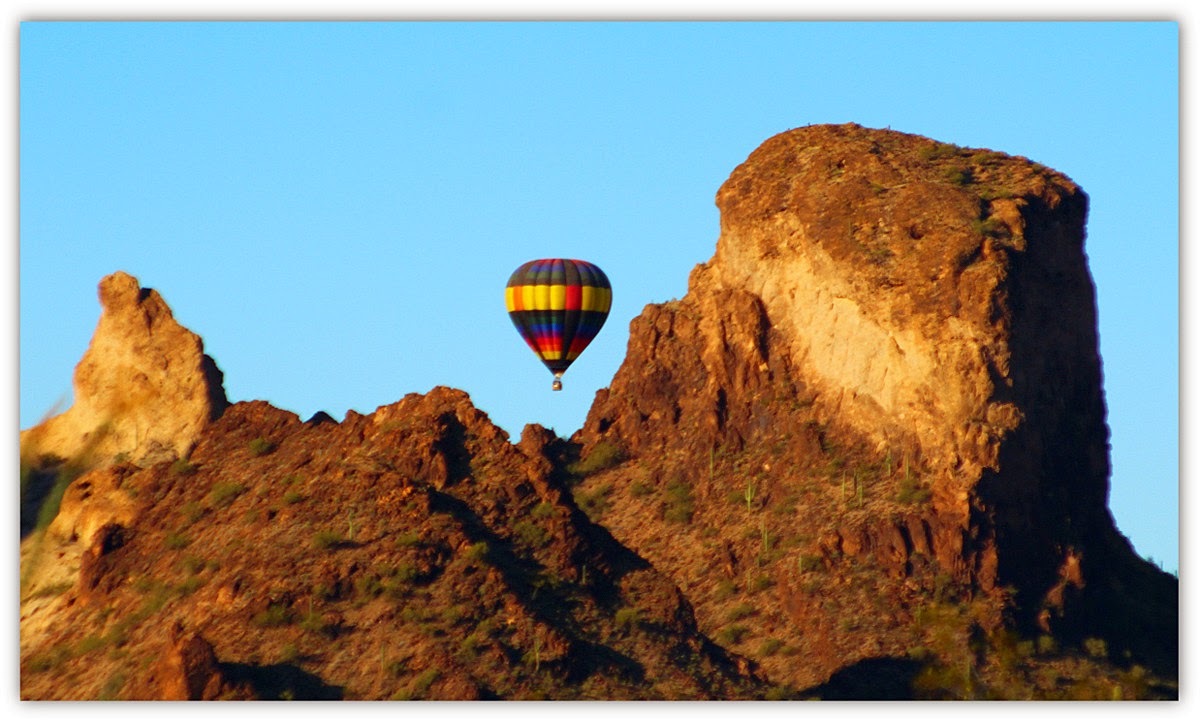 It continued on its way toward the next mountain peak and eventually out of sight.  It really paid to get up early that day!  What a great way to start a desert day!  Amazingly, Nikko has seen two hot air balloons in his two months as an RVer! 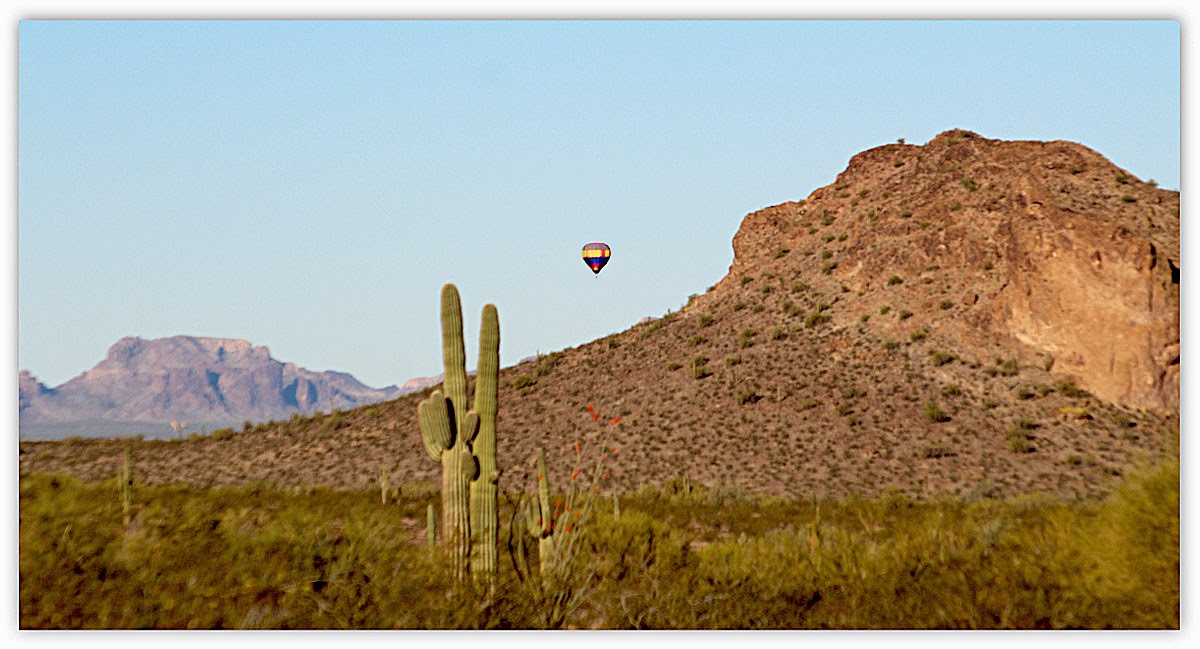 Back to our day-to-day......our hiking consisted of just trekking around what you see...looking for interested rocks, getting cactus quills in our feet... that happened to both of us!  OUCH! 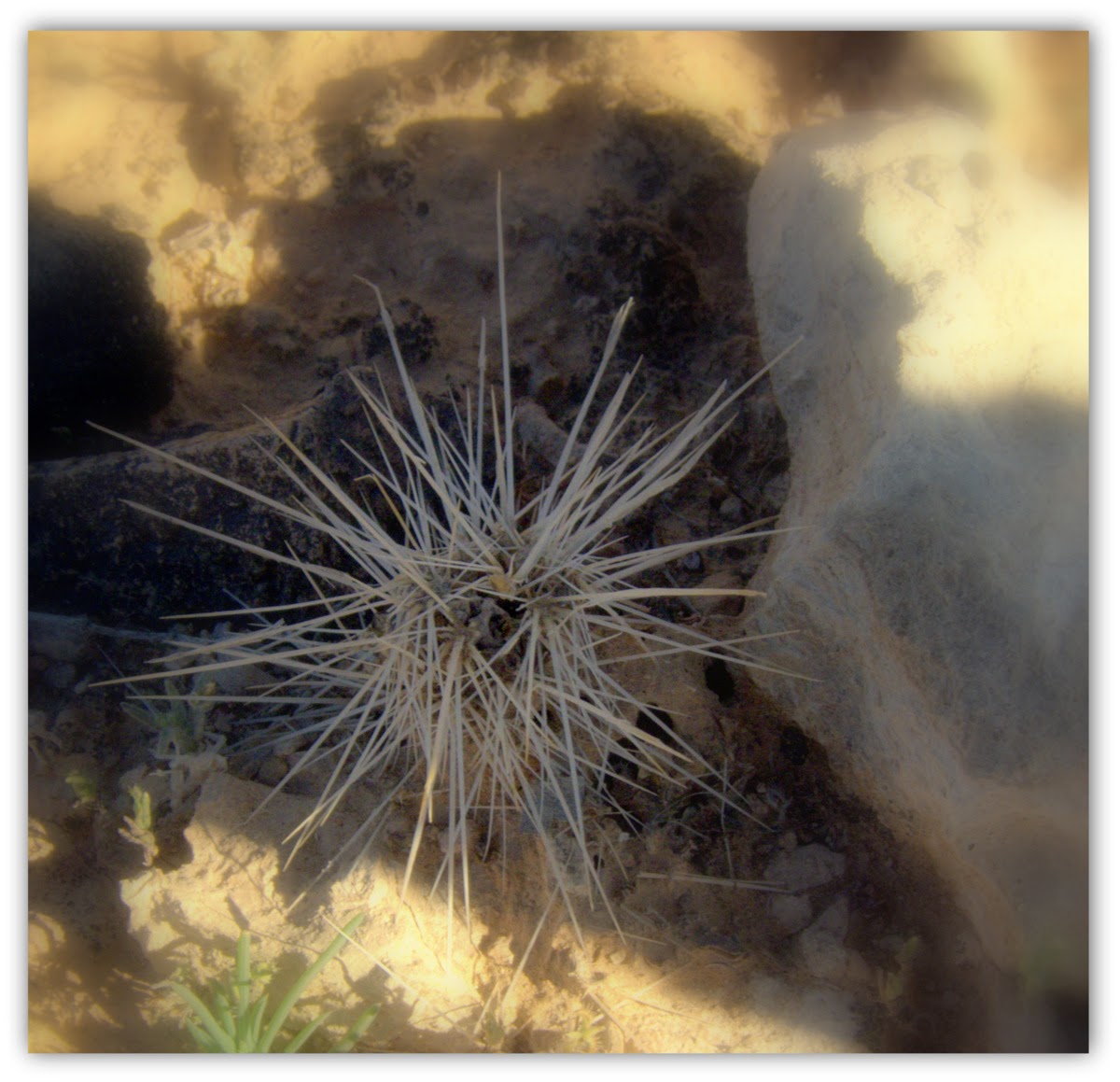 Nikko was a trooper, tho',... just pull them out, please, and let's keep going! 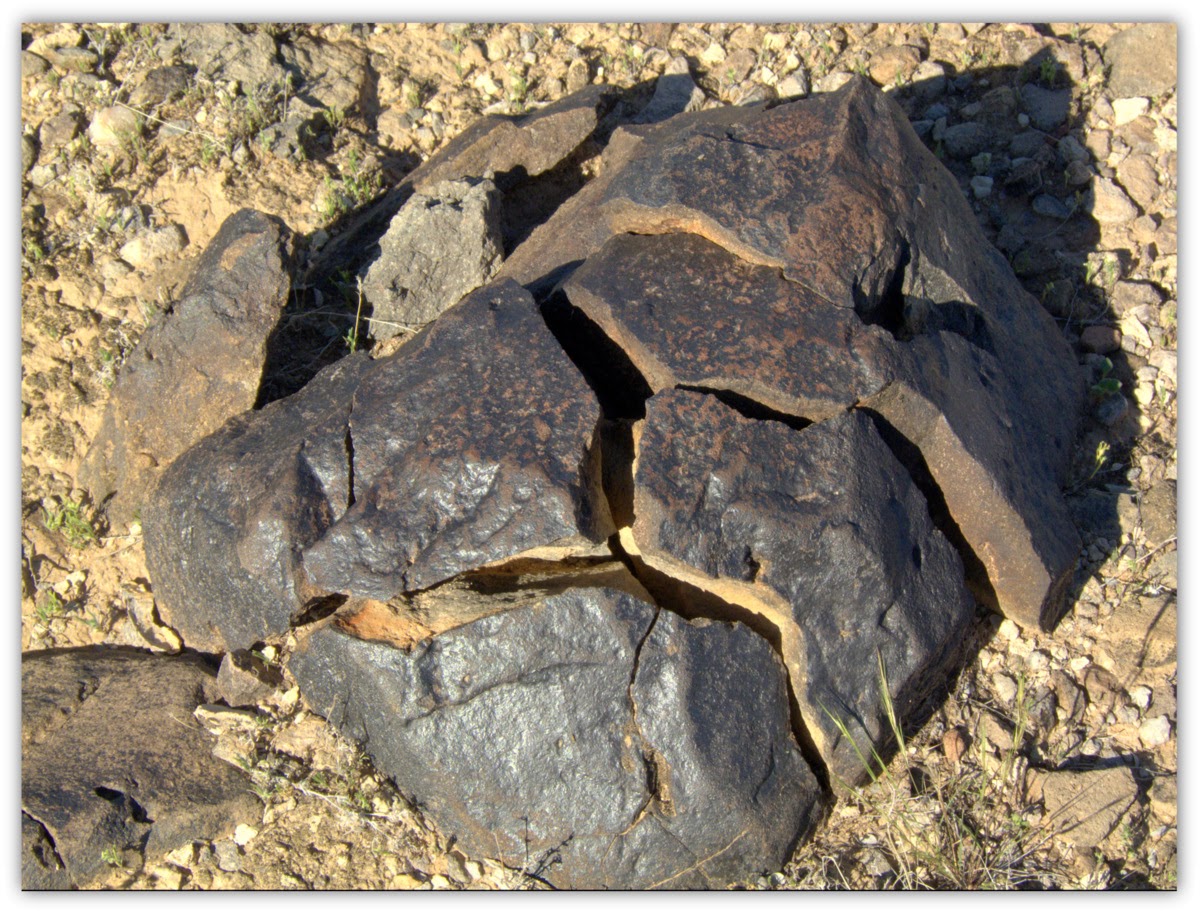 We had some colorful sunsets.... 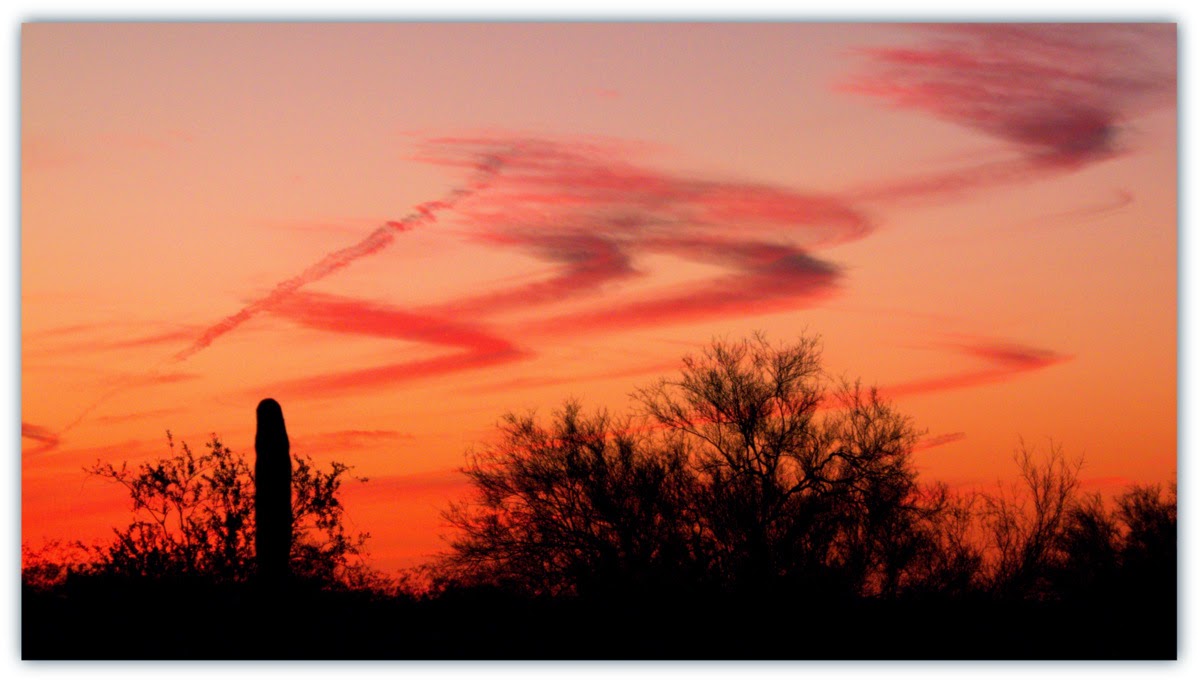 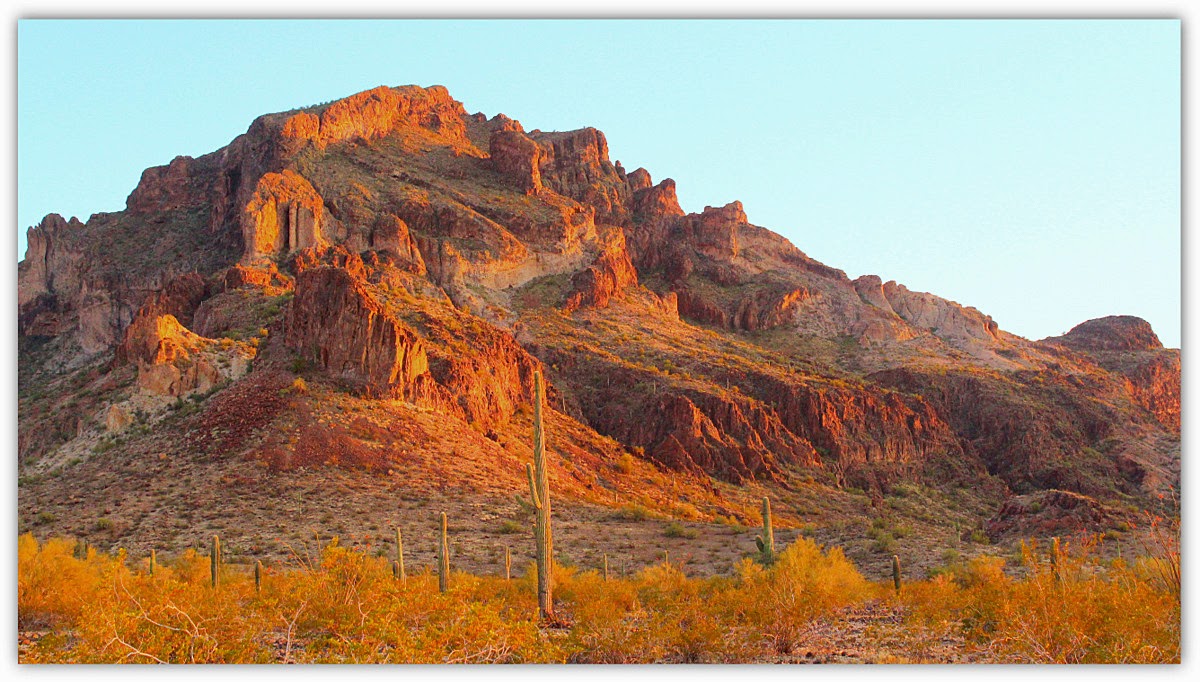 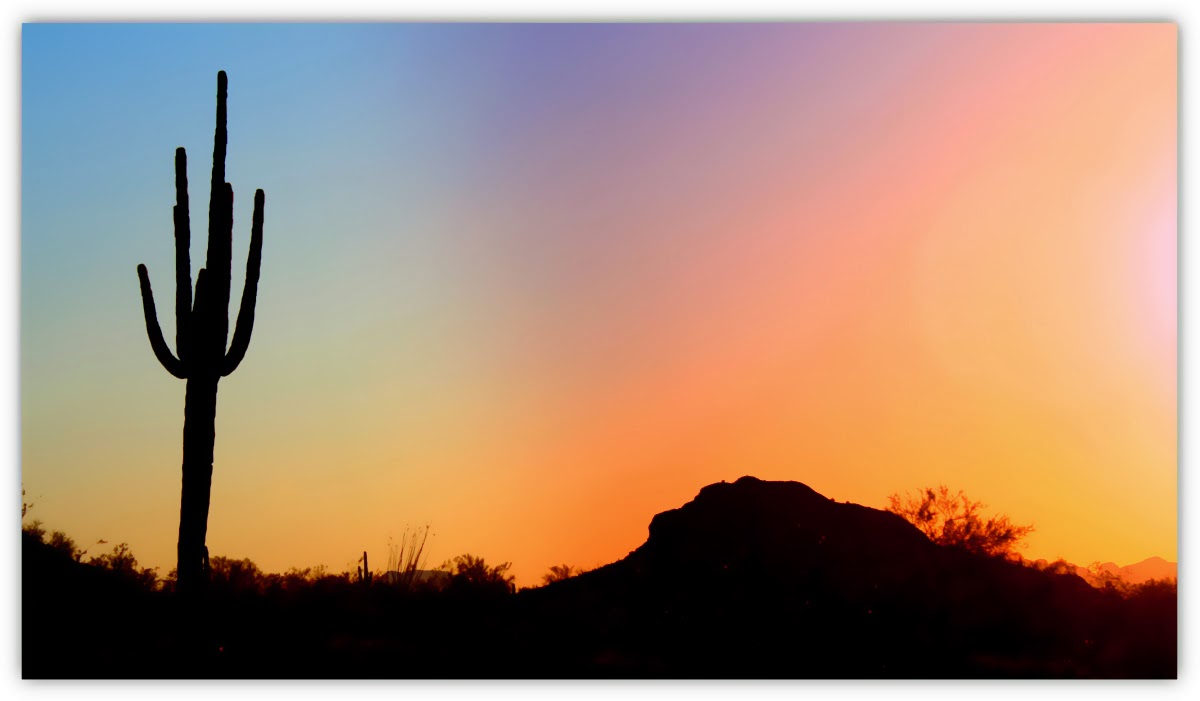 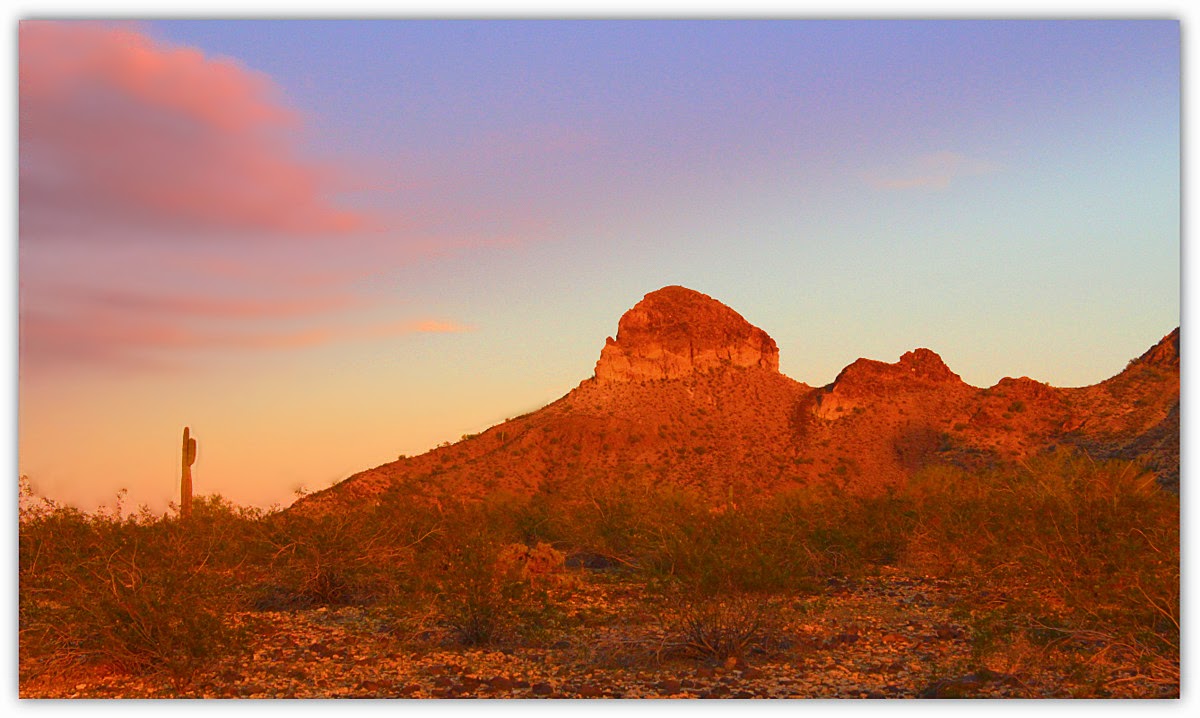 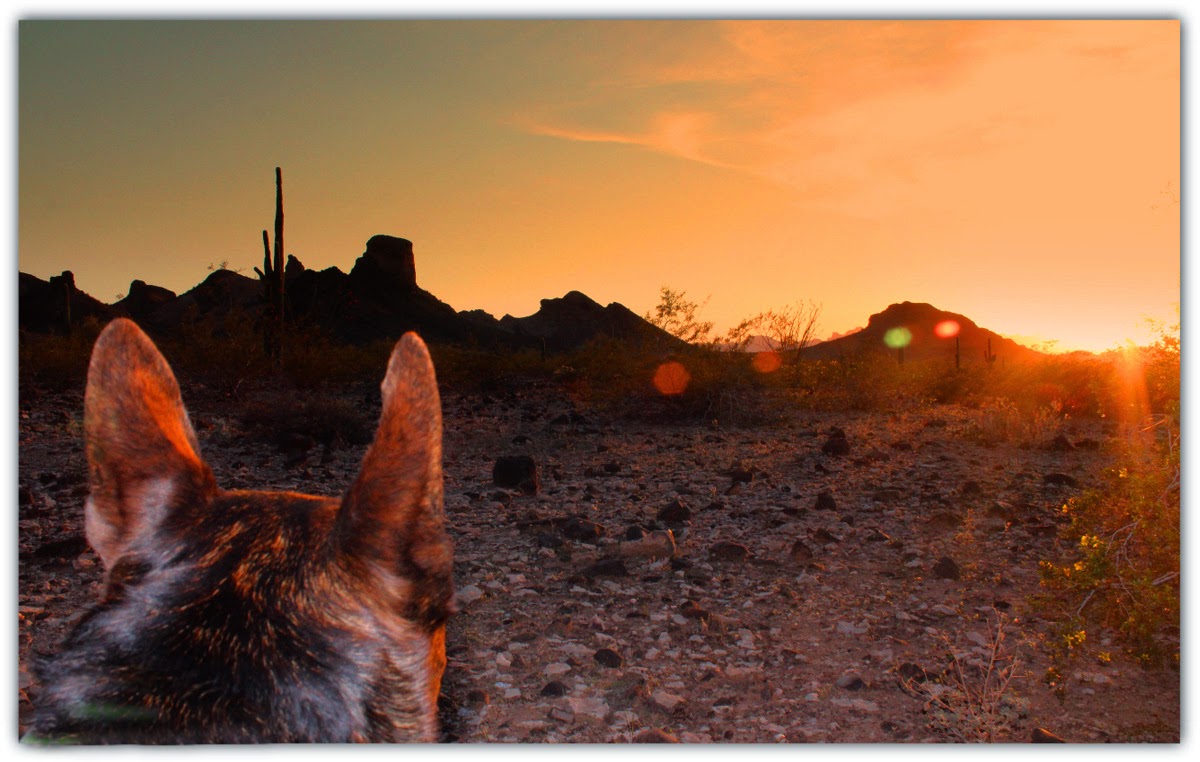 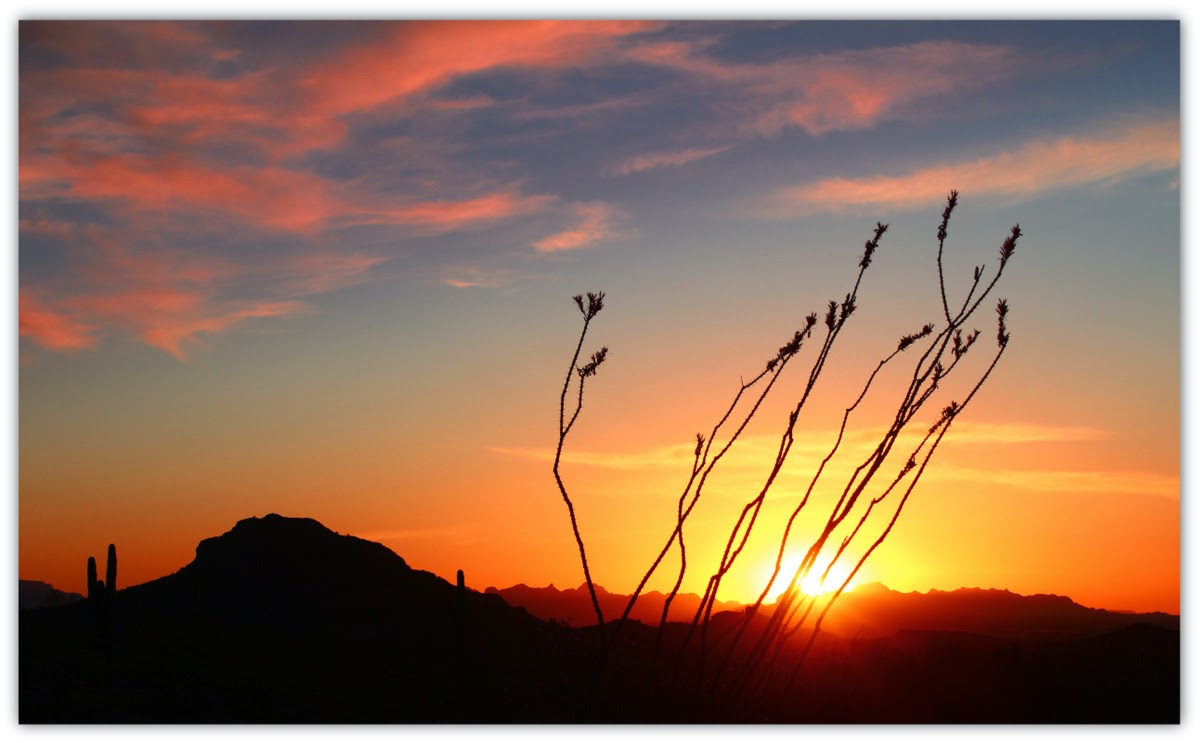 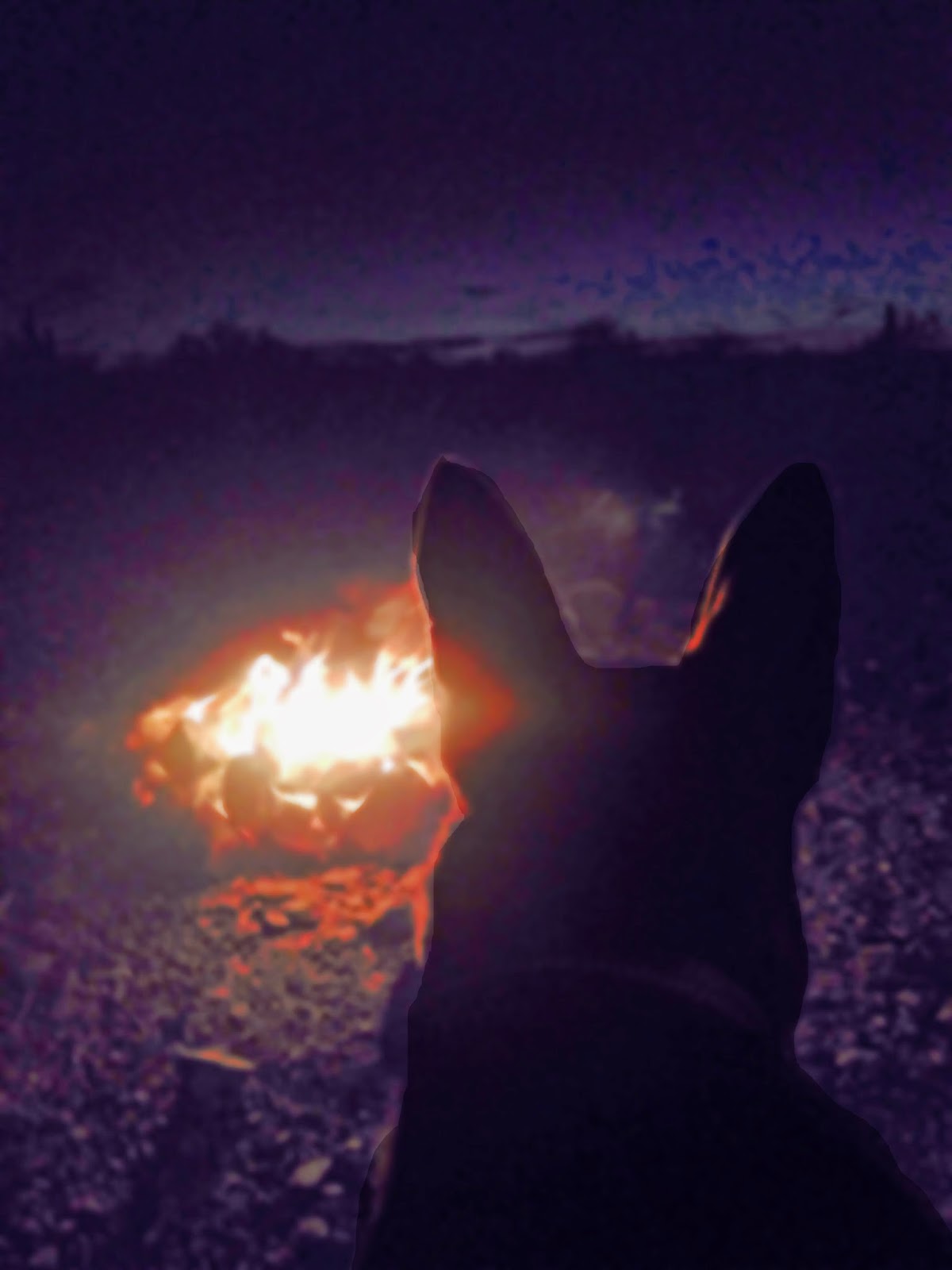 All in all, we were happy with our short stay.  Wished it could have been a little longer, but we opened that box of chocolates and unwrapped one that changed the plan!  Next blog post!

We will catch up from our new (delightfully much cooler temps) spot in a few days!