I've been "stationed" here in Quartzsite, AZ for what?  Three weeks?  Dome Rock, LaPosa South, and this past week at LaPosa West.  First, a little about LaPosa West, then we'll move on....

The site I found in LP West is fairly close to the highway, but not really noisy, is alcove-shaped and has a nice rock fire ring with some desert 'greenery' and it actually has a tree!  That's kinda homey.... 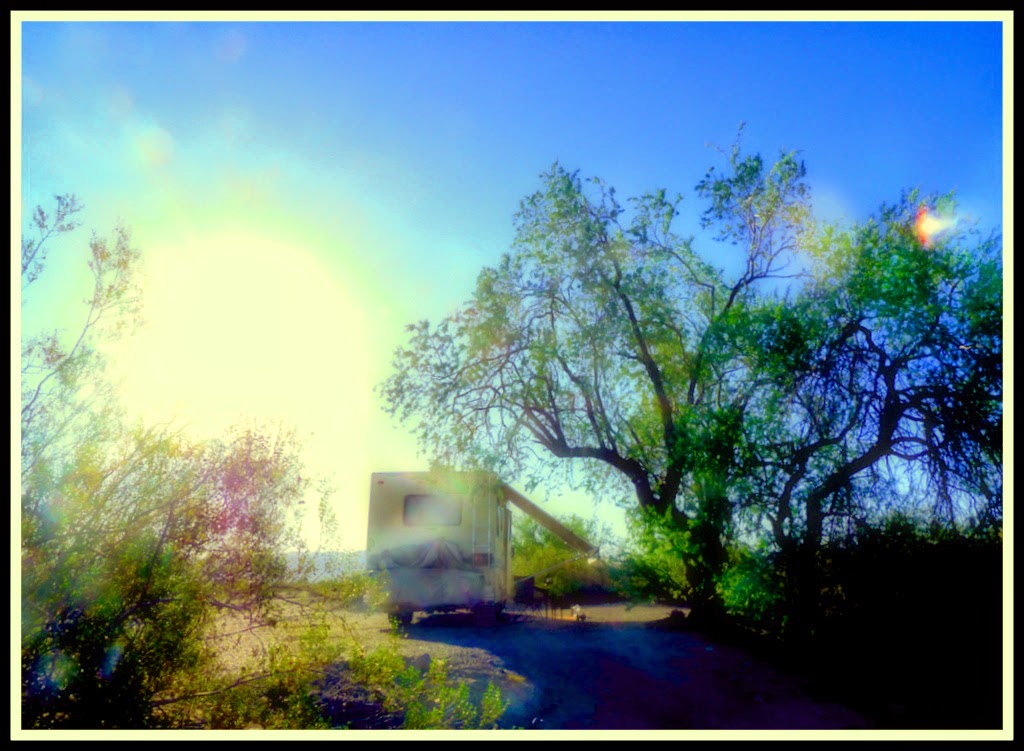 LaPosa West is just a mile or so from LaPosa South...how different can it be?  It's all just desert land! Well, there are no cacti as far as I can see around LaPosa West....that's interesting!  There is more "wildlife" here in West than South.  I have a family of chipmunks that scurry all about the campsite every day.  You're not supposed to, but I've been feeding them so they don't think the wires in and about the RV are their new recreational activity.

They seem to favor garbanzo beans and tomatoes! 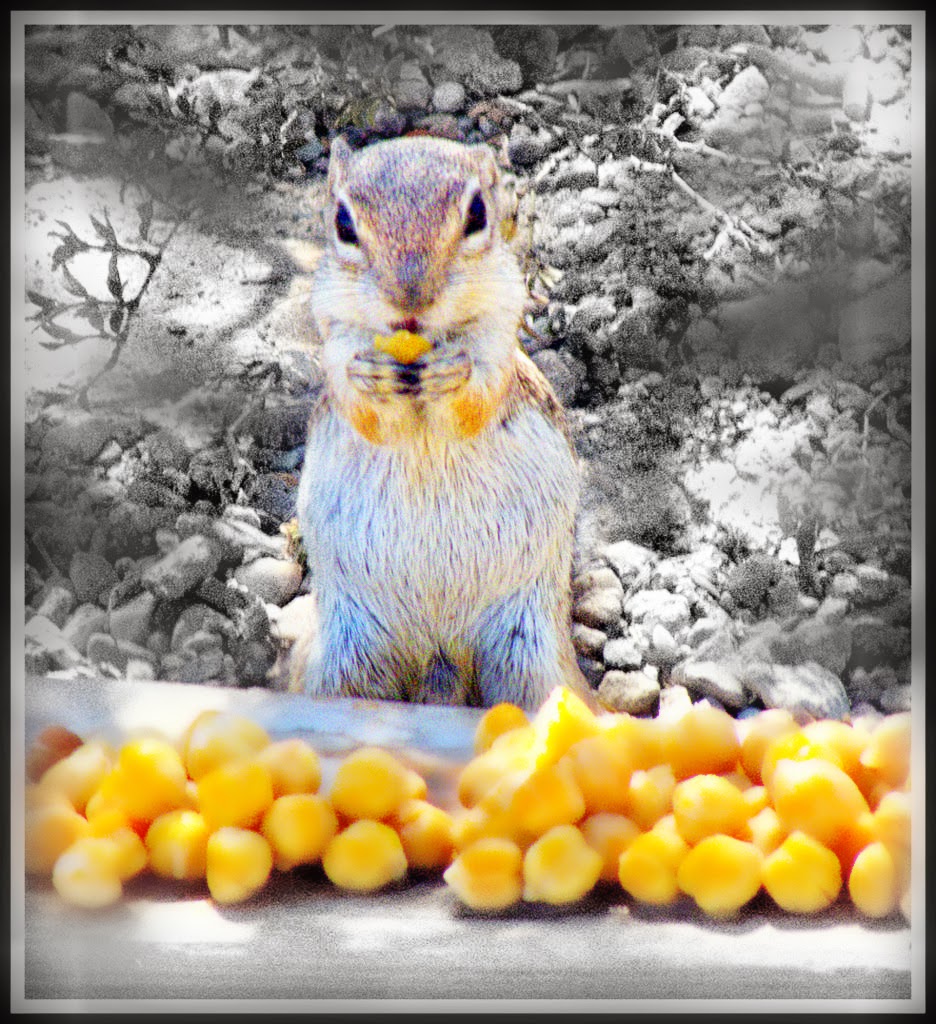 There are also some desert gophers that come around....however, they prefer tortilla chips! 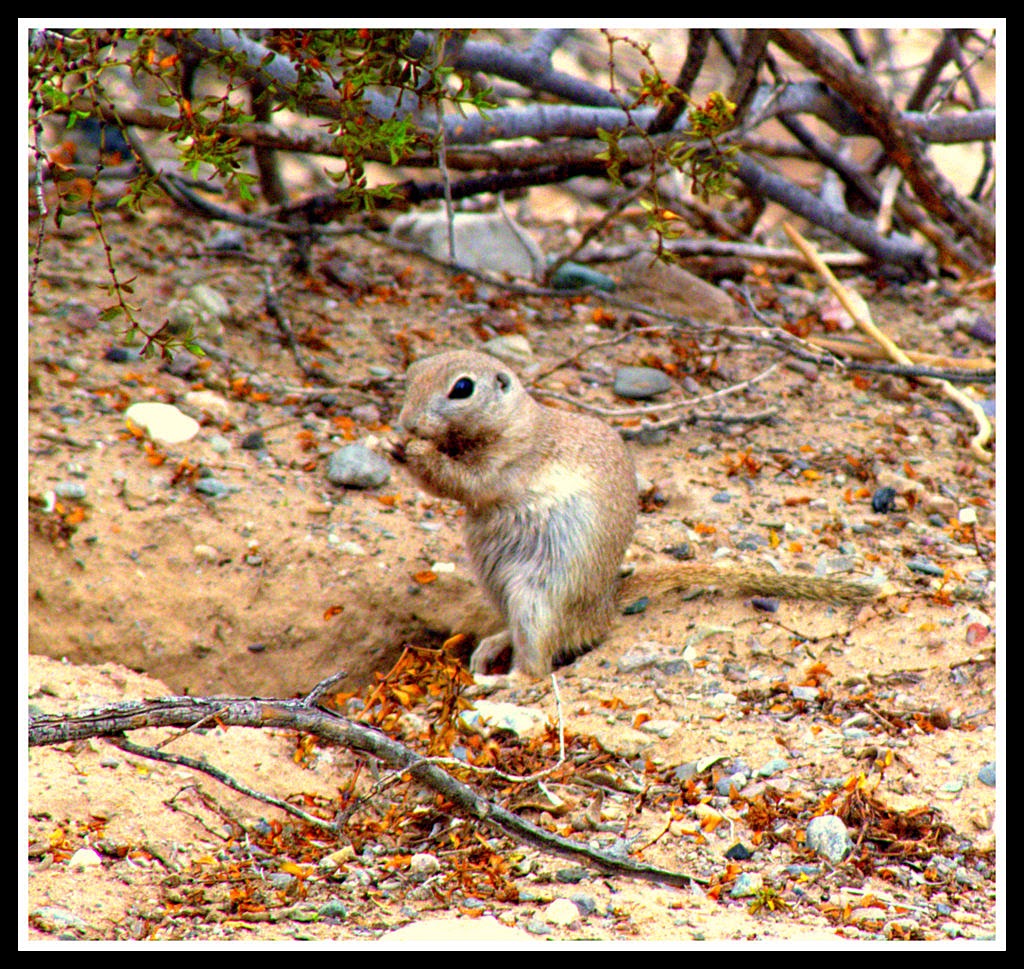 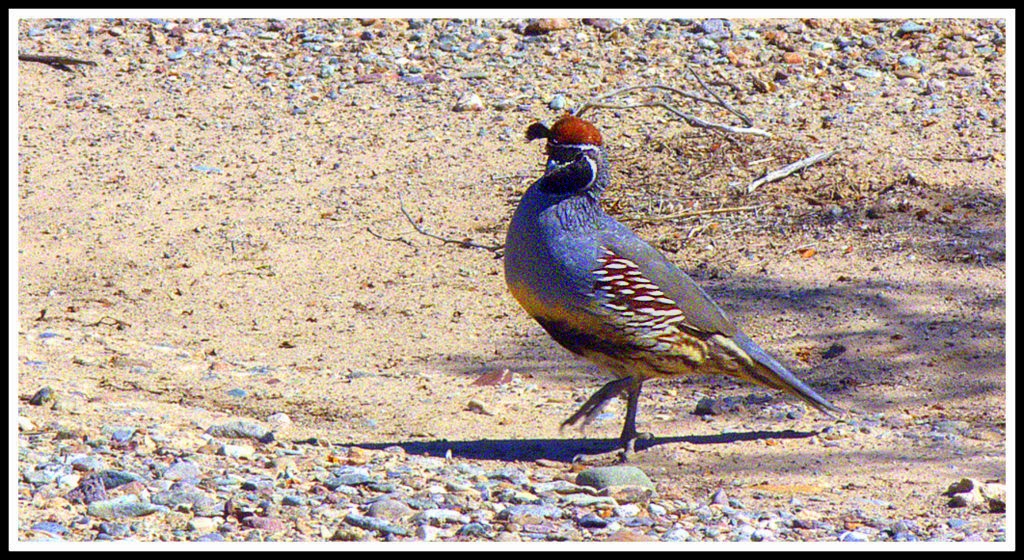 Have also seen the behinds of some jack rabbits hoppin' quickly away from me.  I haven't seen as many birds, tho'......but lots of little lizards just as in LP South.

And, of course, there are beautiful sunrises and sunsets...that's a given here, but something I never grow tired of ...every one is different. 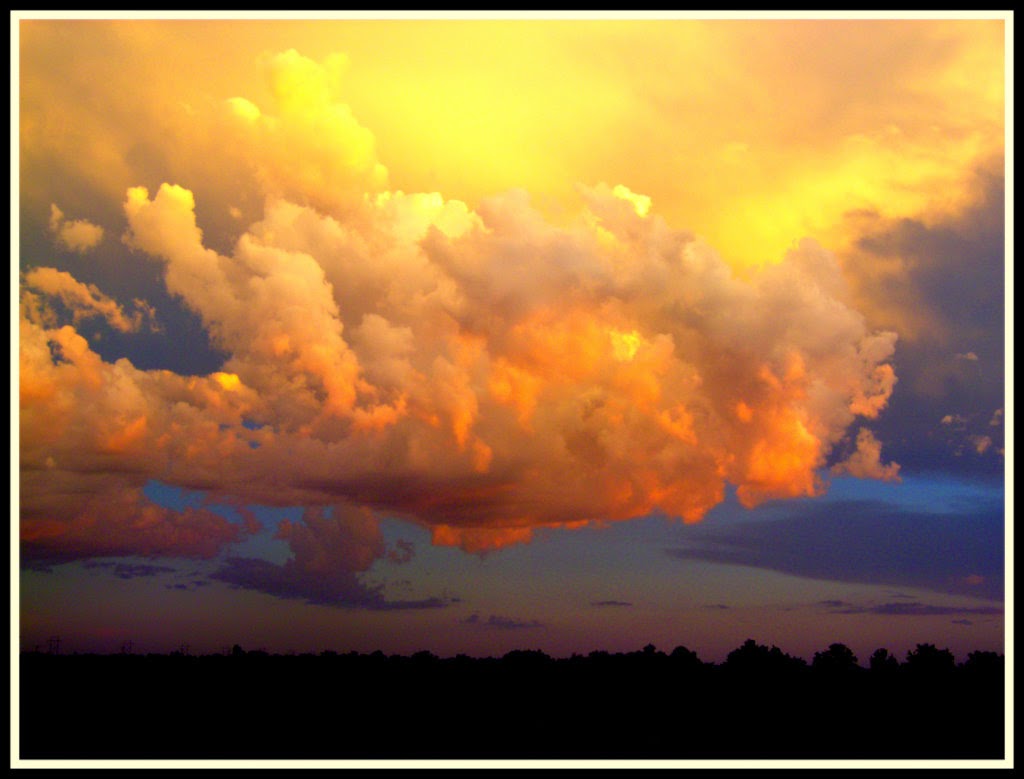 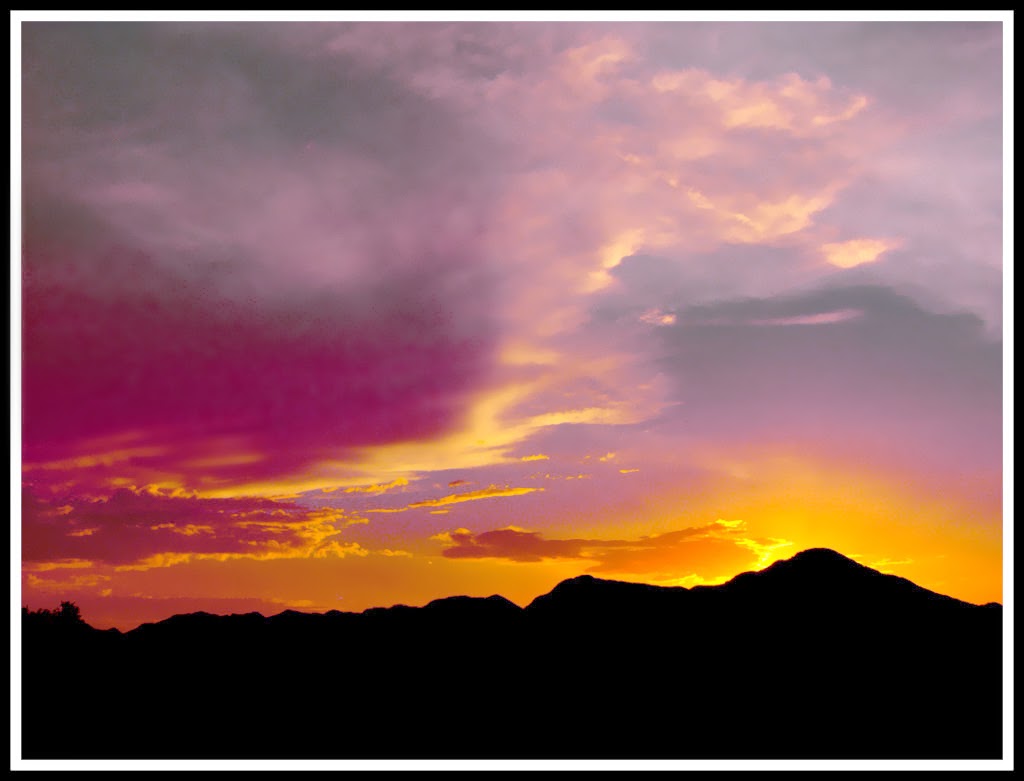 So, what's not to like???  All in all, it's a nice little spot.  However......in talking to several locals and some other RVers I have run into,  Quartzsite doesn't just get filled with people soon....it gets filled with loud, rowdy, obnoxious people.  Not very appealing in my way of looking at things!  Just not anything I think I can deal with for any length of time.

Sooooooooo.....  after I get a new battery installed on Thursday, I'm Headin' To The Border!  Well, "borders"....a little over an hour from here to Yuma.  Yuma, AZ is in the very most SW corner of AZ at the borders of California and Mexico.  My permit is transferable to the 11,000 acre LTVA area there.  The plus factors there are --- no crazies, a mail station, a potable water station, dump station, showers if you want to 'indulge' AND..........wait for it.............drum roll................natural water areas!  A reservoir, a lake and a dam. Now, I don't know if I can get a spot right next to the water....obviously, those are the gems and I would definitely have close neighbors even if I did get a spot, but at least there's water in the area....in the desert!  A great hiking destination if I can't live close to the water. Also mountain ranges in the distance.  Who's in??  I am!

Known as the city with the most sunshine on earth, Yuma is a multi-cultural city with about 95,000 people, so there are amenities, albeit about 15 miles away (altho' I'm thinking there's probably a Walmart closer than that, as there are three WMs there!), but close enough to find anything I might need.... even and "international" airport.  It's just under three hours over to San Diego, and, I can go across the border into Mexico easy enough if I want to.  I have a new passport :-)

Anyway, that's the plan.  So, the days about posting only about "RV life" aren't here yet....there's more exploring to do!  Stay tuned!

I can't seem to get the song to that 1959-1961 western, The Rebel, out of my head!  LOL!  Nick Adams starred as Johnny Yuma....lyrics were sung by none other than the great Johnny Cash! 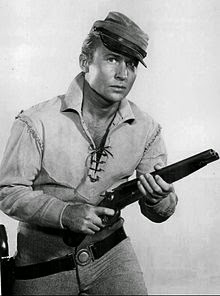