It's been awhile, I know!  But for four of the past many days I didn't have internet or cell.  I haven't figured out a way to bypass the internet to create blog posts!  This first part is a little wordy, but then....mostly photos!

So, I think I left off with no generator at Ayers Natural Bridge State Park near Casper, WY.  Well, back when I was up in Sheridan, WY I had made the decision to go on down to Arizona instead of the extra long route down the west coast.  So that was taking me south down through Wyoming.  It was a great coincidence that I happened to make this route change!

I had to go through Rock Springs, WY on the path to Arizona.  As luck would have it, there is an Onan generator authorized repair service there!  I called, explained that I thought it wasn't a big deal but I didn't want just any mechanic along the roadway looking at it.  "C'mon down..we'll see you about 2:00pm!" was the friendly response!

Arrived at Cummins Rocky Mountain, LLC a couple of minutes before 2:00pm and was met by gen tech, Chris Lucero.  What a nice guy!  It took him all of 10 minutes to go through everything and he found the main culprit to be the altitude adjustor.  Since I had just passed over the Continental Divide at 7,000 feet, I knew I wasn't in Ohio any more!  LOL!  He explained a few generator facts to me (including how to adjust for altitude), cleaned off some excess oil that had spurted out (my fault), tightened the filter and that was it!  And guess what???  NO CHARGE! This place was great!  And the shop was so pristine you could have eaten your lunch off the floor! Very impressive!  So....off I went, very happy!

About 30 miles out of Rock Springs was a Little America Travel Center.  This place was a SUPER parking lot stopover.  Free WiFi (that went out to the parking lot!), a restaurant, gift shop, gasoline and a hotel. 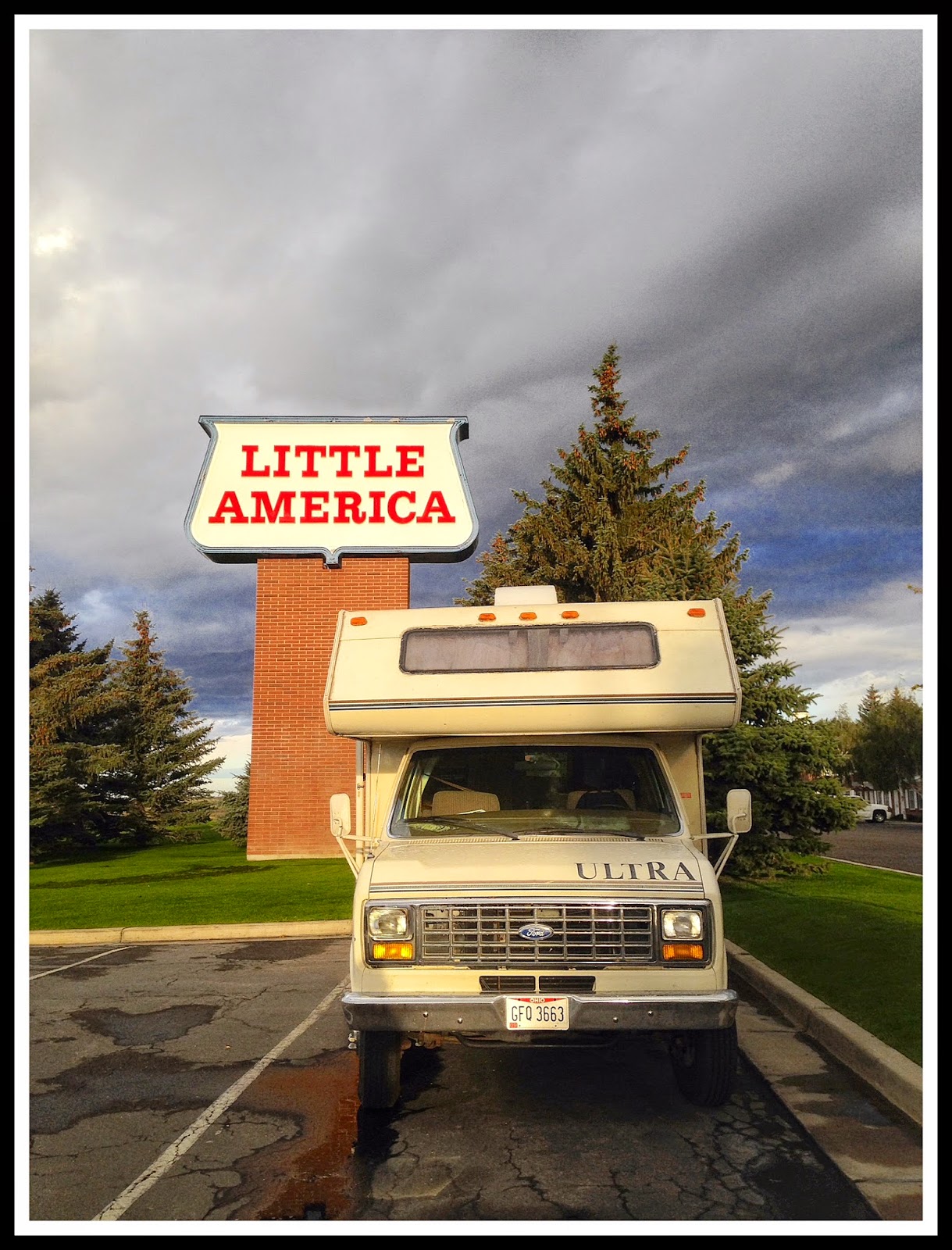 I never "eat out", but to celebrate my generator good fortune, I went to the restaurant for a big bison burger, fries, salad, iced tea and blueberry pie....all for $12.94!  Can't beat that! 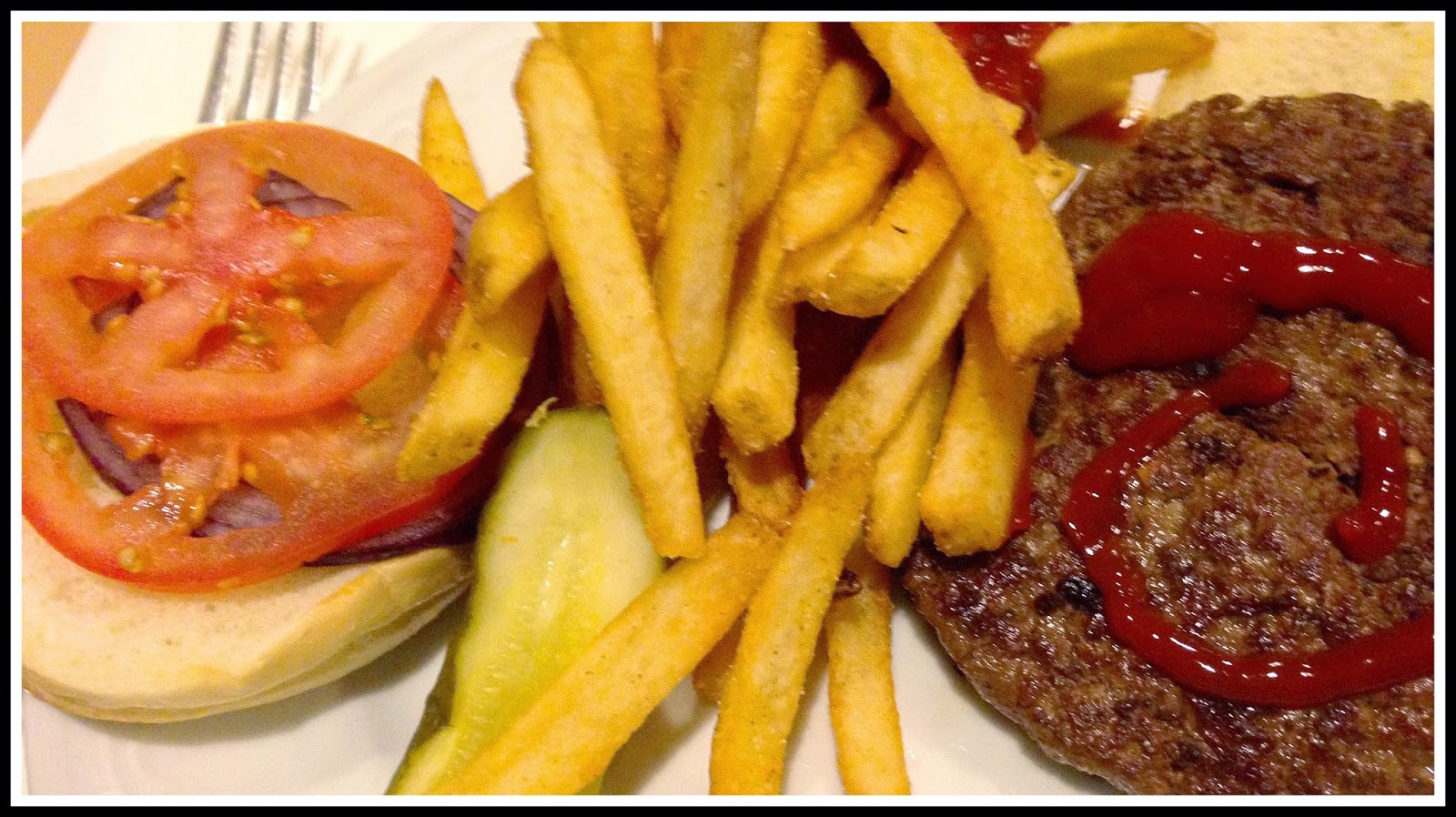 Had a good rest at Little America that night.  The next morning I had a pleasant drive... 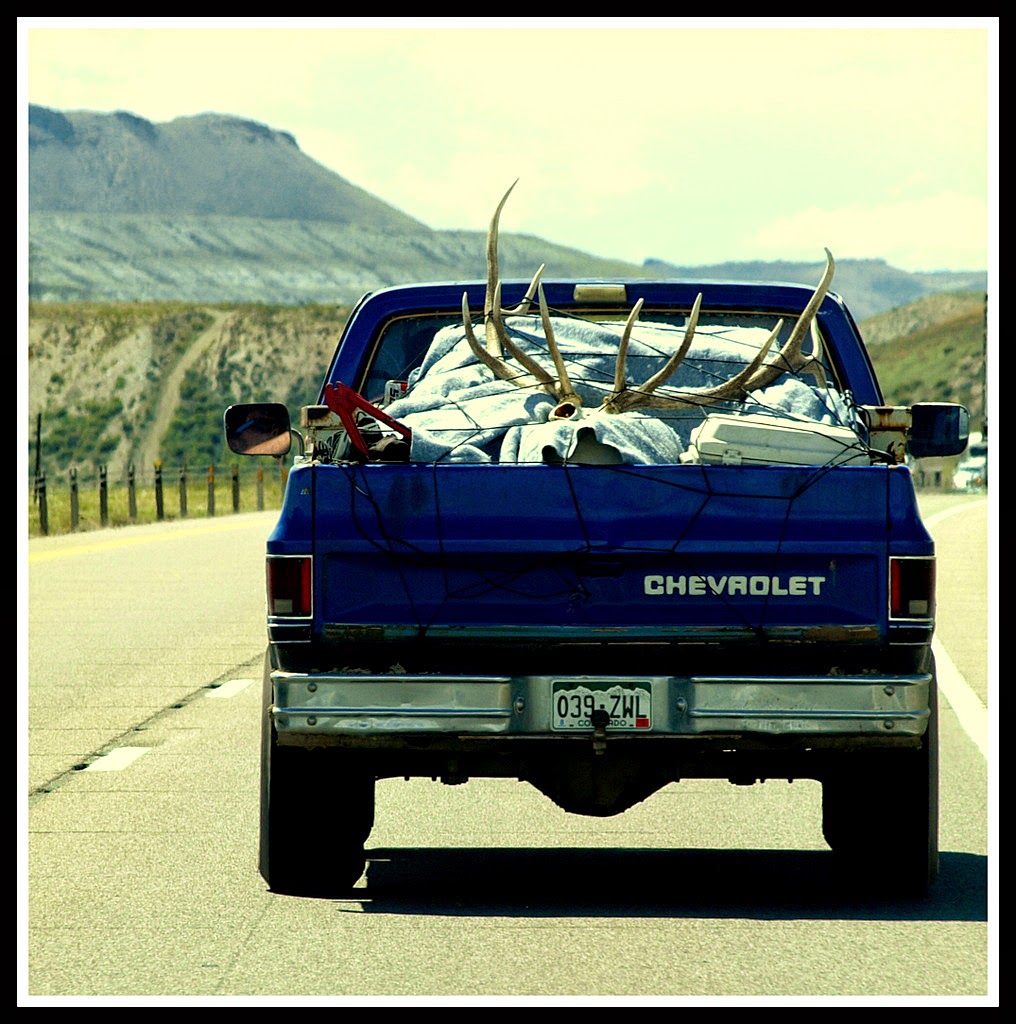 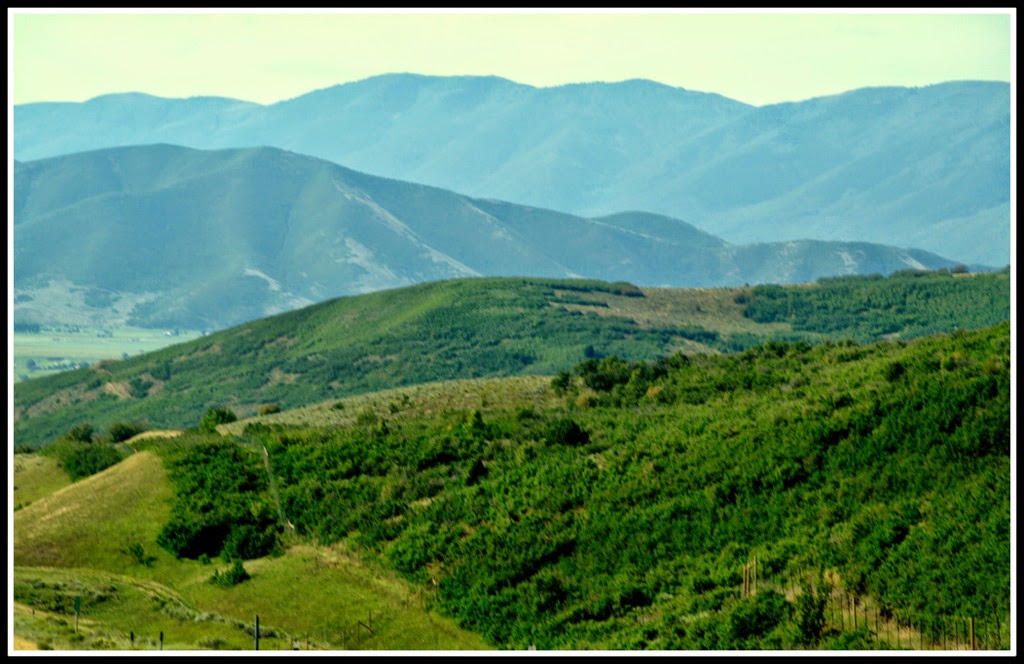 and started noticing that the terrain was changing...especially when I hit... No more rolling plains and prairies! 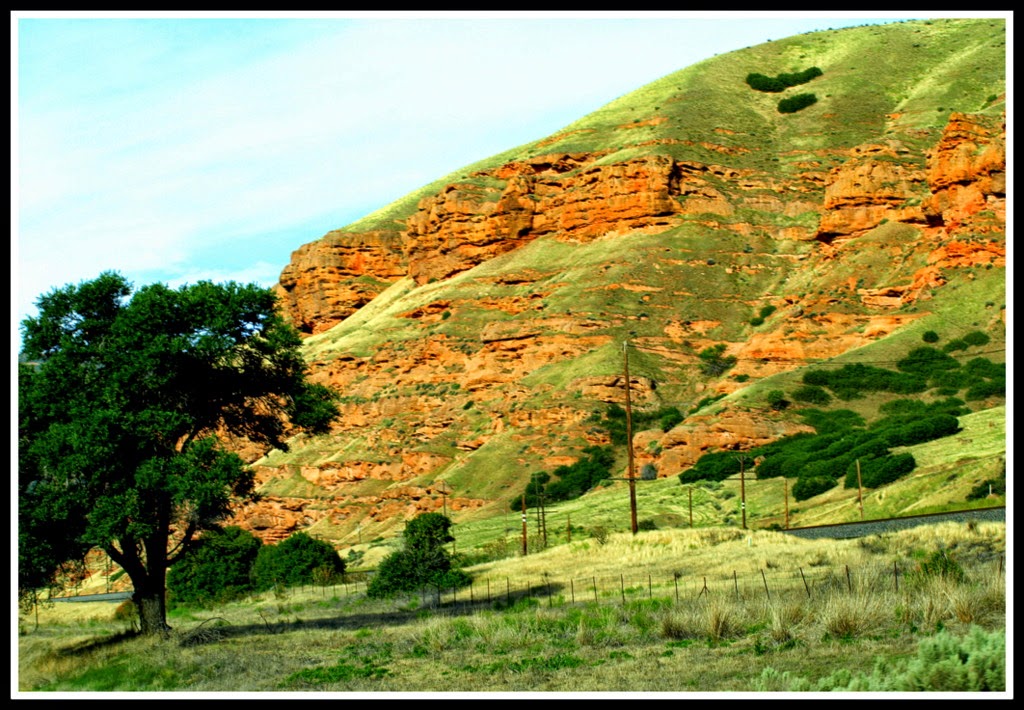 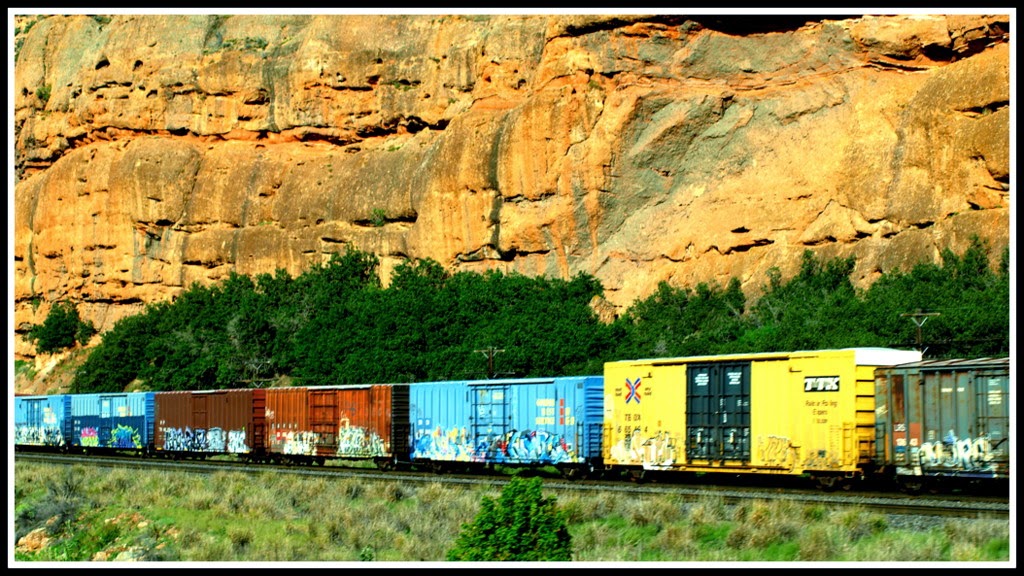 I almost passed the Deer Creek State Park just out of Heber City, UT.  Very glad I didn't! Absolutely gorgeous!  It incorporates the Provo River.  I hopped out of the 'house' for about 15 minutes to take a few photos.  Could have easily stayed longer but needed to going... 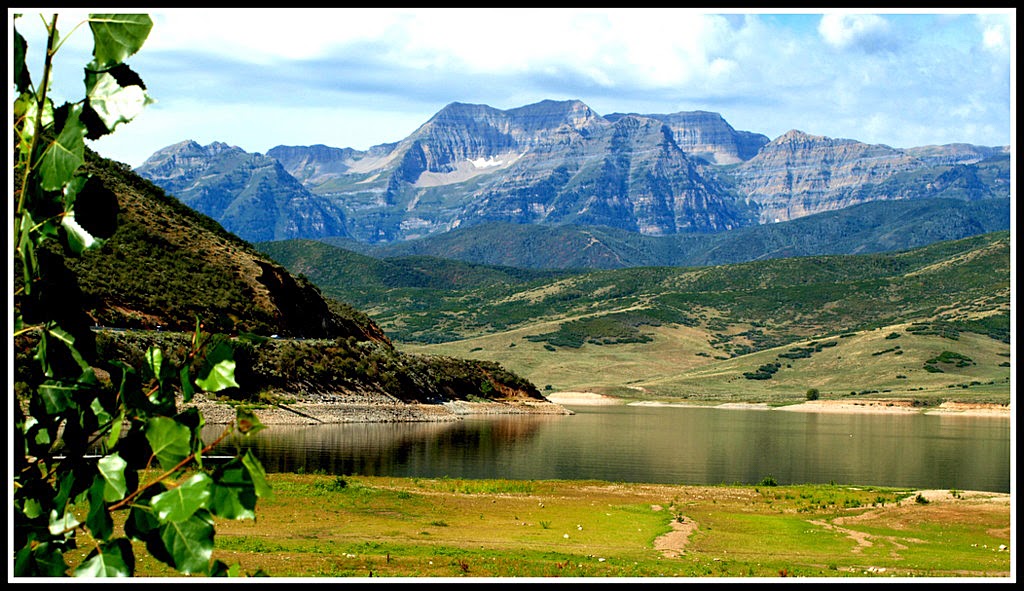 Made my way to Springville, UT - outside Provo.  Actually drove through Provo and was thinking it seems like it would be an okay place to hang out for awhile!  As I drove into Uinta National Forest these bashful bovine greeted me.  You will see they have free reign of the national forests around here! 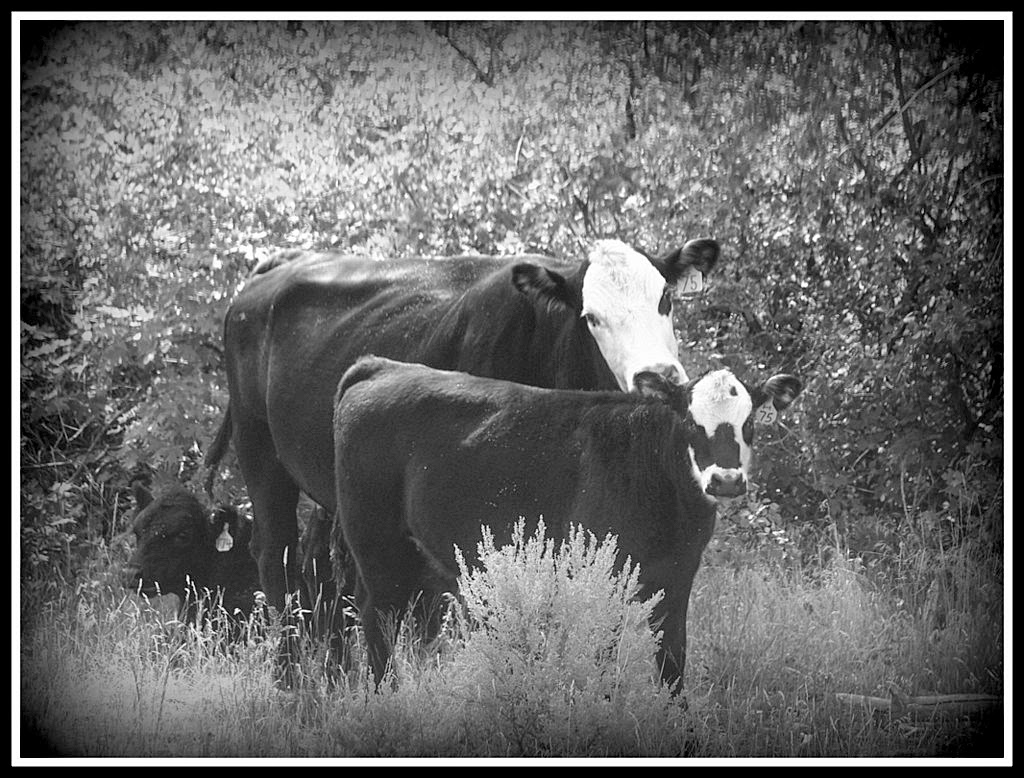 I meandered my way down 12 miles of gravely roads to find the FREE camping sites.  Free, I guess, because most people would just stay in the developed campsites with no gravely roads to deal with. But, really, the roads were great compared to many I've bumped along!  I found my spot within some trees... 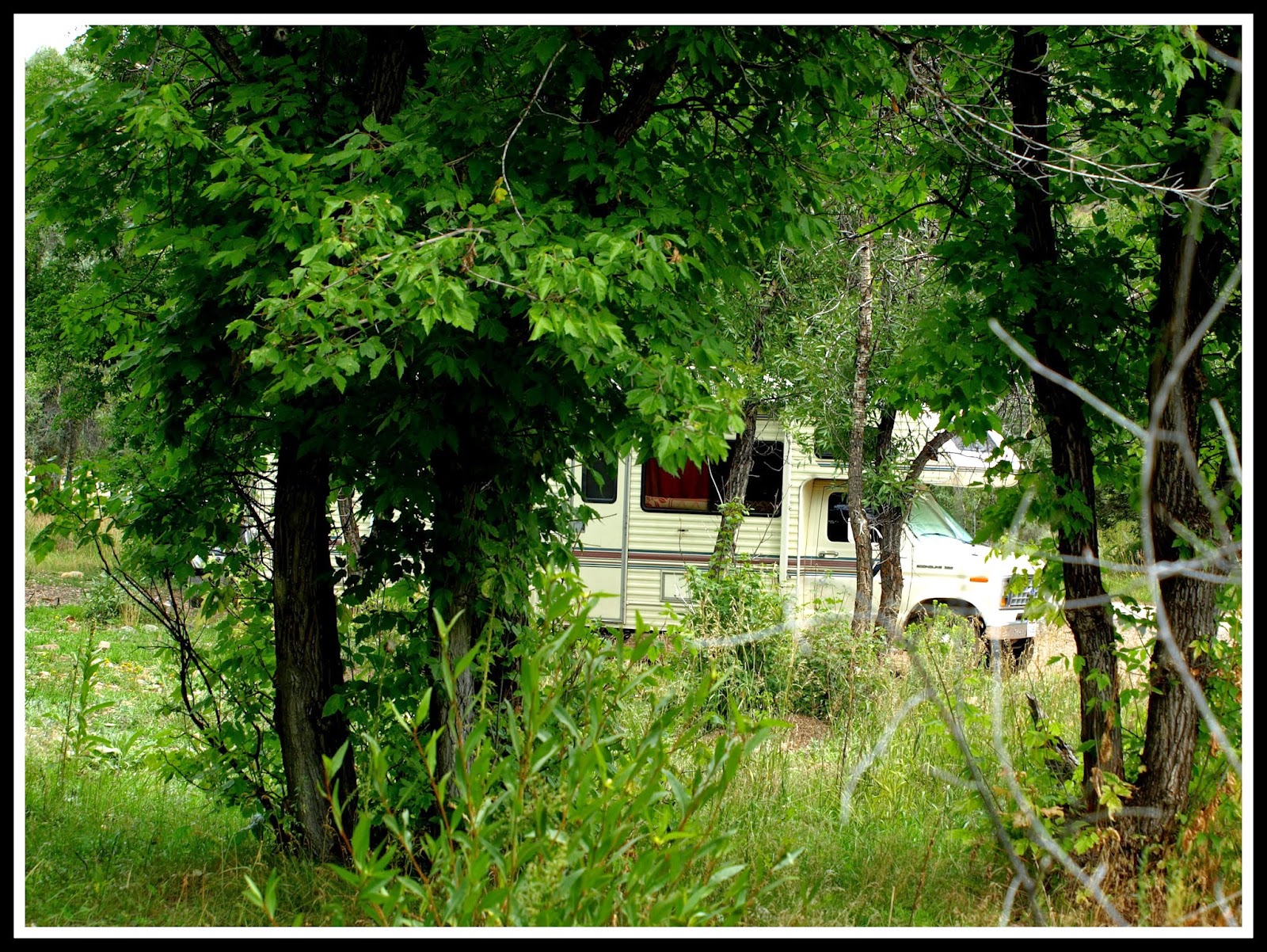 And, lucky me....right by a babbling brook!  I may have found a "better" spot if I'd kept on going, but this was going to be fine for one night.  Got settled and took a little walk around.  Mostly just woods, but it was quiet and peaceful... 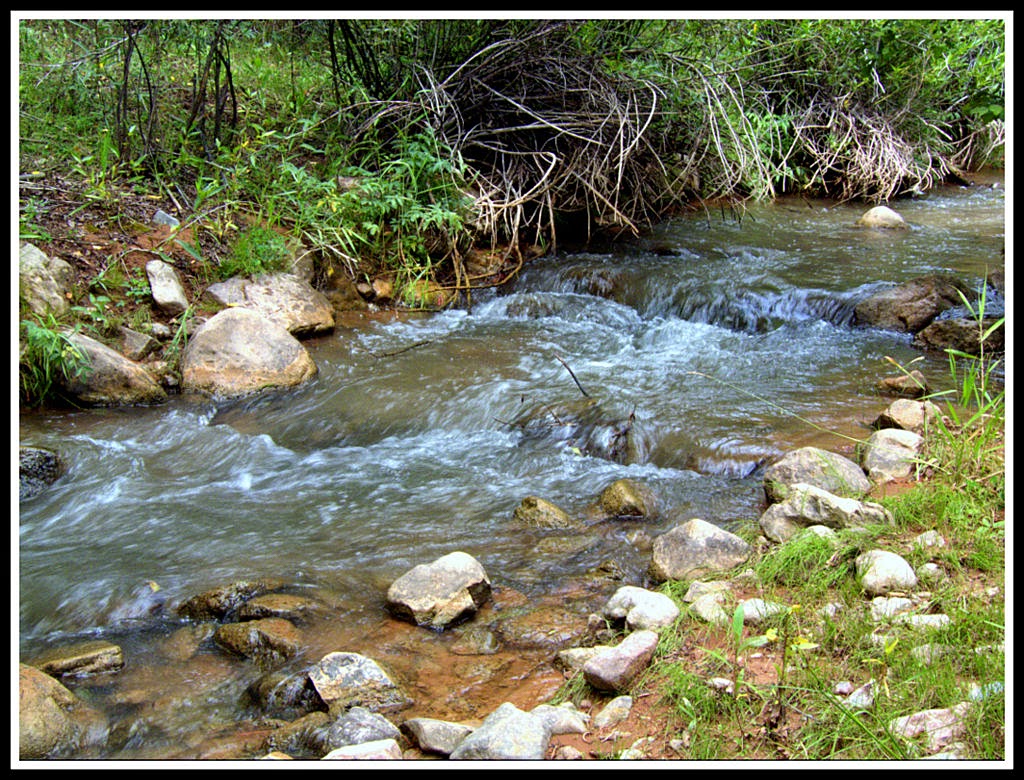 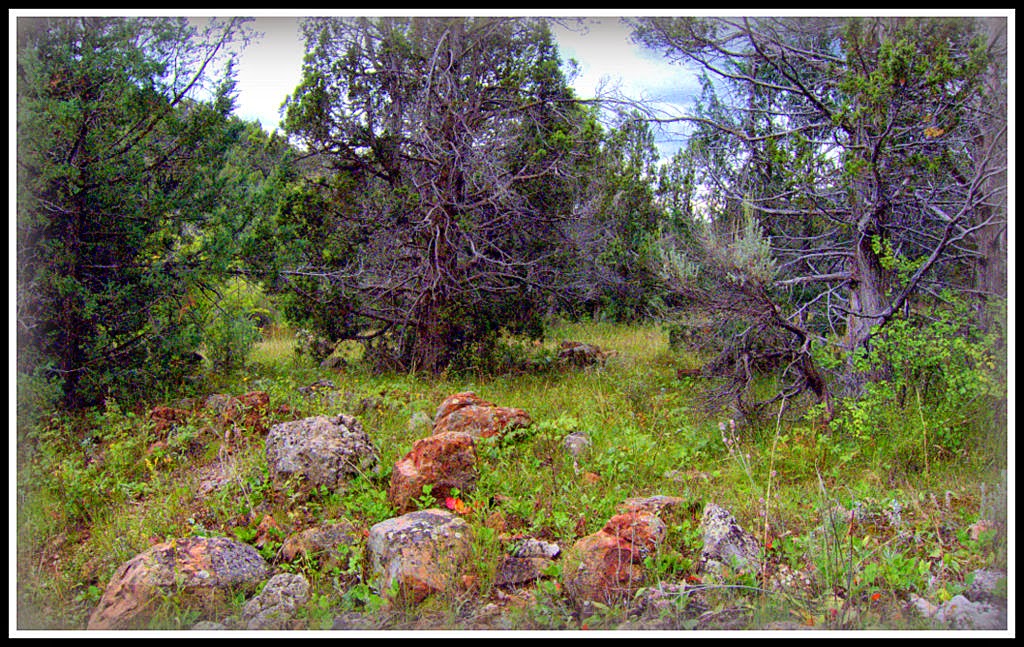 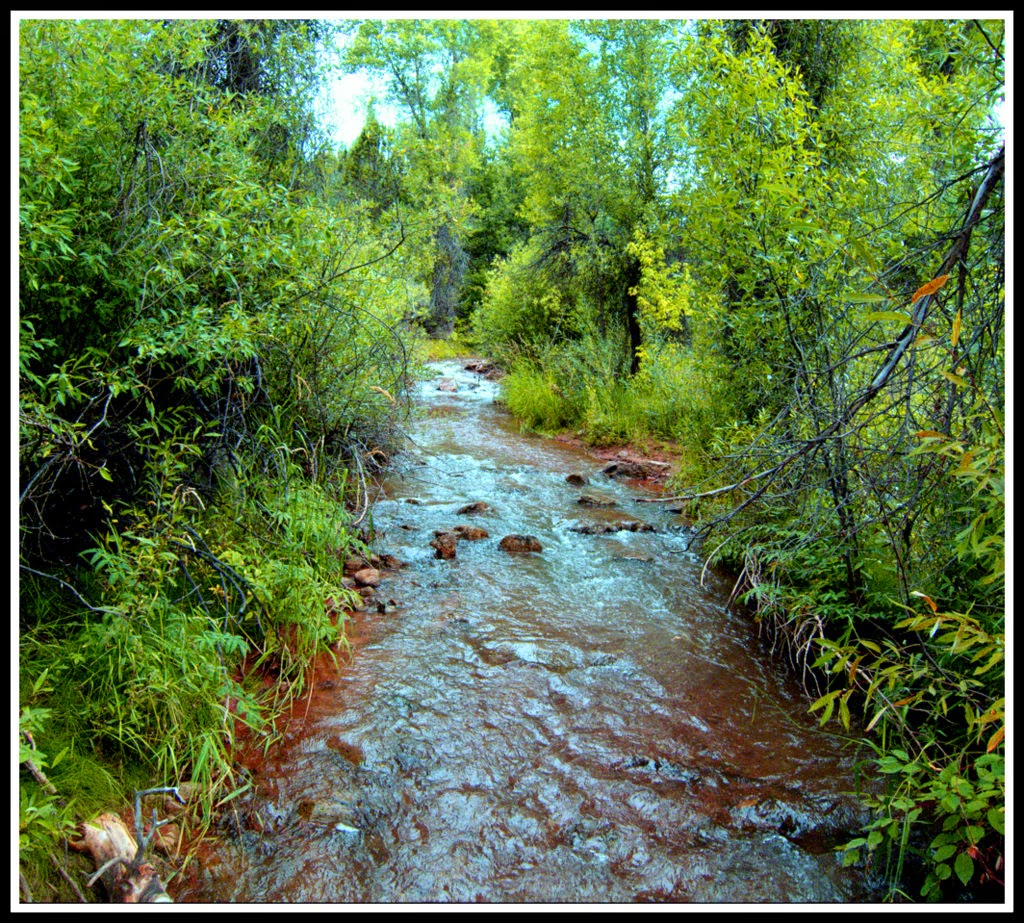 I was just minding my own business and thought I heard some rustling outside the RV.....Yep....I had visitors!  LOL!  They stampeded off across the road and up the hill as soon as I got a little closer.  They are bigger than you think!

After a restful, babbling brook-in-the-background night and the last of my strawberries and ice cream.... 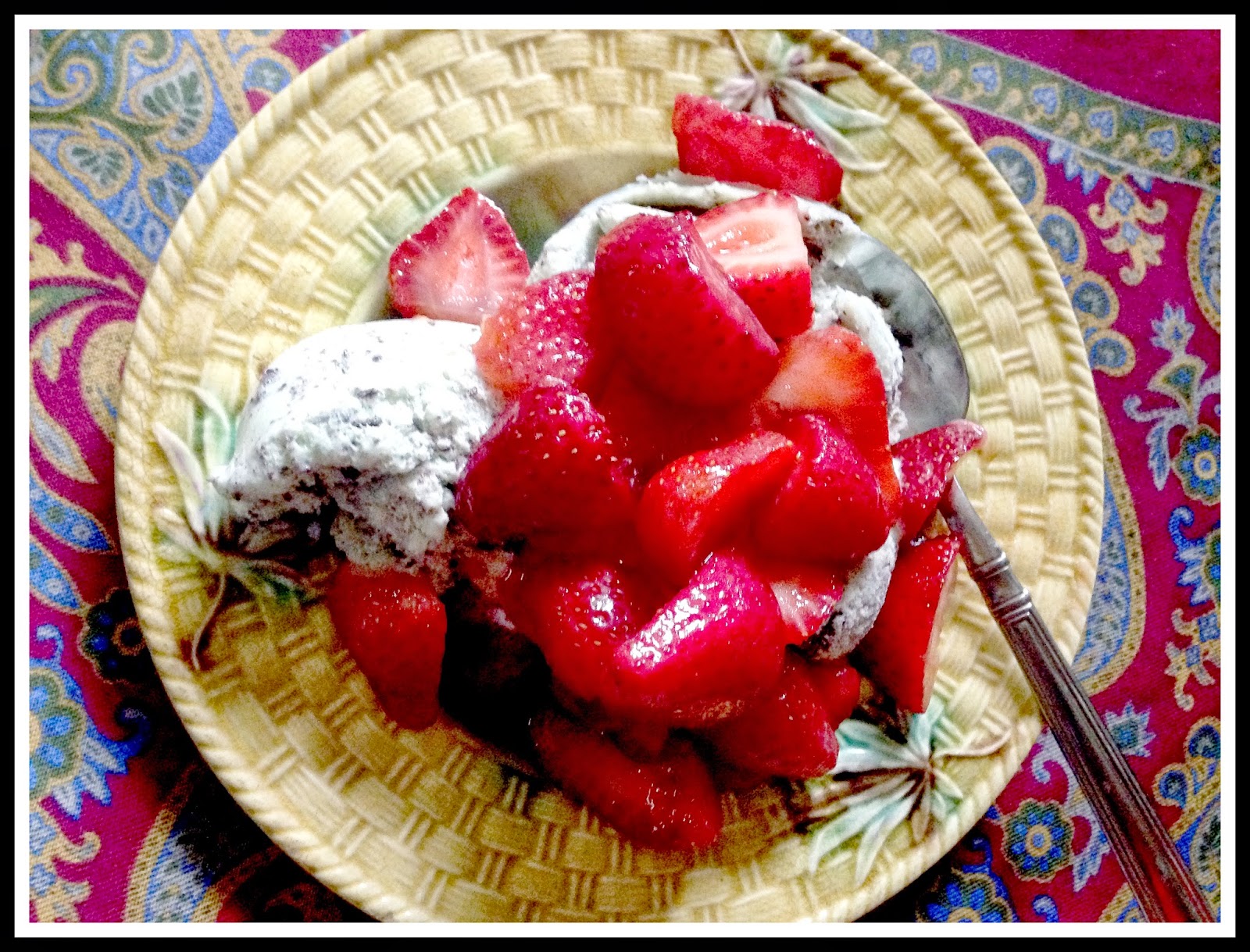 I was up early the next morning to catch some good light on the way out of Uinta National Forest...among other things! 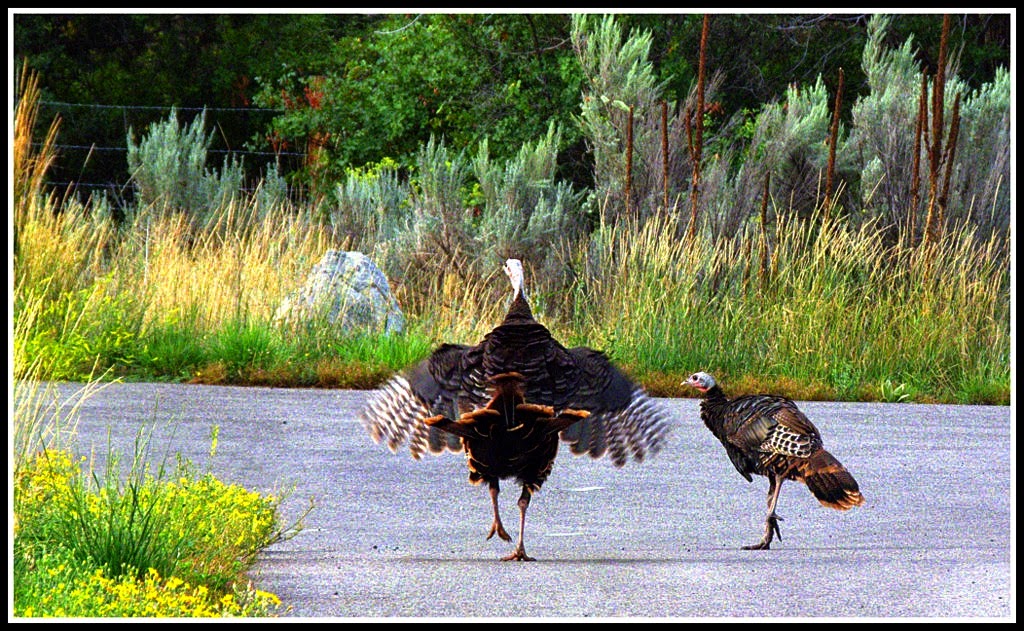 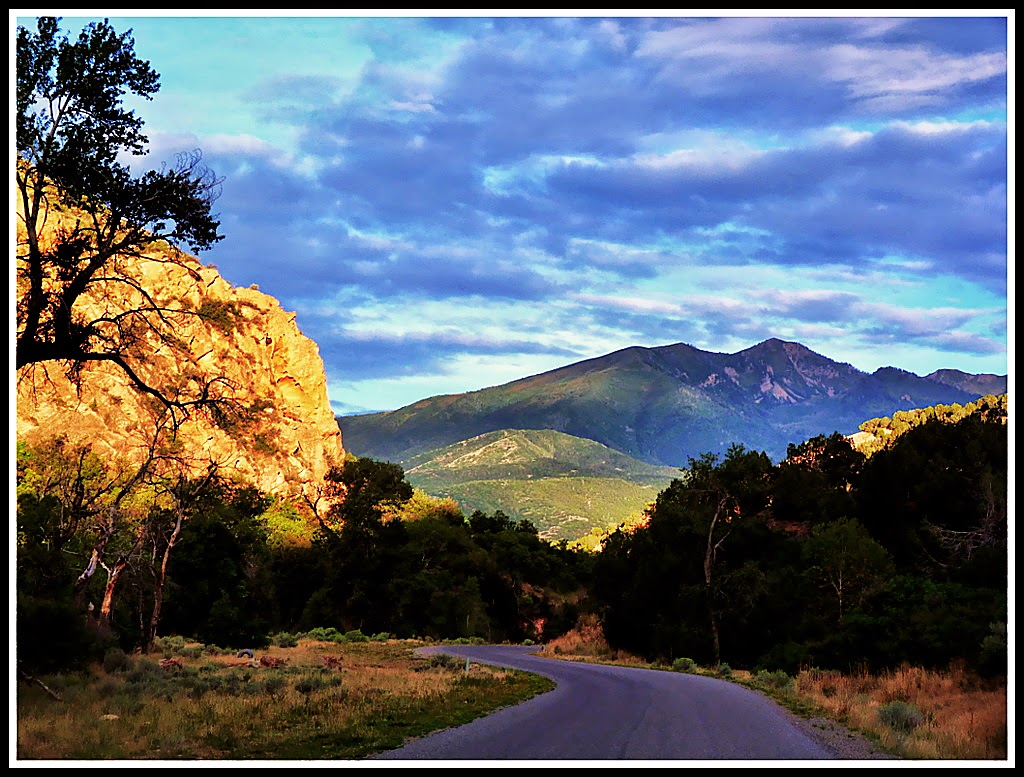 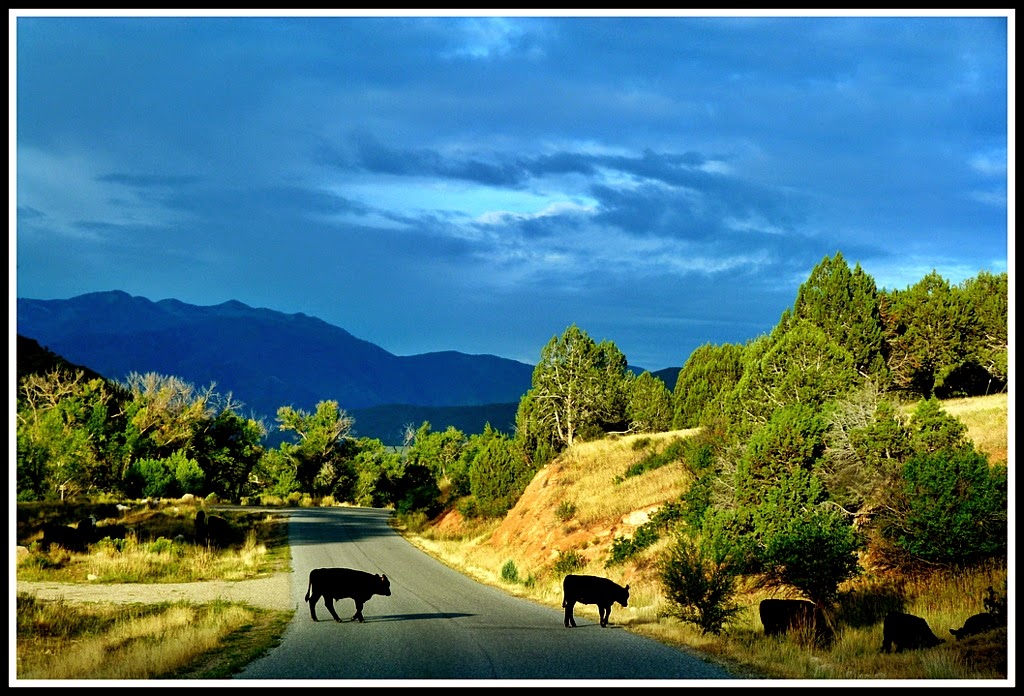 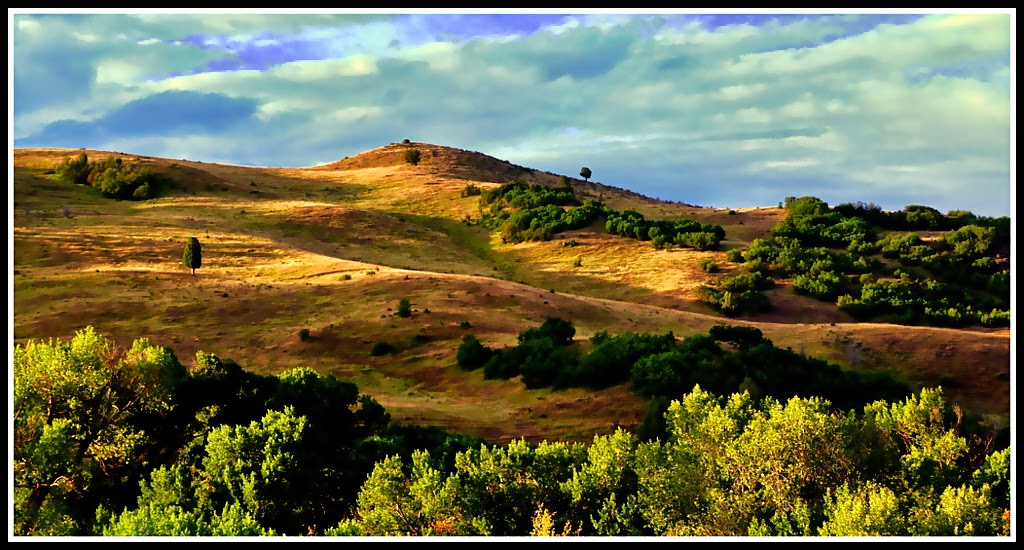 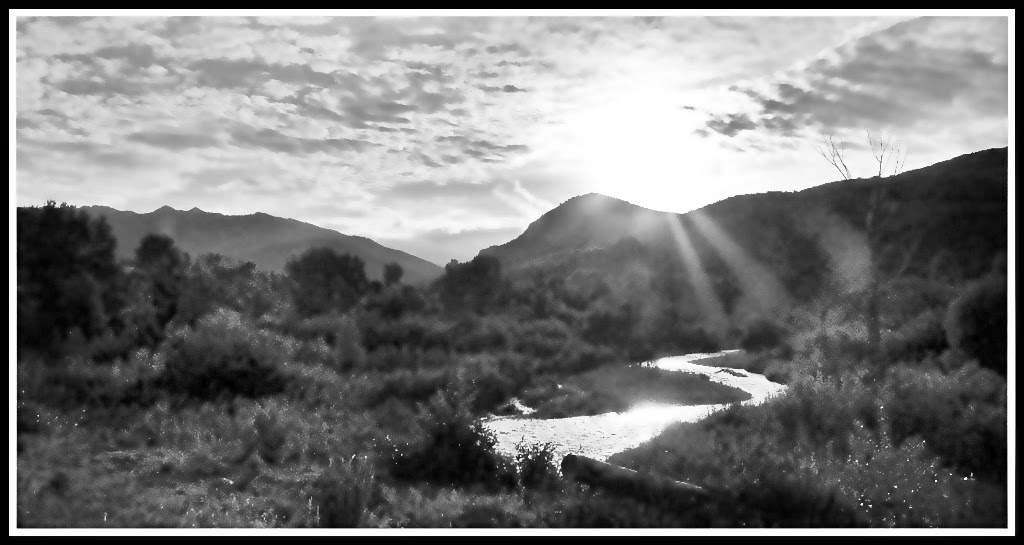 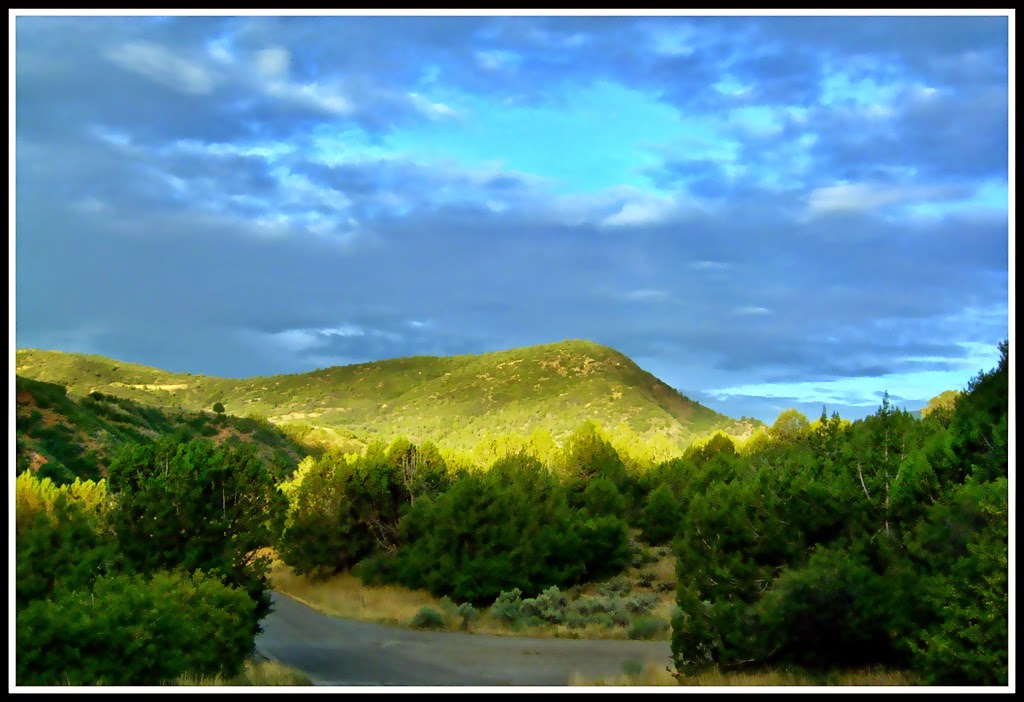 Coming up....the early start to the Labor Day weekend near Parowan, Utah!  Hope everyone has had a great holiday weekend wherever you are!