I'm sure you all know by now I try to find boondocking spots with some interest...especially photographic interest.  Well, it doesn't always work out that way....and I'm not talking about "Walmart" nights...those are just a given in this lifestyle.

I had been having a bit of a generator issue...nothing serious, but enough that it wouldn't turn over. If I were one to stay at RV Parks, this wouldn't really be a problem because I could just plug into an electrical outlet to charge my cameras, laptop, using the microwave or A/C.  But, considering I am of the anti-park mentality, my generator is an integral part of my life.

Anyway, after adding some oil at my stop at Bear Butte, it seemed fine.  So, on the way I went....to the Big Horn National Forest.  UUUUUUP the mountain, down miles of gravely, windy roads then finally at my perfect camp site where I'm planning to hang out for a few days. REALLY beautiful! 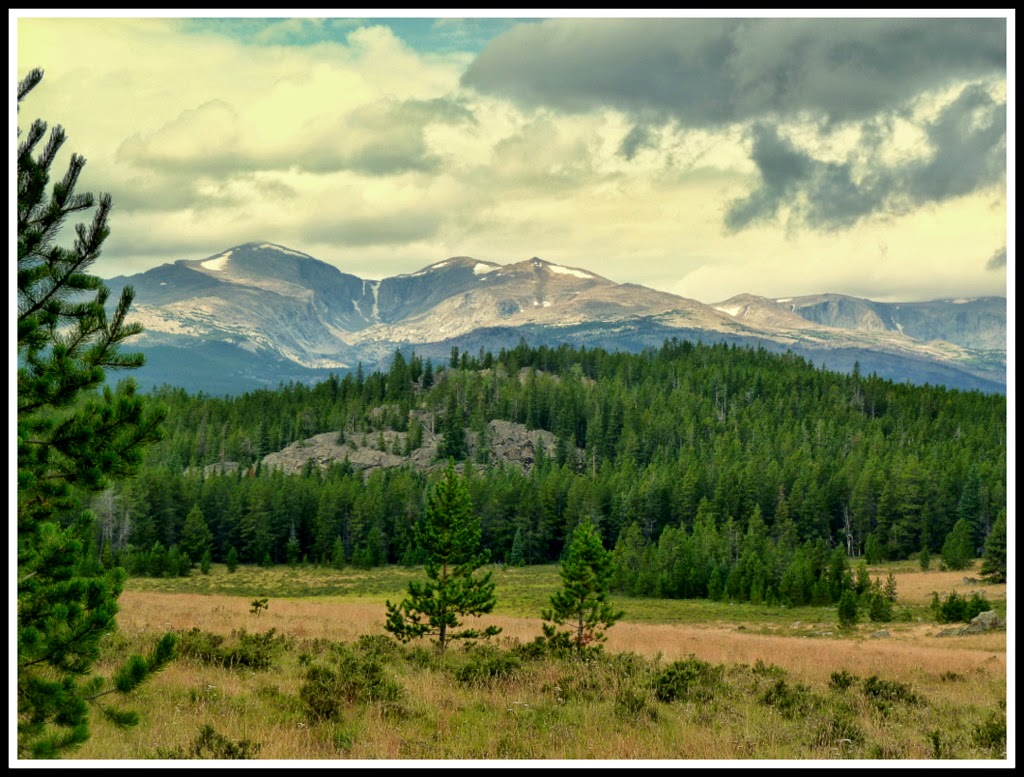 I got all my stuff  'untied', wandered about the area a little, and settled in.  Switched on the generator.....it wouldn't turn over.  Now what????  Hmmmmmmmm...what to do??  I was going to be needing it.  Sooooooo, reluctantly, I tied everything back down....went back through the miles of gravely, winding roads and DOOOOOOOWN the mountain (only to loose my brakes half way down.  Had to stop at a pull off to let them cool down.)  Then I drove to Sheridan, WY thinking it may offer a place to have the generator looked at.  Pulled into Walmart and added a little more oil. AND...the generator turned over!  YAY!  But, I had left the ideal campsite.  Oh well...stuff happens.  Nice scenery, tho', to and from: 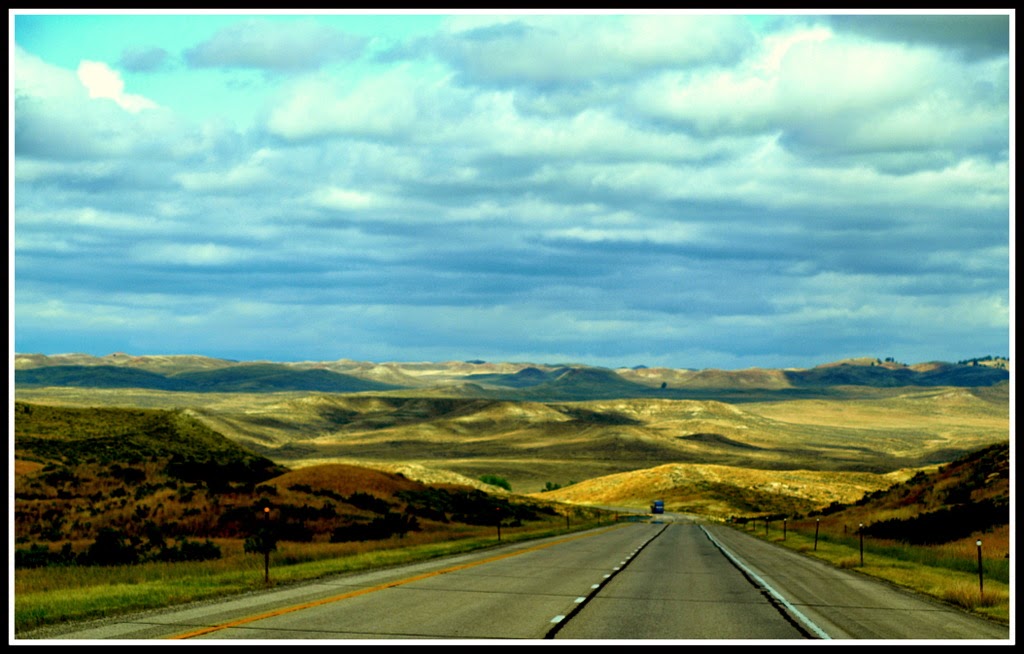 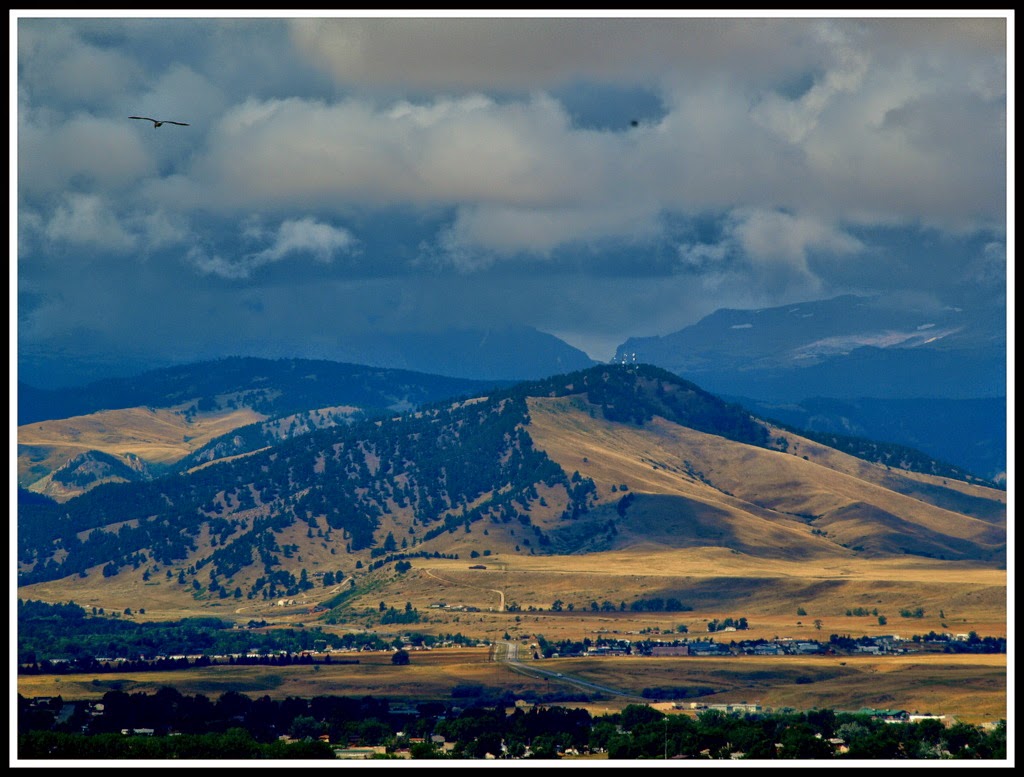 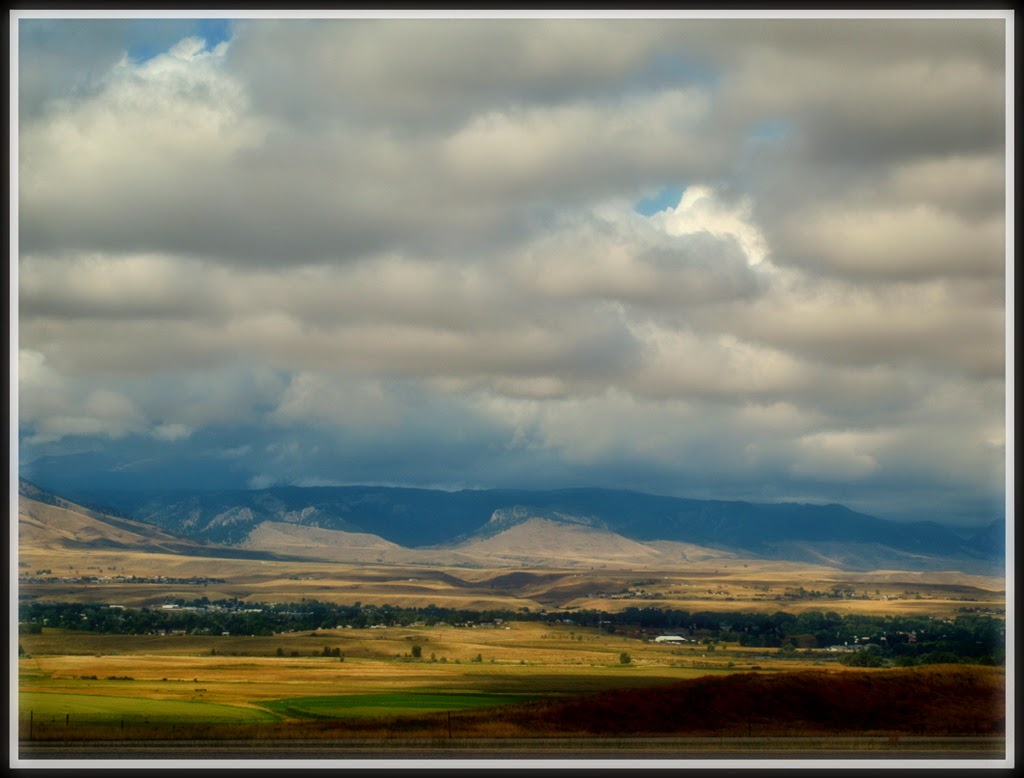 As it turned out, it was all probably a good thing.  It started raining like crazy with 35+ mph winds. It very well could have been a big mess at the site, especially trying to get out of there two days later.

I ended up staying at WM for two nights, due to heavy rains (first rain out days I've had on this adventure!) and to get some things done (groceries, laundry, etc.) but I couldn't find anyone who knew about Onan generators.  Eventho' it was working, I wanted to get it checked out.

At this point, too, I had decided to head south instead of further west toward Oregon.  I want to get to Arizona before the flock of snow birds.  Going down the west coast would just take tooooo long, unfortunately.  But, I can always go back.

The weather cleared and Sunday I drove down to the Ayers Natural Bridge State Park just outside of Casper, WY...only 22 acres. 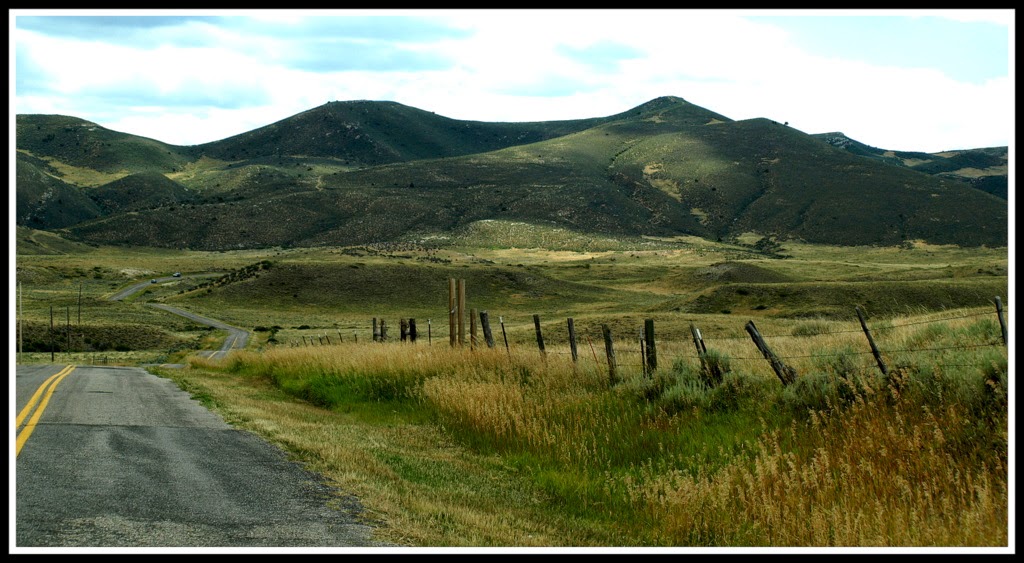 I snagged the best site - most people have left by Sunday afternoons.  And no one else showed up. 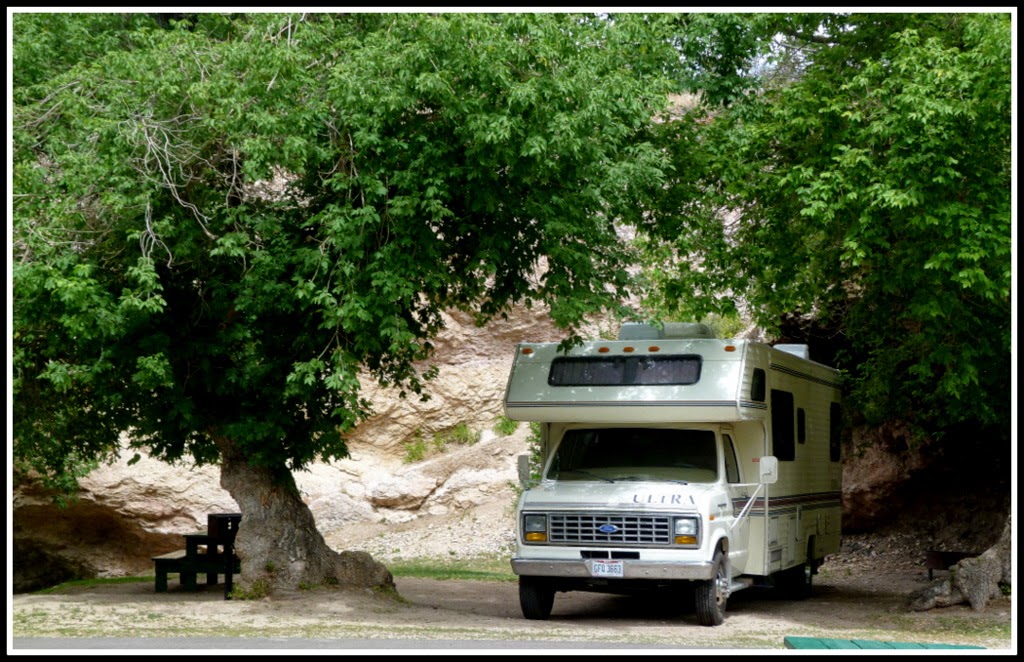 This was my view....25 feet from the RV -  the water running under the natural bridge: 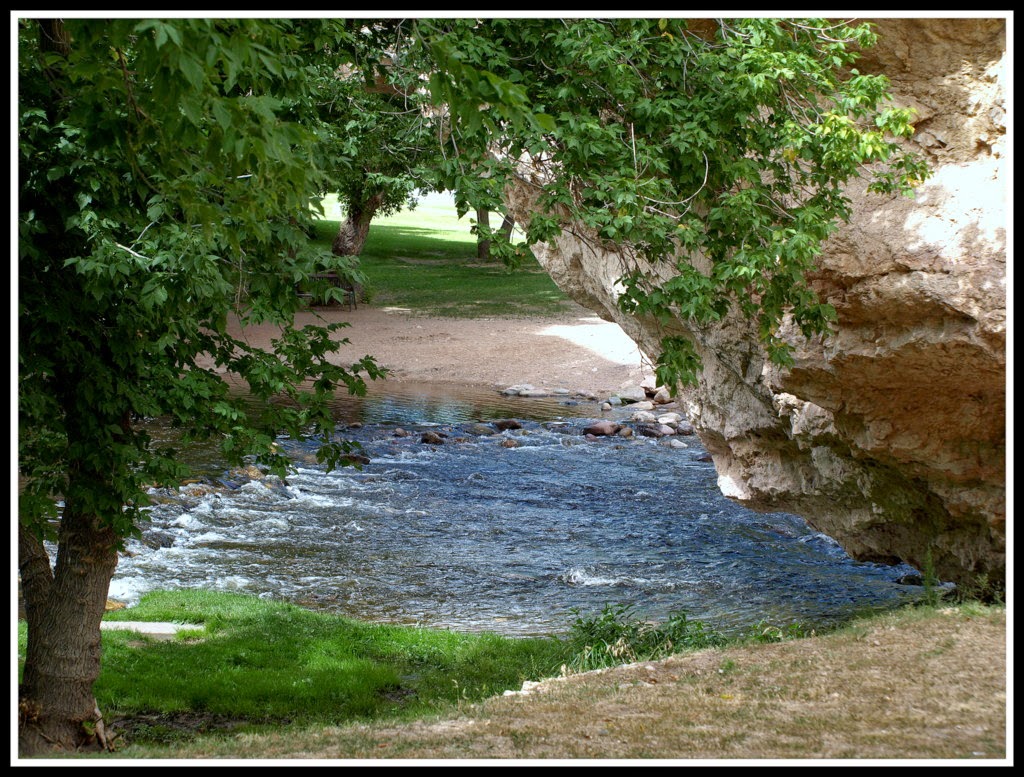 This natural bridge is the one of the very few natural bridges IN THE WORLD that has water flowing under it!  It has a history associated with the Native Americans.  They believed that the "King of Beasts" lived under this bridge.  Therefore, it became a sanctuary for people fleeing the Indians because the Indians wouldn't follow them there for fear of the evil spirit.

I get settled in and turn on the generator.....IT WON'T TURN OVER!  I decide to put that out of my mind and just enjoy this beautiful space!  I take a little walk around... 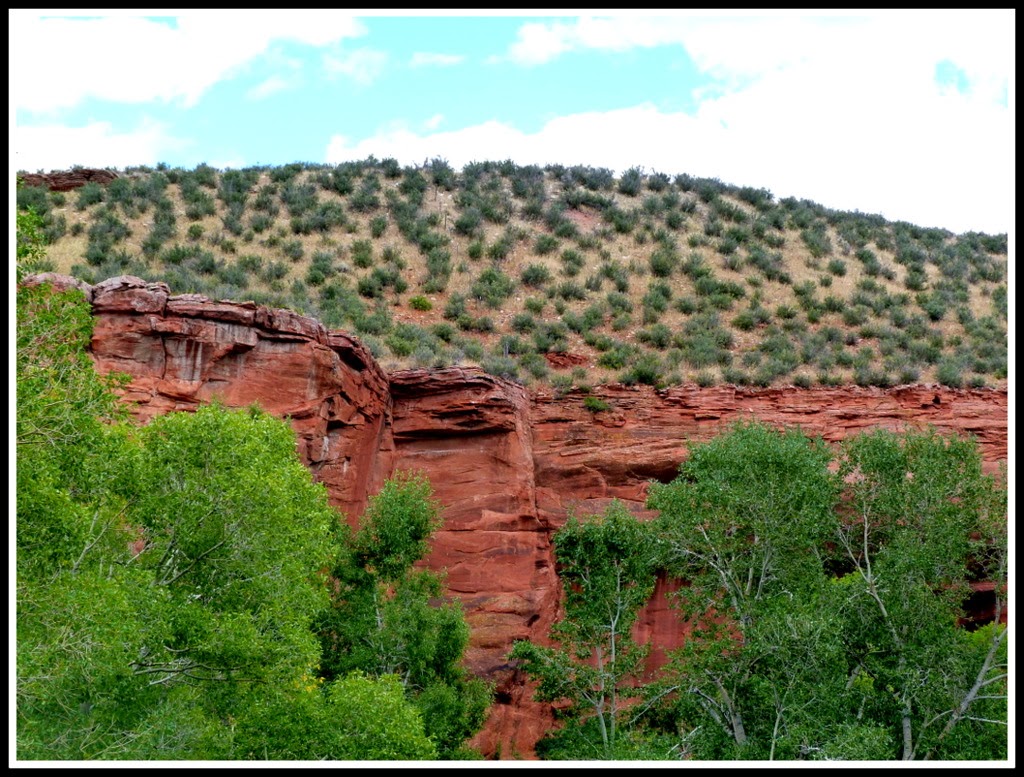 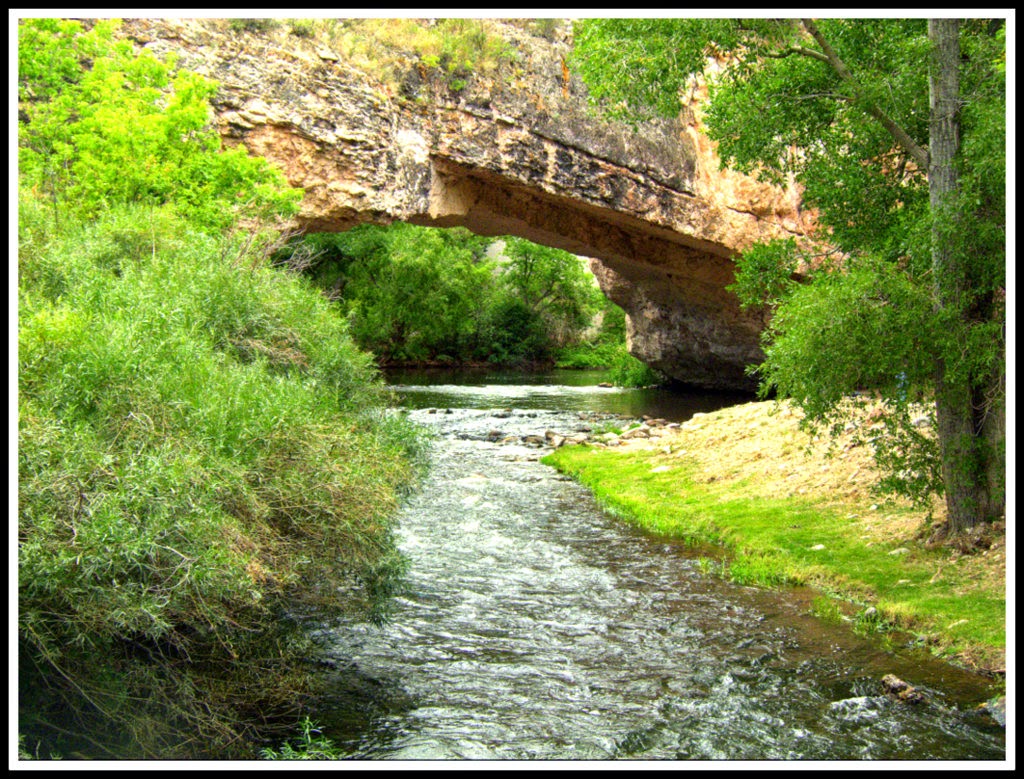 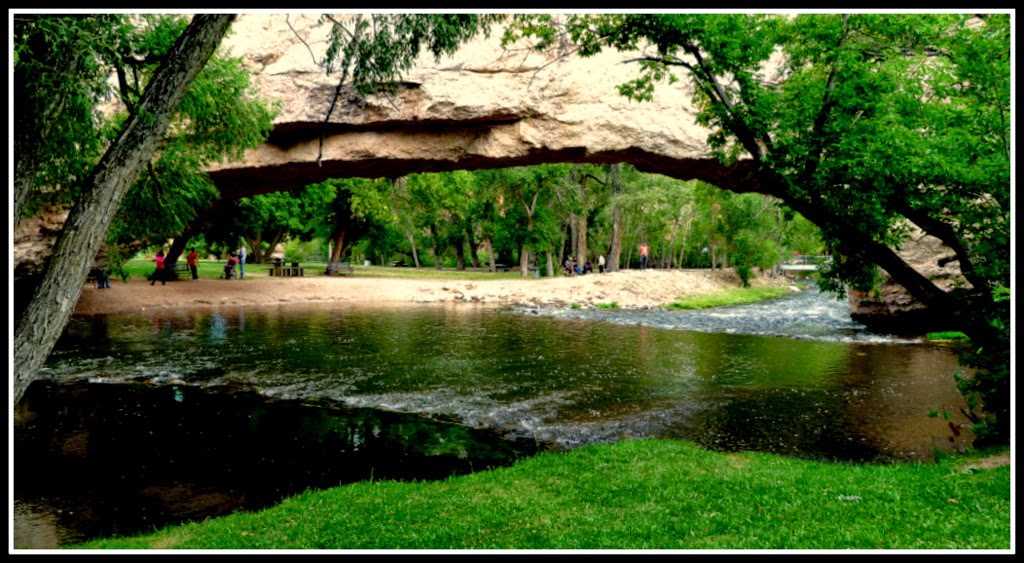 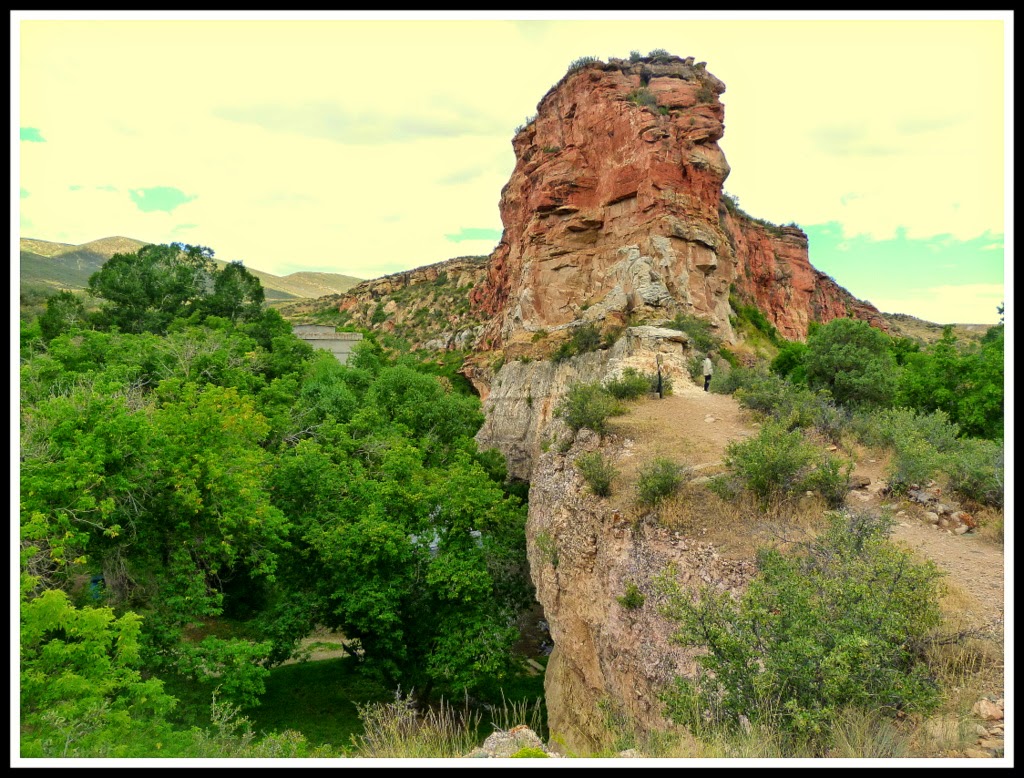 That's me....almost under the bridge at my site! 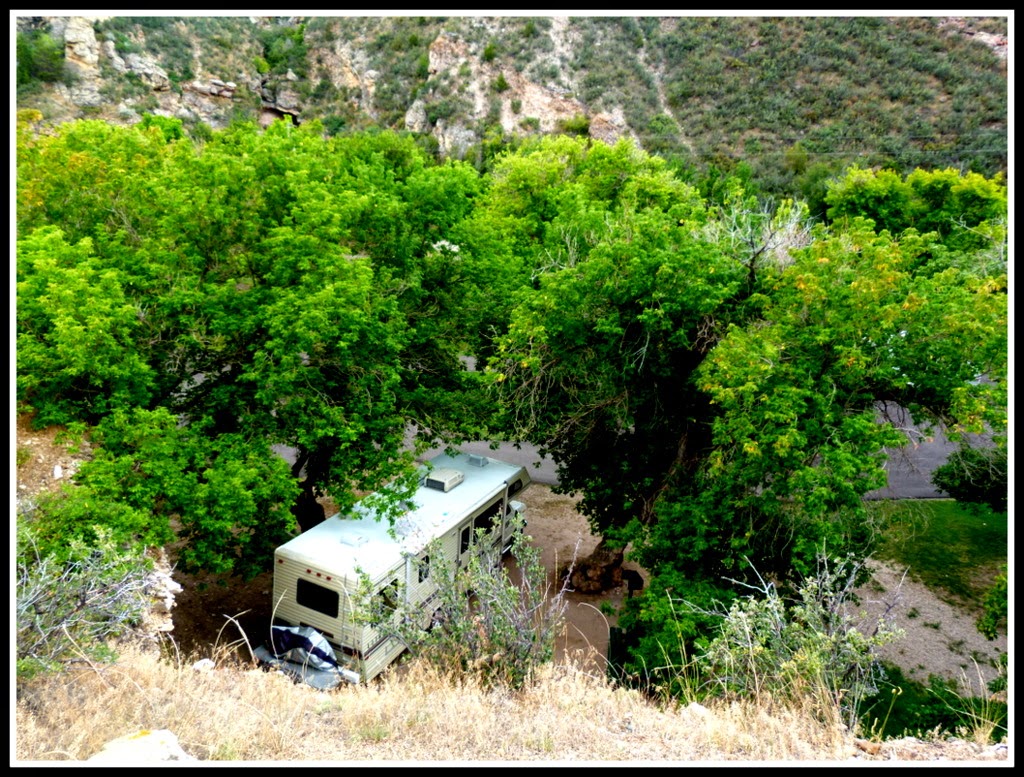 I came back down and rustled up some chicken curry and roasted sweet potatoes on the grill outside my door.... 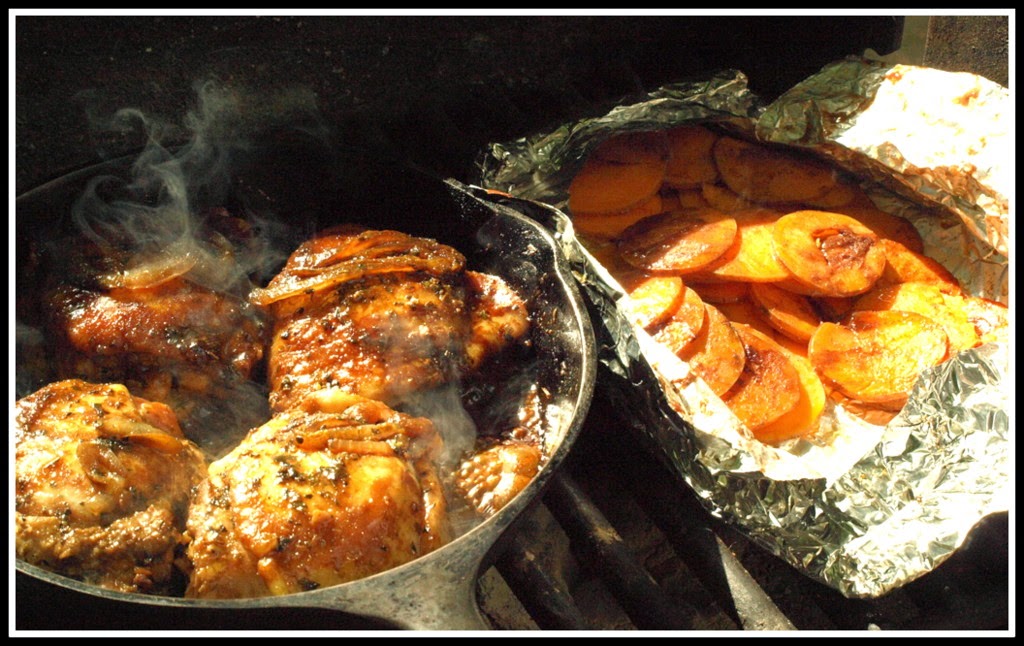 Then I settled in for the evening.... a very relaxing evening, with perfect weather....listening to the water rushing over the rocks by my window.... 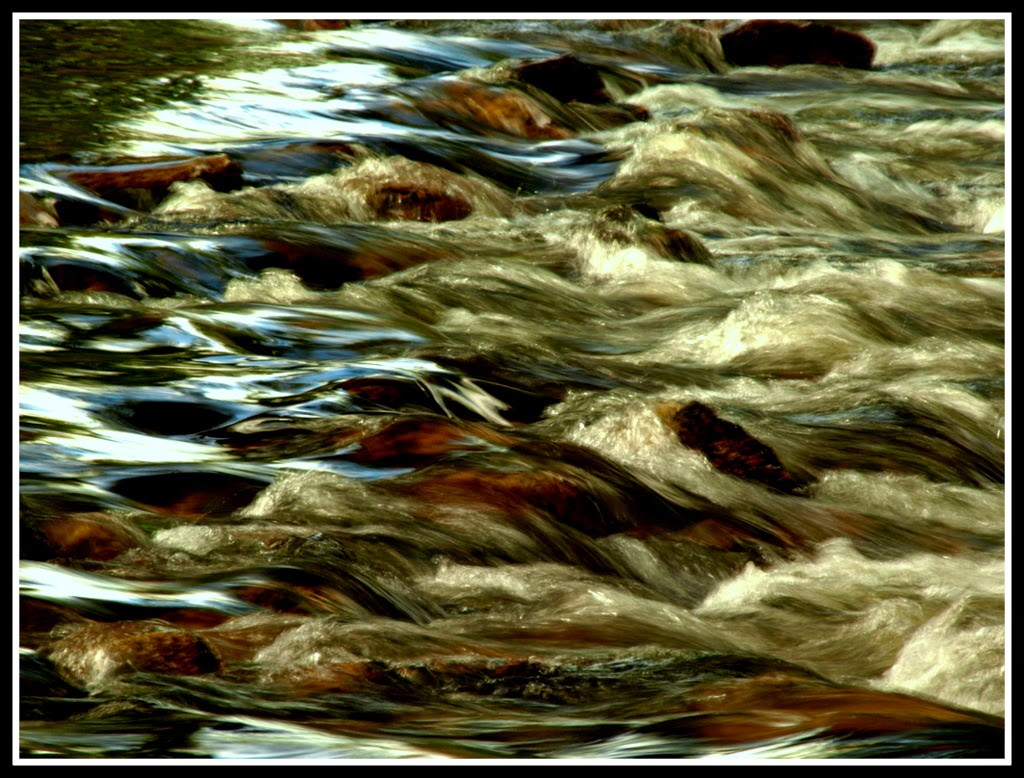 Will be heading towards a spot in Utah, hopefully for a looooong holiday weekend.  Want to get there before the 'crowds'.  May or may not have internet and cell service....  but that's part of the adventure....the unknown waiting around the corner!