I had a plan to continue pretty much steadily north from Prescott National Forest, however, the weather forecast showed nights in the 20's.....no way!  It's not like it was mandatory that we stick to the plan.  So, I did some quick research and decided to just head about an hour east...to half the elevation of the forest site.  I knew the temps would be generally warmer, but not too warm, and the nights would be reasonable.  It's been sunny, in the low 70's during the day this past week and nights in the upper 40's.  Great!!

We landed just inside the Coconino National Forest about 10 miles east of Camp Verde, AZ.  The sites along here are "pulloffs", meaning they are already set up sites (from lots of previous use) and you simply pull off the side of the road.  We traveled down Fossil Creek Road -- another "primitive road" for about a mile, but it wasn't bad at all.  But, no wanting to take any chances about the road ahead, I rested in the first pulloff we came to...it was large enough and had a fire ring...and pretty views to the west.

We got situated as level as possible and settled in.  It was later in the afternoon, so lunch was in order first.  Then we wanted to look around....this is the view right outside our door, facing NW.  Can't go wrong here! 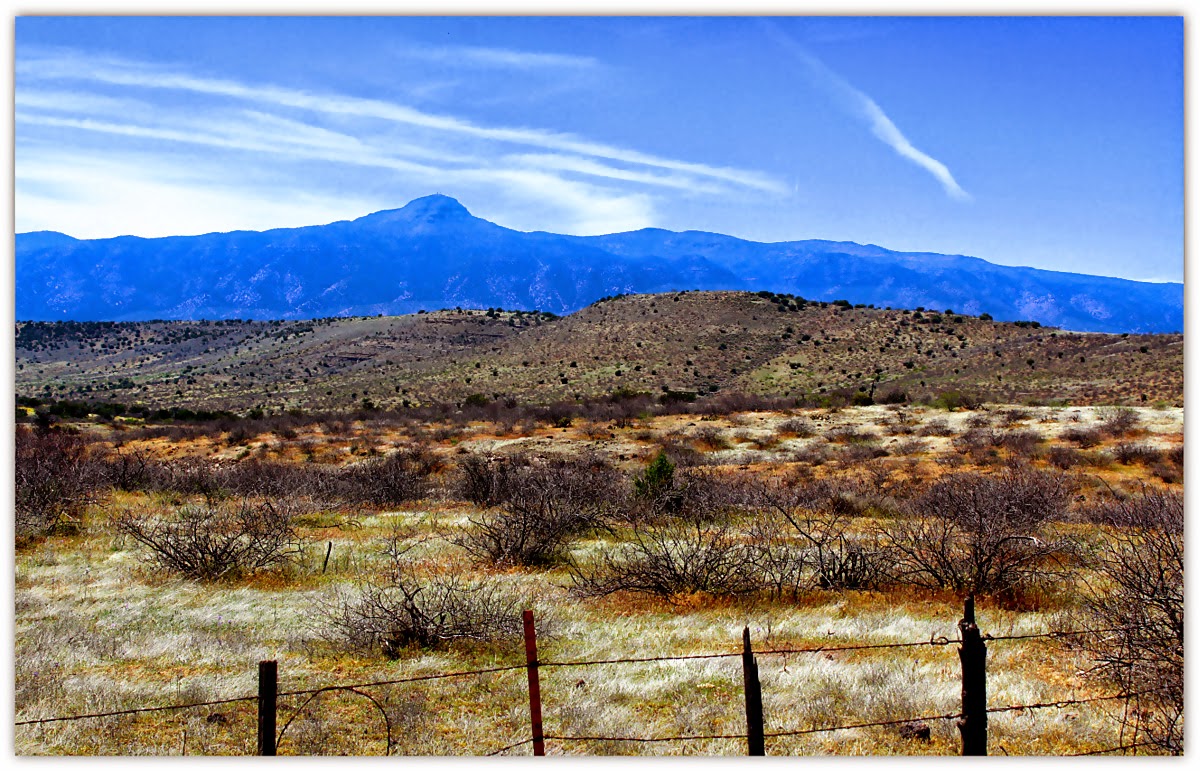 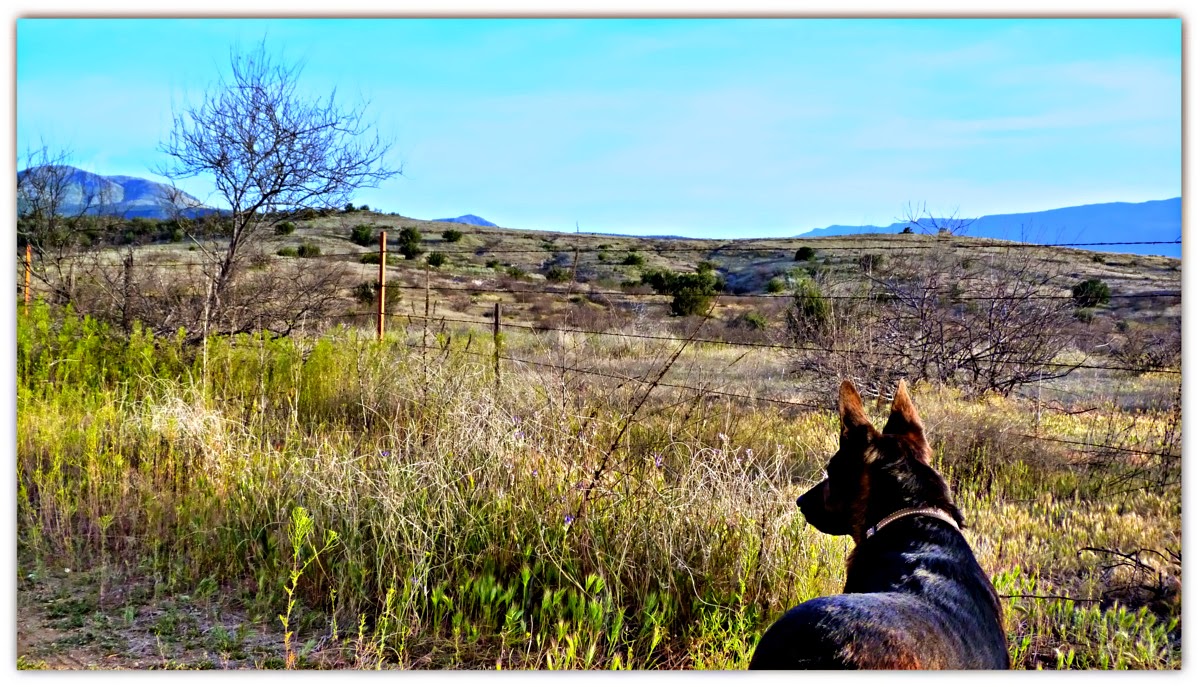 The landscape is made of up short - stick to your socks - grasses, low scrubby shrubs, lots of "just sticks" shrubs (maybe they green up later in the spring/summer?), lots of bushes with long stickers, pancake cactus shooting up here and there and a taller grass that lays flat, presumably from the wind. But, here's enough greenery to make it less than stark.  The grasses make it a bit prairie-like.  So, what's so pretty about that?  Well, it's all natural! 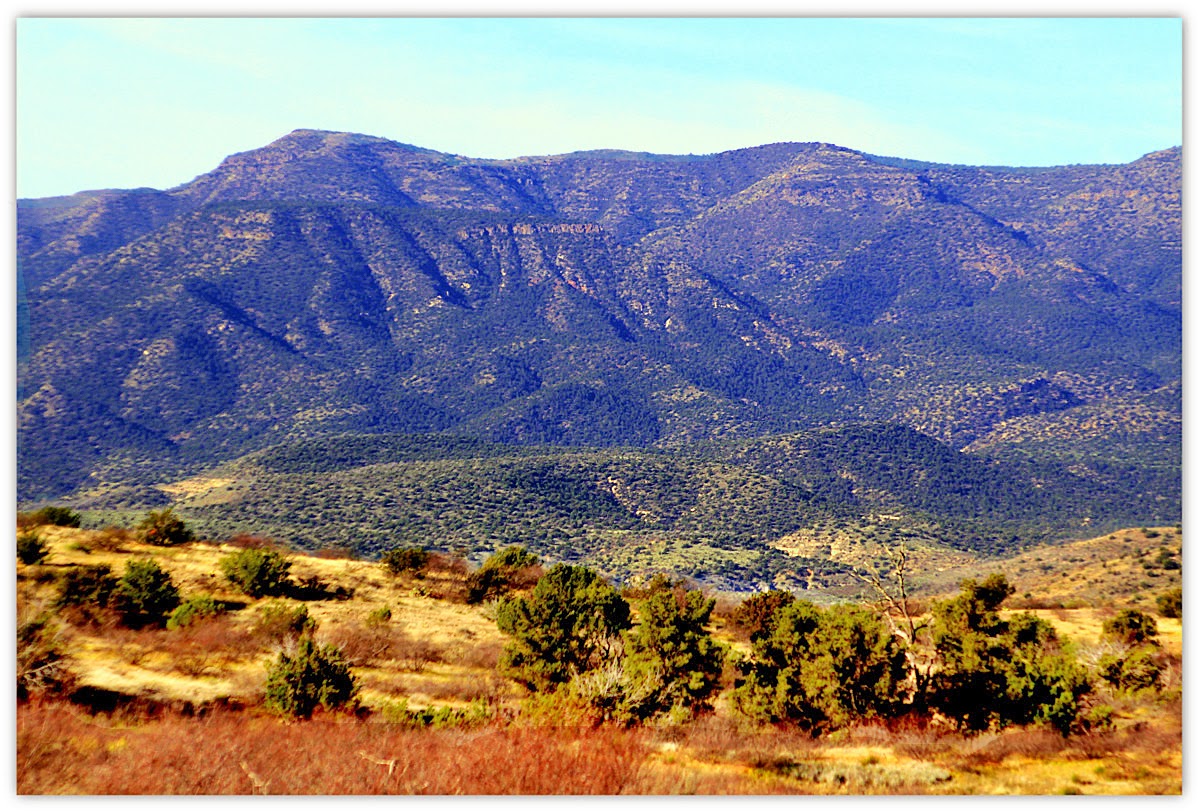 The Coconino National Forest is diverse in its terrain as you change elevation.  We're at about 3500' at this site.  It consists of about 1.850 million acres.  Hard to fathom!  Apparently, about 10 miles on up Fossil Creek Road is Fossil Creek.  I'd like to go up there, but without a car or 4WD we won't be exploring any areas outside of this initial site. Here is a link to a photo stream around the Forest:  National Forest Photo Stream.  Great camping all through the forest!  There's a 14-day stay limit here -- 14 days free!  :-)

Here's where we are parked, front facing NE.  A few cars/trucks go by here and there, but not enough to make it annoying....except to Nikko.  He has to bark furiously at every one for about 10 seconds. 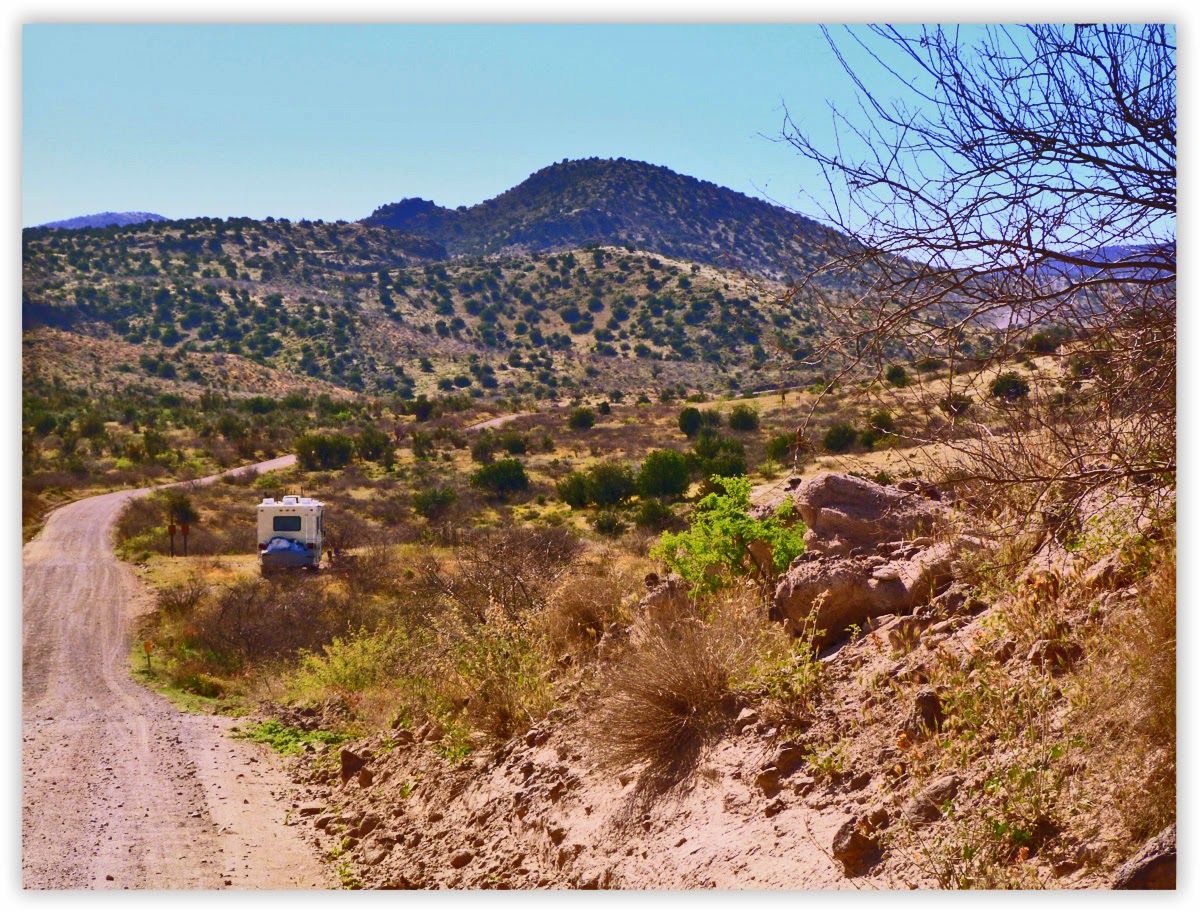 We hiked up on top of the hill across the road to get this shot.....gives great perspective about how wide open it is - at least around here.  Hiking through the grasses, etc. looks kind of easy from this photo, but you have to watch every step.  There are little hidden cactus and "sticker" bushes everywhere.  But it's worth it! Most of our walks will be along the road, tho'....there are less traveled roads/paths off of this main road. 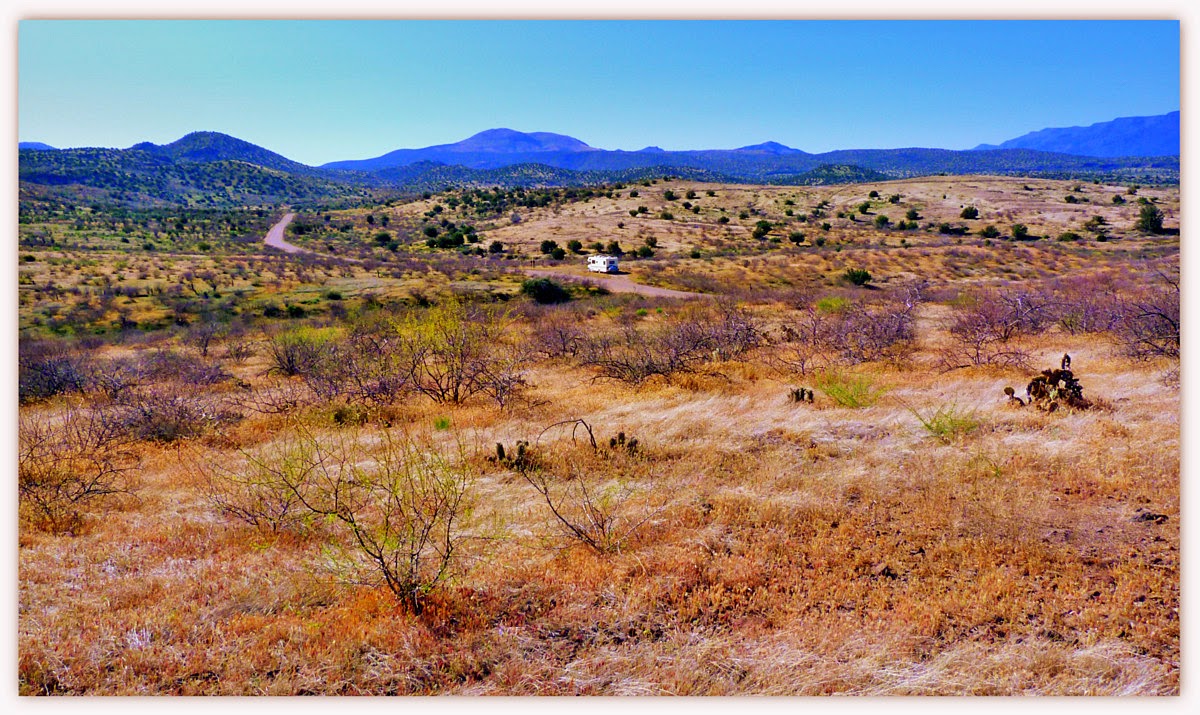 Nikko keeps looking for "wild animals" around our site! 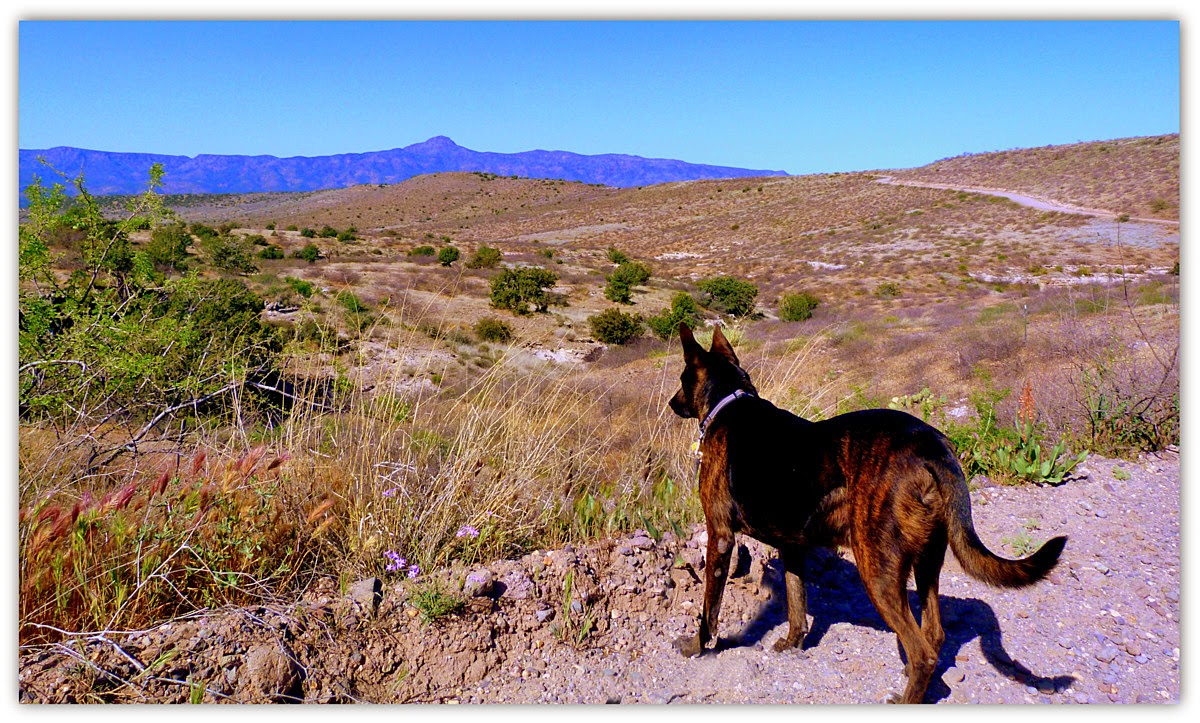 The sun was getting low, so we were anxious to see if there was going to be a nice sunset.... 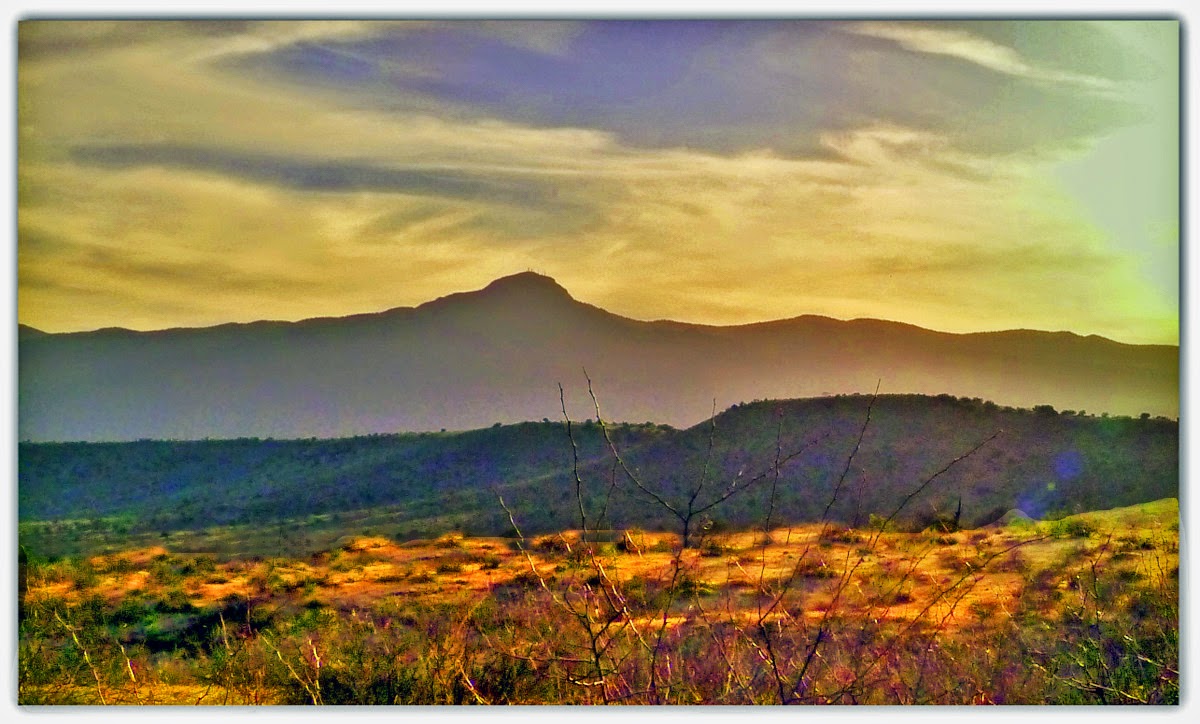 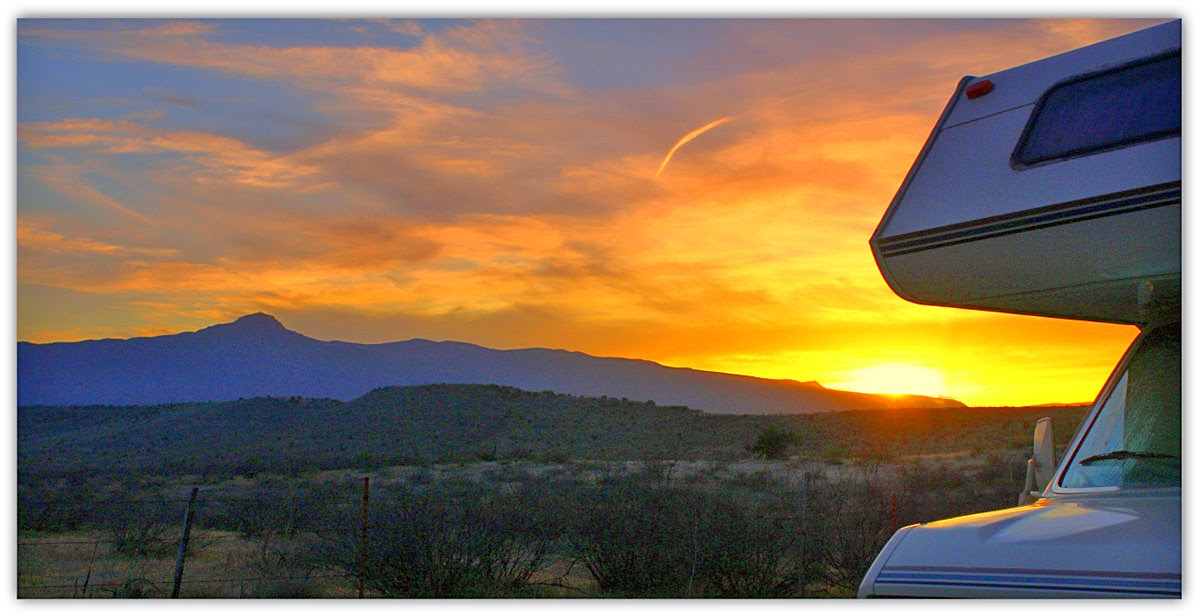 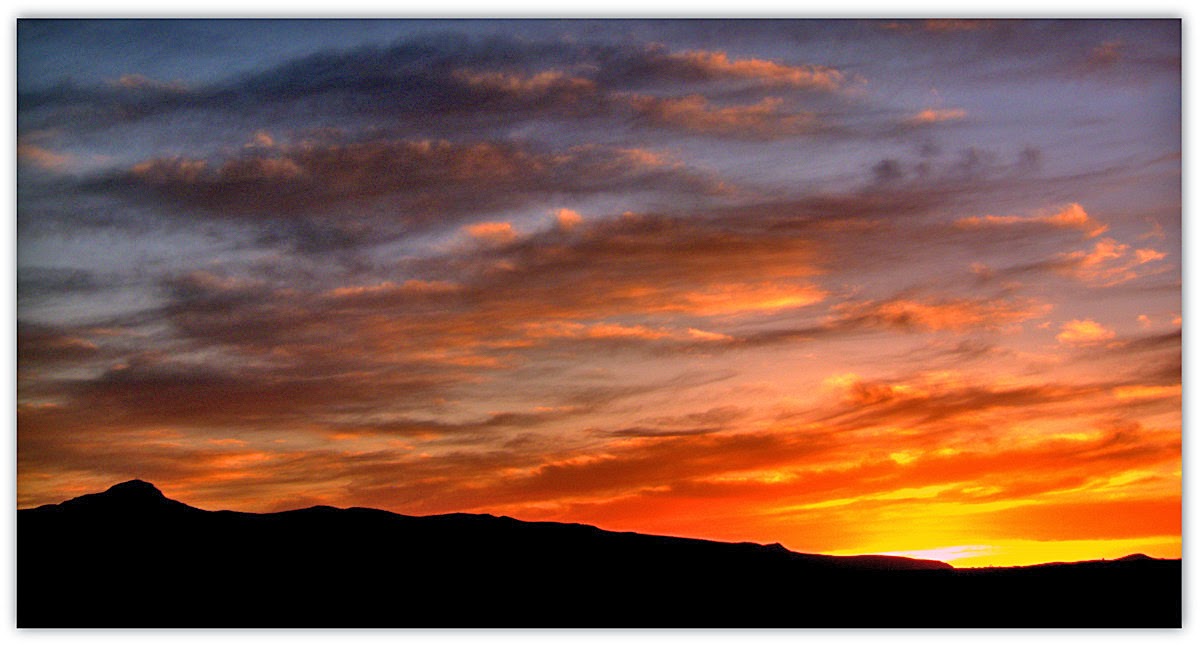 We watched the sunset until just about dark, then inside to download the photos of our initial overview of our new "yard".  Nikko hates this part!  "Are you ever going to stop doing all that photo and computer stuff???  This is soooooooo boring - you aren't paying a bit of attention to ME! -- AND it's dinner time!"  (Yes, that's a gigantic lemon!  LOL!) 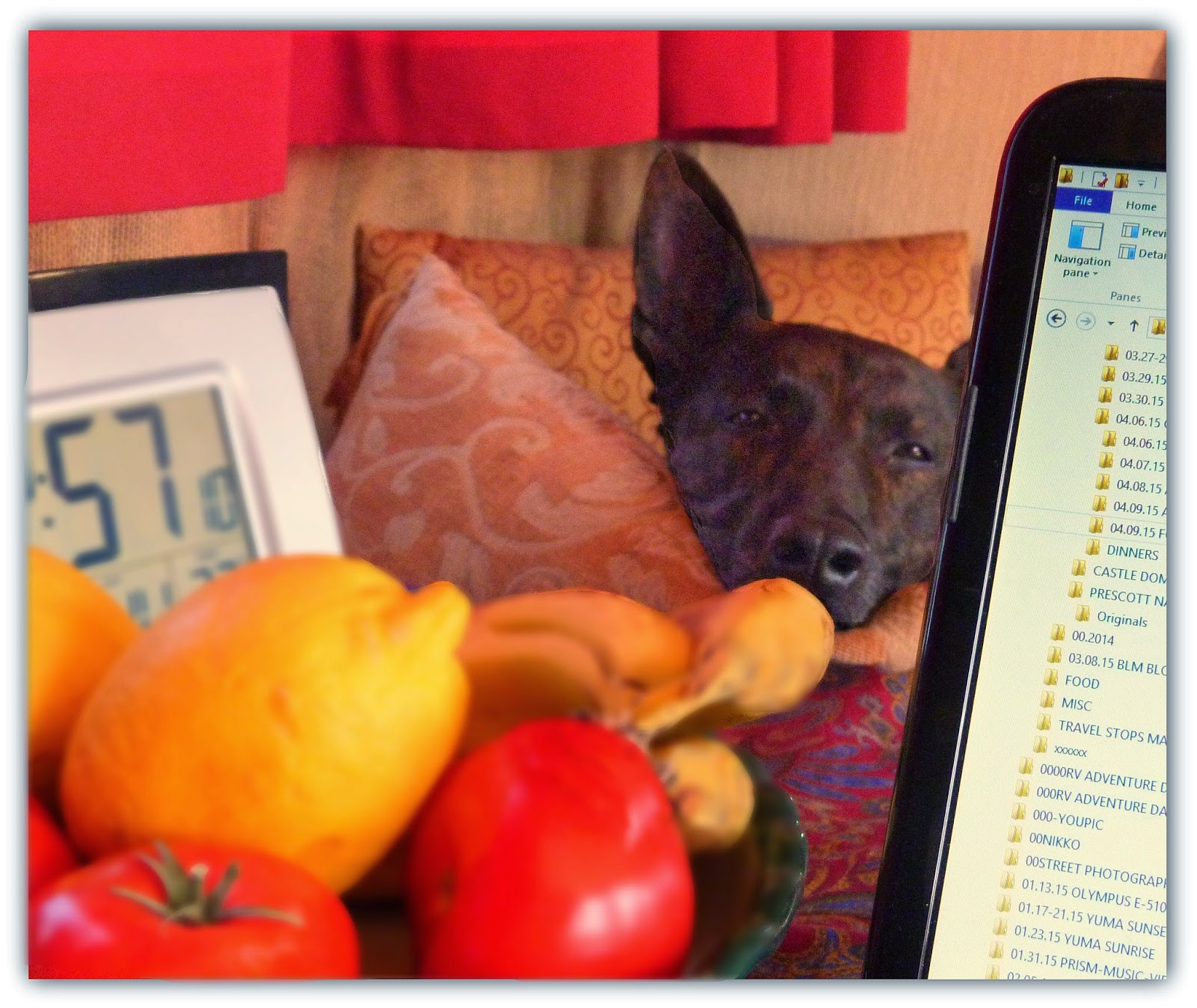 Ok, Ok.......it's dinner time.  I had been in the mood for authentic angel hair and meatballs, so I made some homemade Italian meatballs and sauce.  Really good!  And enough for a few more meals :-) 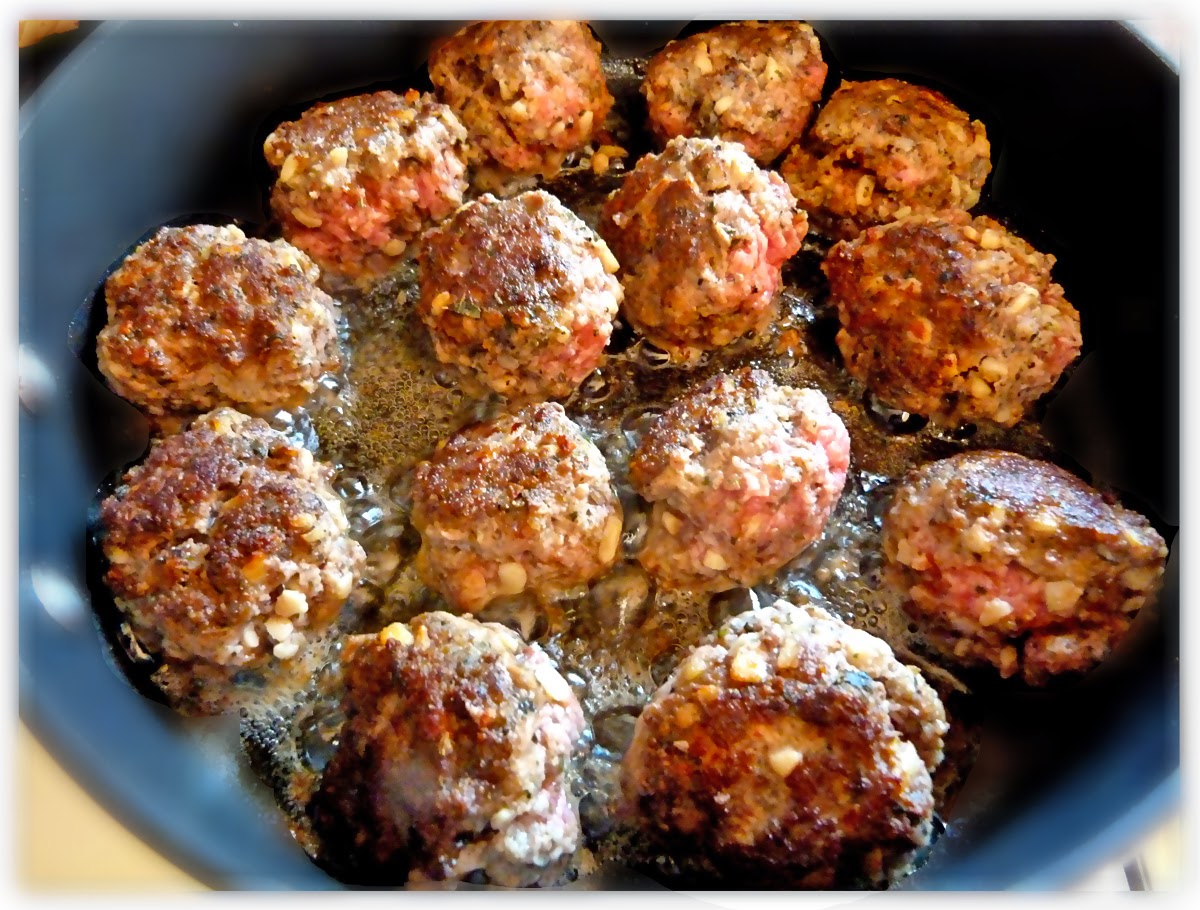 So, this is where we are!  I'm going to have to go to into Camp Verde at the beginning of the week....income tax mailing.  UGH!  First year I've ever had to pay!  NOT going over well at all! I presume we will come back out here for another week and finish up our 14-day stay.  No reason to go anywhere else right now!  I'll be posting a bit more about the natural landscape out here in the next post.

Have a great weekend! 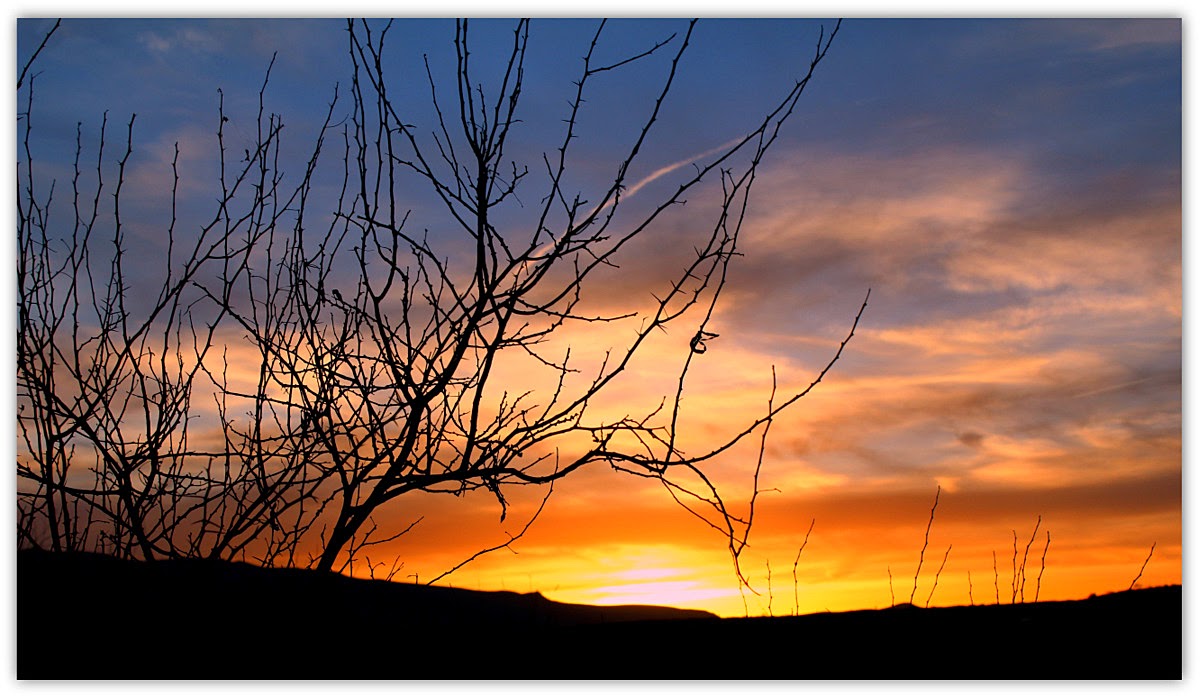