I rolled out of El Malpais, NM early yesterday morning so I could take some scenic photos around the nearby area before I left.  So, as promised.....take a look!

I drove south on Rt. 117 for about 6 miles from the campground.....it was early and overcast with a few raindrops... 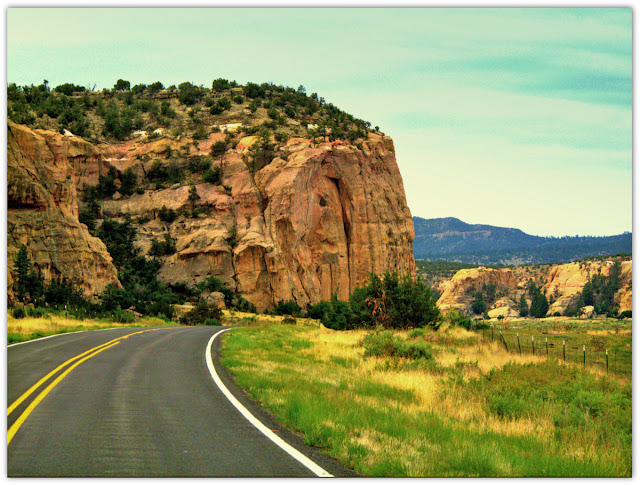 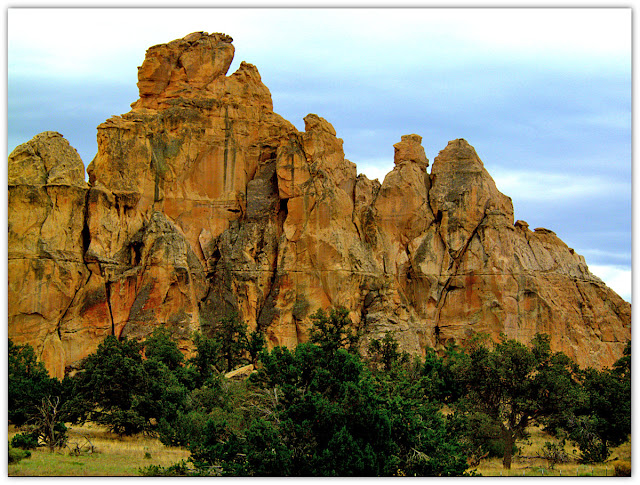 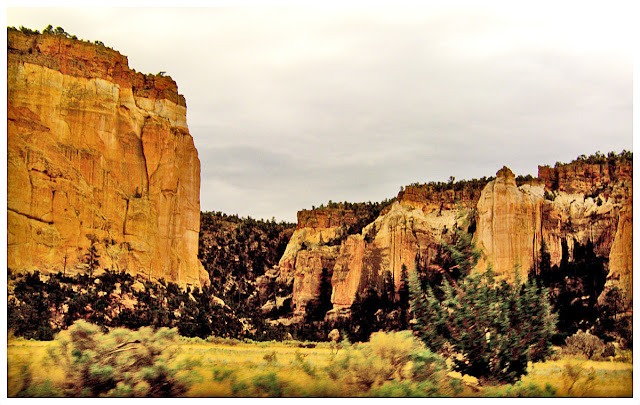 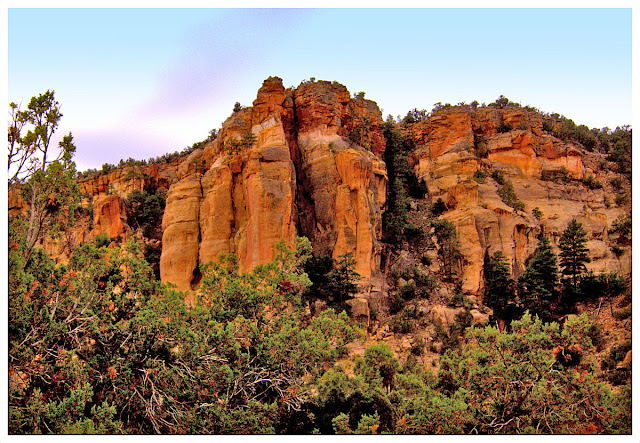 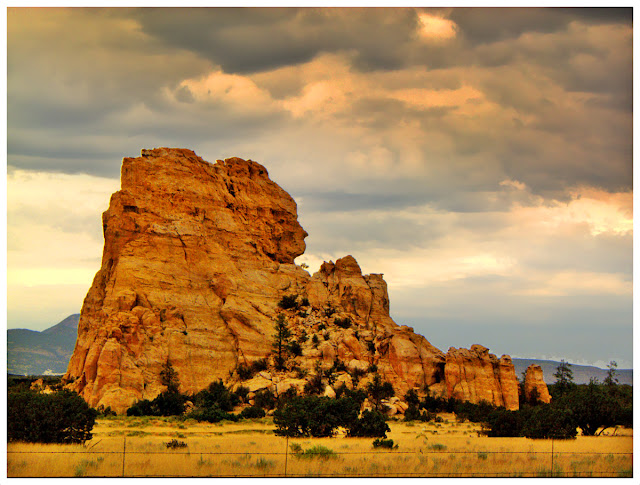 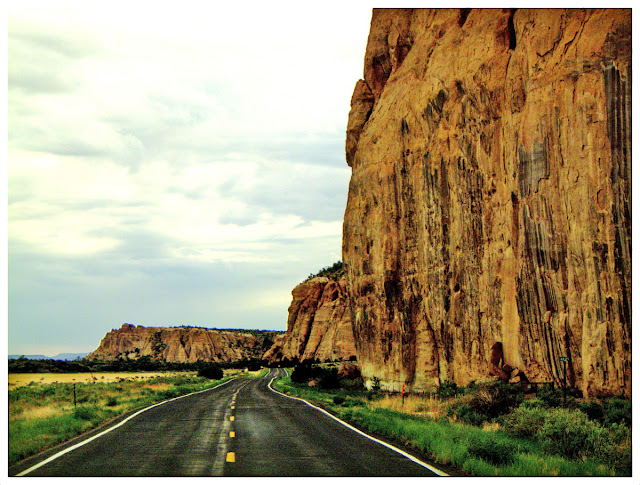 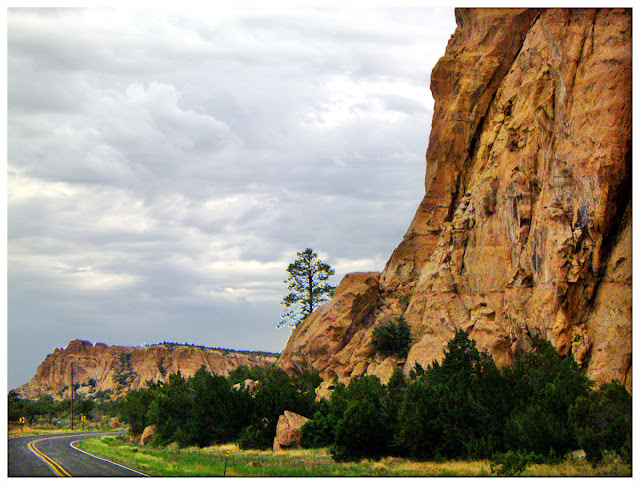 Planted in the rocks along this route is this Frank Lloyd Wright kinda house.  I mentioned "Jack", the local who was tent camping at the campground in my last post.  When he was a kid, Rt 117 was all dirt.  He remembers camping and hunting all over the area.  His great uncle built this house.  He said it has a big exposed wall of the actual hillside inside.  Pretty cool!  Unfortunately, it left his family due to a squabble and was not passed down, but he said some great folks own it now and really appreciate it's uniqueness....who couldn't??

(I actually took the first two photos on the day Jack drove me down Rt. 117) 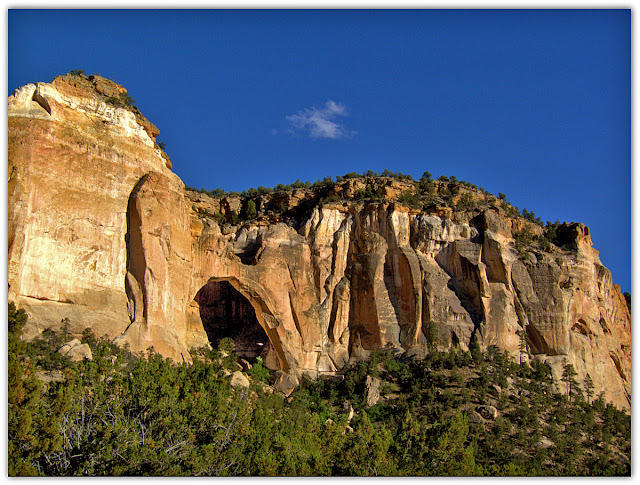 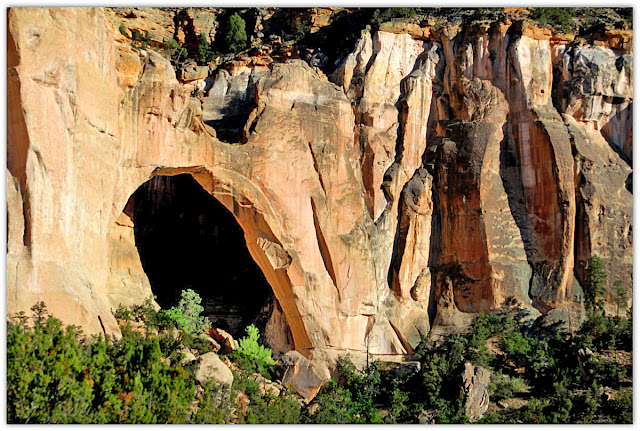 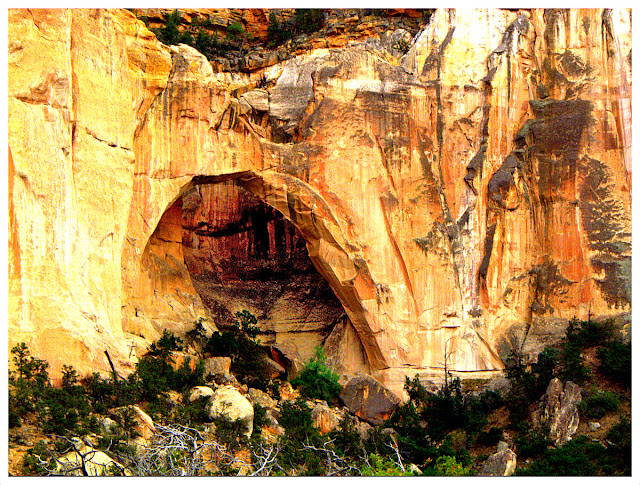 I turned around at the arch and on my way back and stopped at the Sandstone Bluffs overlook...very near the entrance to the campground. 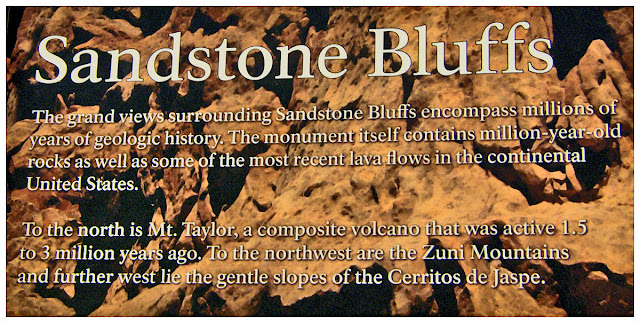 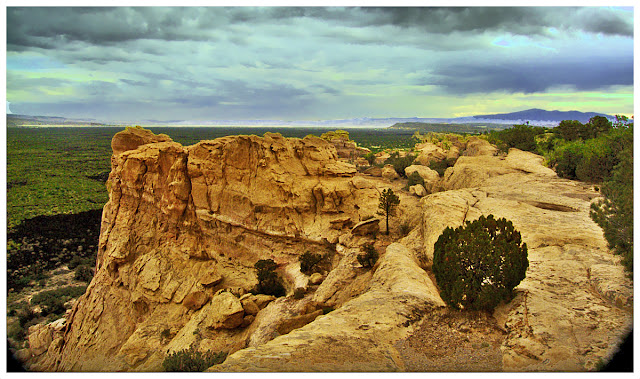 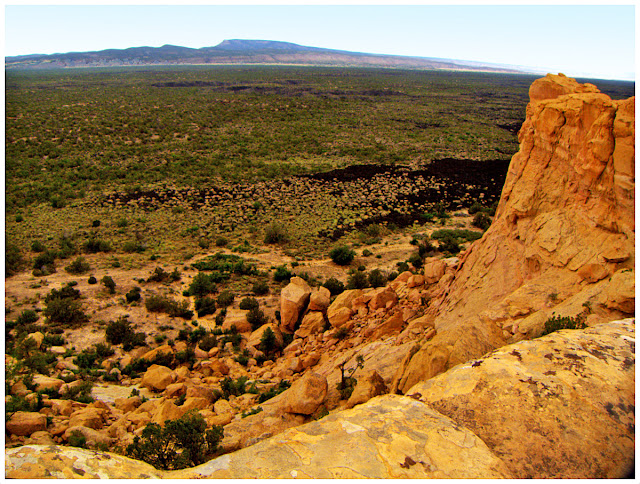 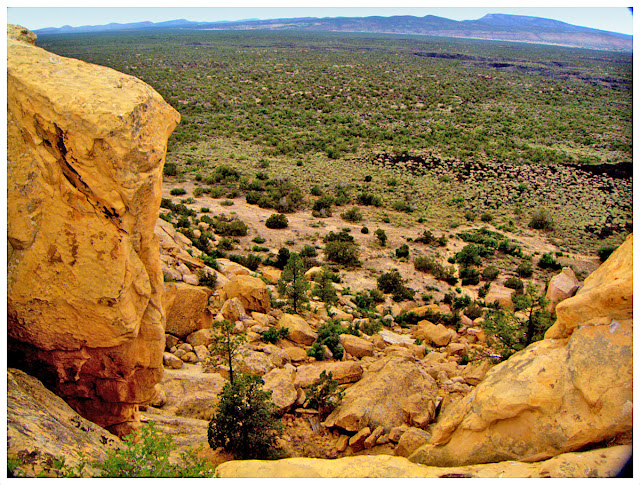 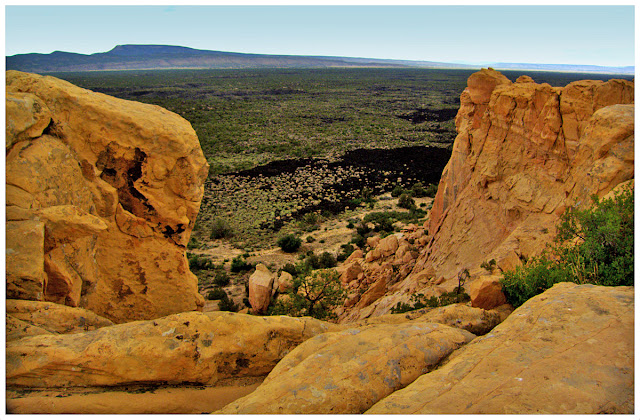 Driving out of the Sandstone Bluffs... 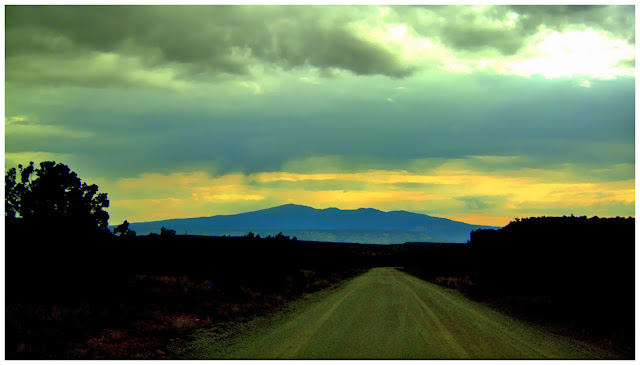 So, there's the overview of the general El Malpais area where I stayed for a week at the Joe Skeens Campground.  There are other areas to explore in El Malpais....caves and expanses of the lava flows. Don't bypass this area if you are traveling along I-40 through New Mexico!  Rich with millions of years of history!


My last night there (Monday night) gave way, after an if-y weather day, to a beautiful sunset... 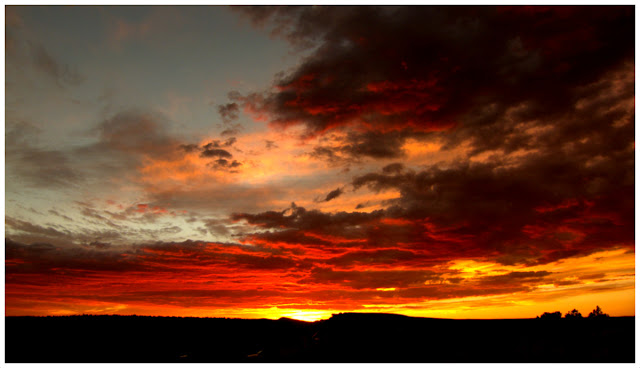 I headed back into Grants, NM to an RV park dump station, WalMart, and the post office.  I stopped at McDonald's for an Egg McMuffin because I left too early and all my stuff was packed up to fix any breakfast.  There's a rough parking area next to McDonald's - good for larger vehicles to park.  I had parked there a week ago to use the wifi before going to El Malpais and talked to a guy, Mike, selling hay off his truck trailer....$12/bale....best deal in town. 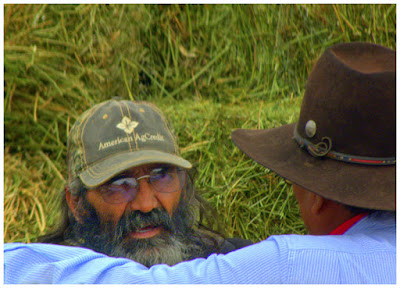 He's a Grants local, too, and brings the hay bales down from Colorado. He remembered me when I pulled in yesterday and we were talking about the roads up near Durango, Colorado.  He pointed out the ones that were manageable in my RV (steep, mountainous roads and my RV do NOT get along well).   He has the same problems with hot brakes as I do.  He had a lot of helpful info.  Always ask the locals!  (I had originally had planned to head into Colorado up Rt 25 east of Albuquerque, but after a lot of research, decided it might be too mountainous to go east to west in southern Colorado.)


I was finally on my way, heading north, to my next stop up by Farmington, NM....near the Colorado border.  That's where I'm writing from now.  It is awesome!!  (If I hadn't changed my route, I would have missed this place!  Things happen for a reason!)  Some showers are predicted off and on for the next few days, so I won't have photos posted, probably for about a week.  Stand by -- it will be worth it!   I'll be staying here 14 days...it's free BLM land!  :-)

Have a good week, everyone!

Thank you for shopping via my Amazon link!
Shop Amazon for Father's Day!