I sleep in a little bit this morning....and it does look a little bit like rain, but we'll see....    I take my breakfast down to the lake and the sun seems as if it's trying to come out.... fingers crossed!  Still no one here until.......... a park employee comes by to check on trash, etc.  We talk for a few minutes and I mention my unlevel spot.  He says there's a space on down the lane that might be better.  He also tells me he just saw a huge great horned owl and also talks about his bear sightings.  Now that's the kind of wildlife I'd like to see! He mentions another campground a few miles down the road, too, that I might like.  Island Campground.... also part of the Monongahela National Forest.

I go back to the RV to make a plan and this is greeting me -- wildlife! 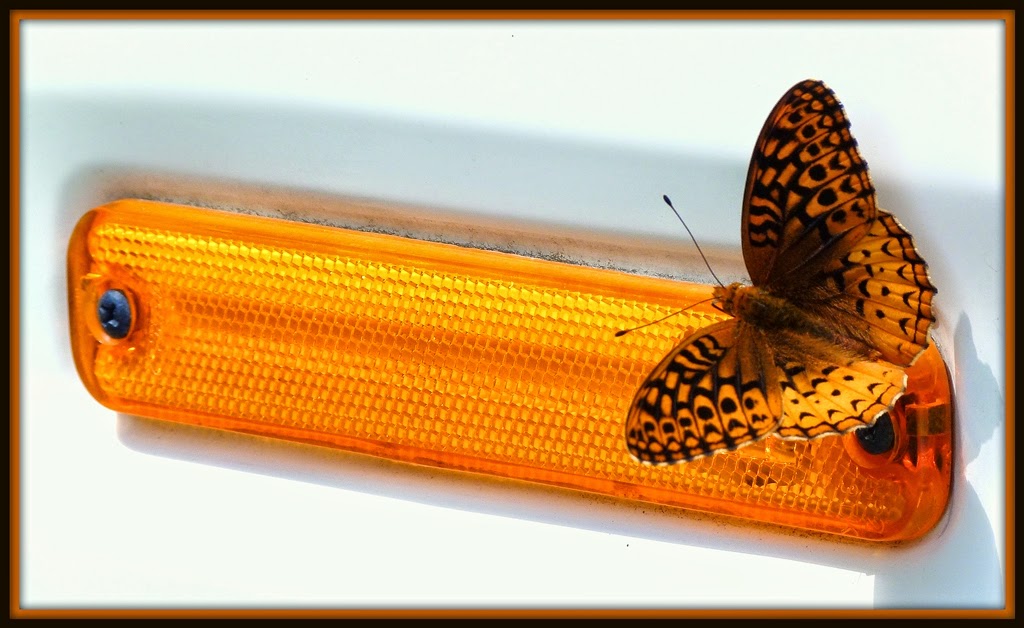 I already knew I wanted to take a hike around the lake, so that would take me past the site John mentioned. Off I go.  Found the site ....  nice and "tree'd" but too small and not level.  I continue my walk around the lake to see things from a different perspective.  Fields of ferns on the other side all growing among the dense tree population.  Really pretty! 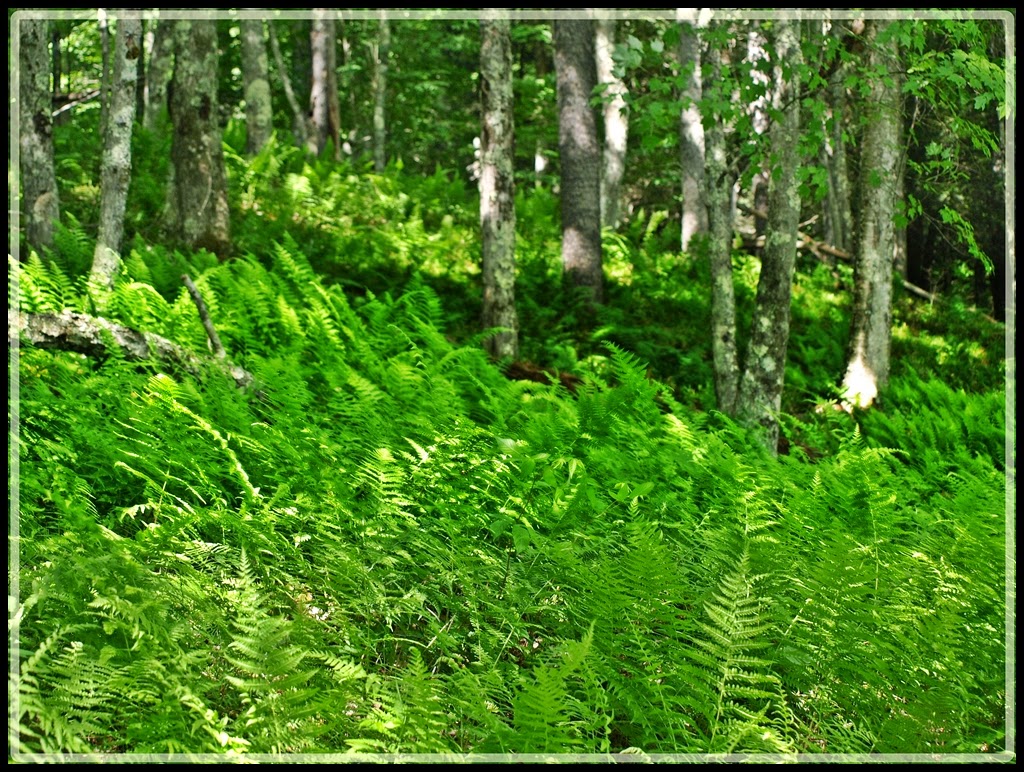 Lots of little pine seedlings, too. 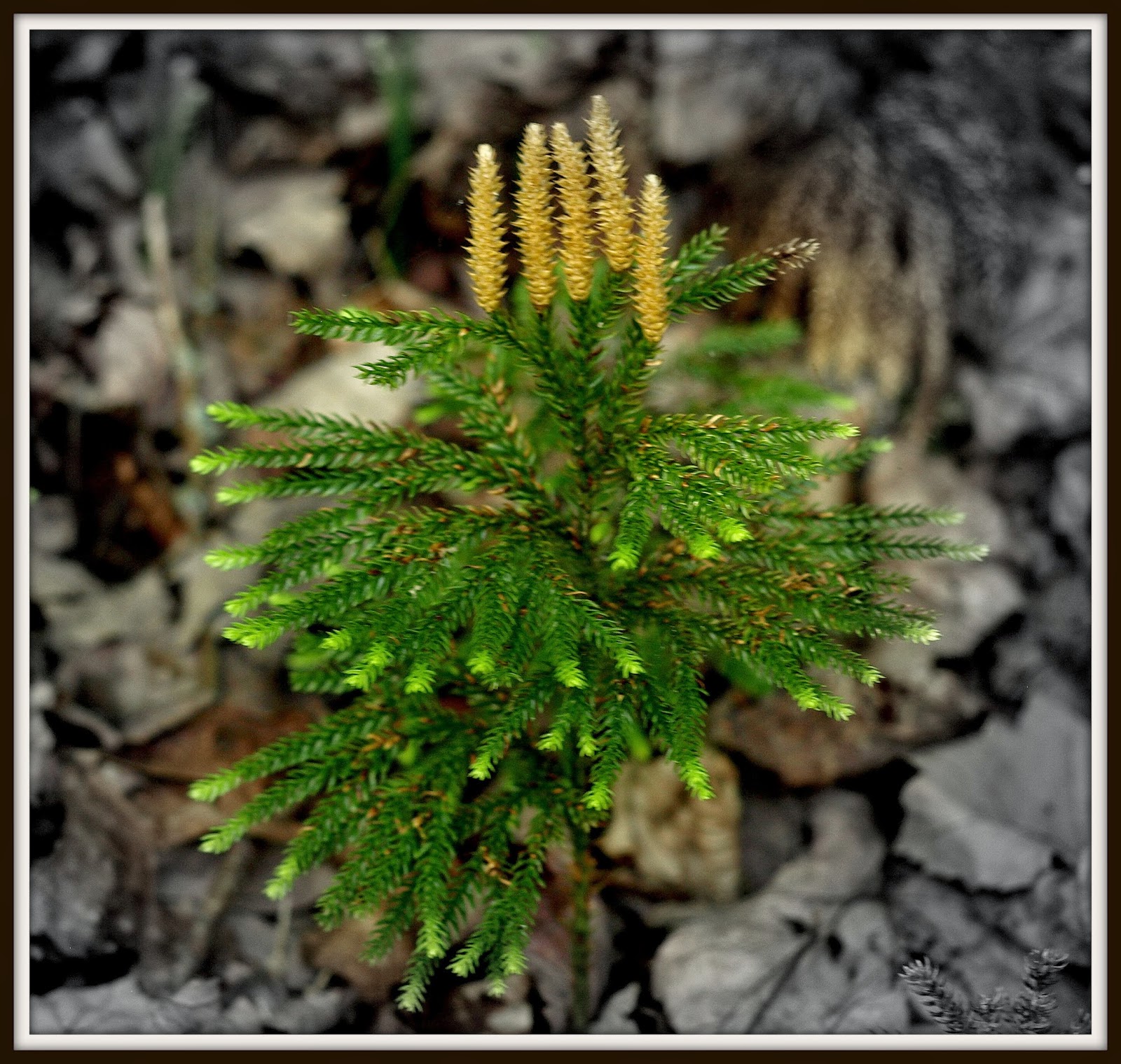 As I was nearing the end of the lake circle, some canoes were going into the water.  Later found out they were from a children's camp not too far away.  The colors were vivid against the lake water and they were having fun!  Great day to be on the water! 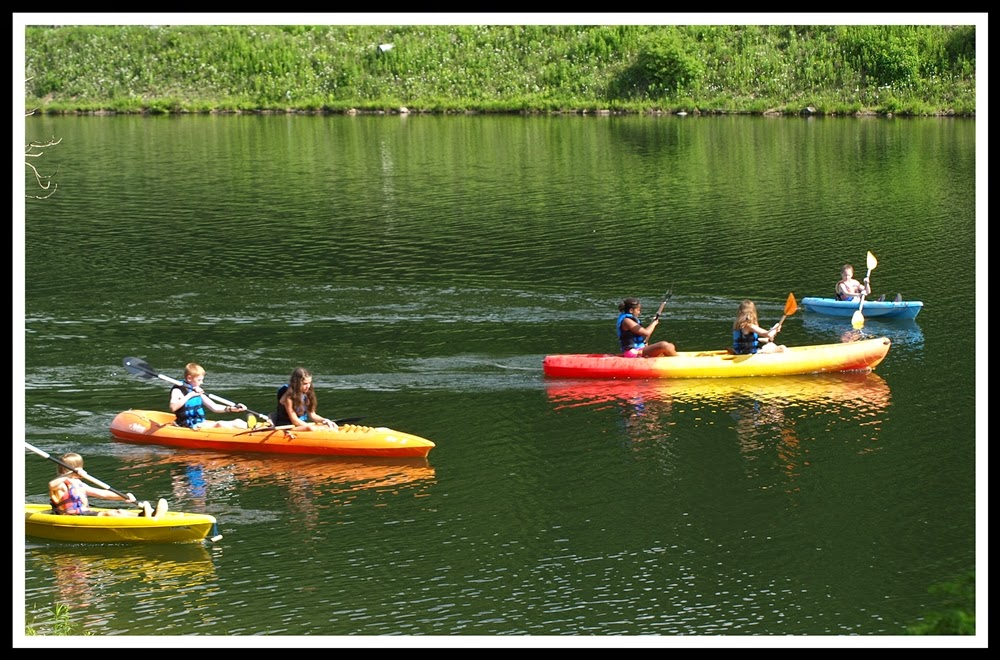 After finding that second site not really adequate, I decide to pack up and head over to Island Campground since it was so close.  I said 'goodbye' to beautiful Buffalo Lake and headed out.  And, just like John had said, it was just a few miles down "28"..... 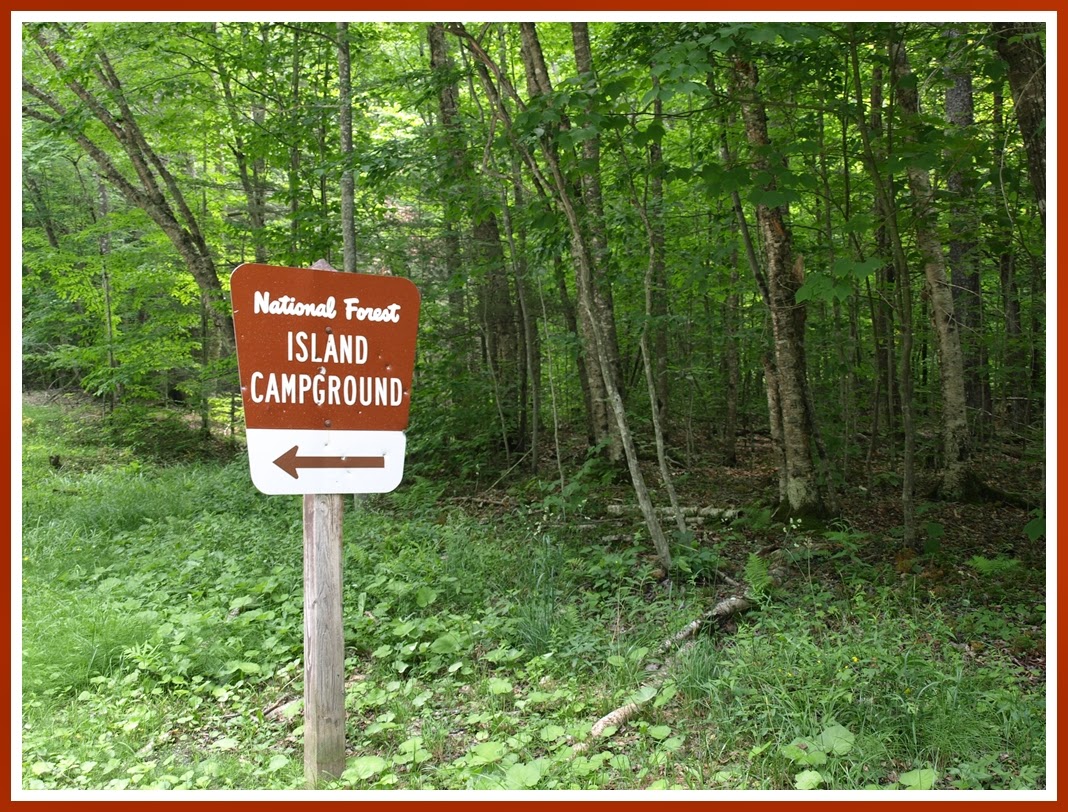 So, I pull in and immediately there are parking sites...all empty....but I remembered he said "go down to the loop" ---and something about there's a little stream back there.  I pass about 10 sites that were situated right on the lane and then, "the loop".  I look to the left and sitting WAY back in the trees is a HUGE site!  I mean, three rigs could fit back there!  I pull into site #12 and it looks great!  And level! (The whole "level-thing" has to do with refrigeration.  At Buffalo Lake I was losing the "chill factor"!  Luckily I had thought ahead and put some things in the cooler.) Anyway, I park....and am thanking John the whole time! 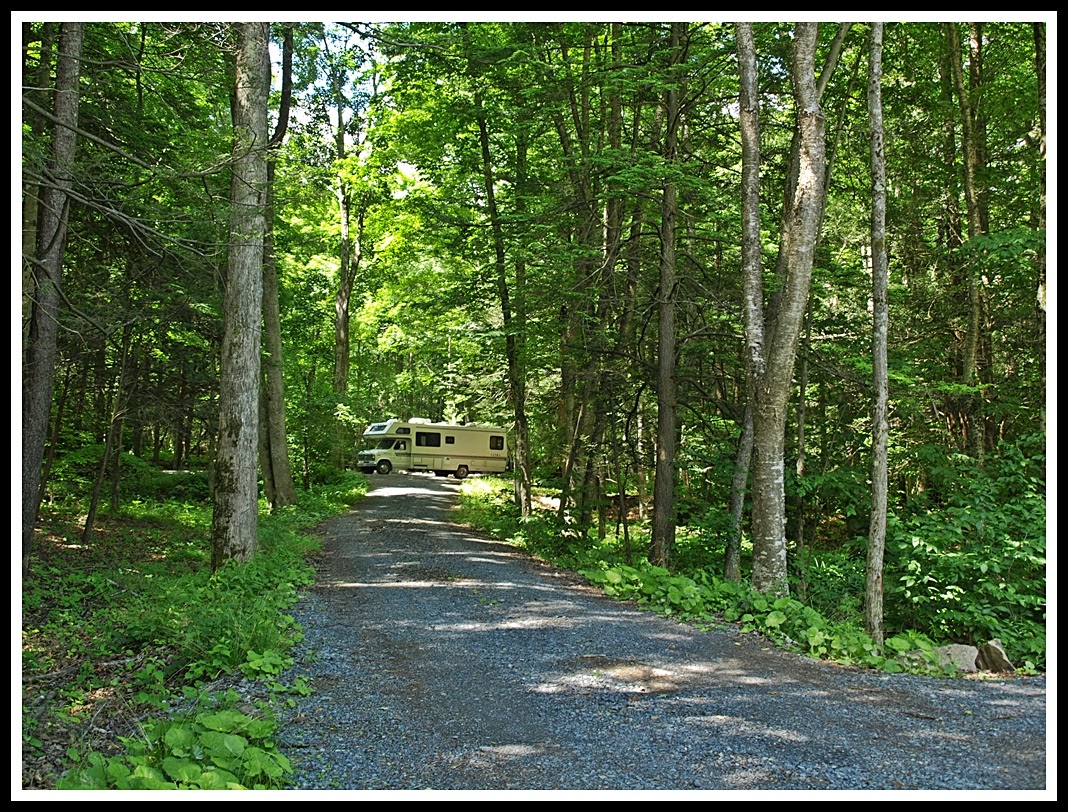 I jump out and I'm right on the creek!  This is great!  Again, all to myself AND it's not raining! AND IT'S FREE! 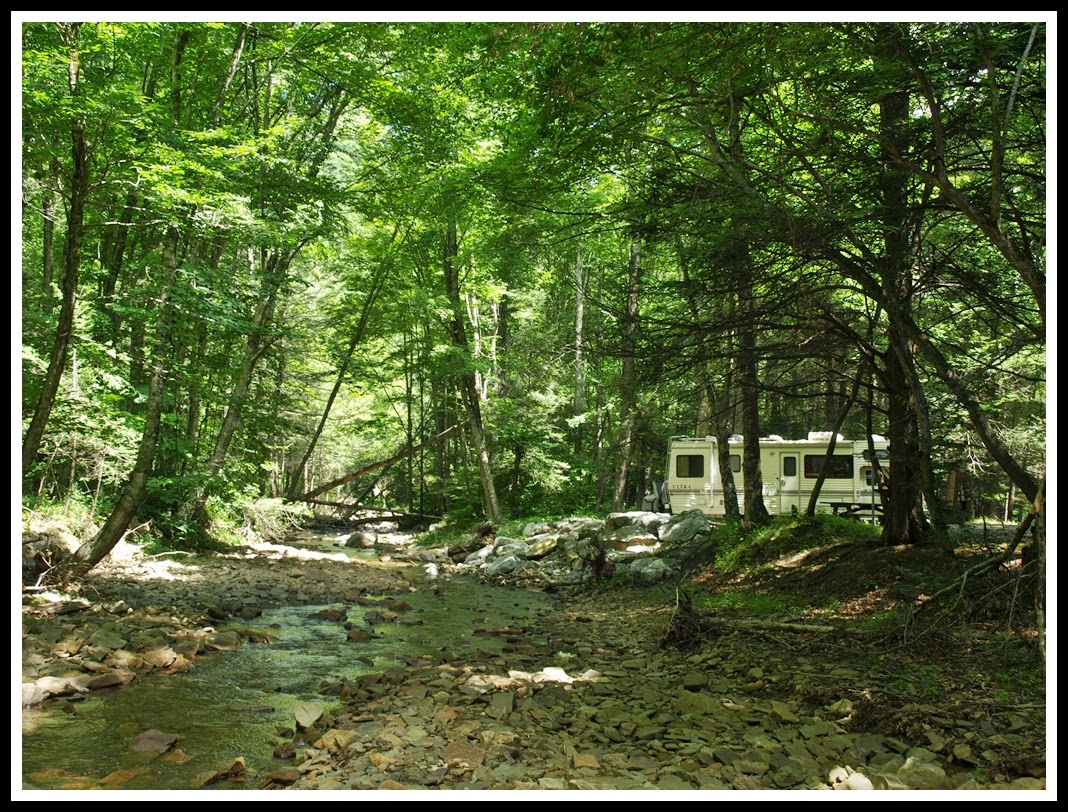 I get situated, make a sandwich, and race out to hike down the creek.  Reminds me of where we used to hike...called *Creekland* near Hueston Woods State Park.  I walk a long way down the creek just soaking in "nature" at it's best.  No fossils or horn coral like is so abundant at Creekland, but beautiful just the same! 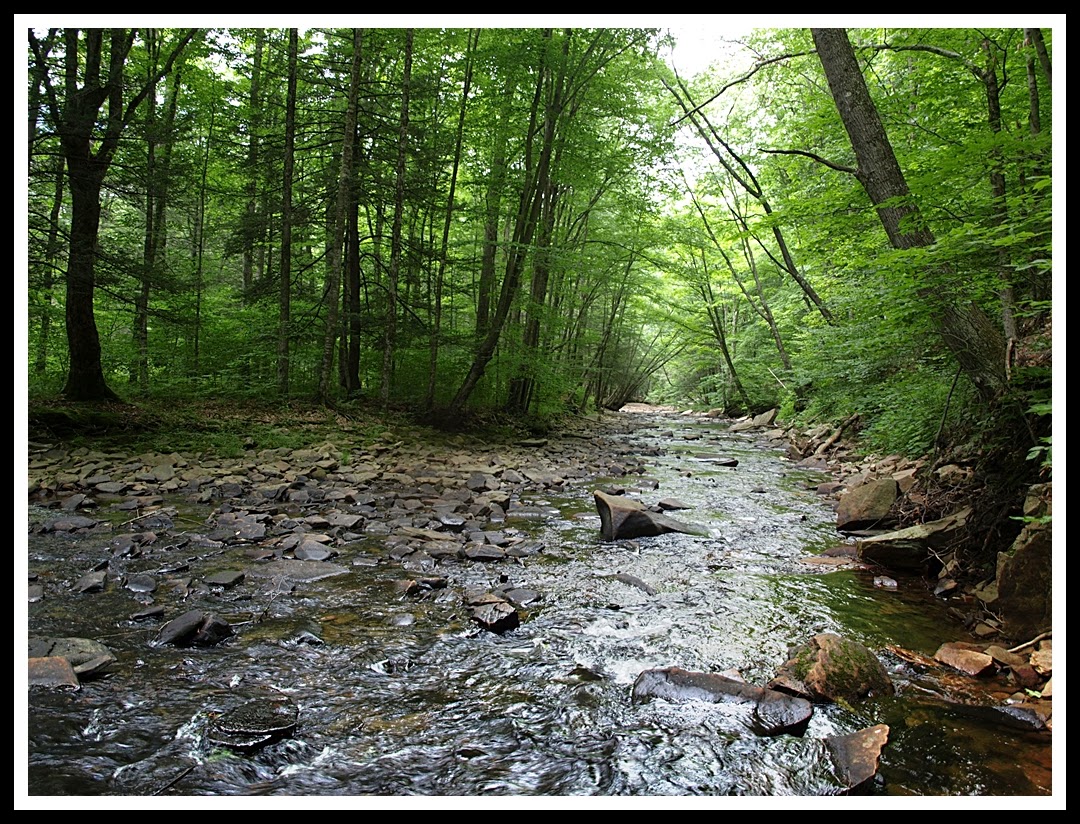 I stopped for awhile and ate my sandwich...basking in the sun on a big rock...perfect lunchtime bench! 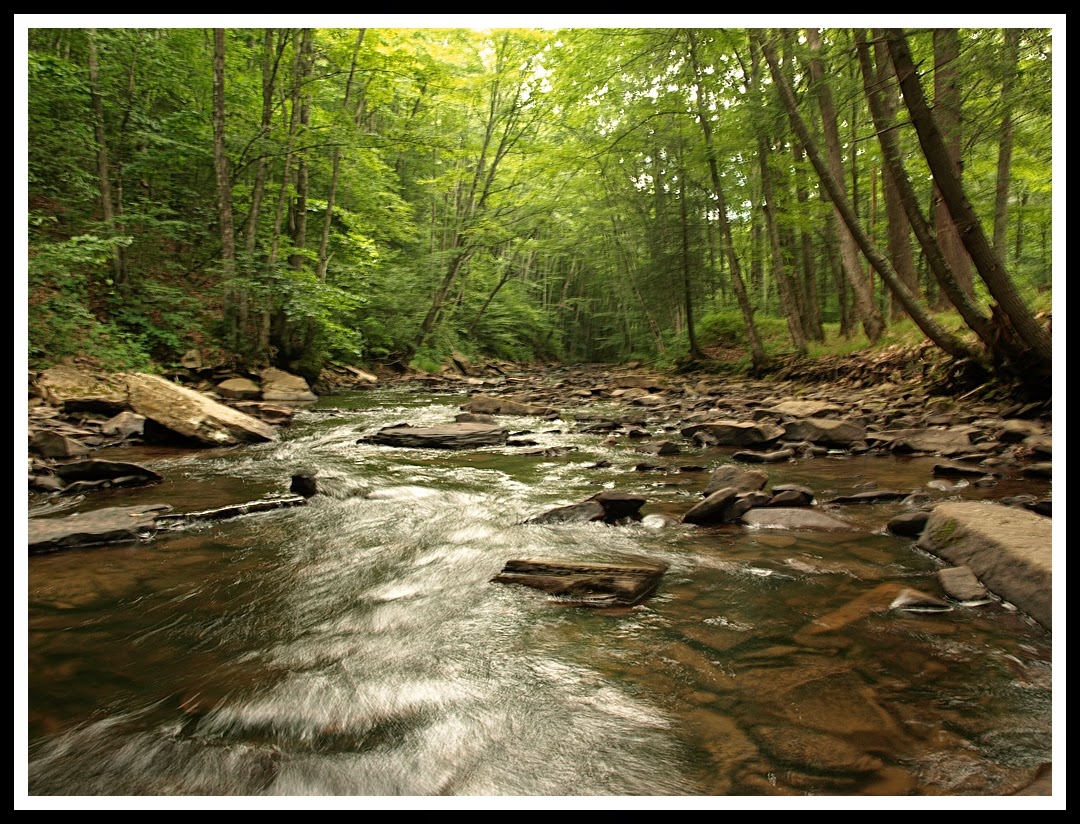 Of course, as usual, I took tons of photos....won't bore you with more water, rocks and trees!  You get the idea!  Welcome to my back yard!

It did finally start raining off and on....rain, sun, rain, sun....a little too wet to eat dinner outside, but my view from the dining area was nice and peaceful...along with a mango pina colada!  Might have to have two of those!  I knew I brought my Ninja blender along for more than "healthy" smoothies!! 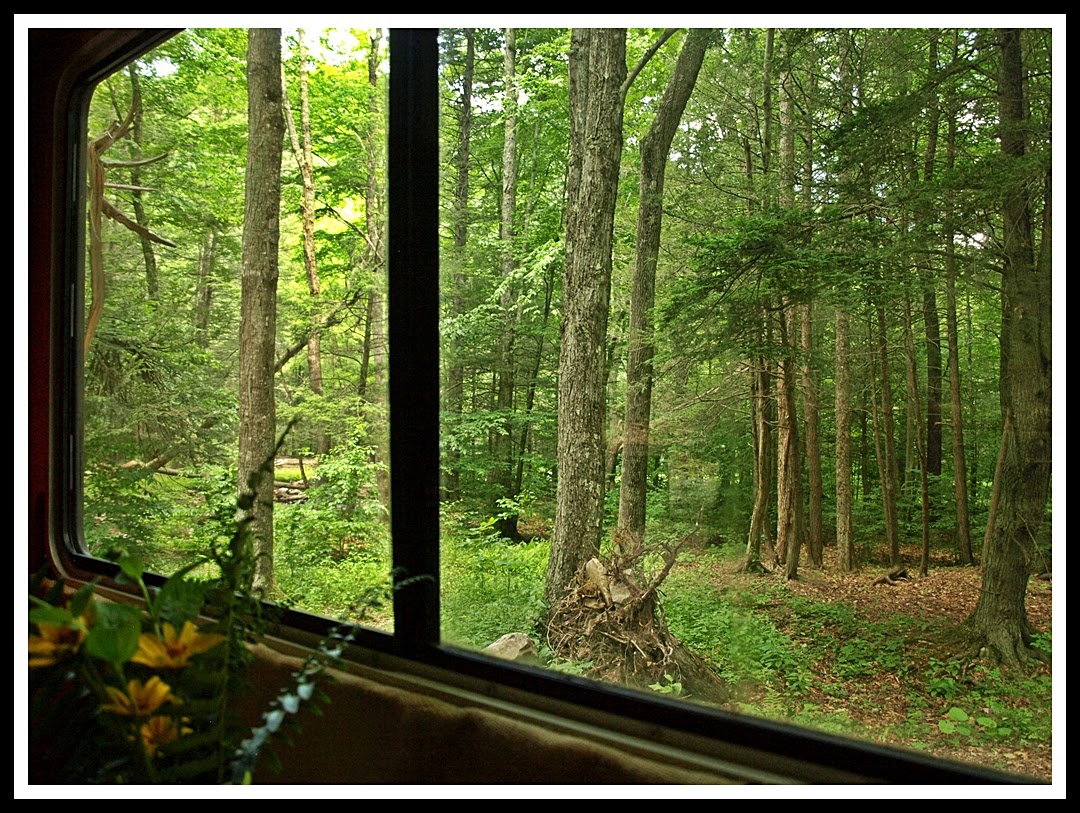 When there weren't raindrops, I kept venturing outside so as to not lose the glow of the great site I had!  I know every day won't be like it has been so far in this adventure, but for now....just "stay in the moment" ! I went to the creek for one last short walk and left my mark--- 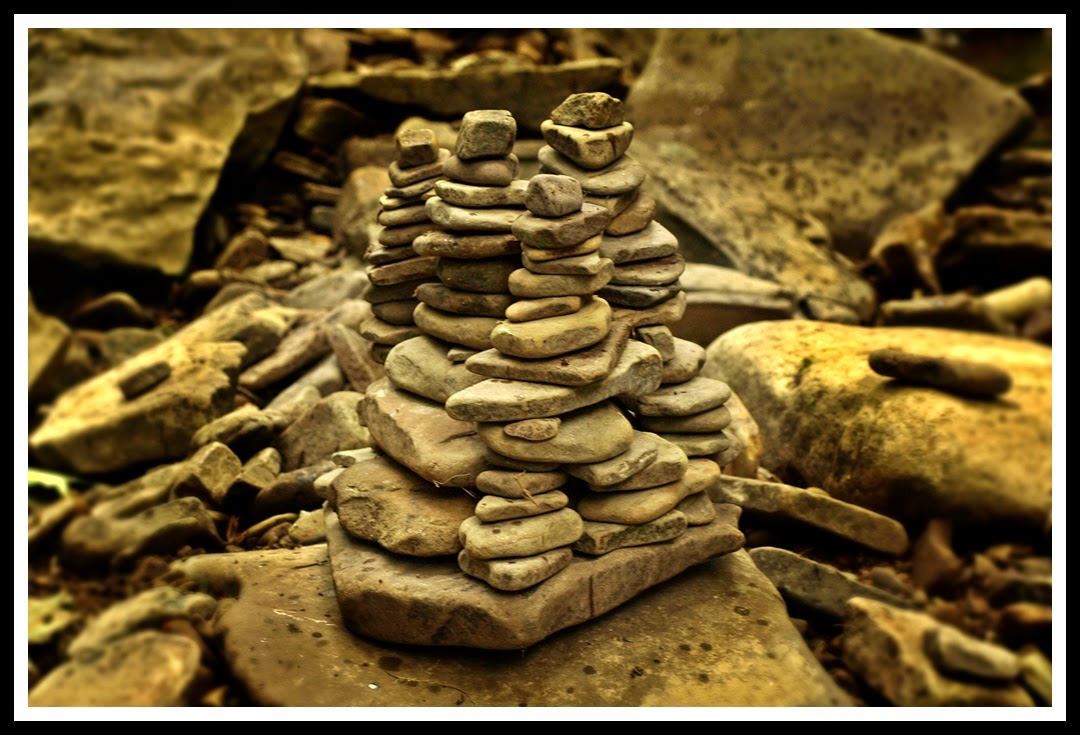 Night fell and all I could hear were the night creek creatures and the water gurgling by....it was about 65* and low humidity.  Perfection!  Off to sleep.....Thanks, John, for telling me about this great spot!  I have a new appreciation for West Virginia!