The day started off a little breezy, but I didn't think much about it...not uncommon when you are near ocean water.  So....a bike ride was in order!  I puttered around getting my things together and knew it was just a mere 16 miles over the Beaufort.  Off I went!

There's a dock of fishing boats very near my hosts' house and on my way out.  I liked them when I was here before...and I still like them!  I like all the paraphernalia, rust, nets, rigging, gidgets and gadgets... 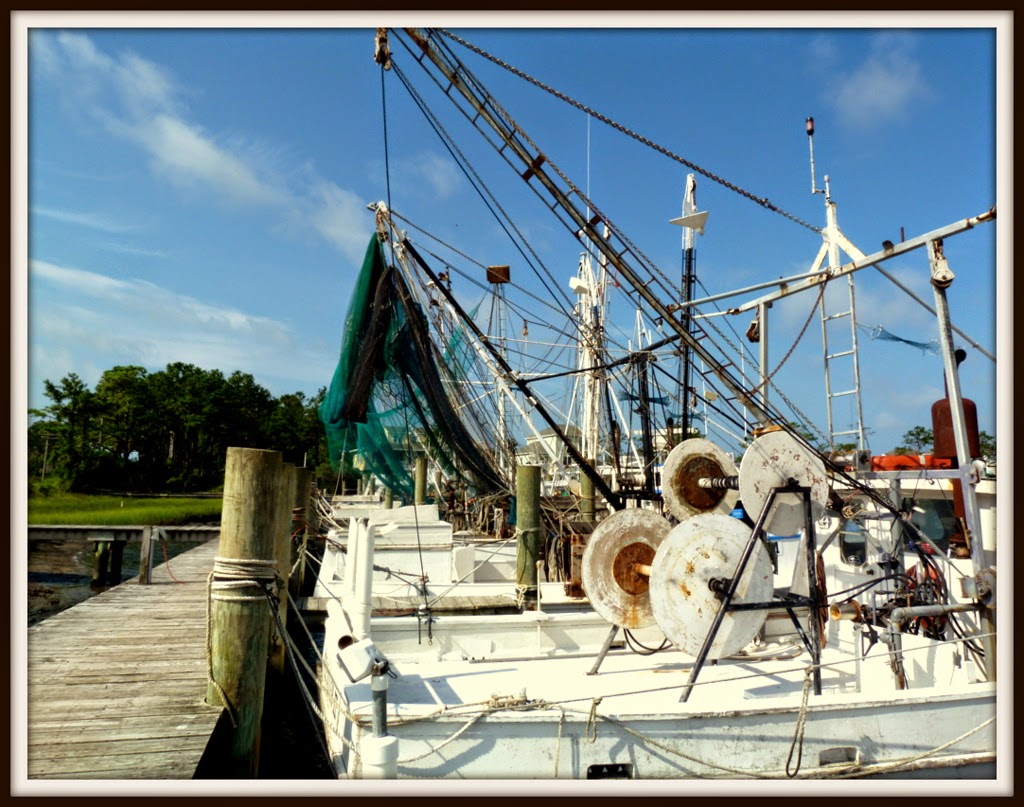 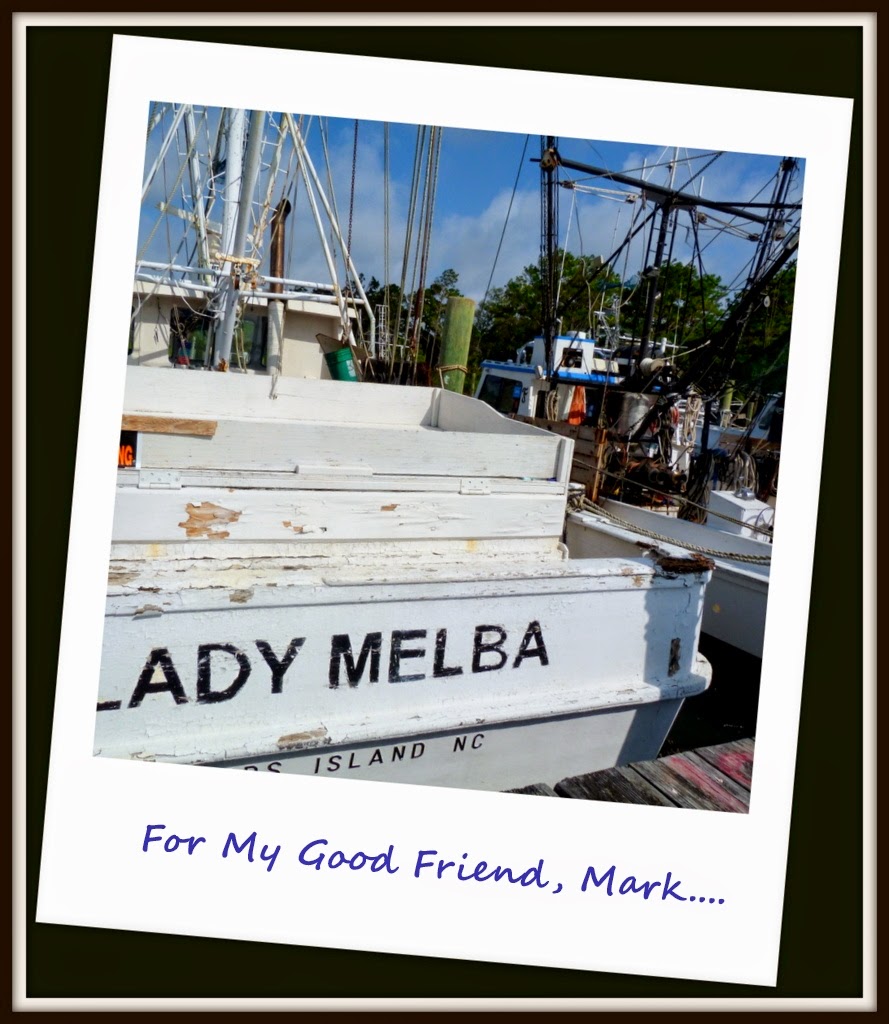 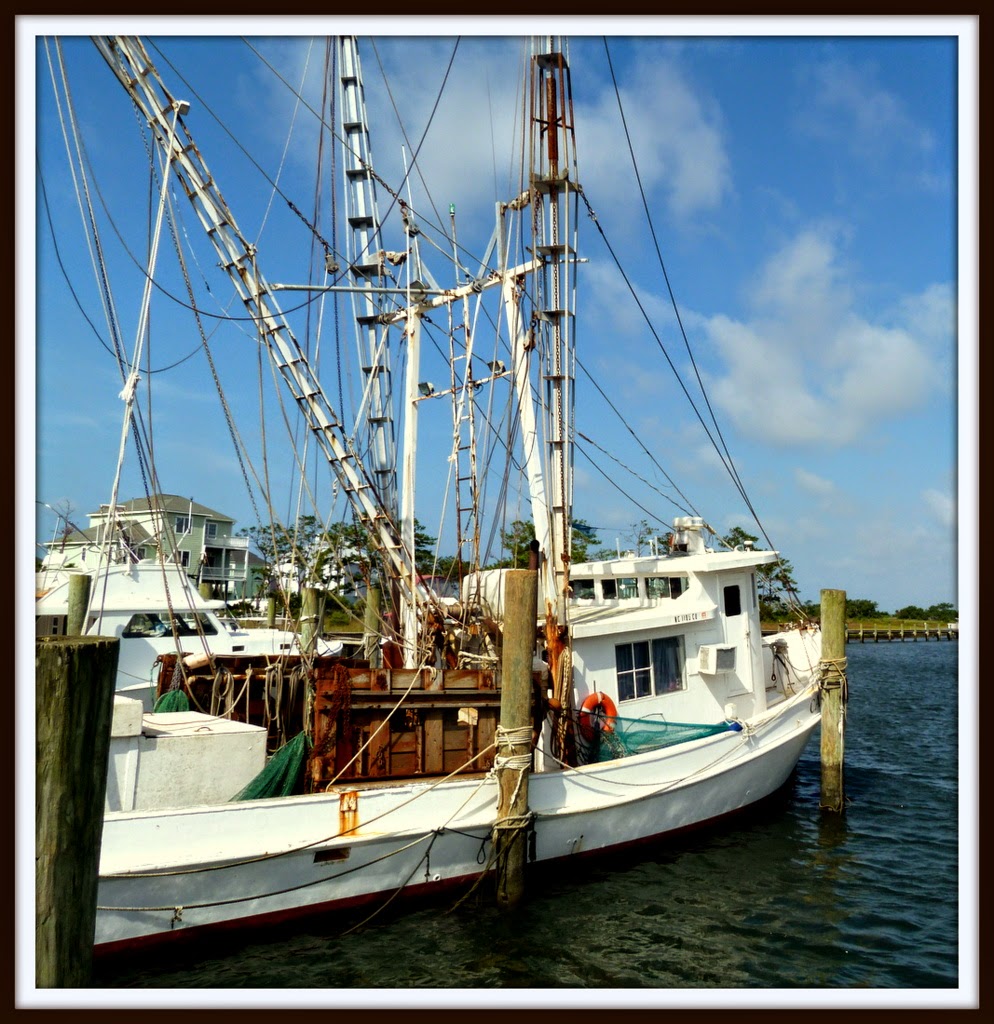 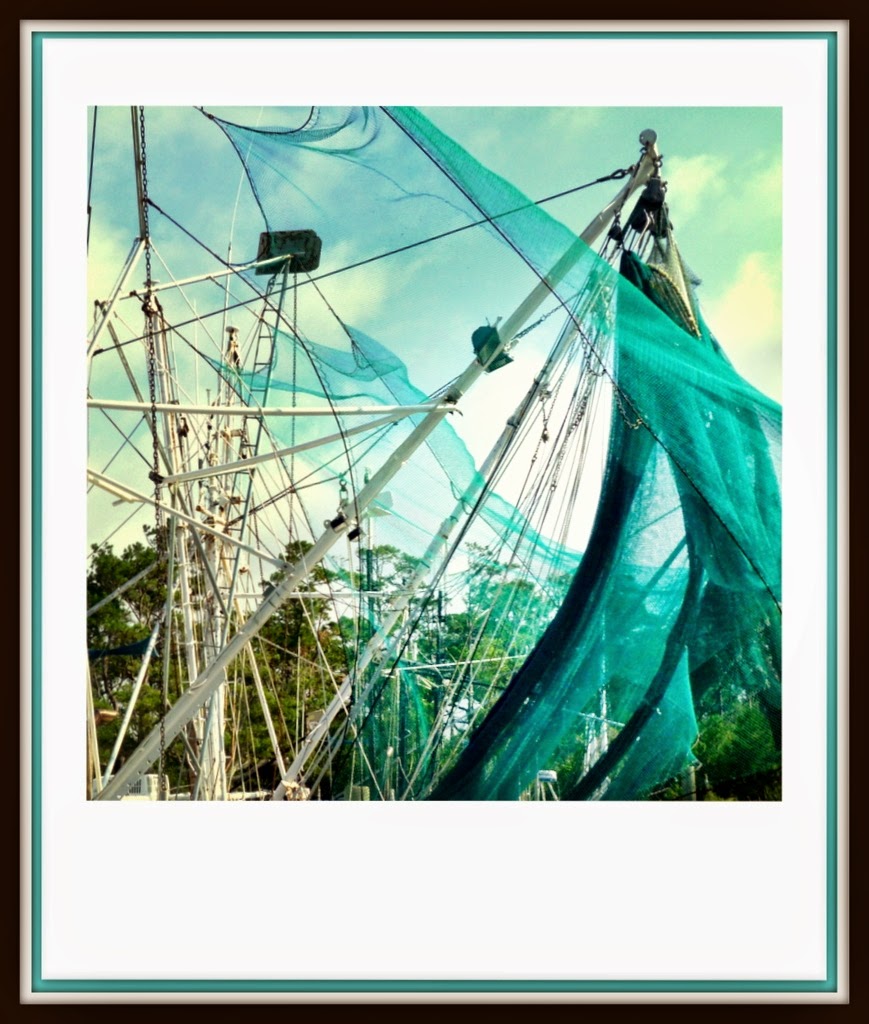 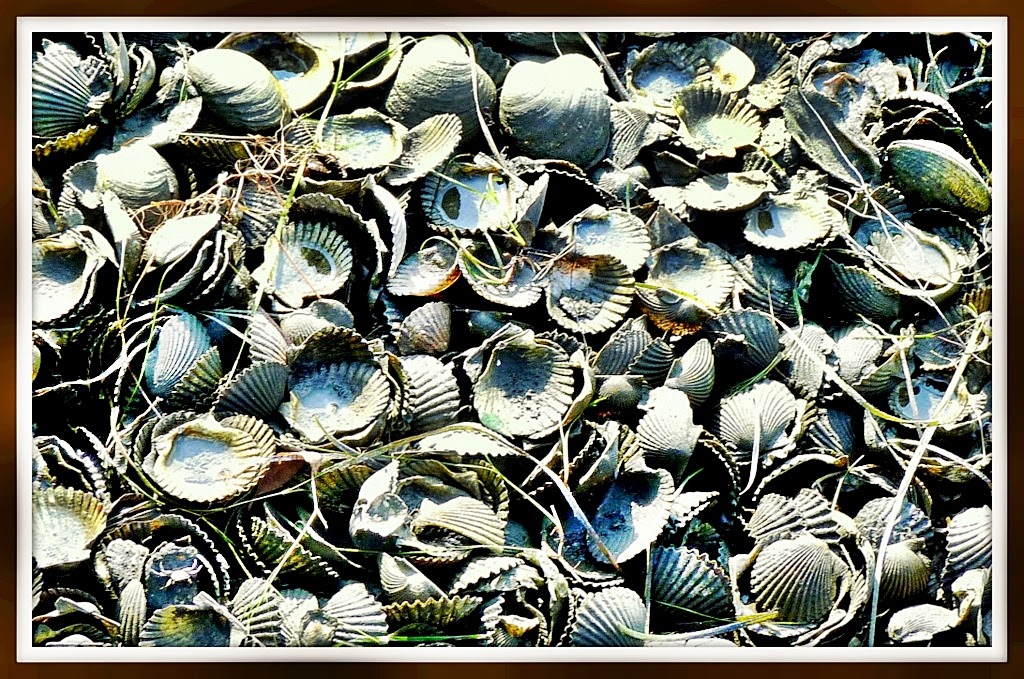 Today I'll be crossing the draw bridge, off the island.  For safety's sake, I walked my bike across the draw bridge.  There isn't a lot of room for cars AND bikes.

It was still relatively early, and the sun was still low, so I stopped for a couple of photo opps right over the bridge.  Love the clouds! 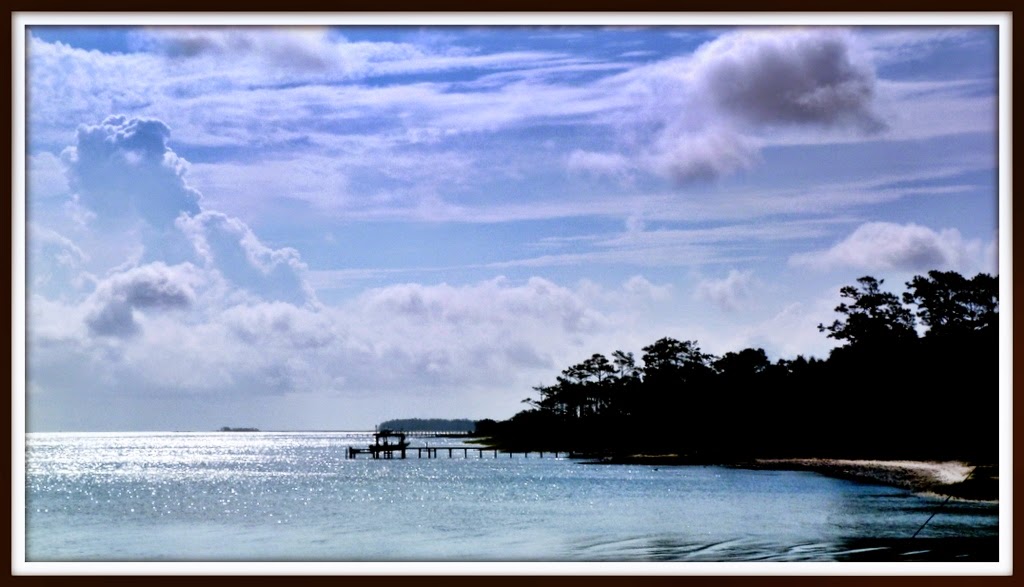 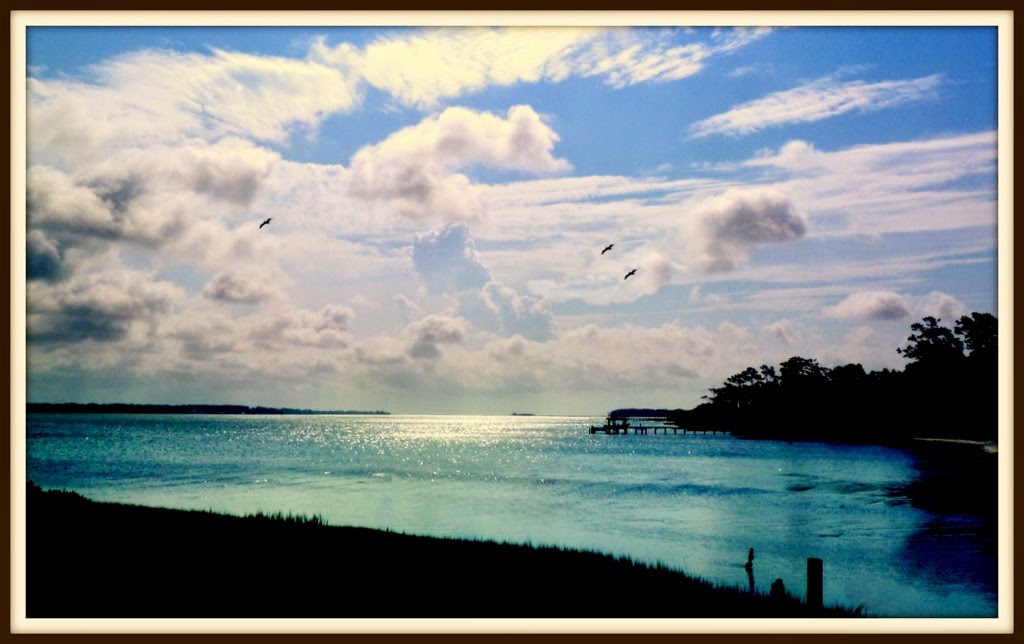 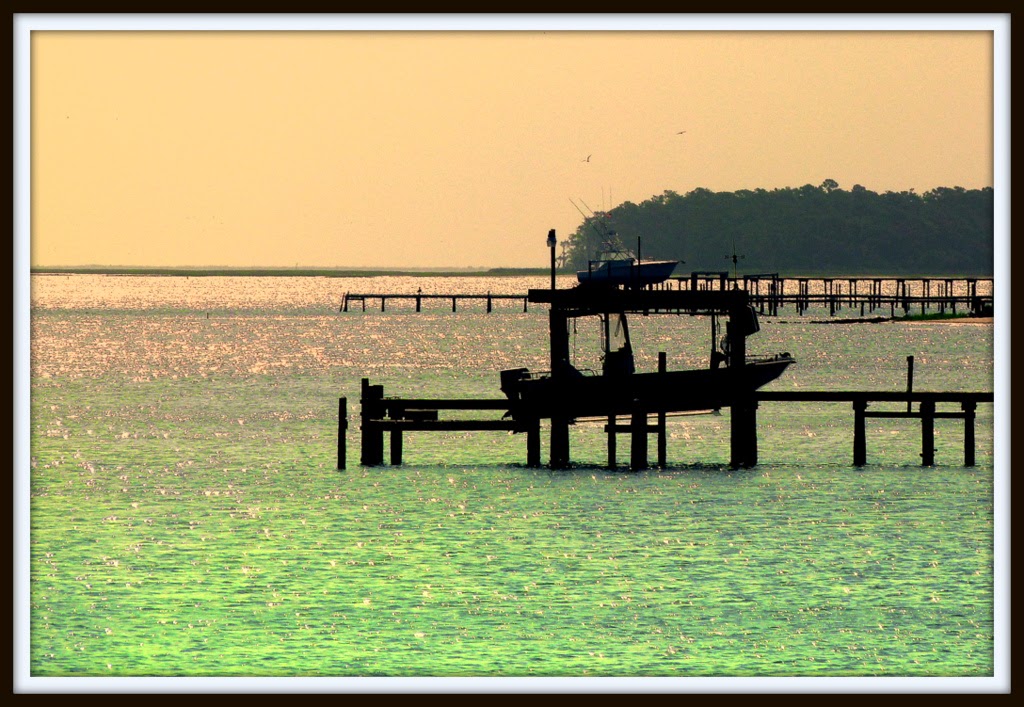 I was thinking there shouldn't be much traffic on a typical week day eventho' this is the only way off the island.  And...there wasn't much traffic, but the speed limit changes from 45 to 55 just over the bridge. That's kind of fast for cars to be whizzing by, but there weren't that many and the way the road is configured it seemed easy enough for them to see me.

I'm pedaling, pedaling, pedaling....for about 8 miles.  Then..... it goes from easy breezy to wild and windy!  I think twice about going on to Beaufort and turn around.  I was right in the head winds.  What a work out! But I took my time, changed gears often and found spots to stop for water and leg breaks.

But I wasn't going to let a day go by without a couple more photos!  So, just before reaching the draw bridge again, on the return, I stopped along the water for a few minutes.  This time on the other side of the road. 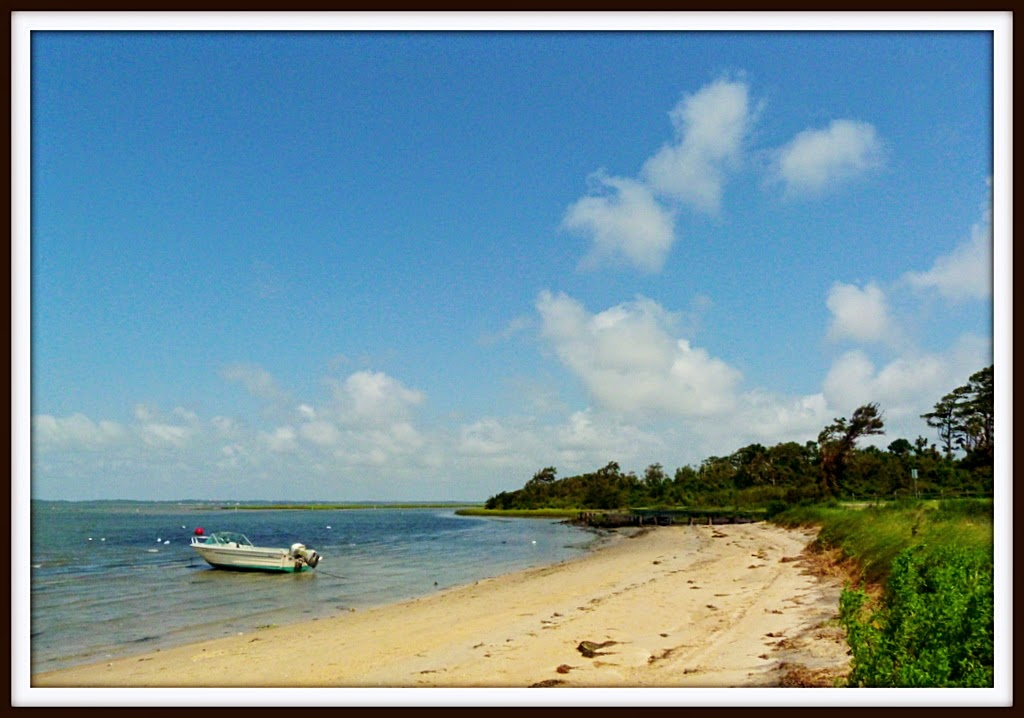 Hard to get the perspective, but there were some mighty large clam shells on this little beach!  Made me think of clams casino and angle hair pasta with garlicky clam sauce!  Mmmmmmmm..... 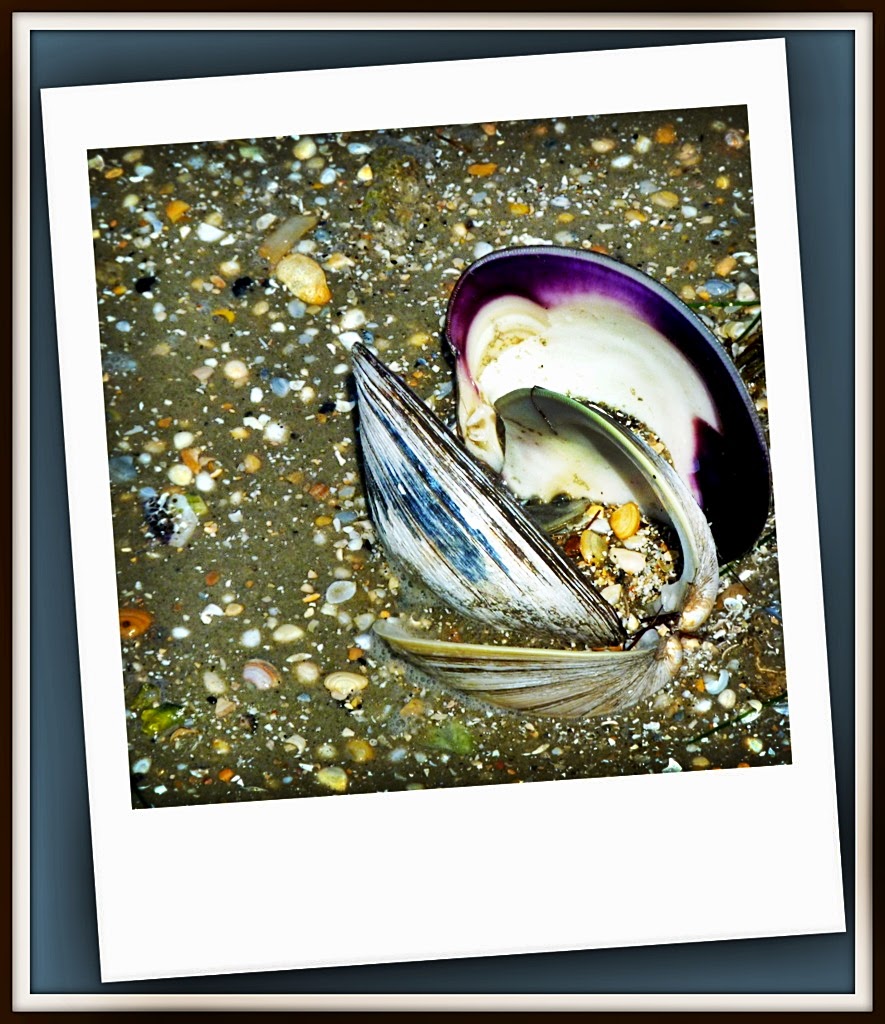 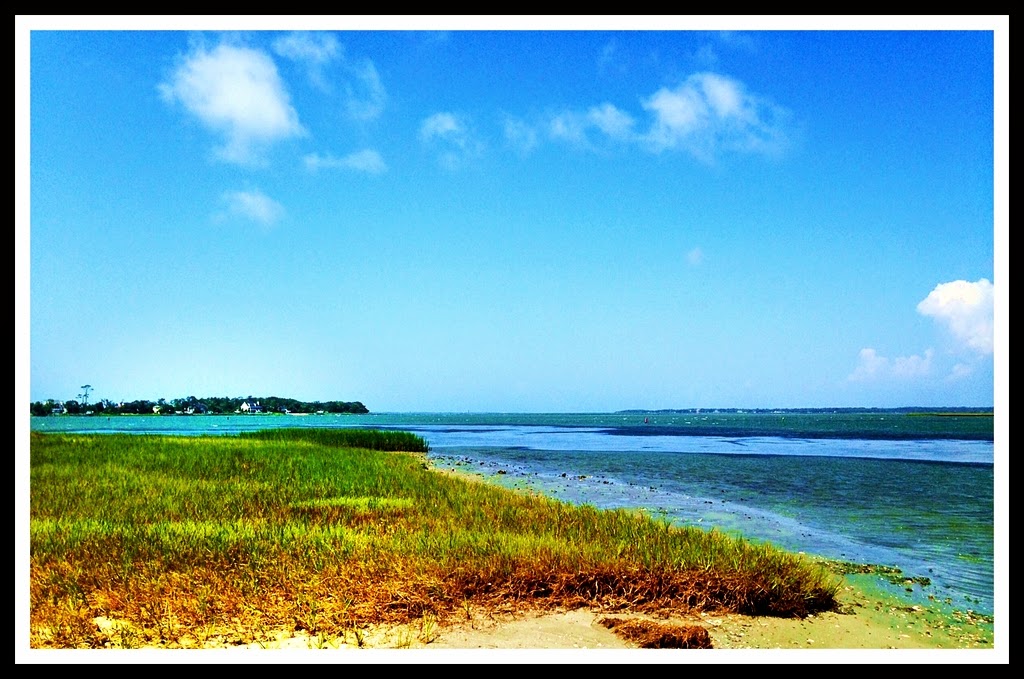 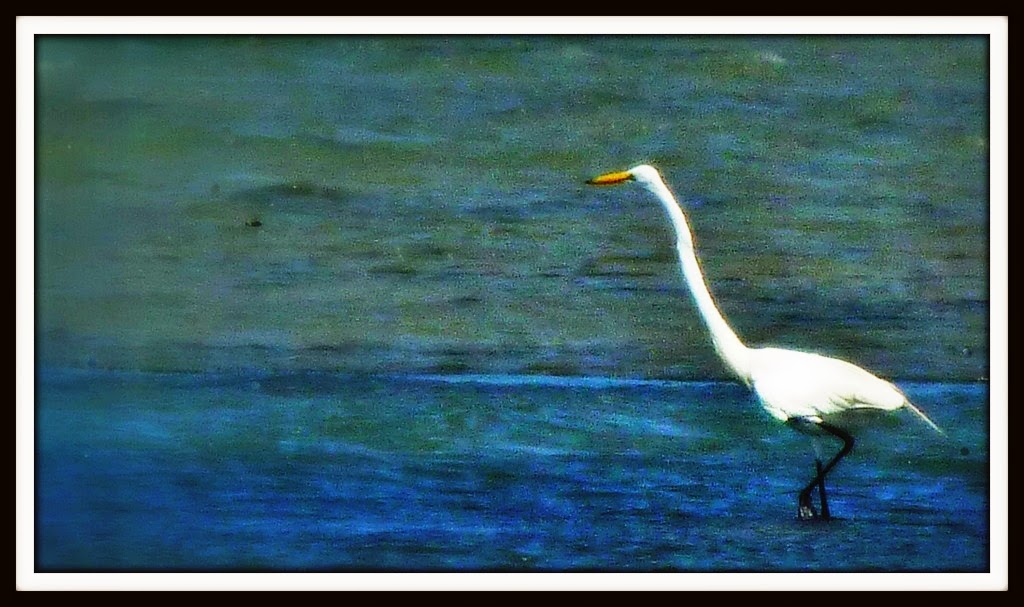 Then, back over the bridge....walking the bike again.  If I'd tried riding it over in this wind, I probably would have ended up in the water!  Got back to the RV and rested for a little while, checked email, made a sandwich, began researching my potential camp sites after I leave here and immersed myself in another book.  Love my Kindle Fire!

Later in the afternoon, I decided to walk over to the neighborhood's marina.  Just wanted to sit by the water with the sun and salty wind in my face.  And it was high tide!  Picked up the Kindle and strolled over... 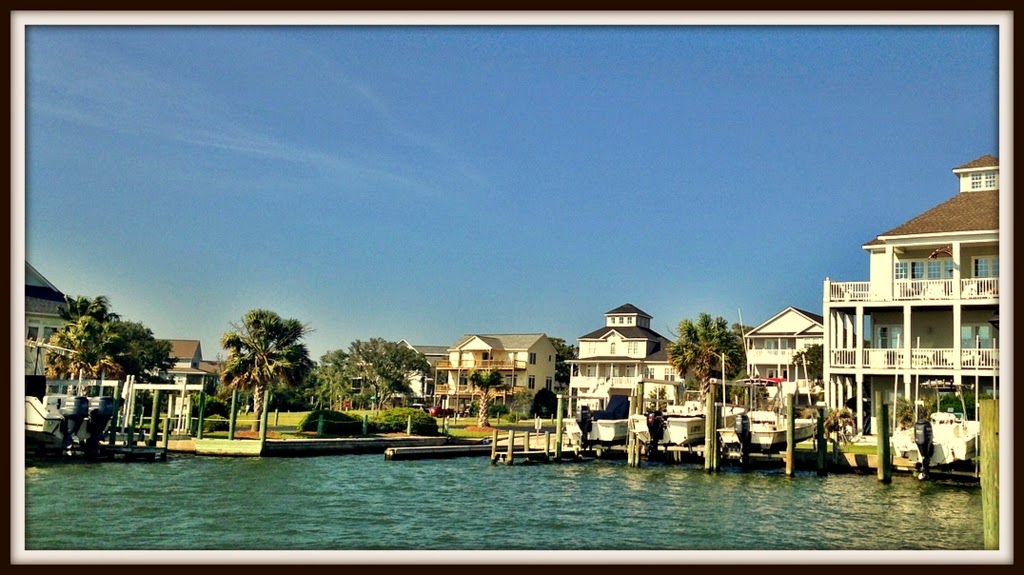 I sat there by the water for about two hours....so nice and "ocean-y" especially with the water being up.  You can see the swells in the water....and the flag...straight out.  It is definitely windy, but nice! 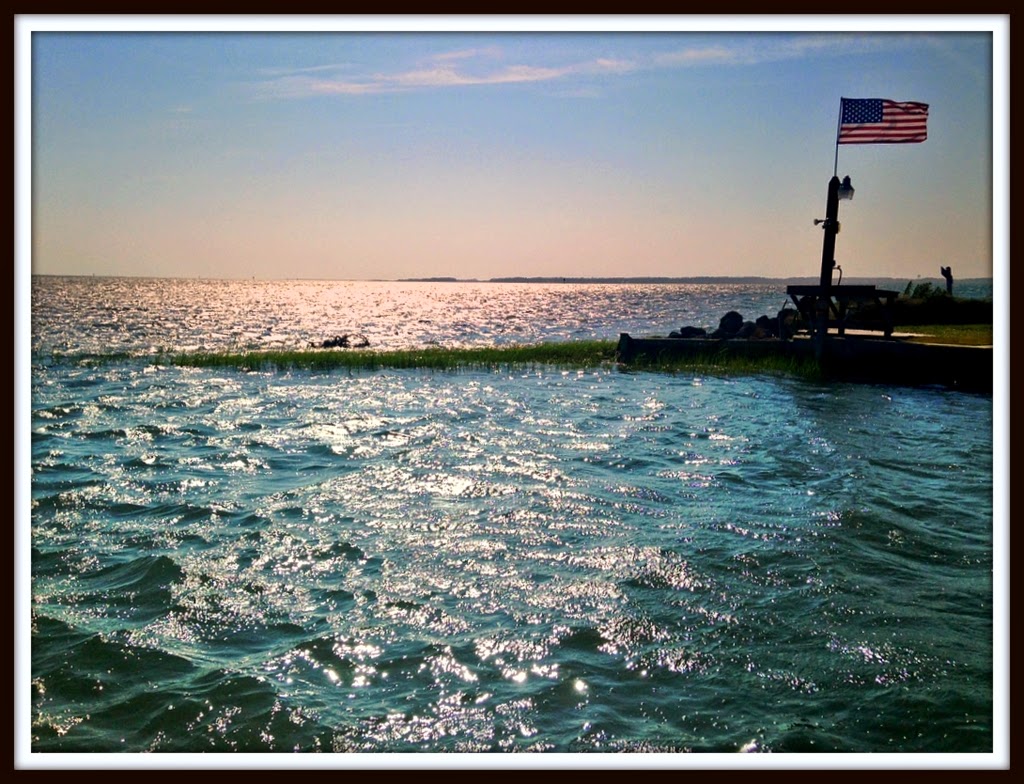 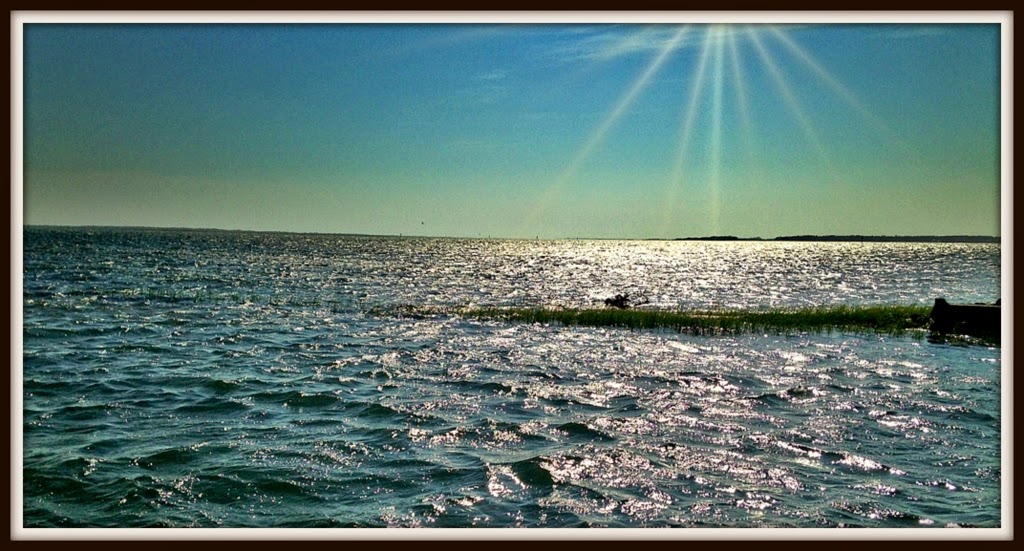 Read my book and thought about tomorrow's activities.  There's rain in the forecast after tomorrow.  If it does actually rain for a few days, that will be the first significant rainy days I will have had since I started my adventure!  Pretty lucky!

That's it for today.... time for dinner...pot roast -- good, down home, southern style!  Nothing better!