Yesterday afternoon and today consisted of checking out historic Charleston, SC.  There are numerous very, very old cemeteries here...so, naturally I made a bee line for some of them.  I took scores of photographs in each one, however, as hard as it was for me, I narrowed it down to showing only two photos from each....I lied....three for the first one.

First, yesterday I went to Magnolia Cemetery.  It is HUGE!  Three photos do not begin to represent this cemetery...23 might be better!  Upon entering the first sign I saw was "Please Do Not Feed the Alligators" !  The cemetery has a very large pond of swamp-ish water....with a bridge going over it at one point connecting two sections of the cemetery.  On one side of the cemetery is a swamp marsh that goes on forever. There was so much to see here!  Magnificent history, including military, elaborate monuments (even a mammoth pyramid crypt) and old, very interesting markers. I think I made my way around most of it...but only by moving the car here and there. 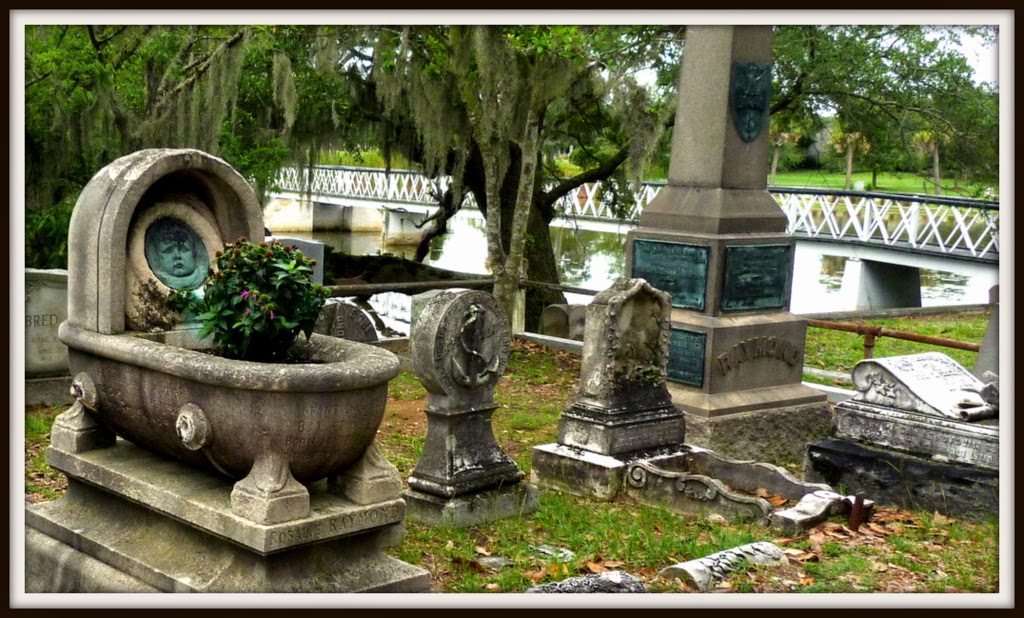 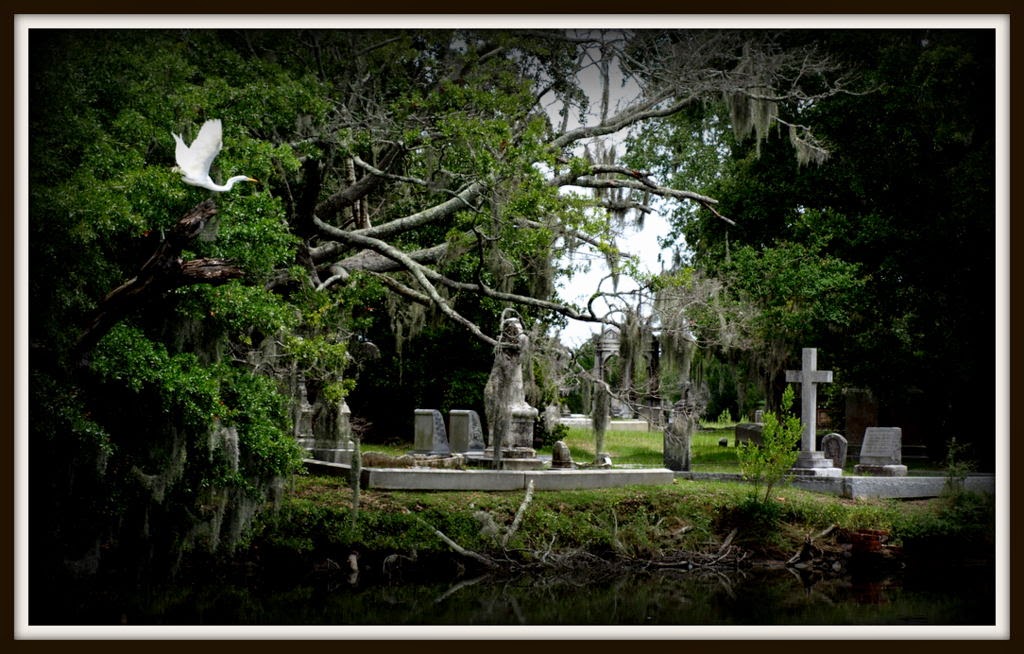 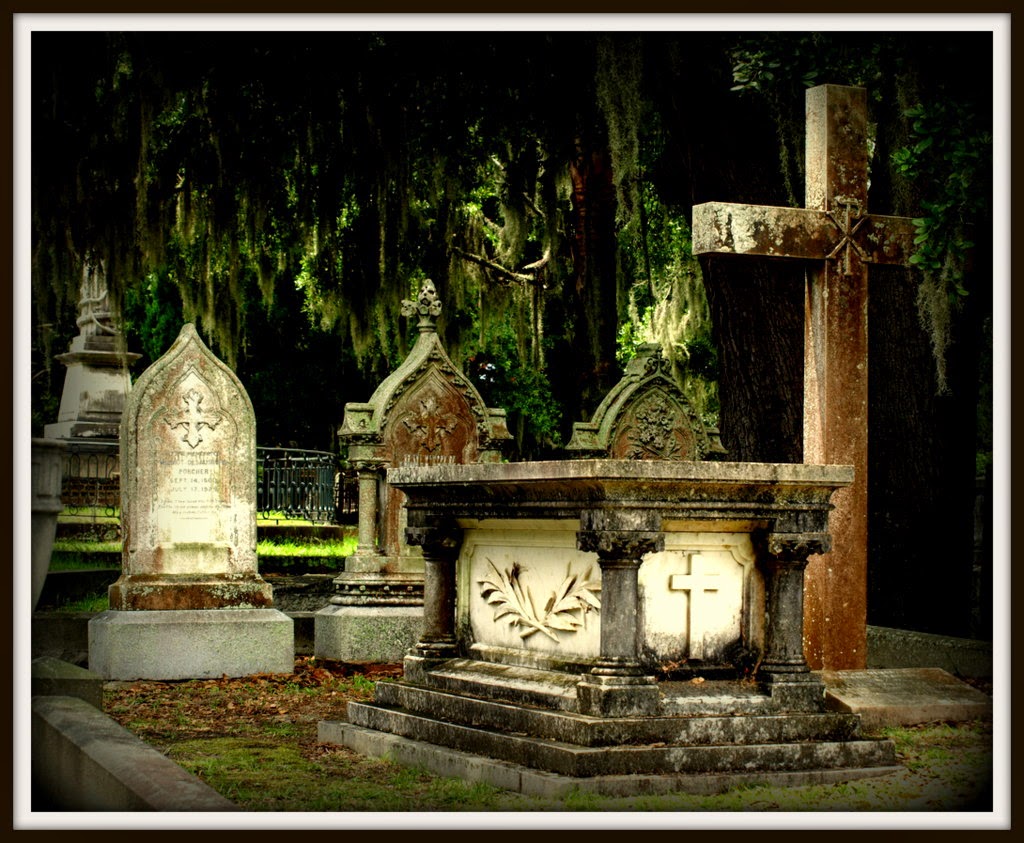 Across the street from the Magnolia Cemetery is the Bethany Cemetery...which was a surprise.  It was not on my list.  It was interesting to see a lot of German names and markers actually written in German. 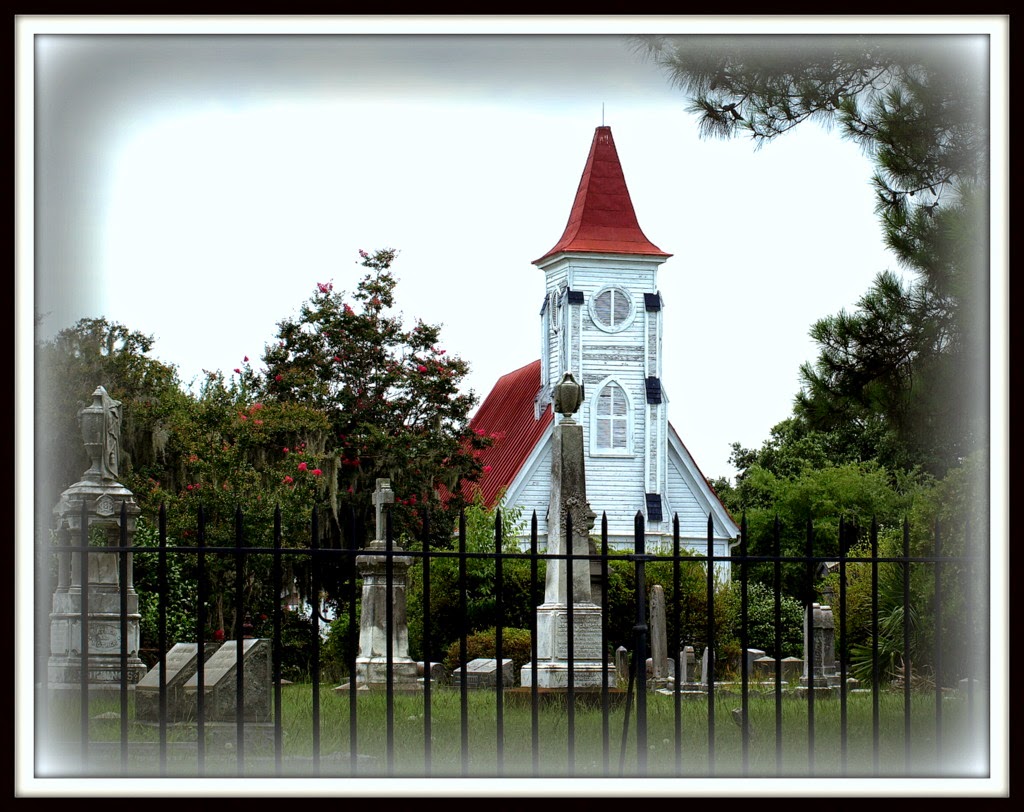 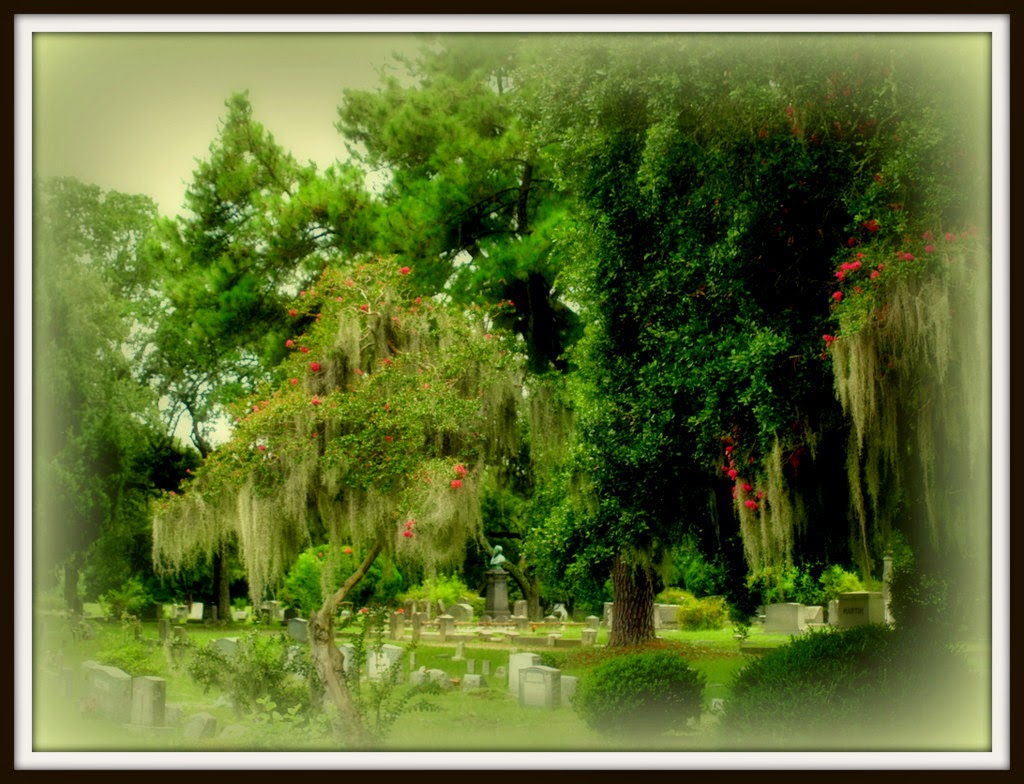 Today was centered around 'downtown'.  It was raining early on, so I initially considered the art museum, however, once I got downtown, it cleared off and was a beautiful day.  I started on Meeting Street and made my way to some adjacent streets and finally down to the far end of East Bay.  I first come upon the unique Circular Congregational Church.  It is likely the oldest English cemetery in Charleston. The oldest unmarked grave is from 1695.  The earliest inscribed stone is 1729.  In these times, there were a lot of eerie markers. 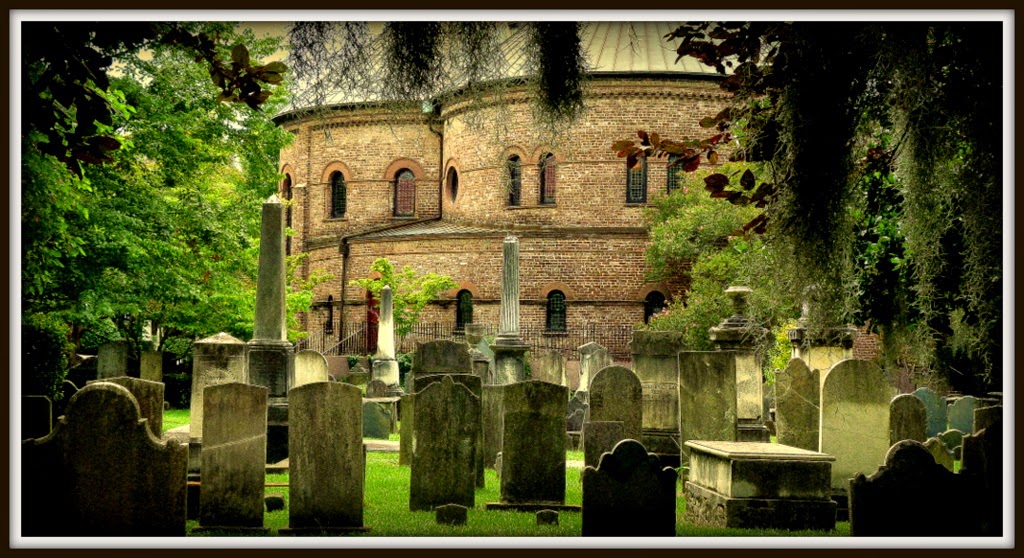 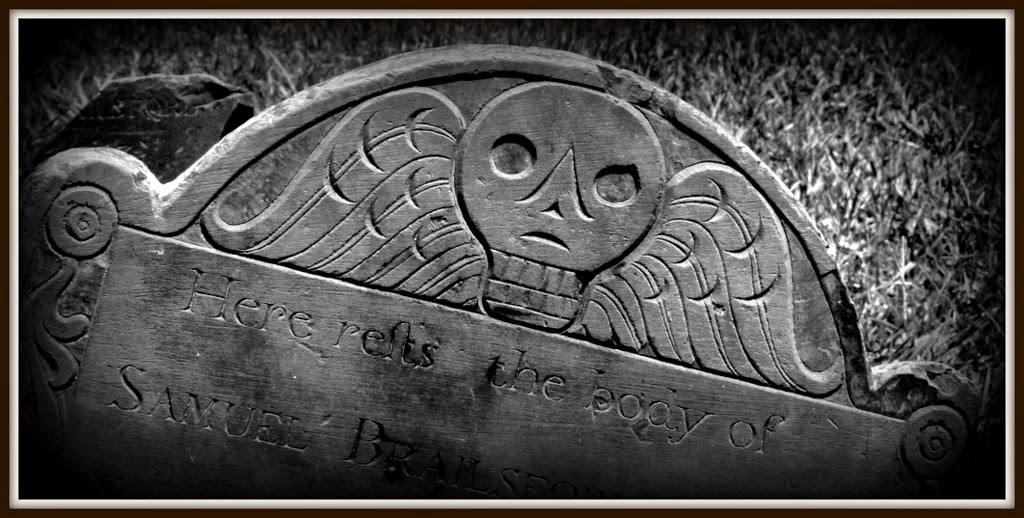 I almost went past St. Michael's Church without going in, but I was glad I changed my mind.  St. Michael's is the oldest church edifice in Charleston.  The cornerstone was laid in 1752 and the church opened for services in 1761.  The pews, made of cedar, are not long rows of seating.  They are enclosed boxes with doors which seat 4-6 people each.  The present chancel decoration was executed by Tiffany in 1905.  The original stained glass was destroyed in 1895 during the Federal bombardment of the city.  The chandelier, ordered from London in 1803, now electrified, was first lighted with candles and later with gas.  The original organ was made by John Snetzler in London; it was installed in  1768.  Kenneth Jones of Bray, Ireland built a new organ to fit in and behind the Snetzler case in 1994. 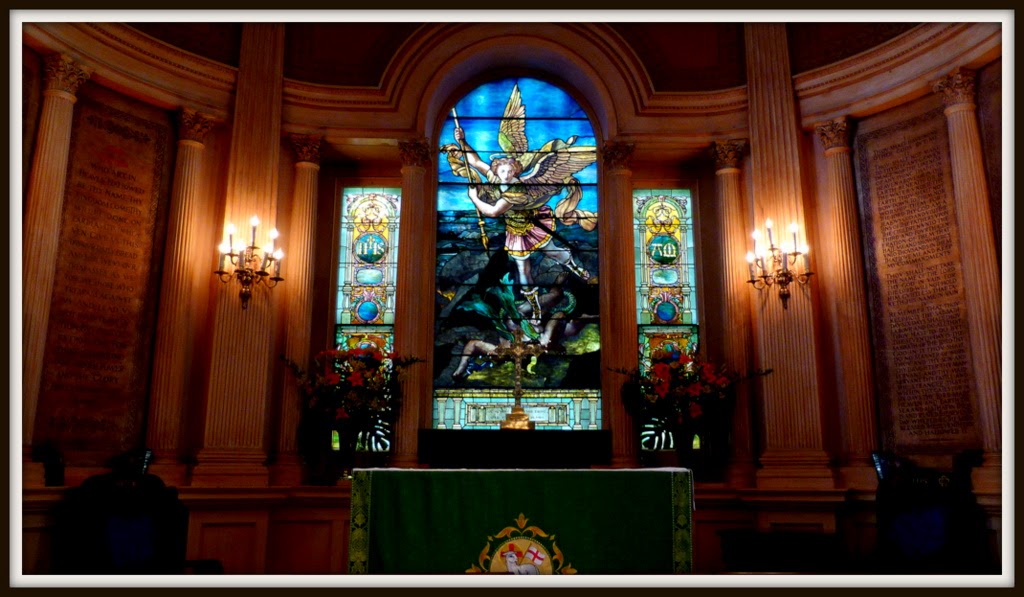 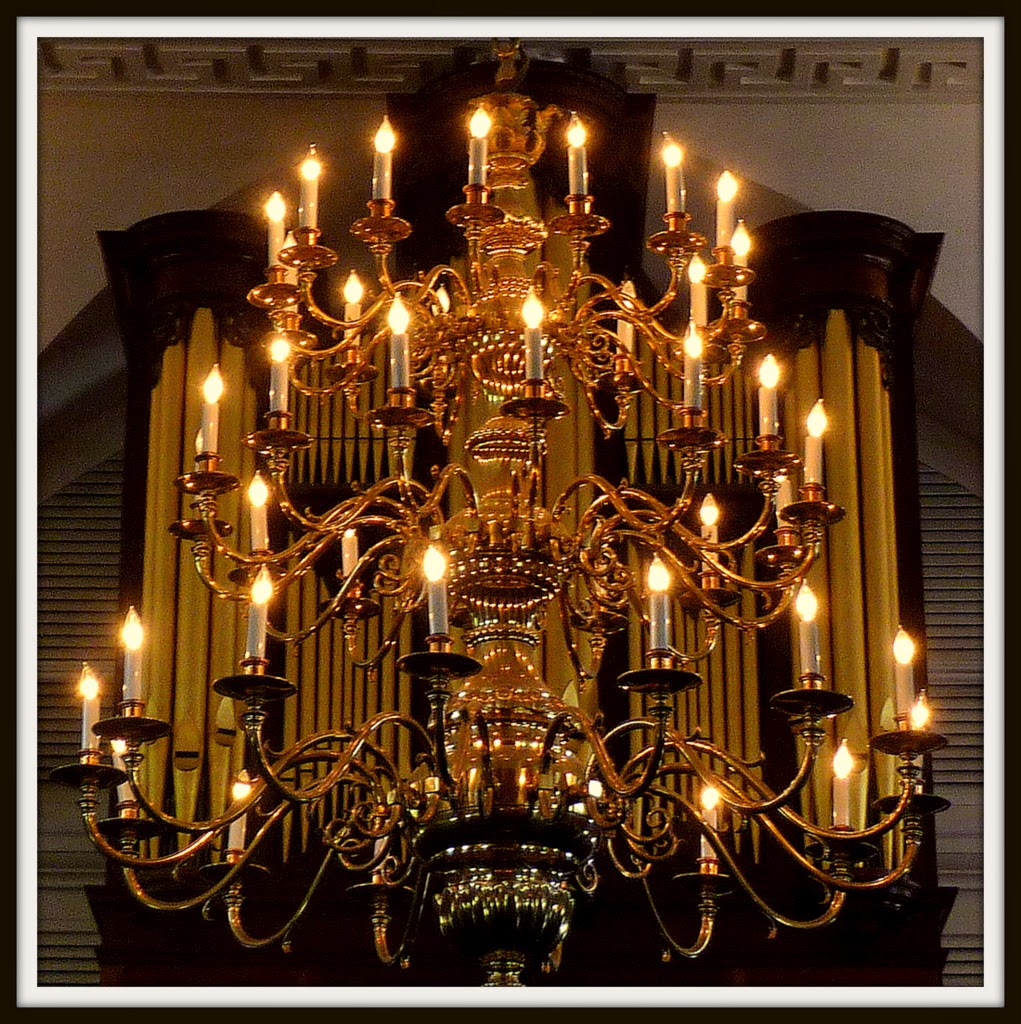 Of course, Charleston is known for it's vast array of historic homes and architecture.  Street after narrow street is lined with trees and antique stately homes.  When I saw a moving van on the street, I actually stopped and spoke to a man from southern California who was moving into their Meeting Street historic home....probably a $2.5M purchase!  He said they had considered the RV life, but went this direction instead.  That much money could get one heck of a decked out RV...and a driver! The horse drawn carriages are toting tourists everywhere. 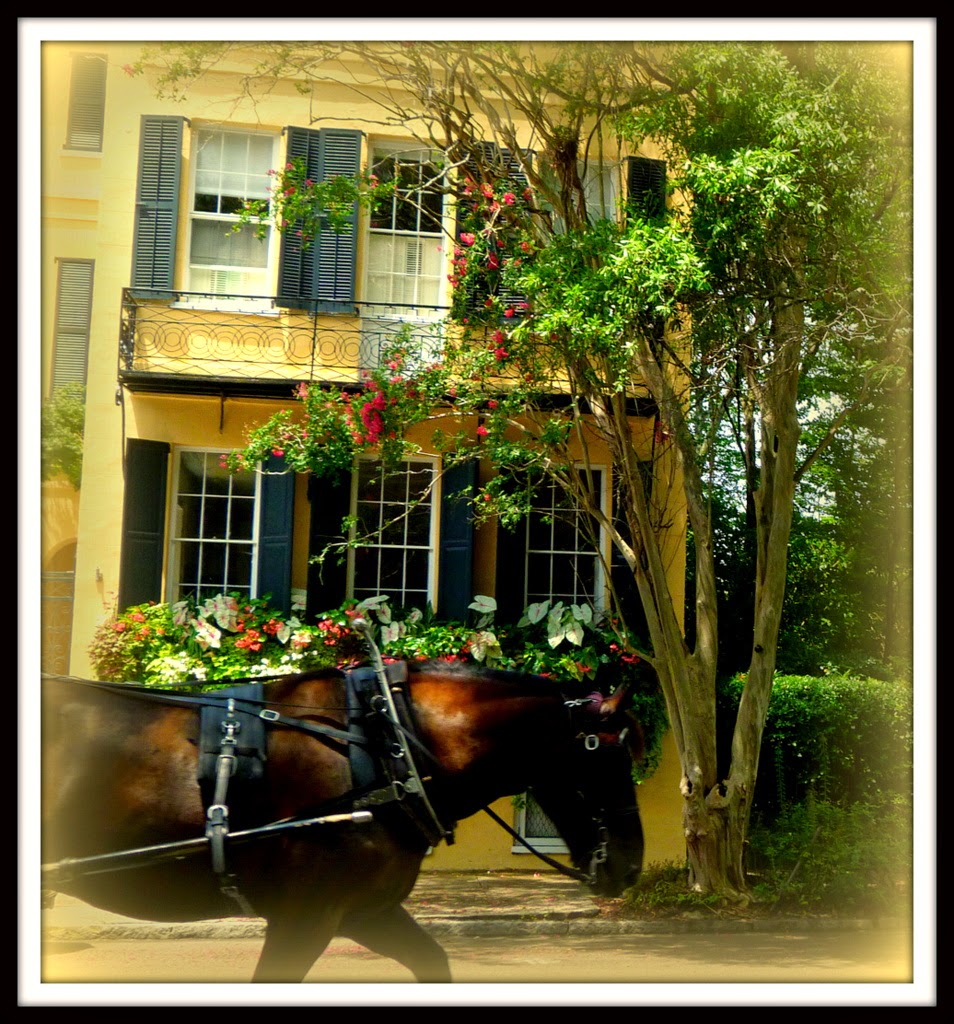 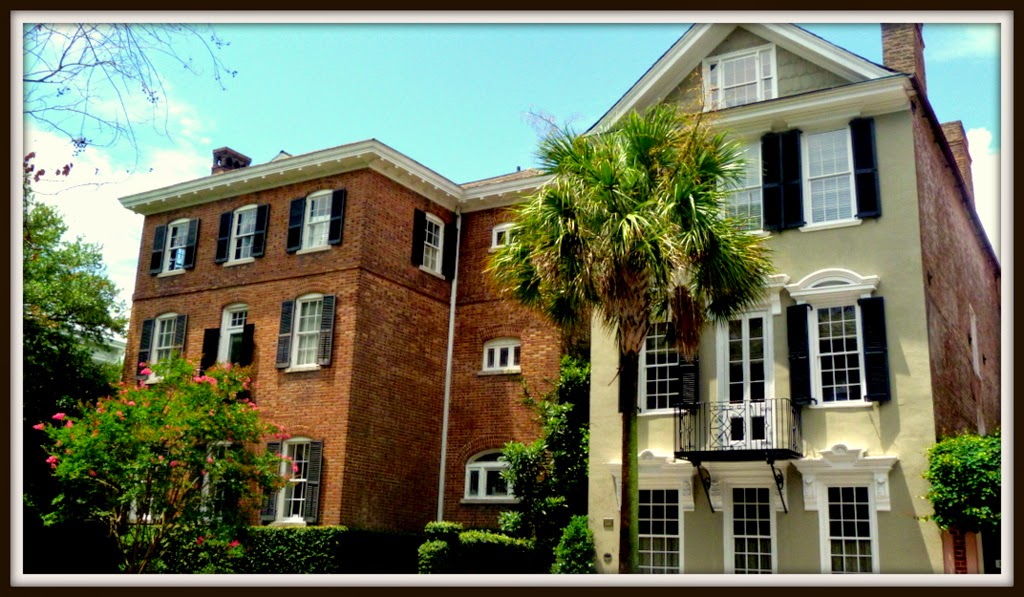 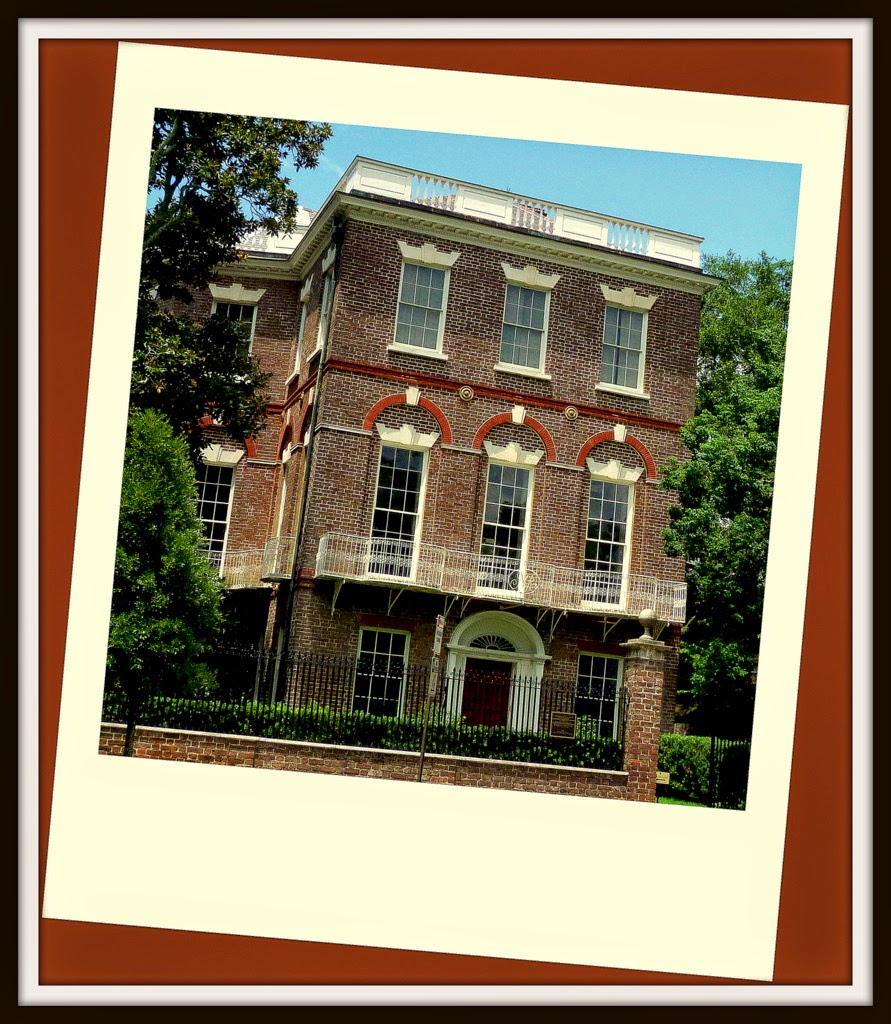 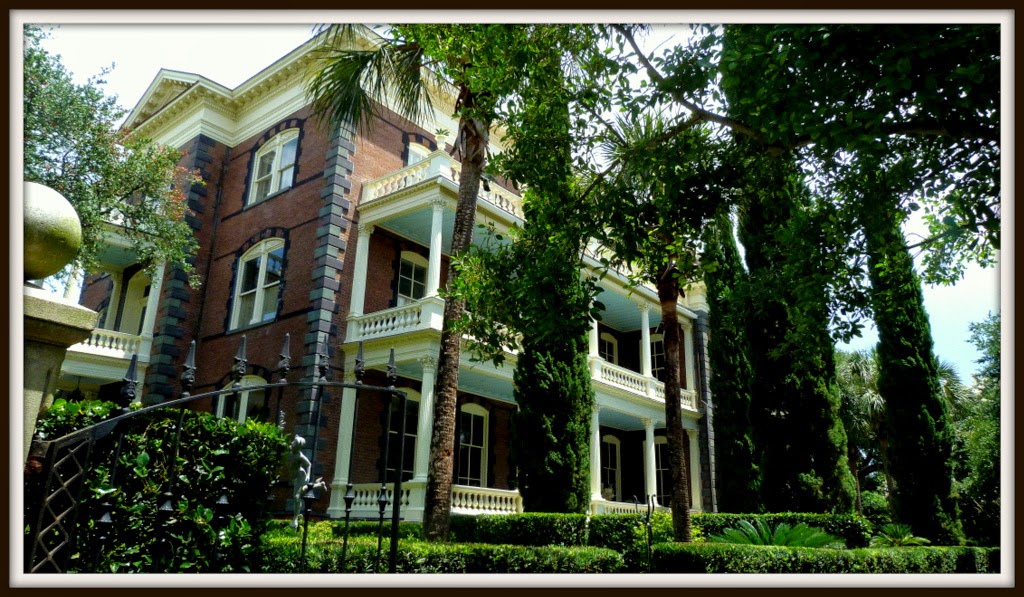 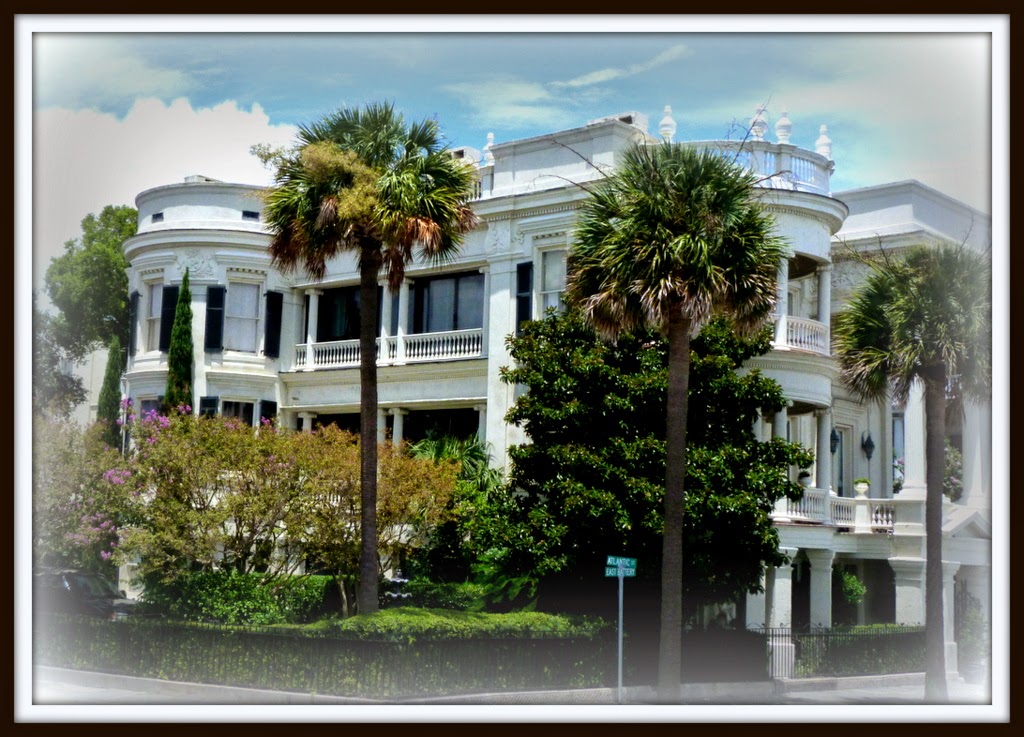 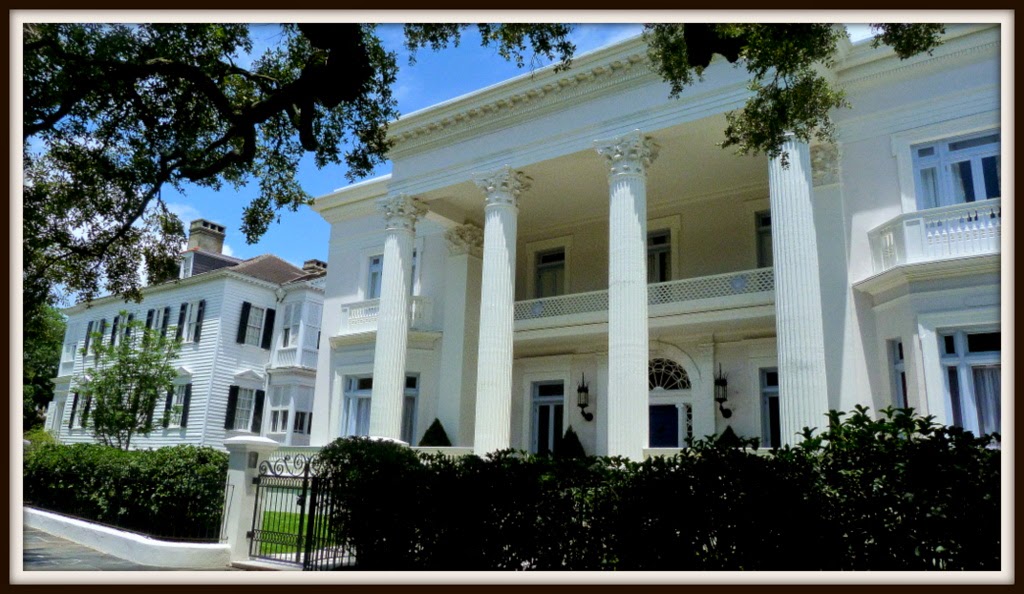 On the way back to the car, I stopped at one last church downtown...The Unitarian Church...the oldest Unitarian Church in the south...completed in 1776.  The cemetery is enveloped in overgrown grasses and wildflowers and dripping with Spanish moss. It has been purposely left to form itself in an organic way. It would be fun to take the night tour. The cemetery is supposedly haunted! There is also quite a bit of decorative ironwork throughout the property. 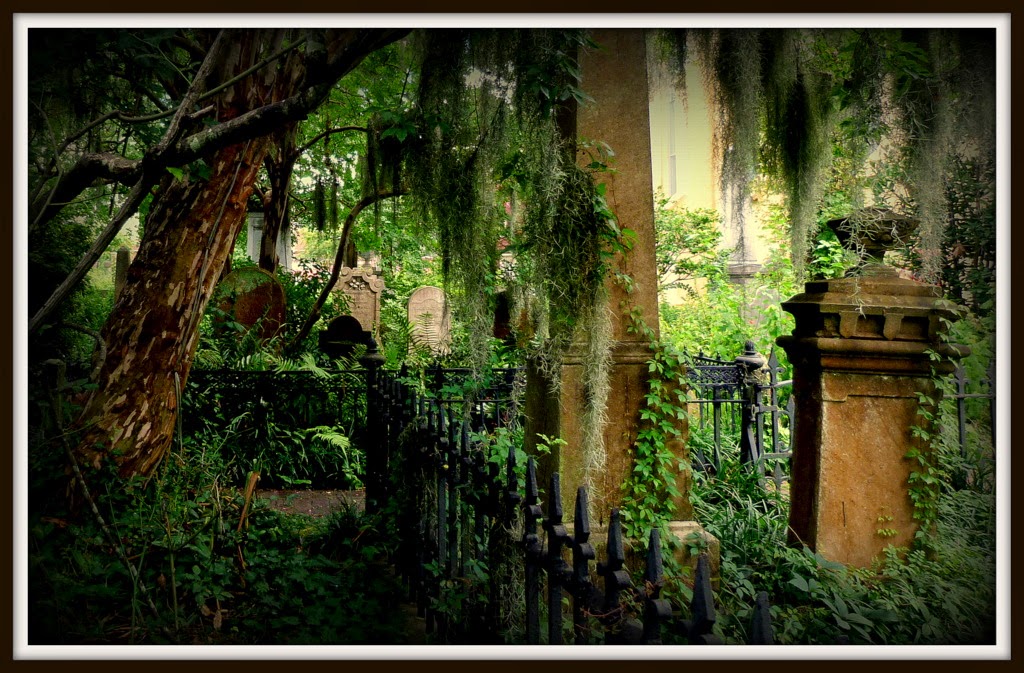 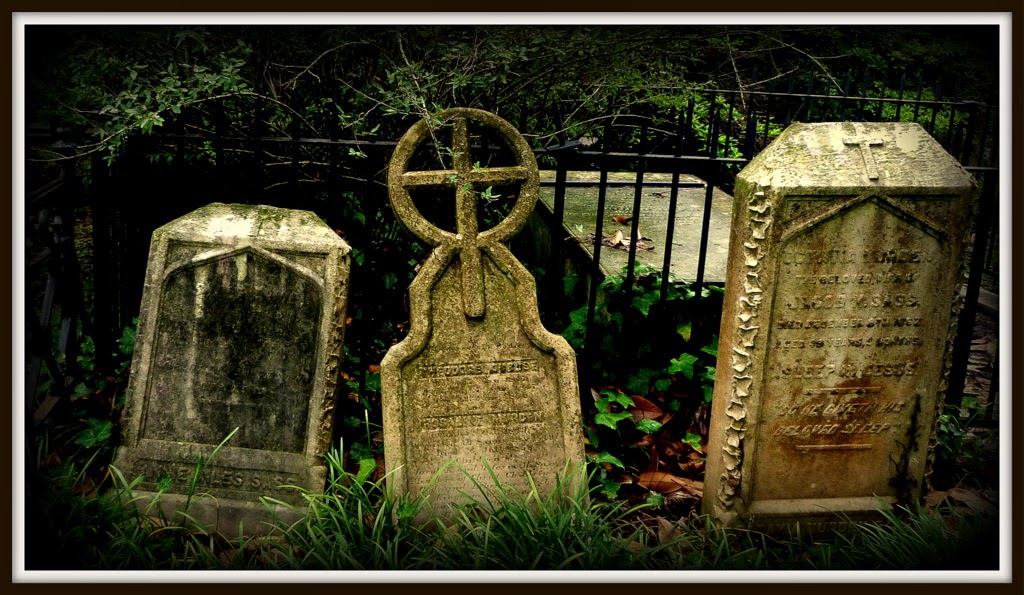 That concludes the past two days' exploring Charleston's downtown and cemeteries.  But, of course, no day would be complete without a little "nature". 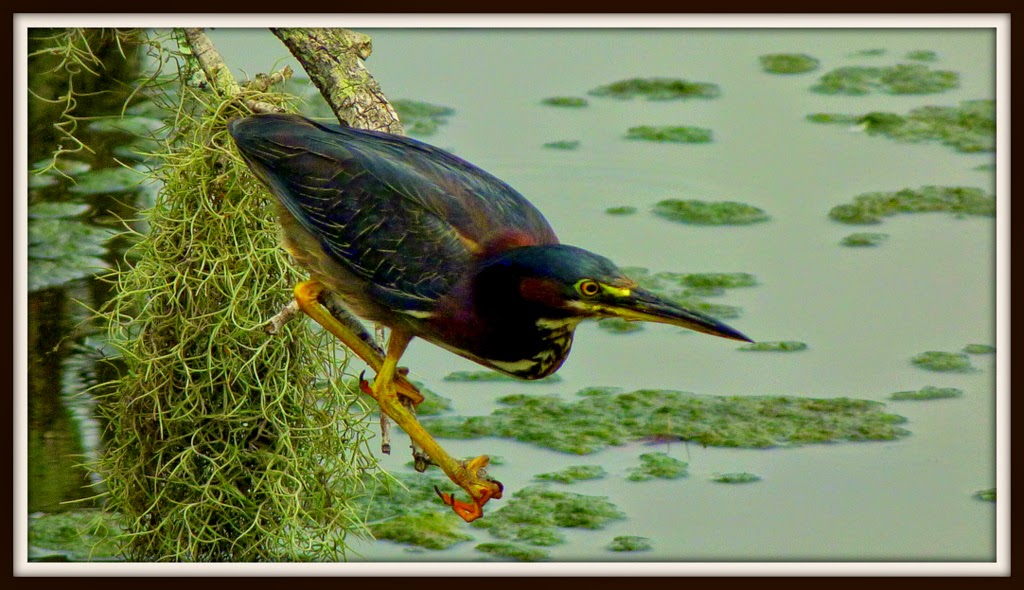